In this guide Deathblade PVP guide, I will try to help you with my recommendations for builds/stats and combos.

Feel free to ask me any questions in the comments or on my stream.

To see how Deathblade performs in both PvP and PvE meta, please, visit Lost Ark tier list by Mobalytics.

Currently, I’m running only one build for both modes (team elimination and ranked/normals).

Here’s a quick look at one I’m using so you can refer to it, I’ll have explanations of each skill below. 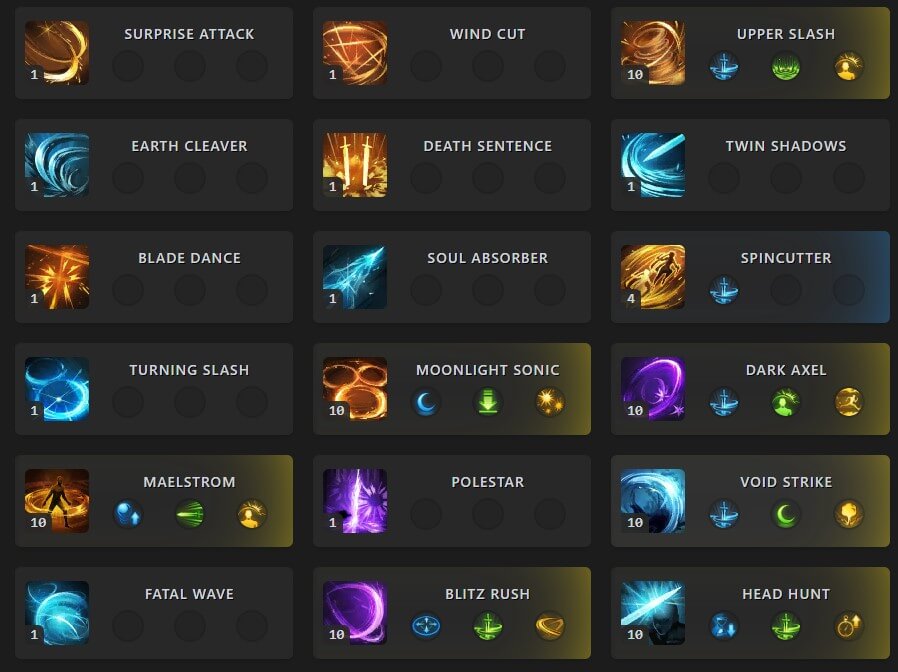 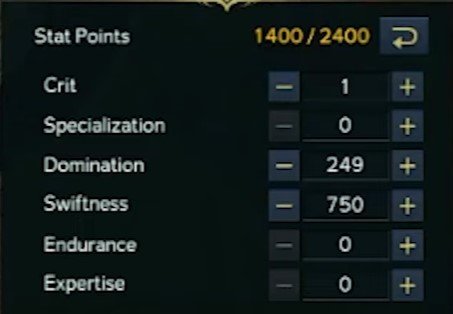 Specialization is a good option too. If you want, you could completely switch from 249 Domination to 249 Specialization.

The Identity Skill (Z) is rather OP right now in terms of damage, especially in the last seconds of the match (applies only for 3-3).

Here are some insights into my skill choices.

Jump to the timestamp in the clip below to see the combos in action:

There are a few ways of doing fundamental combos as a Deathblade.

The first one starts with Upper Slash into Void Strike – then you could go with Moonlight Sonic or Blitz Rush.

If your enemy isn’t glowing with gold/white color (this color means that your target is immune to any kind of CC right now) then don’t hesitate to use your stun into your Void Sstrike so you could use both skills. Blitz Rush + Moonlight Ssonic.

Second, if you catch someone with Dark Axel’s paralysis you’re just doing the same thing. Upper Slash into Void Strike.

If you don’t have something you could change it to your Z skill. It will do a lot of damage as well + its T2 immunity skill. So feel free to use it as well.

Jump to the timestamp in the clip below to see the combos in action:

There’s no such thing as ADVANCED combos for Deathblade. But I found one that is really good and it’s something that every player on Deathblade should try

Land your Blitz Rush – immediately go into your enemy with Dark Axel – Head Hunt to stun him – Void Strike and either Moonlight Sonic or Blitz Rush to finish.

My last advice in terms of combos. Don’t be hesitant to use your Awakening into any of your CCs

For example, if you get two enemies together in your Head Hunt or Upper Slash, use your Void Strike, then Awakening skill + double Z after the end of the animation.

It will increase your damage from Awakening.

This is it for my PVP Deathblade guide for Lost Ark, thanks for stopping by. I hope this article will help you guys.

Be sure to check out my stream to watch me play ranked games and hopefully some EU tournaments as well. You can also check out our Deathblade PvE guide.

All feedback is appreciated!

MMO enjoyer. Previously a cmpetitive player for BNS (LAN's/World Championship). Currently a Lost Ark content creator/Grand Master rank for 3 regions (EUC/NAE/RU)/tournament competitor. I will help you with the PvP side of different classes!