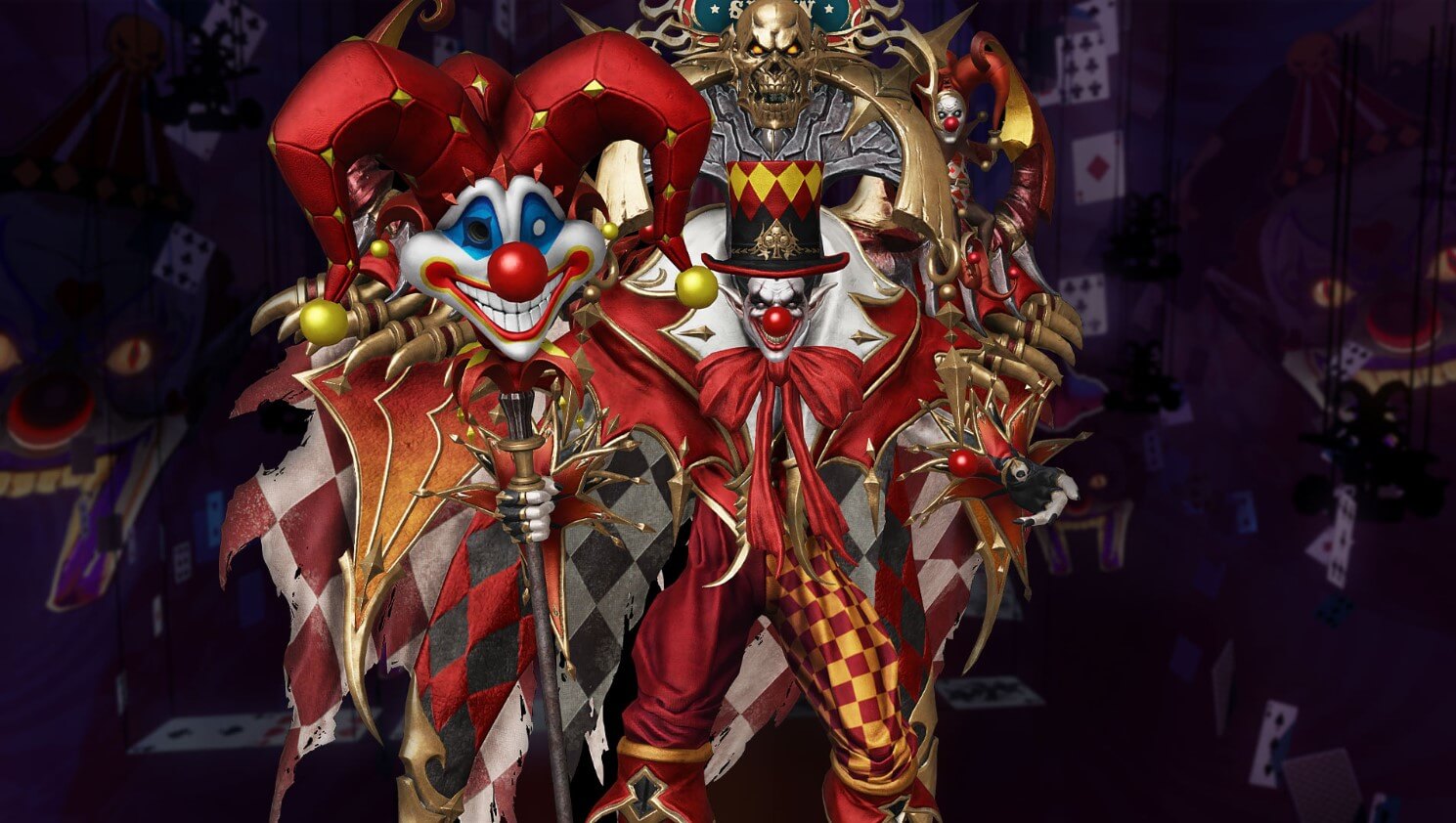 It has only Normal Mode and Rehearsal Mode (check out our end game guide if you’re still progressing your Gear Score).

Just like Valtan and Vykas raid has no resurrections, only restarts.

Kakul-Saydon is challenging content, so you have to pay attention to every detailed mechanic written in this guide.

If you’re done with Phase 1 and head to our Kakul-Saydon Phase 2 guide. 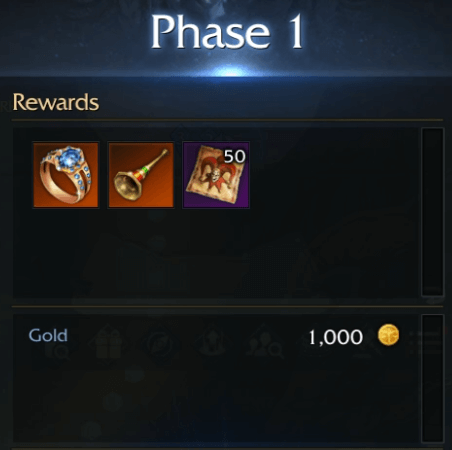 Badges of Madness can be used to buy exclusive items from a special shop. 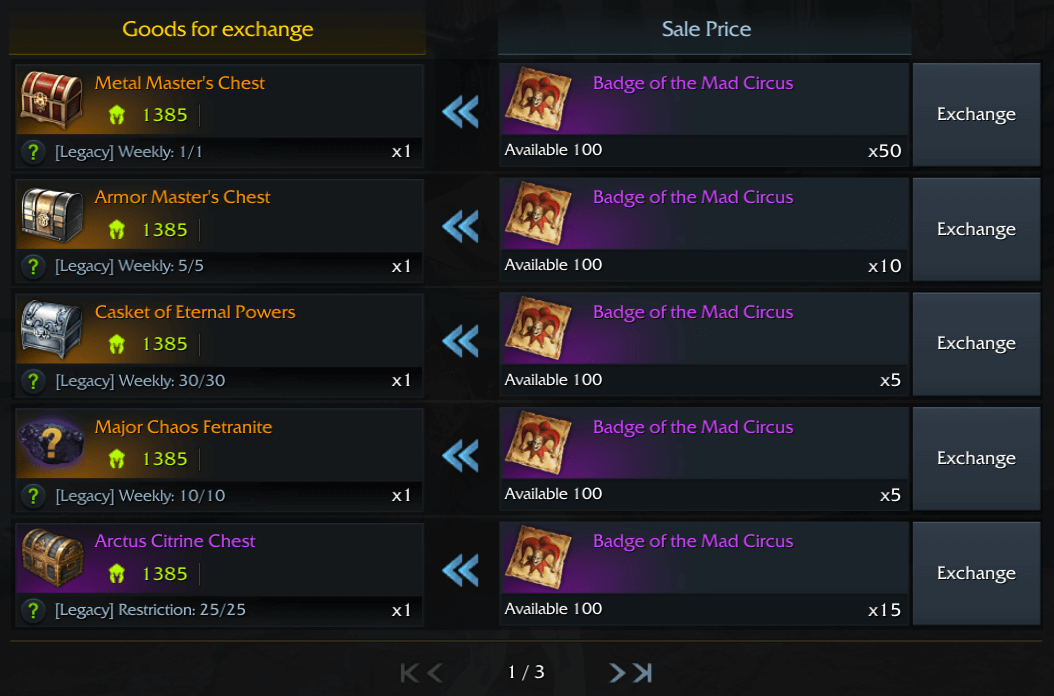 In addition to the rewards, after clearing Kakul-Saydon, you will be able to upgrade your Relic/Artifact gear set effect from level 1 to level 2, and these upgrades will enhance your set effect. 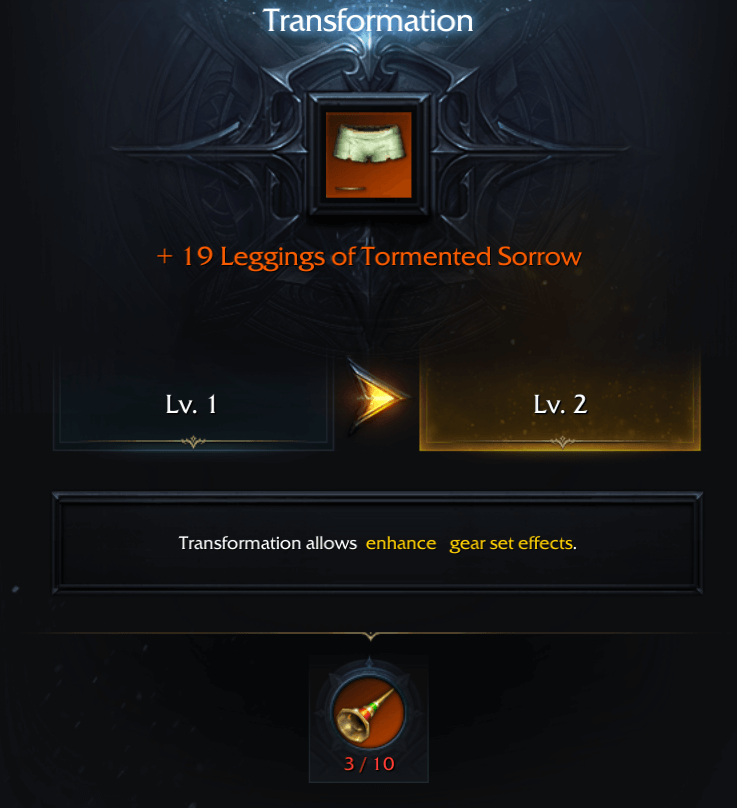 Welcome to madness world. In Phase 1, Kakul-Saydon will do his welcoming mechanic to mark each player with one of four card suits  (Spades – Hearts – Clubs – Diamonds). Keep this in mind for later. 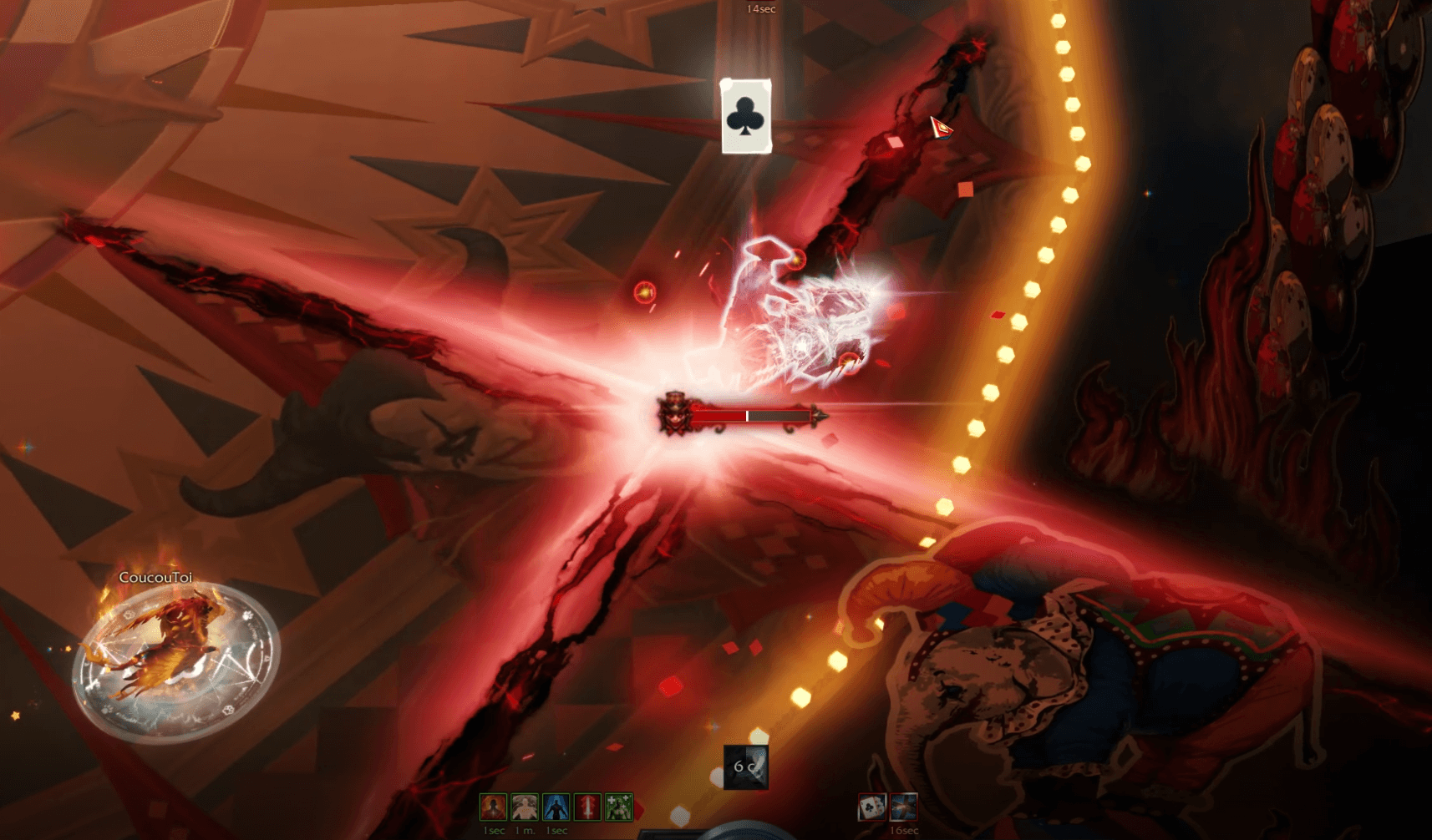 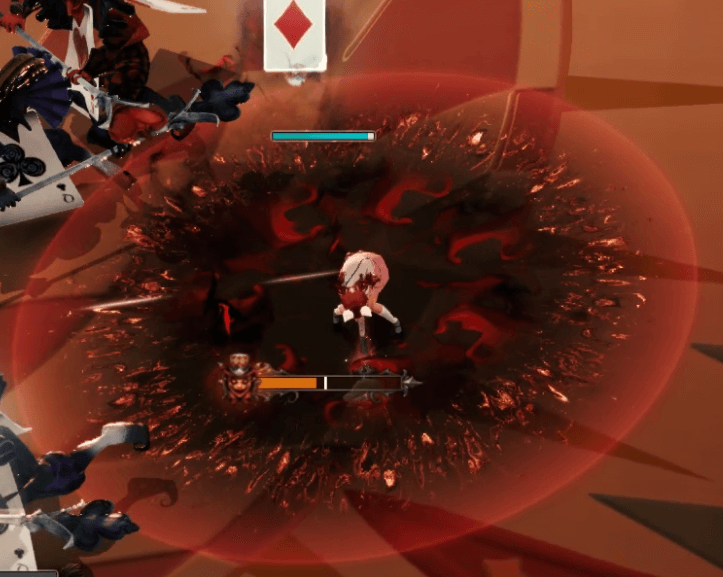 Lastly, the other main mechanic you need to be aware of is that your skills are replaced with 3 abilities that help your teammates once your Madness hits 100%.

Same as Vykas Legion Raid you will have the help of Nineveh, Wei, and Innana. 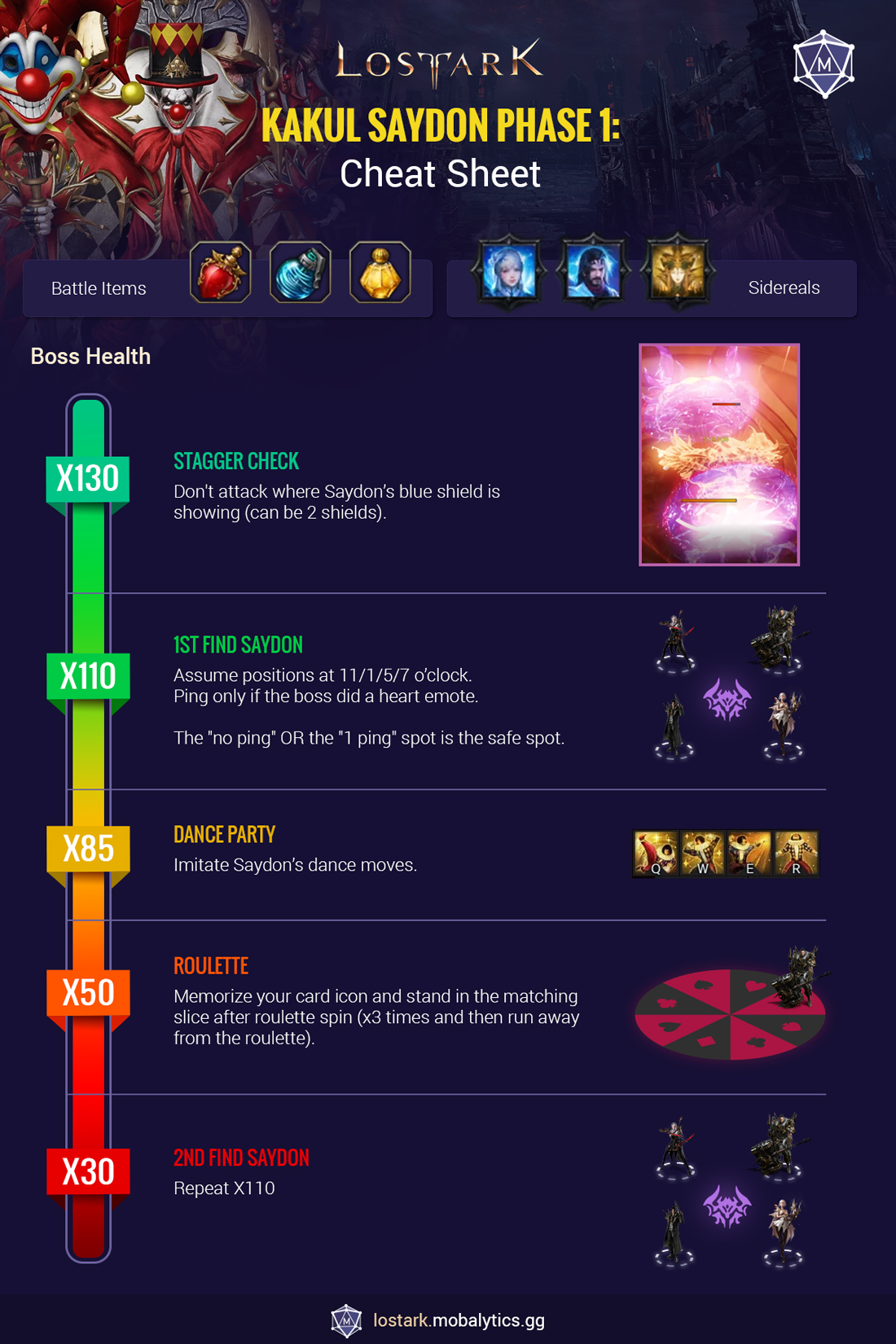 Boss will charge and a stagger bar will appear on him, 1 or 2 purple shields will also appear on the boss that deflects your damage back to you, so be aware. 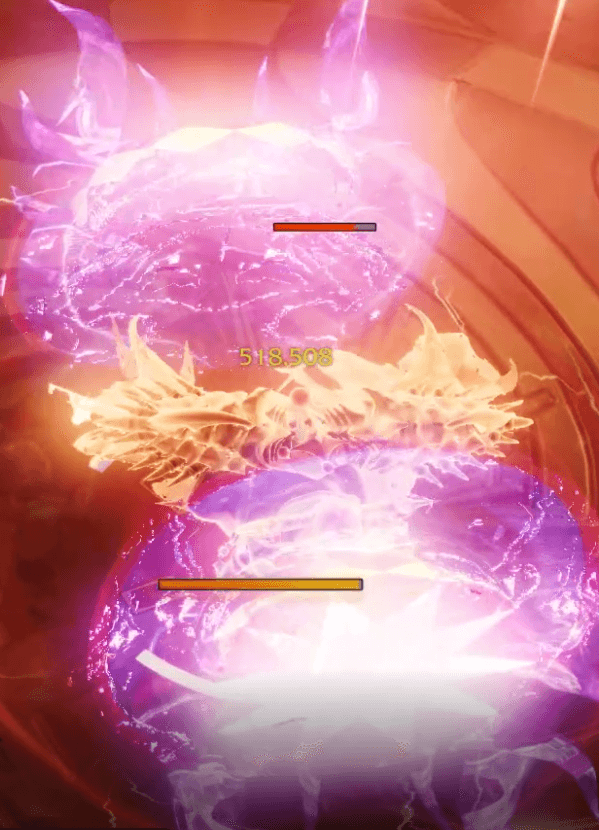 The purple shields can be front or back sides of the boss.

Battle area lights will drop down, Saydon will disappear and 4 clones of him will appear in each corner (1/5/7/11 o’clock).

It’s only 2 animations – to see it, you need to look closely at his hands, Saydon will perform a heart OR guns animation.

Every player should be assigned a position before entering, and ping only hearts.

If 1 ping, it means it’s a different animation clone. Everyone quickly redirects their character face to that ping.

If 3 pings, it means the area that ISN’T PINGED has a different animation clone, everyone quickly redirects their character’s face to that area.

If someone isn’t looking at the real Saydon, it’s instant death for them.

Lastly, be aware of the floating red orbs that are floating circles around each clone, if it touches a player it gives the darkness debuff for 5 seconds. 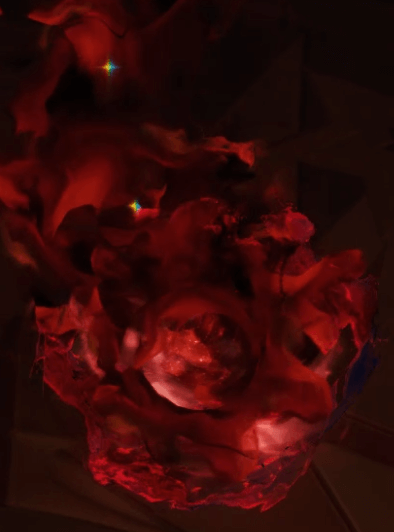 Curtains close, and re-open with everyone transformed into a clown, but this time 4 different skills appear for QWER.

Everyone should move to a card spot that matches their card. Look closely at the boss and imitate his moves, simple.

If Saydon turned his back to you and performed an animation, you must do any animation except that one he is doing.

All you need to do here is to match your card with the roulette’s slice cards 3 times. With each roll, your card sign will change.

Make sure you run out of the roulette after finishing your 3rd card matching, because it will explode dealing heavy damage and increase your Madness gauge.

During the fight, a random clown statue appears with a slot machine game on his head. 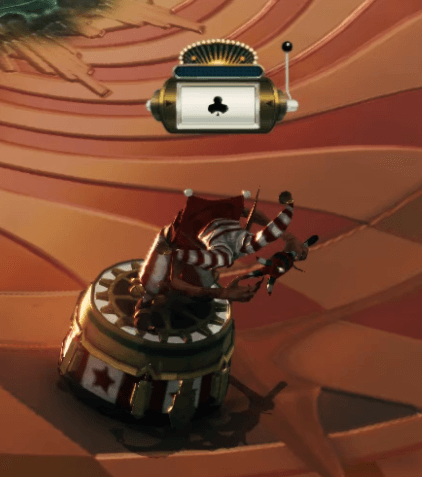 If it locks on a card suit, it will drop it, if it’s taken by the player who has the same sign, it will greatly drop his Madness gauge.

If taken by the wrong player, it will massively increase his Madness gauge. 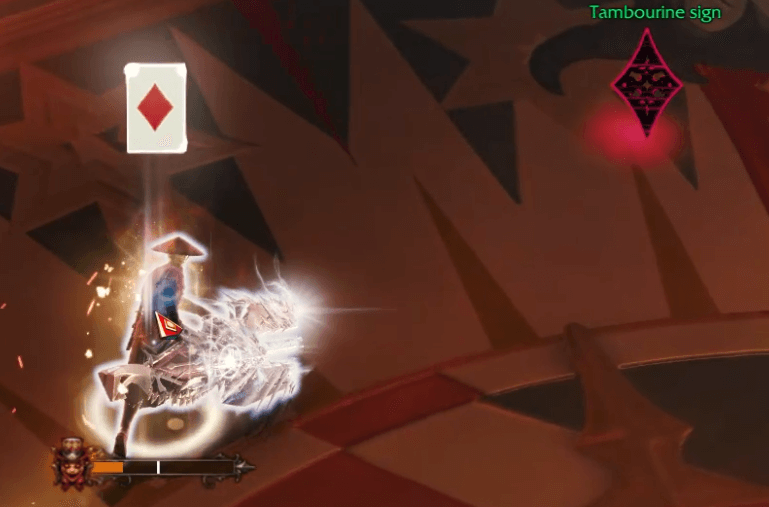 It can drop a bomb that damages everyone nearby sometimes, so be aware.

Saydon will roar, then a few rainbow lights will appear horizontally or diagonally across the platform. stand in the free spots to avoid getting damage and Madness gauge increasing.

Saydon will target 1 player with targeted fire lines (can be 3 cones or 4)
Targeted player should stand still until the yellow lines touch black lines (lock target) and dash out of it.

Saydon will target 1 player and shoot a pink laser beam towards him, when it hits the player a fear state for 5 seconds applied.

Saydon will jump onto a ball, to perform a circus flamethrower move. Can be countered

Saydon will raise his crutch, to summon a big circle that has the 4 card signs on it, you need to stand in the correct spot to avoid getting damage and Madness gauge gain. Can happen twice.

Saydon will spawn a few circles of fire and perform the “breath of flames” towards a target, you need to avoid that because it deals damage, leaves a fire DoT, and increases your Madness gauge.

Saydon will eat a bomb, spins backward and smash the ground in a cross shaped hit, it knocks up players and deals damage.

Saydon will disappear, a yellow circle will appear under a targeted player, Saydon hits this yellow area and followed by 2 waves of AoE, it deals damage, kockup and increases the Madness gauge.

This mechanic is very dangerous, Saydon will spin and throw cards everywhere, when it hits a player it deals damage, stagger and increases the Madness gauge , you just need to run far away from Saydon.

Saydon releases a green attack from his backside, it knocks up players, deals damage and increases the Madness gauge.

Saydon will target a player, smashing forward a triangle-shaped flames up to 3 times.
it knocks up players, deals damage and increases the Madness gauge.

Saydon teleports to a targeted player, slashing forward a few times staggering and knocking back the player and repeating x3 times.

Saydon will disappear, a few small circles will appear randomly knocking up anyone standing on it, and a few seconds later Saydon will throw a bomb on ground from above, the telegraph indicator of where he lands a big yellow circle surrounded with another yellow line.

Saydon teleports to the edge of the arena, sending the flying paper birds across the area then it turns back to him. If you get hit by those, it will stun you and increase your Madness gauge. The safe spot is close to Saydon’s sides.

A 2 headed clown minion will appear randomly during the fight, it breathes flame from both heads while slowly spinning, you must kill it as soon as possible. 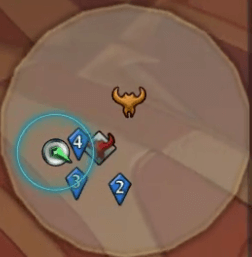 You can clearly see it on the minimap.

Random player will get a cross mark on his head, a fire explosion will follow him, knocking him up, dealing damage, and increasing the Madness gauge.

This mechanic is the hardest random mechanic in gate 1. Saydon will summon a card dice that holds random signs. 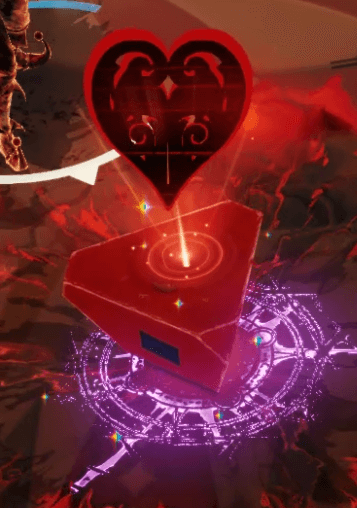 1 or 3 players will be imprisoned, and Saydon will start printing and firing cards towards a player, if a player takesthe wrong card, it will deal damage to him and fill his Madness gauge.

If it’s too hard, you can use the Sidereal Inanna.

Thanks for reading! Check out our guide for Kakul-Saydon Phase 2 or check out our other Lost Ark raid guides.