4 LoR Decks for Climbing to Master (Monuments of Power)

4 Decks for Climbing to Master in Monuments of Power

Hey NicMakesPlays here, we’ve been playing a ton of Monuments of Power so here are four of Glimpse Beyond’s current best decks to climb with.

We’ll be including their decklists, codes, and explanations for how they work.

For some other decks that were strong to climb with throughout the first part of Call of the Mountain, check out Silverfuse’s previous article for climbing decks.

If you have another deck that has been working for you, let us know in the comments below! 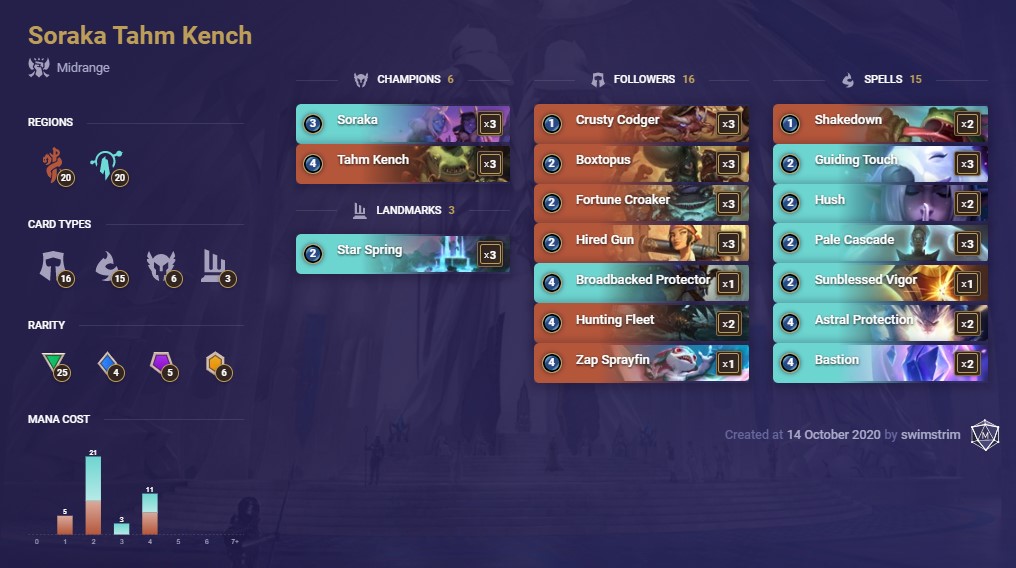 Soraka Tahm Kench is one of the best new decks to come out of this expansion. This deck uses Star Spring as a win condition while Soraka and Tahm Kench hold down the board. Tahm Kench eats your opponent’s threats while Soraka can heal him back up.

Soraka also generates advantage by healing back up your self-damage allies such as Boxtopus so they can utilize their stats in combat. She’ll be able to generate a ton of advantage for you by drawing cards along the way. 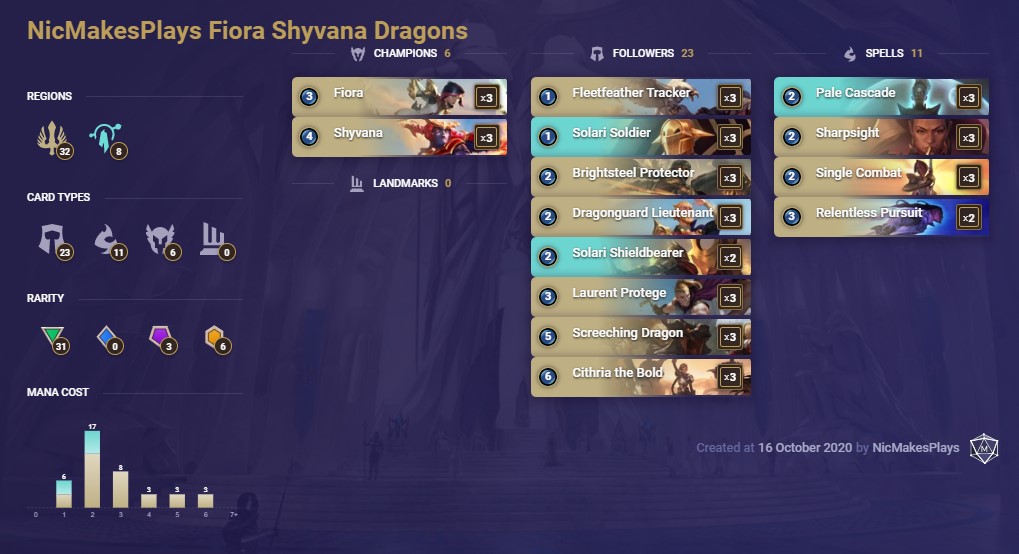 This deck utilizes the Challengers in the Dragon archetype such as Dragonguard Lieutenant and Screeching Dragon to win combat trades and control the field.

Sharpsight is another new card that is good in this deck to help your Challenger win combat trades, dodge kill spells, and block Elusives.

This deck gains field control and then finishes off with Cithria the Bold. 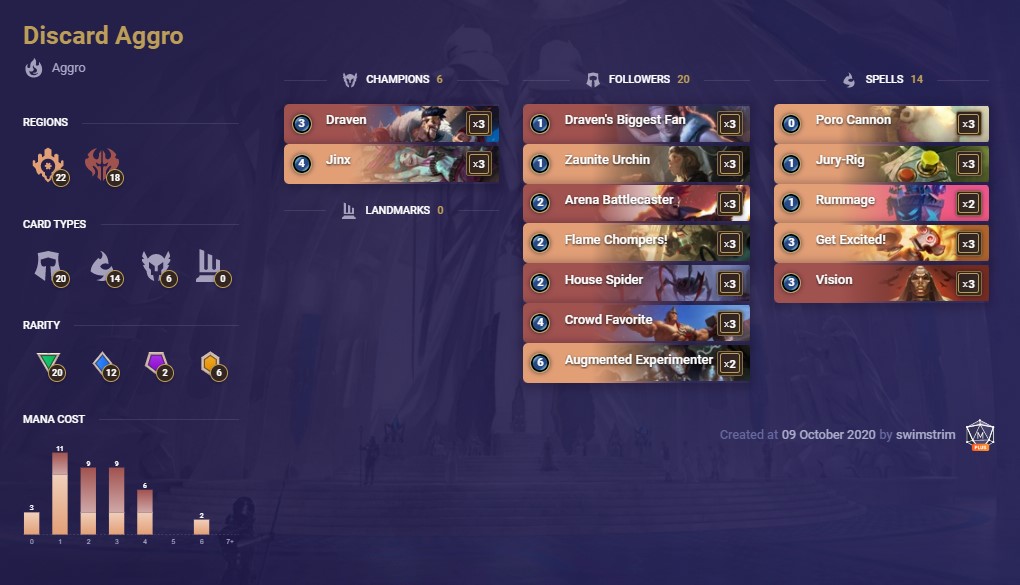 The classic Jinx/Draven discard aggro deck you know and love is a great choice for climbing quickly.

The deck goes wide by summoning a lot of units to the field with House Spider, Discards, and Poro Cannon. Draven’s axes let you activate discard effects and push for damage.

Crowd Favorite and Arena Battlecaster utilize your wide board to push for a lot of damage. Lastly, use Jinx to finish the game by playing her at the right moment and seal the deal. 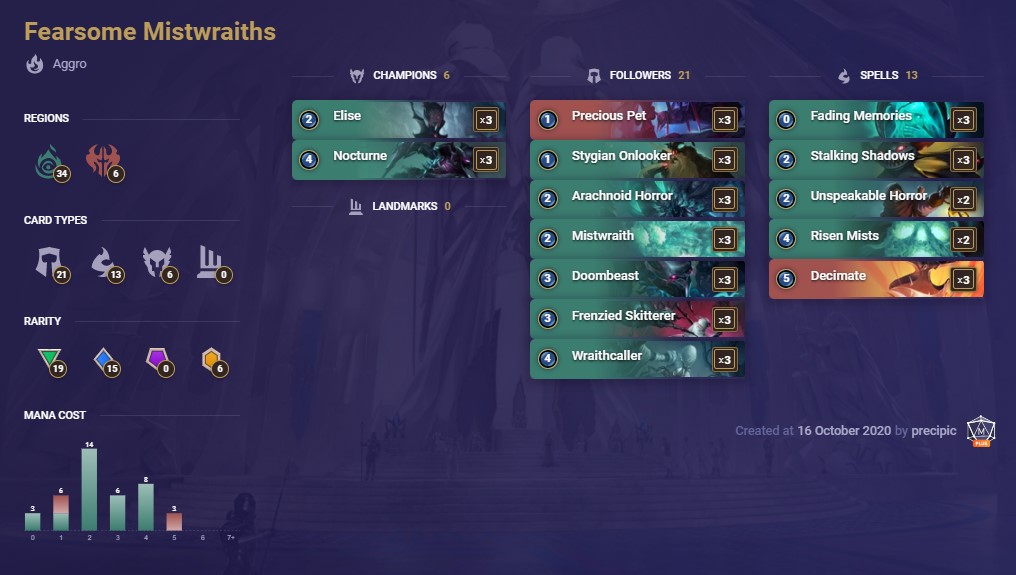 This deck is an aggro deck that uses Fearsome to attack for a lot of damage without your opponent being able to block.

You want to be as aggressive as possible and put out as many Fearsome attacks as fast as you can to overwhelm your opponent. Each card time you play a Mistwraith all of your Mistwraiths become stronger, which lets you gain tempo and push for a lot of damage.

The deck is a pretty good choice right now because Soraka TK mostly units that can’t block Fearsome and one Frenzied Skitterer makes your board fully unblockable.