How to Play Soraka Tahm Kench (Monuments of Power)

Hey all Kuvira here, with a new deck guide on Tahm Raka (aka Soraka Tahm Kench). 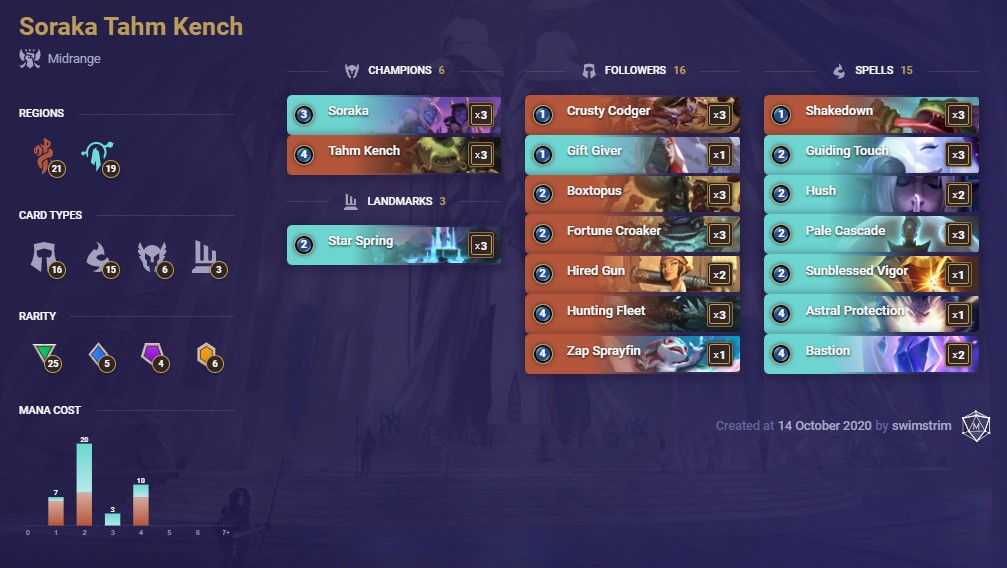 This is a new and pretty unique deck concept, using both new champions from the latest set, Soraka and Tahm Kench on top of the new landmark Star Spring and a bunch of new cards. 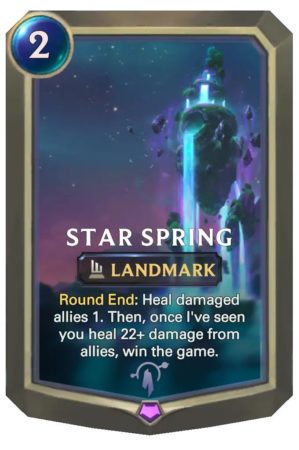 In this guide, we’ll cover how to navigate this deck, mulligans, matchups, tech cards, and many other things.

Tahm Raka is a midrange combo deck, with a very low curve (4 being the highest cost unit and spell).

You generally want to curve out with your self-damage units early like Crusty Codger, Boxtopus, and Fortune Croaker supported by healing cards like Star Spring and Guiding Touch to protect your board and get the most value out of it. 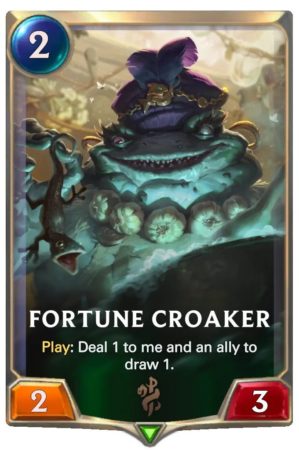 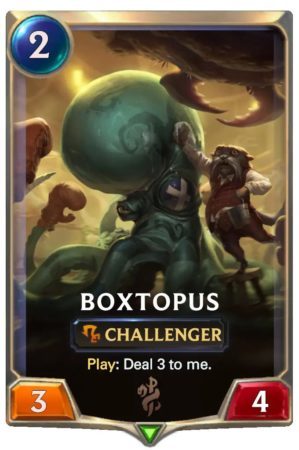 This deck also wins by outvaluing the opponent early by using your combat tricks, aka your Burst spells, to make every trade favorable for you.

Hired Gun and Shakedown are the removal cards of this deck. They allow you to force favorable trades and could also be used to damage your units to level your Star Spring.

Lastly, Hunting Fleet is a very important card in this deck, the 6|6 stat line on turn 4 is unanswerable. 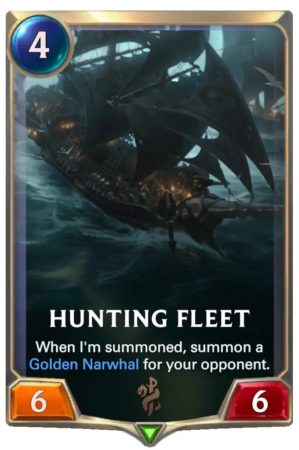 You usually want to attack the Narwal right away and use cards like Guiding Touch, Star Spring, and Astral Protection to heal the Hunting Fleet back to full health.

Hunting Fleet is a great keep in some matchups, mostly midrange and aggro when you have other early units in hand.

Spells should not be your priority in the mulligan, you could keep one spell at most if you have a very good curve already.

How to Use Soraka

Soraka is what holds this deck together. She allows you to outvalue every trade by healing back whatever unit you have to full health when attacking with her.

She is very easy to level up and the draw engine she provides is what allows this deck to never run out of steam. 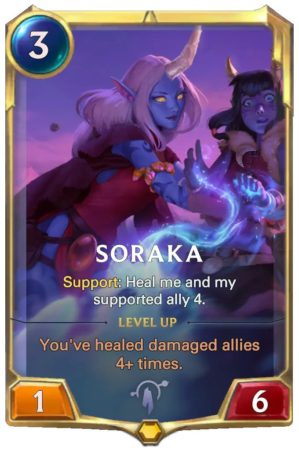 In addition to the win con she represents when combined with Star Spring on the board.

Her statline (1|6 into 2|7 when leveled) makes her almost unkillable and allows you to use her when attacking with Boxtopus or other units like Hunting Fleet into vulnerable units. 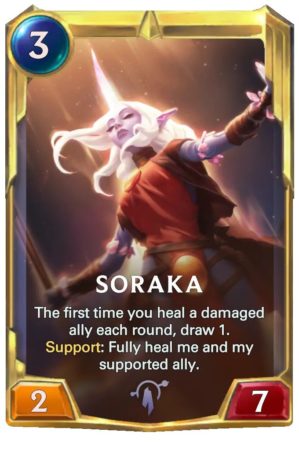 In addition to the protective spells like Pale Cascade, Sunblessed Vigor, and Bastion, you’re always capable of coming out on top in terms of trades.

How to Use Tahm Kench

Tahm Kench is a very tricky card to use. He represents the main removal of this deck. Use Acquired Taste to Capture the opponent’s threats like Trundle, Lee Sin, Jack the Winner, etc, while protecting him with Bastion, Astral Protection, and Pale Cascade in response to your opponent’s cards. 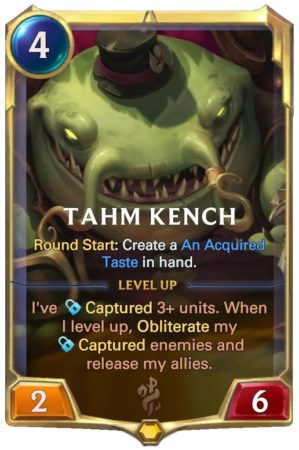 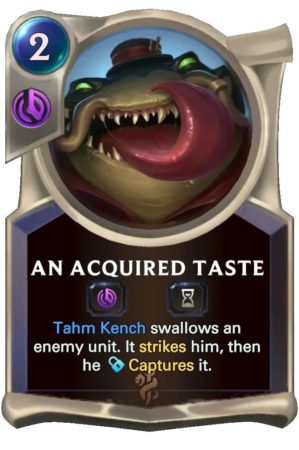 Healing Tahm Kench back to full health will not be a problem for this deck.

If you have a second Tahm Kench in hand it is generally never a good idea to use Bayou Brunch on any of your allies.

You instead want to play the champion when the one on the board gets removed. 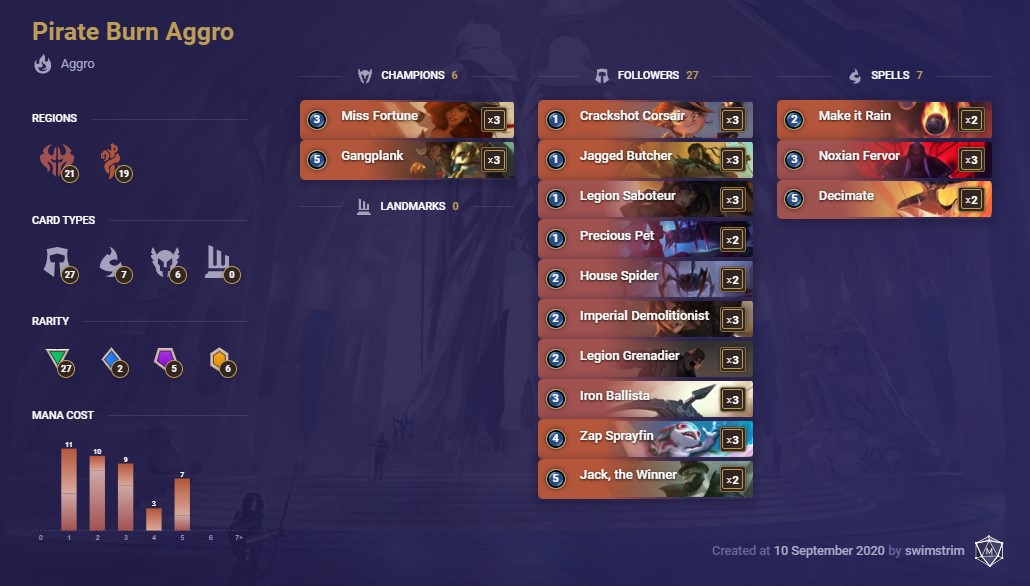 Even though MF GP (Pirate Burn) is one of the best decks in this meta, the fact that we have a very low curve with units like Crusty Codger, Boxtopus, and Hired Gun helps us block a lot of damage early.

Soraka is key in this matchup because of the value she provides. She is able to block and survive all their units while also healing ours on the attacking turn.

Star Spring is a good keep in the mulligan if you have a good curve: Crusty Codger, Boxtopus, Soraka.

Hunting Fleet is very important in this matchup, the 6 health on turn 4 is able to block Miss Fortune but most importantly Gangplank and Jack, the Winner! 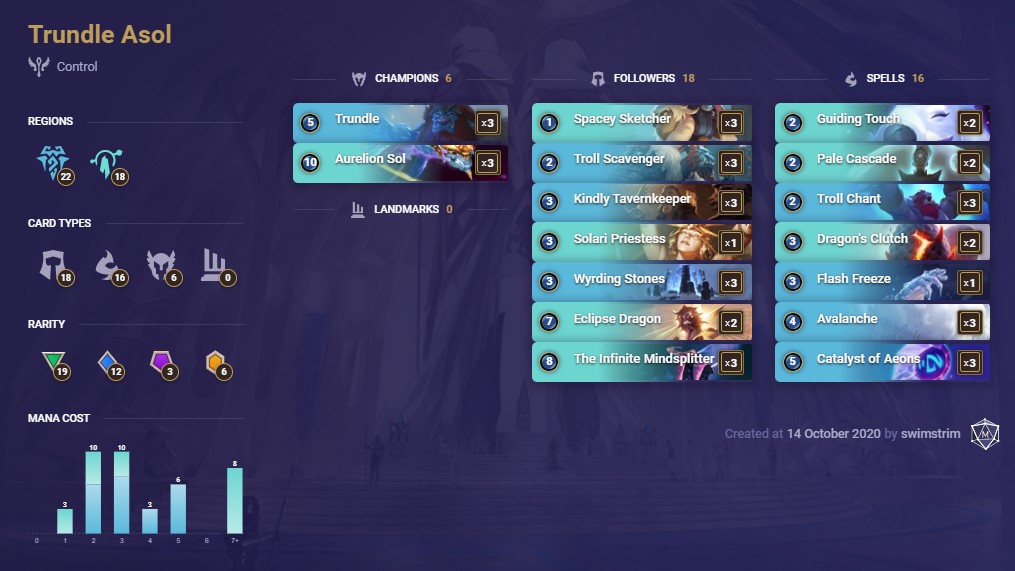 Tahm Kench can not only safely remove their main threat Trundle but also the Ice Pillar.

Trundle Asol has very little pressure on top of not being able to deal with our landmark, Star Spring.

For the mulligan, keep an early curve with Star Spring and Tahm Kench. Curving early and healing our units outside of Avalanche’s range is very important. 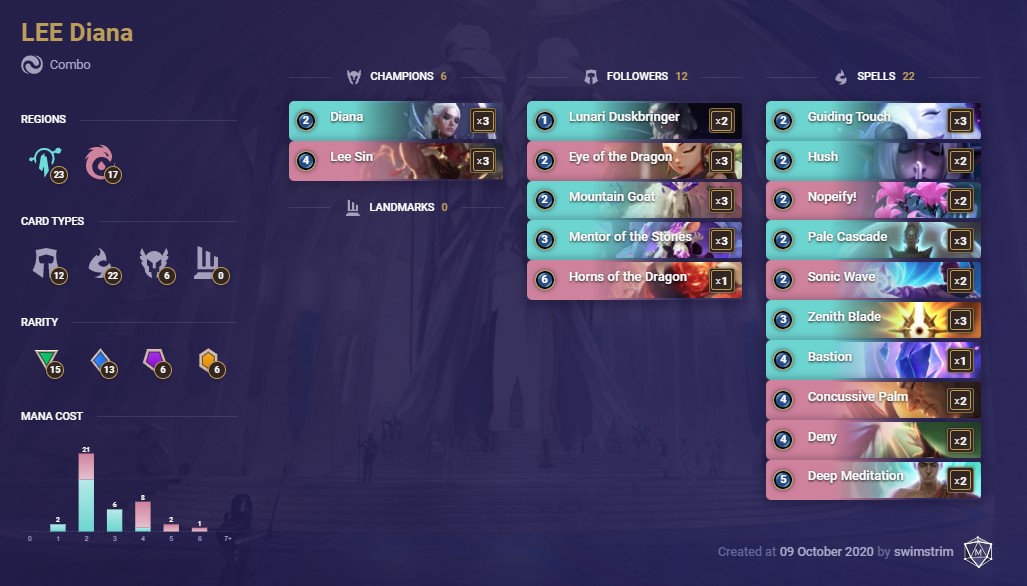 This deck is considered the best in this current meta, so this is no surprise.

A good hand with a lot of early self-damage units puts a lot of pressure on the board, in addition to Star Spring being a win con if we have a good wide board early.

Hunting Fleet with Vulnerable on Lee Sin from shakedown or Hired Gun can put a lot of pressure on the board.

Hush will allow you to squeeze in a kill on the Lee Sin or will at least help you survive the attack. Tahm Kench is a huge threat to Lee Sin, especially when combined with Hush. 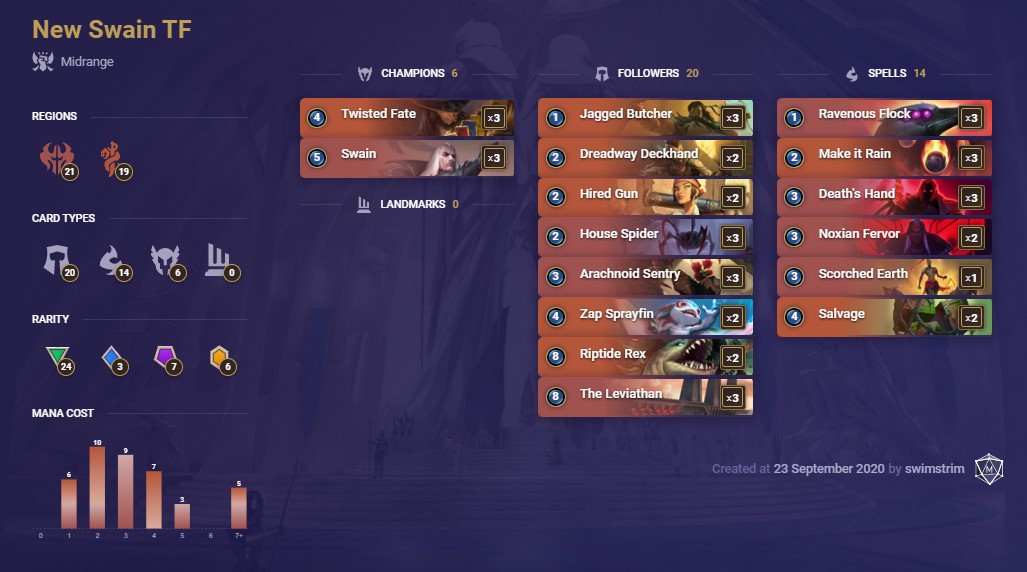 This is another current tier 1 deck. In theory, with all the healing in this deck, you’d think that Swain/TF players would struggle to deal with your units and with Flock and Make it Rain being their main removal, you’re usually able to keep your units out of that range.

However, leveled Swain and Leviathan are the real threats. The Soraka Tahm Kench deck lacks removal for big units like Leviathan.

Tahm Kench struggles with capturing Leviathan and surviving after taking the combat damage from An Acquired Taste.

In this matchup, you usually need to keep Star Spring, early self-damage units, and healing spells like Guiding Touch.

Star Spring is the main if not only win condition in this matchup.