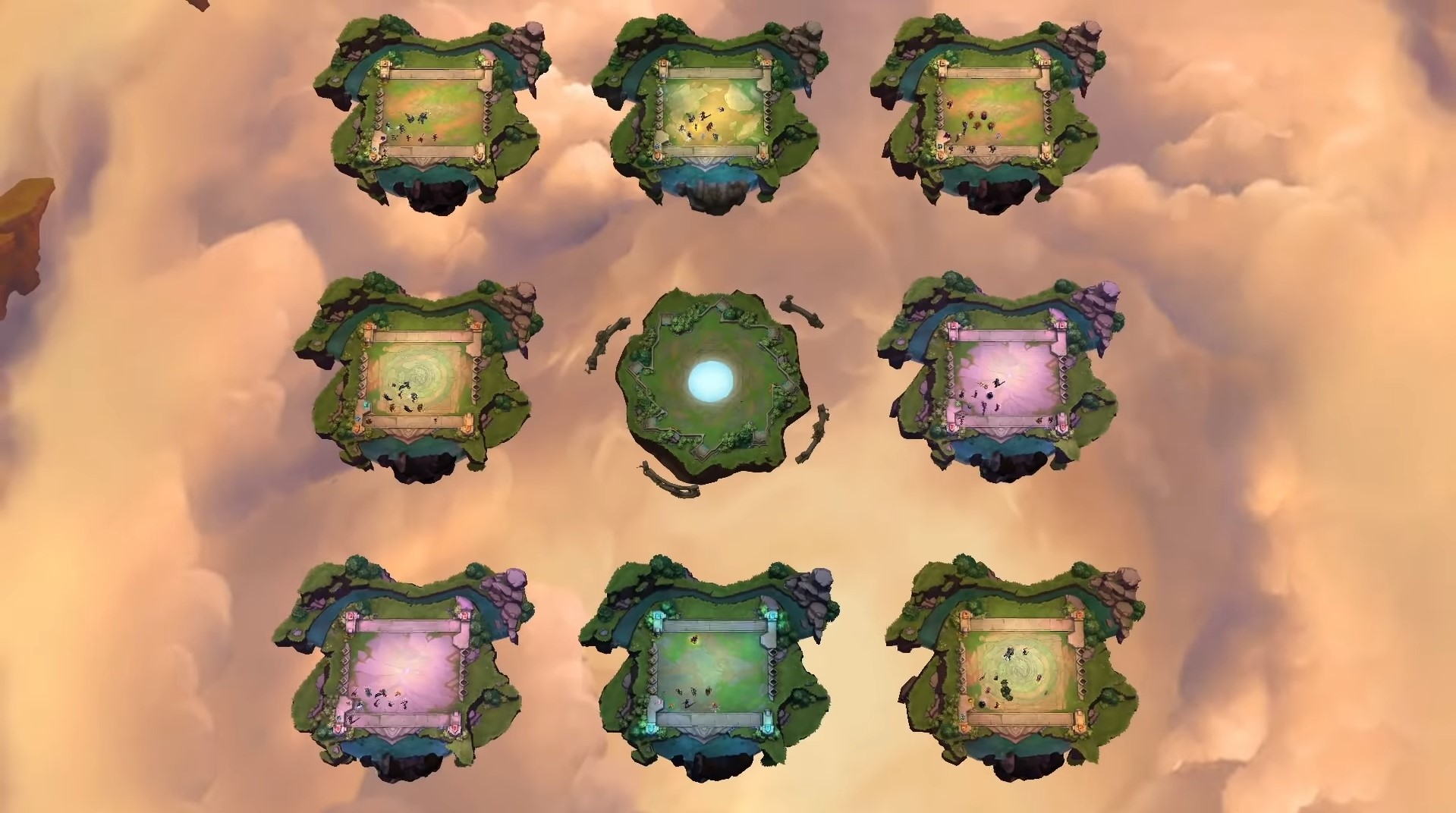 What is the Ideal Meta? What TFT Set 3 is Missing (Grandmaster Thoughts)

Over the course of TFT, we have seen an immense variety of comps and many varying reasons for their success. The community has optimized the game over time into many different leveling strategies that utilize different cost units as their main carry.

These include hyper rolling, slow-rolling, regular comps, and fast 8 comps. When any of these strategies or comps are too successful in any given meta, the solution is simply to patch these comps in order to lower their power level.

Yet, all this does is create a new meta where the power level shifts from certain comps or strategies to others. While this does create a short sense of freshness and novelty, many times this is short-lived as new comps are deemed the best of the patch and dominate the meta.

In this article, I’ll cover what I think could be improved in Set 3. This is a companion piece to my last article, Everything Riot Improved in TFT Set 3 so be sure to check that out.

So what exactly is the ideal meta for players? As some players have pointed out, metas can have many powerful comps that are all capable of top 4 while still being unfun to play in. Patch 10.9 seems to embody this for a lot of players.

While 10.9 has a large variety of top tier comps, hyper roll comps have made their debut to Set 3 in 10.9 and they have reminded the community of how unfun it is to play against hyper roll comps.

As a result, 10.9 has become a patch where 1 and 4 cost units dominate the meta. 5 cost units either don’t have the power to hard carry, or are too hard to find late game.

2 and 3 cost units are almost never the main carry of a team anymore, unless you count Sona printing mana for the entire team.

There are other reasons why patch 10.9 has been unfun for players, but I won’t go too in depth into that here as many players have their own reasons for what they consider fun and unfun.

Looking back at previous metas

This drastic shift to hyper rolling has been brought about due to the nerfs to slow rolling that became very popular in patches 10.7 and 10.8.

There were many slow roll comps like Star Guardians, Rebels, Space Pirates, Protectors, and Mech Infiltrators.

This type of meta was very new to TFT as it was the first time that it was consistent and viable to hit 3 star 2 and 3 cost units. Much like hyper rolling, this created discontent with many players as it felt too simple to play.

You simply hit 50 gold, roll for your units, and that was about it.  The main factor to your success with these comps was whether or not you were contested.

While slow-rolling was definitely too good during this patch, it created an alternative strategy that was new to TFT and forced other players to adapt throughout the game rather than during key leveling points.

To put it simply, I think an ideal meta would be a meta where many comps that have diverse leveling strategies are all viable.

There should be powerful carries within all the cost categories. This would create a meta in which players have varying power spikes and would, in my opinion, create an environment that is fun and requires more decision making.

To a certain extent, patch 10.9 actually accomplishes part of this ideal meta. C

In my humble opinion, I think that what this current meta lacks is a 5-cost carry that has the potential to carry a game similar to how Poppy or Vel’Koz can.

While we have strong 5 cost units like Miss Fortune or Xerath, they are both part of comps that focus on building a 4 cost carry first (Jinx/Jhin) and are not the main carry of the team.

In set 2, we had Zed which had the capability to solo carry a team if you were able to find him.

In set 1, we had Kai’Sa who also had insane late game damage if you had the right items for her. These were 5 cost units that had enough power to be the centerpiece of a team and carry during the late game.

Why do I think this is a good idea?

While these comps were too powerful in certain patches, I think that this current set 3 lacks a similar champion that can be the true centerpiece of a team comp.

A powerful 5 cost unit can be an alternative strategy for players who are experiencing a low roll early game and are forced to lose streak.

Currently, a lose streak can be very difficult to come back from as even if you hit level 8 early and spend all your gold, you will almost certainly be in a worse position even if you complete your team.

With a powerful 5 cost unit, you have a better chance of coming back as an all or nothing strategy. While this may create problems in the meta by having multiple players hard force for a strong 5 cost unit, I believe an ideal meta should include something of this sort.

This would create more interesting decisions to be made as players would have to decide whether they want to hyper roll, slow roll, level regularly, or look for 5 cost units.

While this may turn into a balance nightmare, I believe this is the type of meta the game should strive to become.

While there are definitely other things to consider balancing or changing to make an ideal meta (like items), patch 10.9 clearly shows that many different carries can coexist within the same patch.

Slow roll comps still have some potential, but they many of them have been gutted too much in the patch to keep up with the new hyper roll comps.

4 cost carries will always exist in any meta as they are now the default strategy when it comes to TFT.

While adding a hard carry 5-cost unit, or buffing 5-costs to be main carries, may not “fix” the meta immediately, I believe it’d be a step in the right direction.

Other things will need to be buffed and nerfed to keep them in line, but I believe that Riot should try to create a meta where every cost unit has some type of carry.

This would truly create a sense of diversity in the meta that players can use to adapt to every game rather than simply 1-tricking the same comp every game. (No shade to those players. I think 1-tricking is a testament to skill and mastering a single comp to perfection).