Engravings are considered one of the endgame sources of power for your Lost Ark characters. Each class gets two class-specific special engravings and there are also 43 combat engravings that can be used by any class. Engravings you collect are shared across your whole roster in Lost Ark.

The whole system seems complex at the start. However, it’s simple to understand and plan your build once you learn the basics of the engravings.

Every 5 points in an engraving will give you a level of that skill. Each skill has 3 levels, so you need 15 points to get to max level.

Then you can upgrade it by using 20 rare recipes, followed by 20 epic recipes, and finally 20 legendary recipes.

Each level of the engraving gives you 3 points when you equip it, meaning that uncommon is 3, and legendary is 12. Engravings can also be found on gear, so you will use gear to augment your engraving to max it out to 15. 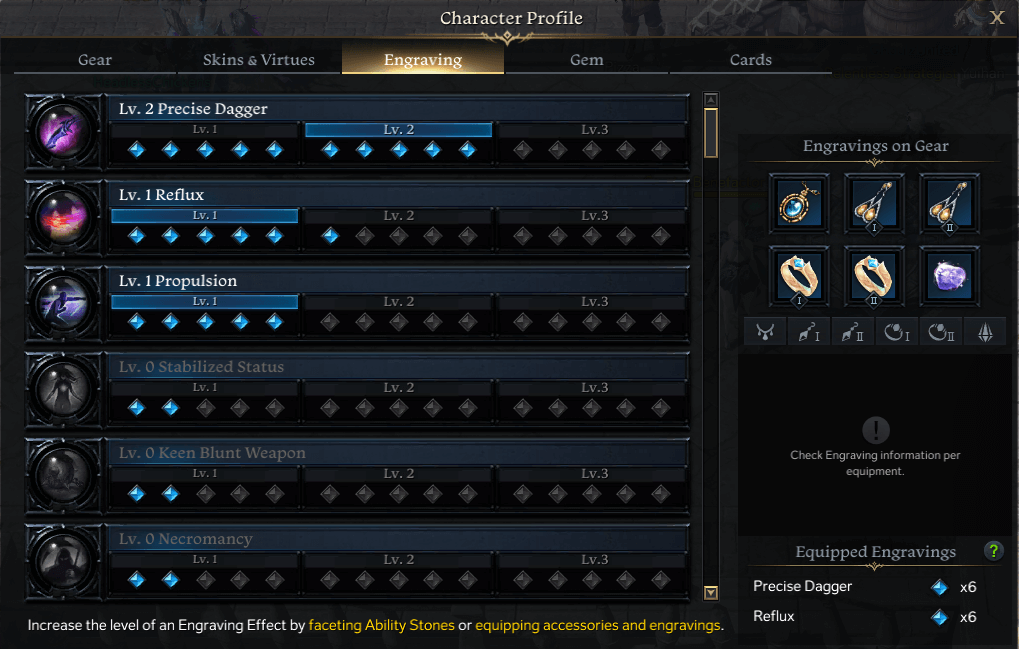 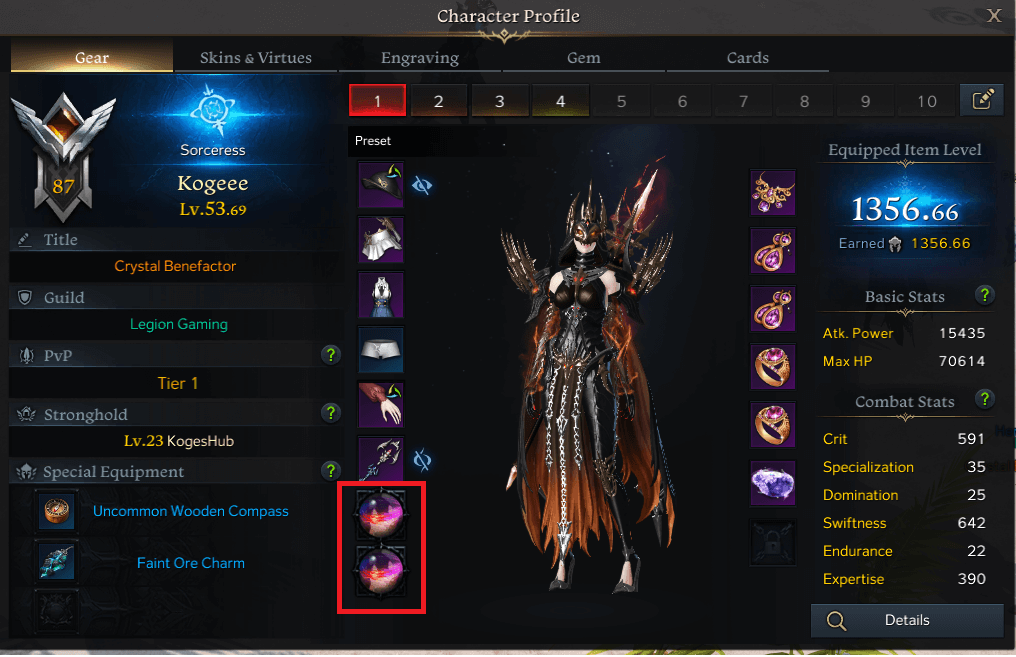 They come in four types: Common, Rare, Epic, and Legendary. You have to learn them in ascending order and need 20 of each to unlock the 3 nodes and go to the next tier.

When you hover your mouse over an Engraving Effect option in the Roster Engraving window, it will tell you which recipe (and how many) you need to read before leveling up.

Your character can then equip these unlocked Engravings in the Gear menu to access their nodes. 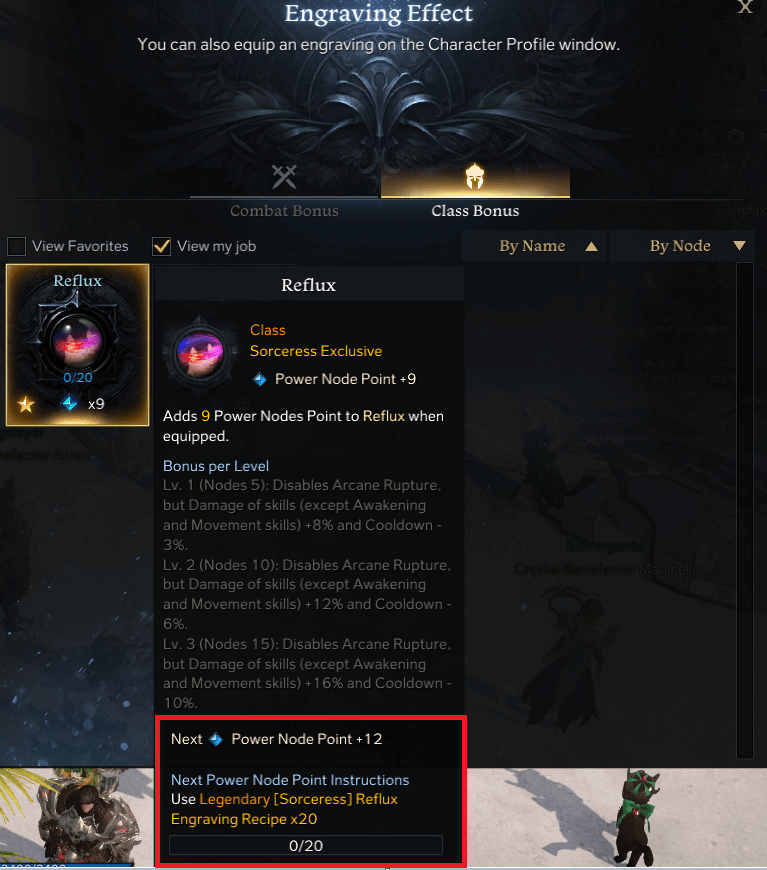 Ability stones are acquired through dungeons and guardian raids and come with random engravings on them.

These items may be found everywhere across Arkesia and can be equipped to access a number of Engraving nodes. Once you facet them you can get anywhere between 0 and 9 nodes to a specific engraving depending on the rarity of the stone.

You cannot roll class engravings on ability stones. They come with two positive engravings, and one negative (Negative engravings work the same way- every 5 nodes activates a bonus level)

The goal of the faceting process is taking a raw stone with a certain amount of potential, as shown in the image, and aiming to produce the greatest end result possible from it, which will help you enhance your engraving nodes. 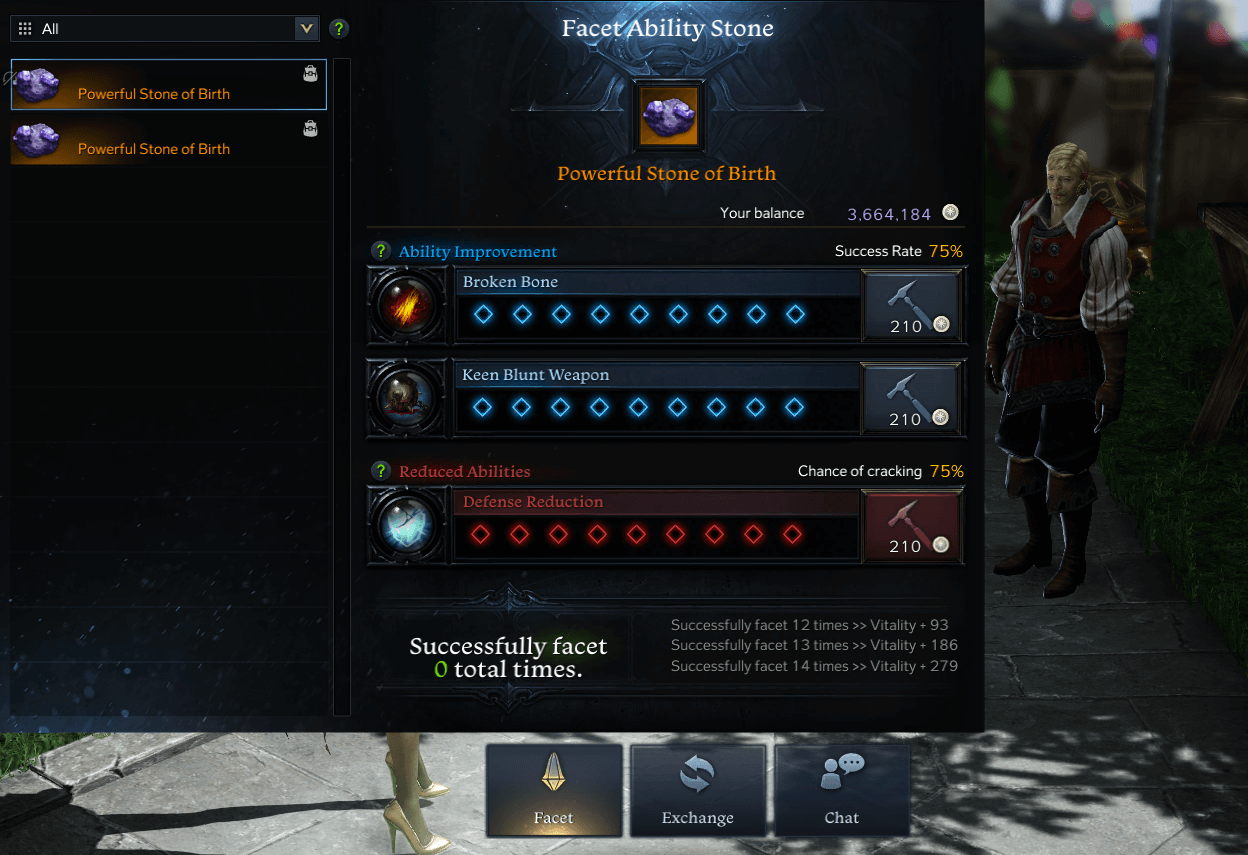 You are basically playing a game of using your highest rolls on the blue abilities you want and the lowest ones on the red nodes.

Accessories roll with engravings on them as well: Necklaces, Earrings, and Rings. This is the best way to fill out one or two points you need to hit a 5,10, or 15 point threshold.

Legendary accessories from abyssal dungeons can roll with your class engraving on them. Be careful as accessories roll with negative engravings and need to be balanced with the rest of your loadout.

What are the best Engravings?

There is really no such thing. With such a wide variety of builds and needs for each class, it depends on so many different factors but there are a few that appear more frequently especially on damage classes.

For example, classes with shields like Gunlancer love Barricade, but it’s useless for a lot of classes with no shields.

Every class will aim to have their class engraving coupled with one or two common engravings. Below we have listed some of the more popular ones:

IMPORTANT NOTE: A lot of guides will recommend Grudge or Cursed Doll since they give the biggest mathematical damage increase, but it’s important to recognize they have significant drawbacks for newer players and are a net negative. Most importantly, they are never worth it unless they are level three.

Engravings give you a ton of flexibility to play your class the way you want to. Whether you want to experiment with whacky builds or min/max, we hope this article helped you understand the core fundamentals of how engravings work and how to attain them.

Thanks for reading! Let us know your thoughts in the comments below. For more guides and articles, check our Lost Ark blog.

I've been playing Lost Ark since the Closed Beta and iI think Queen Azena is a better Sorceress than me! Iove video games, and coaching people is my thing. As we always say, "A game is the complete exploration of freedom within a restrictive environment."