Bard is an advanced class of the mage class that focuses on supporting the party through music and sound of their harp. They juggle between providing burst heals and shields, or huge short duration damage buff spells to their allies.

They are one of the few support classes in Lost Ark. Supports are incredibly important for harder content since they provide amazing damage buffs as well as increased survivability for the whole party during the raid.

Bards have many skills that are useful depending on the situation. As a Bard, you will be rewarded by understanding your whole class and all your skills as you can be flexible and take the appropriate skills and tripods depending on the raid you’re going to.

So if you’re looking for – a class that is highly sought after and rewards strong knowledge and awareness then Bard is for you.

To learn how to play the newest mage sub-class, check out our Lost Ark Arcanist guide. If you’re planning to level up this class, please, read our Bard leveling guide for the best experience!

Bard is much different than the other mage classes as it’s the only dedicated support in the mage class.

Compared to Sorceress, Bard has less mobility and damage. They focus on supporting their teammates instead. But Bard and Sorceress are similar and that they have to make choice in what they want to spend their identity on.

If you want to know how well Bard performs in the current meta, visit our Lost Ark tier list.

Once you’ve filled up your Serenade Meter, you can spend it to play one of your two songs: Serenade of Courage and Serenade of Salvation. Both of these songs have opposing purposes:

Both buffs increase in power depending on how many bubbles you used to play the song with the maximum power buff requiring all three bubbles.

Bards identity is flexible and fun. It rewards players that have good awareness and understanding of the situation at hand.

Bard is one of the few support classes in Lost Ark. They’re focused on short duration but strong buffs for healing, shielding, and damage increasing.

Although they don’t do much damage themselves, the damage increase they give to their team as well as the utility they provide is more than worth the difference.

Bard is a support class in PvP that takes on a reactive role. They use their buffs, immunity, and great ability to peel to counter anything aggressive from their opponents.

Bards shortcomings lie in the fact that they have limited mobility and are reliant on their team to deal damage. However, with good positioning and understanding of the game, Bard’s can be the biggest impact on why their team wins.

Your main damage skill used to follow up combos.

This is your hard crowd Control. Can be used to peel for your teammates that are getting juggled by Push Immune skills or to catch enemies off guard to start an engagement.

Bard has limited mobility but March helps make up for that. It gives movement speed and slows enemies that the musical notes hit.

One of the best buffs in the game hands down. Provides Debuff Immunity for your whole team on one instance of Hard Crowd Control. This allows you to bait abilities as well as reactively save teammates. On top of all of that it also provides great shields.

Damage reduction skill that’s used to help mitigate damage taken by teammates that are getting juggled or are caught out.

Push Immunity skill that is good to use to peel for yourself or your teammates.

Short ranged knock up that can be used to extend combos or peel for yourself.

Bard plays their harp and sings to the angels to inflict a massive amount of holy damage. It ends with a final explosion that deals damage and increases crit chance against enemies for a short time.

This Awakening is not recommended to take outside of Chaos Dungeons since the damage increase is not as impactful as the benefits from Symphonia.

Rise into the air and play music granting all nearby allies a large shield that is based on the Bard’s Max HP. Enemies within range take a bit of damage as well as damage, attack speed, and movement speed reduction debuffs.

This is your preferred Awakening due to how much utility it provides compared to Oratorio.

Every Lost Ark class has access to engravings that will focus your playstyle in one particular direction. For Bard you will choose between Desperate Salvation and True Courage. 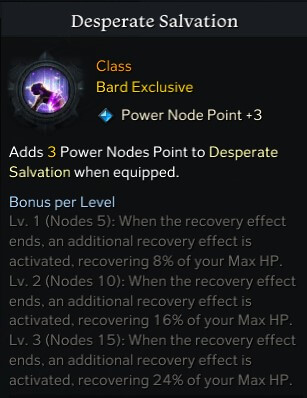 Healing your allies, you heal them for an extra large % of their maximum HP. This is a great engraving that allows even the weak version of your Serenade of Salvation to heal for a large amount.

This is your primary engraving since it’s the only one of Bard’s class engravings that provides a bonus to their allies. Since Bard is primarily a support this will be the typical engraving taken. 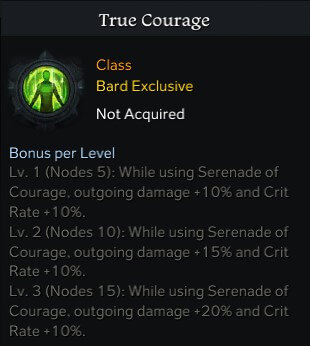 For Bard’s that want to trek down the selfish main DPS path. It provides you with bonus damage and crit rate after using Serenade of Valor.

It’s not recommended to take this engraving at all since Bards are lackluster as a damage dealer and way more valuable as a support. 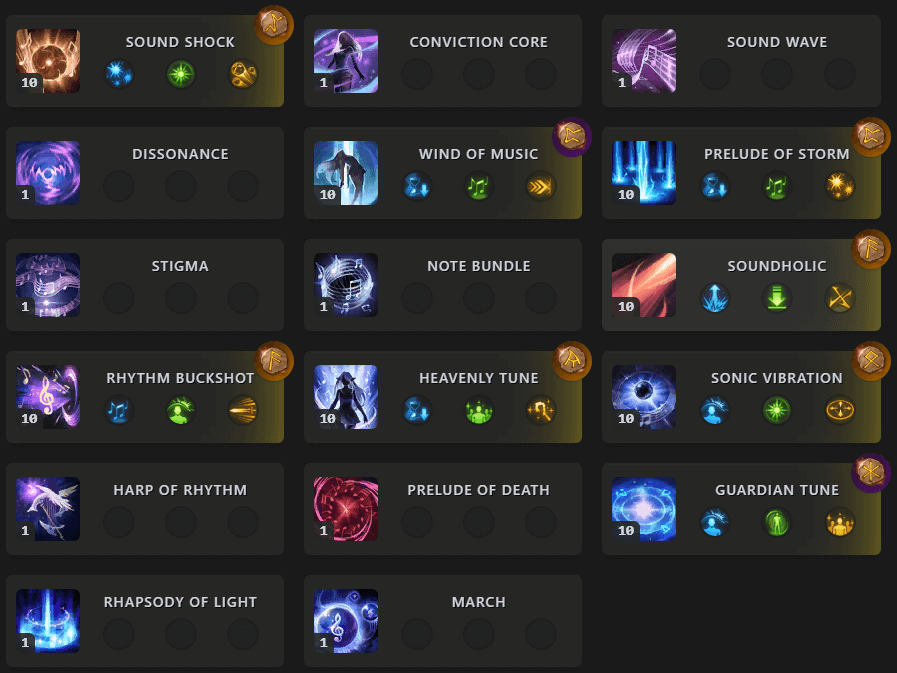 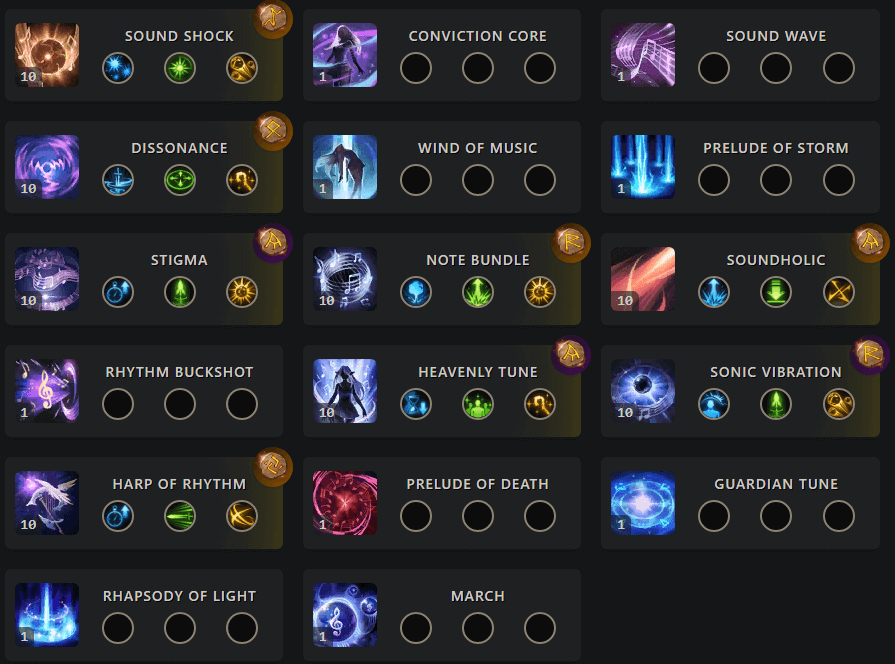