Our Thoughts on Today’s Reforge Reveal Package (Legends of Runeterra)

The reveal package introduces a new mechanic, Reforge, and Riven looks to be incredibly versatile.

The previous Noxus reveal included some Challenger units that would pair well with the new spells so be sure to revisit that if you missed it.

Here are all the new Noxus cards from today:

For more impressions on these cards, be sure to also check out Swim’s video below: 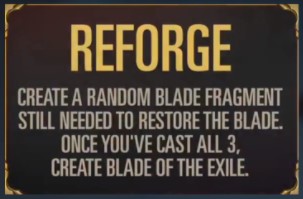 Overall, the Reforge mechanic looks like it will be the focus of all kinds of Riven decks. Reforge also works well with Viktor and Zoe since they are created cards and can help reach each of their level ups.

Lee Sin, Fizz, and many other champions also have potential synergy with Riven and I’m excited to see what she does.

The value of reforging and the fragments will be determined by the payoff of Riven and the Blade of Exile. 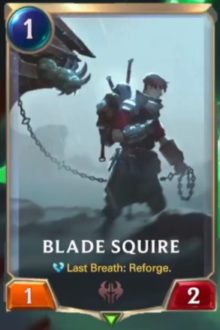 Blade Squire is a nice 1 drop to allow you to start reforging right away. Blade Squire could be good depending on Riven and Blade of Exiles payoff.

If going for rReforge as fast as possible is a good game plan then Blade Squire is a great way to do it. 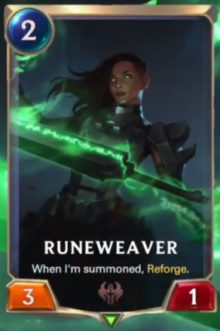 Runeweaver is a 2 drop that allows you to Reforge. This is a straightforward 2 drop that helps you get closer to creating the Blade of Exile and seems like it will be a staple in Riven decks. 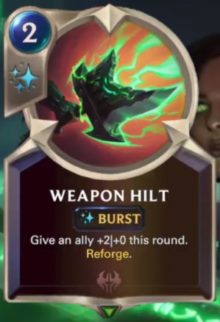 Weapon Hilt is a combat trick that also allows you to get closer to completing the Blade of Exile.

This card allows you to get value out of a combat trade while also getting closer to completing the Blade of Exile for Riven. 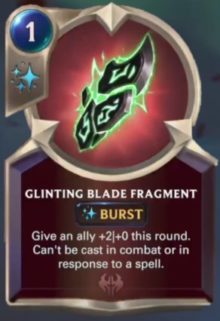 Glinting Blade Fragment is one of the strongest fragments. This card can be used to set up better combat trades, push damage or contribute to Champion level ups.

The nice thing about the blade fragments is that they get value off of their effects while also working to create the Blade of Exile. 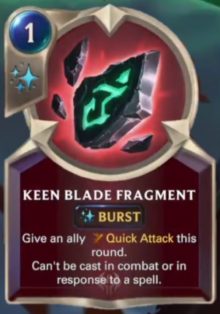 The Keen Blade Fragment gives Quick Attack for the round. This can be used to push for damage in the early game since if they block Quick Attack they will lose their unit.

This blade fragment can also be utilized with Challenger units to get easy kills for 1 spell mana. 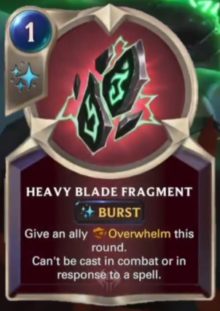 The Heavy Blade Fragment grants Overwhelm for 1 spell mana which can be used in multiple ways.

This card can be used to push huge damage in aggressive decks or give Lee Sin Overwhelm to combo with his leveled up form.

Lee Sin has a lot of synergy with the blade fragments since they level him up and allow him to OTK as well. 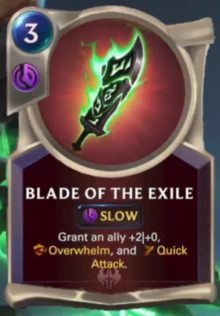 It can be used on Lee Sin to give him OTK potential, in aggressive decks to push huge damage through blockers and presumably contribute to Riven decks win conditions.