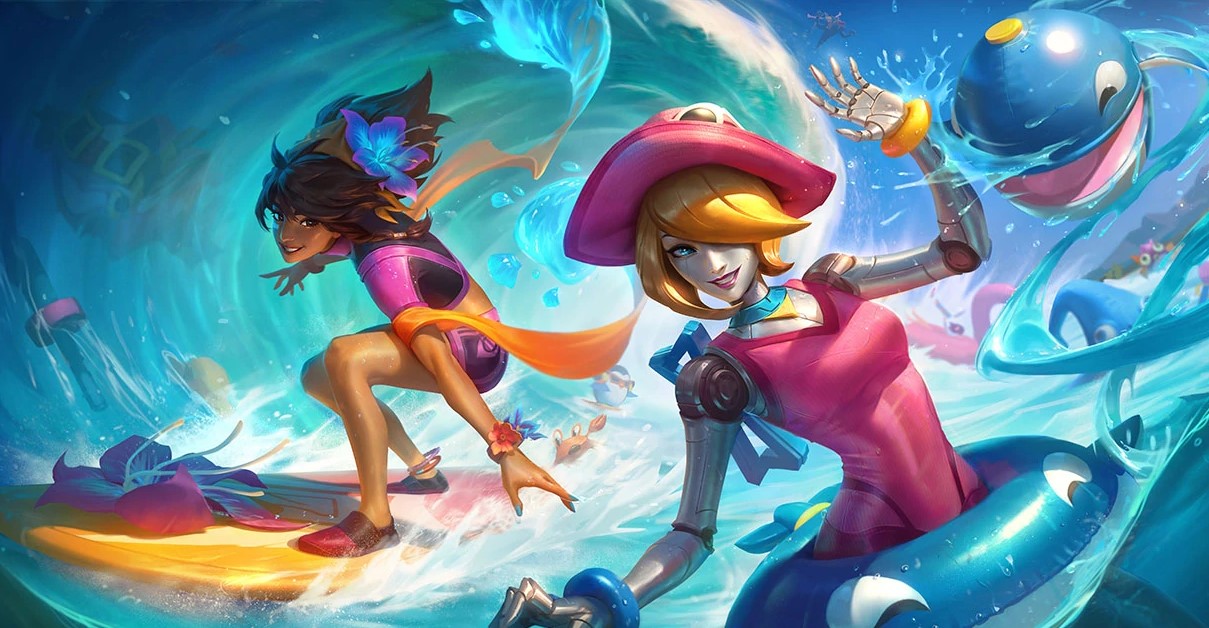 How to Climb in Low ELO as a Mid Laner

A good Mid laner dominates the map through killing the enemy and roaming. In order for you to play with the best, you’ll need to play like the best and get kills and snowball your lead. In this Mobalytics guide by PicklePants, we will be focusing on how to climb in low ELO as a Mid Laner. In this guide, we’re going to go with anything below or around the lower end of Gold is low ELO, and anything above or around that is high ELO. You may disagree with this statement, but that’s what we’re going with for the context of this guide.

If you do disagree, however, that’s okay. Everyone’s definition of what low and high ELO is are different.

Controlling your mana is one of the fundamentals every player needs to learn in order to succeed and in League of Legends, resources mean everything in lane and if you’re without them, you’re going to find it hard to deal with the enemy as you’ll have to give up lane control to them.

Lot’s of players in low ELO use most of their mana bar trying to farm and last hit minions. This is a big no-no and generally speaking, you’ll never want to use your abilities solely to farm with. Instead, you need to try to find a healthy balance between using your mana to poke and trade with, and also farm with.

There are a few things you can do to optimize your mana usage in the early game. One of the most underrated techniques is to reposition when using your abilities so your spells push the wave and hit the enemy at the same time.

Some champions will need to push a lot in the early game. If you aim your abilities so they hit as many minions as possible and deal damage to the enemy champion at the same time, you are making great use of your mana pool.

In particular, if you have an AOE ability like Cho’Gath Q, Ahri Q or Syndra Q, try and aim your abilities so they hit both the minion wave and the enemy champion at the same time.

There are tons of things you can do to make the most of your mana. If you want to learn more, we’ve made a guide on how to maximize your mana in League of Legends.

Learn how to play melee vs ranged

Lots of champions in the mid lane are melee and if you’re an assassin player and play champions like Talon, Zed or Qiyana, you will find yourself in matchups where the enemy has the range advantage.

When playing at a disadvantage from the get-go, it’s important that you adapt your playstyle so you have the best possible outcome regardless of the matchup you’re in. In many cases, you should play as if you were behind. When the enemy has the range advantage, be prepared to sacrifice some CS for XP and health. If the enemy is going to be in range to harass you when you walk up to last hit, you may have to let them go to retain some of your health.

You do not want to give up too many minions though, but giving away a few here and there can be the difference between surviving the laning phase and falling behind.

The best minions to give up are the back minions as they give the least gold and will be closer to the enemy champion. Avoid sacrificing cannon minions if you can help it as they give a lot of gold and lots of XP.

There are lots of other things you can do to make playing these matchups easier such as keeping the minion wave closer to your side of the map early on so the enemy cannot zone you and force you to use your abilities to farm with.

If you need to learn how to keep the minion wave here, check out our in-depth wave management guide here.

While this image shows the bottom lane, it works basically the same in the mid lane.

You can also do things that will help you survive the early game like taking alternative secondary runes and investing in defensive stats like taking Resolve or Inspiration secondary. You could also go ahead and take alternative starting items like opting for a Doran’s Shield or Corrupting Potion instead of Doran’s Blade. At the end of the day, when you’re in a matchup where the enemy has the range advantage, you have to be warier of your positioning to avoid letting the enemy harass and poke you down for free.

We’ve made a separate guide on how to play in matchups where the enemy has the range advantage. Make sure you give it a read as there are plenty of other tips in it.

Just like our above example, learning how to play from behind is key to climbing as you’ll stop yourself from falling further and further behind. If you don’t play respectfully or adapt your gameplan when you’re behind, you’re going to put yourself behind even more.

We will not be discussing how not to put yourself behind, but instead talk about what you can do to get back into the game once you’re behind. First off, while not applicable to lots of champions in the mid lane, some champions can be built rather tanky and be the front line for their team. This includes champions like Galio, Pantheon, and Renekton mid.

Adjusting your build path is crucial when playing from behind- even when you’re not playing someone who can be built full tank. If you’re against someone who is really strong in the early game, you may want to invest in an early Zhonya’s Hourglass to protect you from their burst or all-in.

Another thing you can do when playing from behind is to avoid pushing the minion wave so the enemy is unable to zone you away from farm or all-in you as soon as you walk forward to last hit.

However, when doing this you will lose priority in lane which will allow the enemy laner to move around the map freely. If you see that the enemy Mid laner is headed bot side, you should avoid following them as they may be baiting you in and try to kill you as soon as you leave lane. Instead of following, ping that the enemy is missing.

Staying in the mid lane can give you an opportunity to pick up much-needed gold and XP to get you back in the game. Another way of catching up in gold and XP is by farming jungle camps if your Jungler is not nearby or needs them. This is particularly good in the mid-game.

We’ve made a separate guide on how to play from behind in the mid lane if you’re interested in giving it a read.

It’s definitely easier said than done but try your hardest to not die in the early game. If you die often, you’ll give the enemy Mid laner more gold which will increase their chances of snowballing and carrying their team to victory.

One way you can survive the laning phase and prevent yourself from dying is by playing respectfully when you’re in tough matchups (like we’ve discussed previously) and not putting yourself in positions where the enemy can easily kill you.

You can do this by having sufficient warding and vision around your lane so you can spot the enemy Mid laner as they move around the map. You can also ward to help you track the enemy Jungler so they can’t kill you in your own lane.

Lower ELO players tend to never check the map or ward, so if you learn when and where to ward, you’ll start dying less to ganks as you can disengage as soon as you spot the enemy Jungler.

Now where to ward can be challenging, but look no further. We’ve made a separate guide on all warding locations to help you out. Check it out here.

If you have good vision and good map awareness and are dying to the enemy laner and not the Jungler sitting your lane, then you’re probably taking too much damage prior to the all-in.

If the enemy has skill shots that only deal damage to one character, make sure you stand behind a minion at all times so the enemy cannot damage you with that skill shot. When looking to trade, try and do so when the enemy has one of their key abilities on cooldown. This will mean their damage output will be lower and you’ll probably come off with the health advantage.

These tips aren’t always going to help you, but this guide definitely will. Check out our guide on 5 ways to get better at surviving the laning phase. In it, we discuss multiple things that can help you die less in League of Legends.

Focusing on improving one thing at a time will make you a better player overall. Focus on the basics first and move from there. Don’t jump in the deep or end else you’ll find yourself struggling to improve.