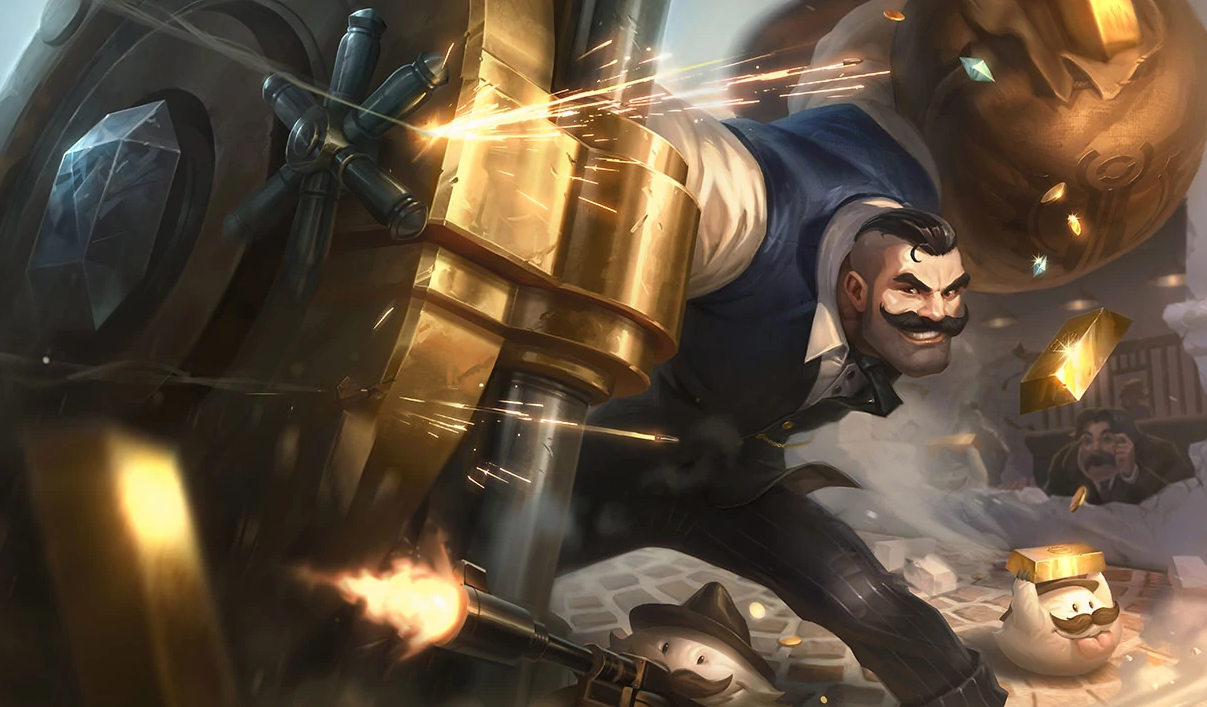 5 Ways to Get Better at Surviving Laning Phase

How to Stop Dying in the Early Game

Dying is part and parcel of League of Legends and it is something everybody experiences. The majority of players die more than once a game, and it’s rare to see somebody play so consistently. The fact is, everybody dies more than they should and if you’re slain at the wrong time it can cost a game. Surviving through the laning phase is crucial because it will allow you to build a strong foundation for the rest of a match. Some champions and matchups naturally have kill pressure from the get-go and can leave you at a disadvantage. Talon himself is responsible for 25% of First Bloods in the game (shown above). To prevent you from becoming another First Blood statistic, you need to prepare for every situation and be ready to adapt. In this Mobalytics guide by PicklePants, we will discuss 5 ways you can improve your overall survivability, and prevent the enemy from snowballing and gaining a lead by not dying during the early laning phase.

One of the most efficient ways to prevent deaths in the early game is by making sure that you have the correct starting item. If you are in a matchup where the enemy has an advantage through either range or burst power, you may need to take a more defensive starting item rather than a more offensive one.

There are many different scenarios and matchups that can influence your item choice. In many cases, experience plays a huge part in the decision. You need to make sure that whoever you are playing benefits from the starting item you want to choose and that the item makes sense into the matchup you’re playing. There’s no point taking Doran’s Blade on Renekton if he’s going to be bullied out before he is able to trade with the enemy. Starting items are sometimes overlooked by players who do not realize how impactful they can really be. Yes, some champions cannot choose more than one starting item, but the majority of them can. For example, Irelia cannot really take any other items except for Corrupting Potion as it really reduces her early game potential. Renekton, however, can take Doran’s Blade or Doran’s Shield.

If you take the wrong starting item, you can be killed or bullied out of lane and forced to recall. You will start to miss out on farm and gold which will give the enemy an advantage in lane that you may not be able to equal. Furthermore, they would be able to hit level and item spikes before you which allows them to go for trades and dictate the pace of the lane. Many champions have power spikes, which we will move onto shortly, but because you were killed or forced to back, they have the advantage in lane.

If you are unsure on what starting items you should take, he is a general guideline: If they have the range advantage- take Doran’s Shield or Corrupting potion. If they have the poke- take Corrupting potion. If you have a favorable matchup, you can consider taking Doran’s Blade to maximize your bully potential. Another way of deciding what items you should take is by looking what pro players take in certain matchups. Alternatively, you can use the Pre Game feature (shown above) to help you decide a good choice. Our team keeps these builds up-to-date as the meta changes to give you the best preparation for your match to help you start off strong.

2. Level up before your lane opponent

In the early game, you need to make sure that you always get the level up at the same time, or before the enemy. Without the level up, the enemy may be able to deny you from farm and experience. Alternatively, they might try to trade and fight you. It’s not uncommon to be killed at level 2 or level 3 by somebody who is good in the early game such as Talon, Lucian, Riven, Darius or Pantheon. Being the same level as the enemy denies them some pressure in lane as they will not have an ability advantage.

If you’re leashing for your Jungler, you will need to leave no later than 1:38 to secure the first three melee minions. Leaving any later will spoil the chances of you securing the level up on the 7th (or 9th) minion.

If the enemy gets to level up before you, you need to play it safe and back off. As the enemy is a higher level than you, they will have an ability advantage over yourself.

The leveling system in League of Legends it is pretty unique and complicated. There’s no real point tracking your experience as a whole because it is something you don’t need to necessarily worry about par from a few exceptions.

For example, levels 2, 3, 6 and 11 are common levels where champions have power spikes. After the first few levels, it is quite difficult to track experience and leveling. Just keep an eye on your XP bar and try to have a rough understanding of where the enemies are at the same time.

Trading is such a complex subject and we will write a guide on the subject (soon™). Constantly trading is not always a good thing and you shouldn’t be looking to trade every second of the game. Taking a single trade at the wrong time can lead to something as horrible as death or something as minor as poke damage. But remember that in lane, the little things add up and a few pokes here and there could put you in range for an all-in.

You should look to maximize your damage output while also minimizing the damage taken. As this guides forefront is about reducing deaths, here are 3 major rules of thumb for trading in the early laning phase:

In League of Legends, there are lots of “unofficial timers” that are only visible when you have a lot of experience ate the game. These timers are unique in the fact that they are broad but very specific. The best way to describe this is with an example. If you know that the enemy Jungler started at the bottom side of the map, at around the 2-3 minute mark is when they will be in the top side of their Jungle or in the river. Avoid overextending during this time to prevent yourself from being ganked.

These timers are all about experience and learning to “feel them” over time, so it can be quite difficult to prevent your deaths alone from this. One way of assisting you with this is by checking the clock frequently and trying to guesstimate where the enemy Jungler is.

It’s important that you use wave management to your advantage by actively thinking about what you want you can do and what the enemy can do to you. For example, if the enemy is great at dueling and trading, you should not push the wave too far forward as they can deny and fight you for farm. Here are an image and quote from our wave management guide: If you use the incorrect wave management technique such as pushing consistently, you are putting yourself in grave danger. Because of this, you are opening yourself up to ganks, trades and the potential to be poked down and killed. This is why it is important to always have wave management in mind when you are laning.

So how do you wave manage? Well, if you are not wanting to die in lane, make sure you do not use your abilities on the minion wave as this may make the wave start pushing. You should also prioritize last-hitting rather than auto attacking the minions when they are on full health as this will make your minions kill the enemies faster which will start to push. If you are being pushed in, try to prevent the wave from crashing into the tower as it will either reset or bounce which can leave you in an awful place and unable to farm.

5. Always ward and keep an eye on the map

One of the most fundamental things that players learn is that your ability to live is directly tied to the amount of vision control you have on the map. Every match is a constant battle to place the best wards and deny as much vision as you can from the enemy team. This is especially true during the laning phase since it’s when the Jungler is most active and impactful. If you push up your lane without wards, you’re just asking to die.

Map awareness is another issue that many players suffer with. From Bronze to Diamond, the actions some players take when somebody is spotted nearby can be questionable. We all make these less than perfect plays. You can use the map to your advantage to see where the enemy is and where the enemy isn’t.

For example, if an enemy is missing from a lane, it is either because they have backed, gone to ward or are roaming. Either way, you need to play slightly more defensive if you are in a separate lane to make sure that you do not get caught out. You can prevent dying from this just by just playing safe when somebody is missing. We’ve touched on it already, but if you know where the enemy Jungler is then you will not be surprised by them. One way of knowing where the enemy Jungler is is by purchasing wards and placing them throughout the laning phase. This also means that you need to utilize your trinket and place the wards that are given to you.

Dying is something we all have to accept in life and in game. It’s important to live a healthy and fulfilling life by making worthwhile decisions and making the best of bad situations. League is a game of risk and reward, sometimes you’re going to have to make trades or look to make plays in order to win. As you improve over time, you’ll learn how to walk the line of maximizing your impact while staying healthy and afloat.

Thanks for reading! What are your pointers for surviving lane phase? Let us know in the comments section. As always, you can talk to our team at any time in our Discord server.