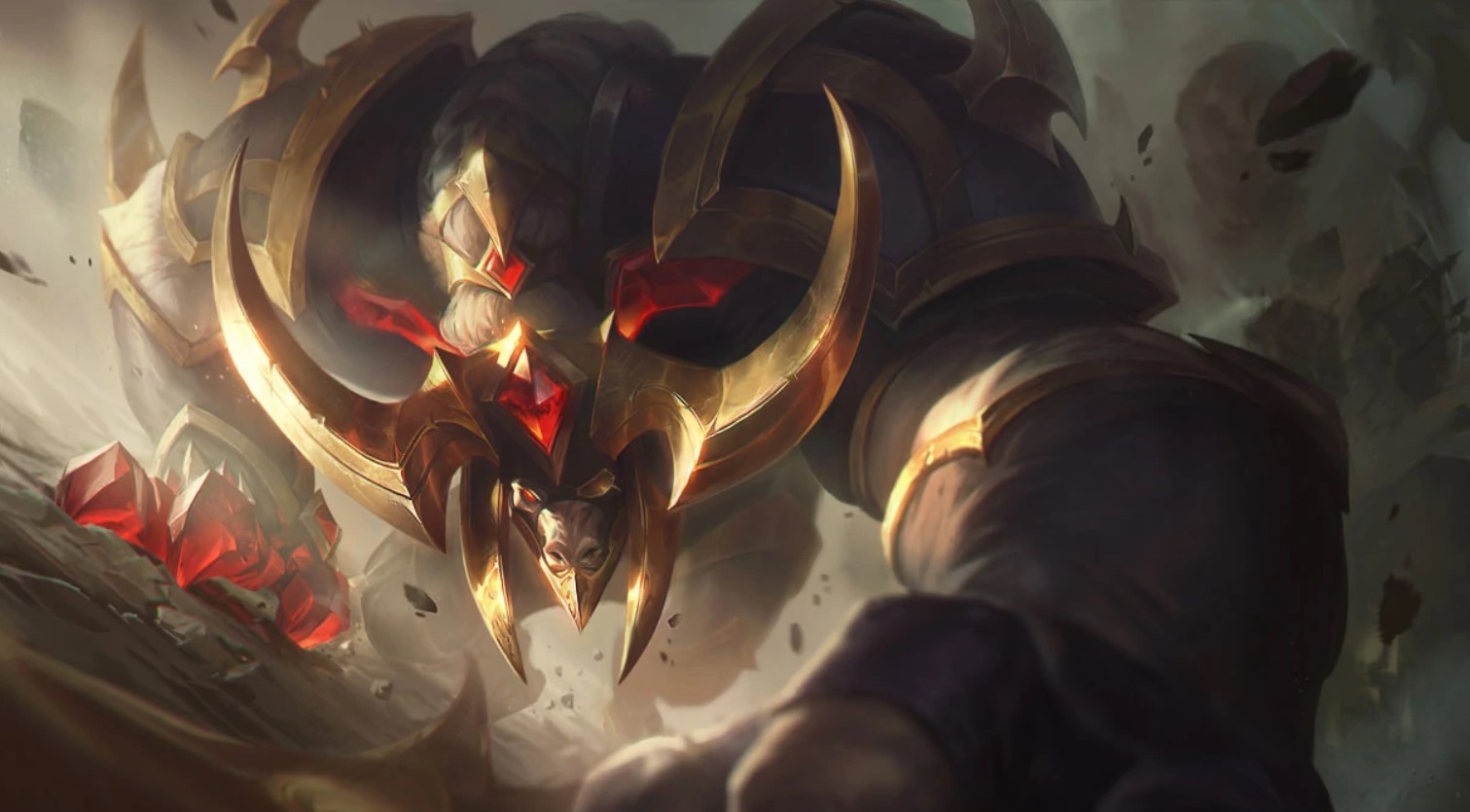 A Beginners Guide to Support Micro

Support micro is very important, more so than most people imagine. It is one of the most important and impactful things you need to understand as a Support in order for you to do well in lane, and in the later stages of the game. If you are able to master and understand basic micro, you will be able to climb so much easier and improve quite substantially as a player.

In this Mobalytics guide by PicklePants, we will go over some basic Support micro to help you improve in the laning phase. Before we begin, this guide is not intended to be a one-stop-shop and tell you everything you should do in the laning phase. It is, however, going to give you a good basis to start from to improve.

Before we discuss ways you can improve your micro, we need to ask ourselves- what is Support micro? Support relates to the Supportive role down bot lane of course. And micro relates to small things you can do in the lane that can help you win it.

The small things or actions include (but are nowhere limited to) poking and trading, understanding when to trade and when not to, positioning in the lane, when to help your ADC push and when to hold the wave, and a bunch of other small things.

Now we’re not going to discuss everything, but we are going to go over the basics and from there you can improve on those things and then you’ll improve overall.

Having good Support micro is very important and can quickly snowball into greater things if your micro is good. As an example, you will be able to get more gold, more kills and have more pressure in lane.

Of course, there are a lot of other things that can be achieved with good micro too, but it all relates to getting better which is why it is so important.

As an example, letting them play aggressively, letting the ADC get farm, and letting the AD carry deal damage to the enemies tower. There are actually a ton of things that your carry relies on you to do in order for them to scale.

Let’s assume you don’t know how to position in lane. Most lower ELO players tend to position too far back or too far forward in lane which results in either one of two things.

Either you get poked down and lose a ton of health or you are positioned too far back which results in you not being able to play aggressively or trade with the enemy. Both of these things have the exact same results and you and your ADC will fall behind. So where should you be stood? You should try to stand next to and in line with your ADC at all times. Usually, it’s best to toggle between being next to them, slightly behind them and then in front of them.

You should try to stay around them as much as possible and only moving away from this position when you go to ward or roam.

We recently have made a very specific Support positioning guide which I would recommend reading if you want to learn a little more about positioning and where some of your favorite champions should be positioned.

As a side note, positioning needs constant adaptation and I hope that this section has provided you with a good basis to learn and improve from.

Take note that you’re not always going to be able to position or do things like this. However, you should try to use this as standard in an even match up.

When matchups start going one-sided, doing these things isn’t necessarily possible or advised. In addition, some Supports differ depending on who the champions play style.

Without a doubt, the biggest and most common early game power spike is a champion’s level 2. In the bottom lane, a level 2 all in can make or break a lane so it’s important that you either go for it or be prepared for it.

To get level 2 in the bottom lane, you need to get the first 9 minions which is the first minion wave followed by 3 melee minions on the second wave. Take note that it has to be the melee minions as a whole in order to get level 2. 2 melees and 1 ranged will not give you level 2.

It’s important that you hit level 2 before the enemy or at the very least at the same time. This is because you can either prevent/have a better chance of surviving an all-in or going for one. As an example, Blitzcrank will always want to hit level 2 first against a Morgana so she is unable to level her Black Shield second to stop the pull.

As soon as you get to lane, try to poke the enemy laner with your basic attacks/ abilities and also try to push the wave at the same time. If you can auto-attack the wave and make the minions die quicker, then you will hit level 2.

If the enemy gets to lane and starts auto-attacking the minions, then you need to auto-attack them faster so you can get level 2 before them.

Some champions are really good at getting level 2 first like Karma or Zyra as they can push and poke at the same time. Try to line up your abilities so you push and poke at level 1. You can then potentially look for an all in or a favourable trade.

3. Keep an eye on your Supporting item and max it out quickly

There was a time when players could sit back and relax with Ancient Coin and just passively pick up gold and mana. Fortunately- or unfortunately depending on how you look at it, this is no longer the case and now every Support has to be proactive in lane.

It is crucial that you try to complete your Support item quest as quickly as possible so you can start placing wards. Ideally, you should complete it by the 10-minute mark but the earlier the better. Most mage Supports can get it completed between the 6-8 minute mark if you’re good enough.

For tanks or champions who need to kill minions, you should use the first stack on a melee minion and execute it as quickly as possible (so you get the faster push) and then you can either kill another melee minion on that wave or wait for the second wave and use it there. When the third wave approaches, you’ll have another stack which you should use on the Cannon Minion.

Priority should be Cannon Minions then melee minions and finally ranged minions. Don’t bother using them on those minions because they give little gold and it’s not worth the stacks at it only delays your warding quest. They also give the least gold- so there’s always that.

For champions who need to poke like Zyra or Senna, try to harass the enemy whenever they walk forward or in range of you. A simple Zyra Q can spawn plants and deal a lot of damage if used in conjunction with Arcane Comet.

The most important things for these types of Supports is to play around your stacks and only poke when you have them available: go for a full combo only when you have 3 stacks. Trade abilities when you have Comet available ect ect.

The most important thing to remember is that you need to contain and have a reasonably sized mana pool at all times otherwise you’re an easy target for the enemy Jungler. So yes, you should look to poke as much as you can, but you shouldn’t poke too much.

We will not be going into too much detail about warding as we’ve covered it in plenty of our other guides, so I would recommend reading our comprehensive guide on everything you need to know about warding  if you want to know when and where to ward. It is very important that you never have more than 1 stack on your Trinket in the early game at any given time. Make sure you always consume it and place a ward before you get 2 wards in your inventory as holding on to them is not very good and provides your team with no information.

If you’re pushing, you should try to ward offensively, and if you’re not pushing the wave, then you should try to ward evenly or defenselessly. Now, warding does depend heavily on circumstances and our goal in this section is not to be super specific; I just wanted to make it clear that you need to ward and keep warding as having a packed inventory with no placed wards is the same as having an empty inventory with no placed wards.

In addition to placing wards, you should be proactive and destroying and clearing wards too. If you know where the enemy has warded, try to go and clear it if it’s safe to do so. Do not put yourself in a position where you or your ADC might die because you’re trying to clear a ward though. A good time to go and clear wards is when the enemy is dead or not in a position to trade with the ADC.

5. Help your ADC farm under Tower

It is inevitable that at some point you’ll be pushed under your tower before your first back. When this happens, you need to help your ADC farm under Tower and help them secure kills. If you don’t they might miss out on some.

AD Carries shouldn’t have a problem last hitting Melee minions and Cannons, but they will struggle on Ranged minions. Ranged minions require 1 Tower shot and 2 autos to kills, so you should hit them once so your ADC can kill them. They need to be hit before or after the Tower shot and then finished off by your ADC.

Here’s a very good example guide by Riot themselves.

Struggling with last hitting? Don't get frustrated, check out this vid for some pro strats!#MondayMotivation pic.twitter.com/9BLEFXrJW5

There are a ton of things you can do to improve your micro in lane to not only help you perform better, but also help your ADC win lane and help your other lanes too. This guide does not list everything in the world to do with Support micro, but it is a good basis to go by and a great starting point for players who want to improve their early game.