A good Support can make or break a lane, much like a good or bad ADC. As a Support main who plays a lot of ADC, it can be disheartening and make me feel bad when I lane with a Support who doesn’t play Support as I do.

For those new here, my name’s PicklePants and I am a Diamond 1 Support main; and this article is the final part of our 2 part series where we discuss some tips to help you play your role better from your allies perspective. Check out our previous 6 tips from your Support (an ADC’s guide) if you want to step up your game as the ADC!

Looking for extra tips to help you climb for Season 12? Sign up for a free Mobalytics account!

Getting level 2 first is very important in pretty much every matchup. You can look for aggressive plays with the level advantage and potentially get an early kill or two. To hit level 2 first before the enemy laners, you need to make sure you kill the first nine minions before the enemy. This consists of the first minion wave followed by the following 3 melee minions.

Now, you don’t have to constantly auto-attack the minions, but if you have an AOE ability, you could try to line it up to hit the enemy and the minion wave simultaneously, for example.

If you don’t hit level 2 and help your ADC hit level 2 first, the enemy might be able to all-in you, zone them away from the farm or force your ADC to play incredibly safe. But if you help them hit the minions, so you hit level 2 at a reasonable time, the ADC will be very thankful. 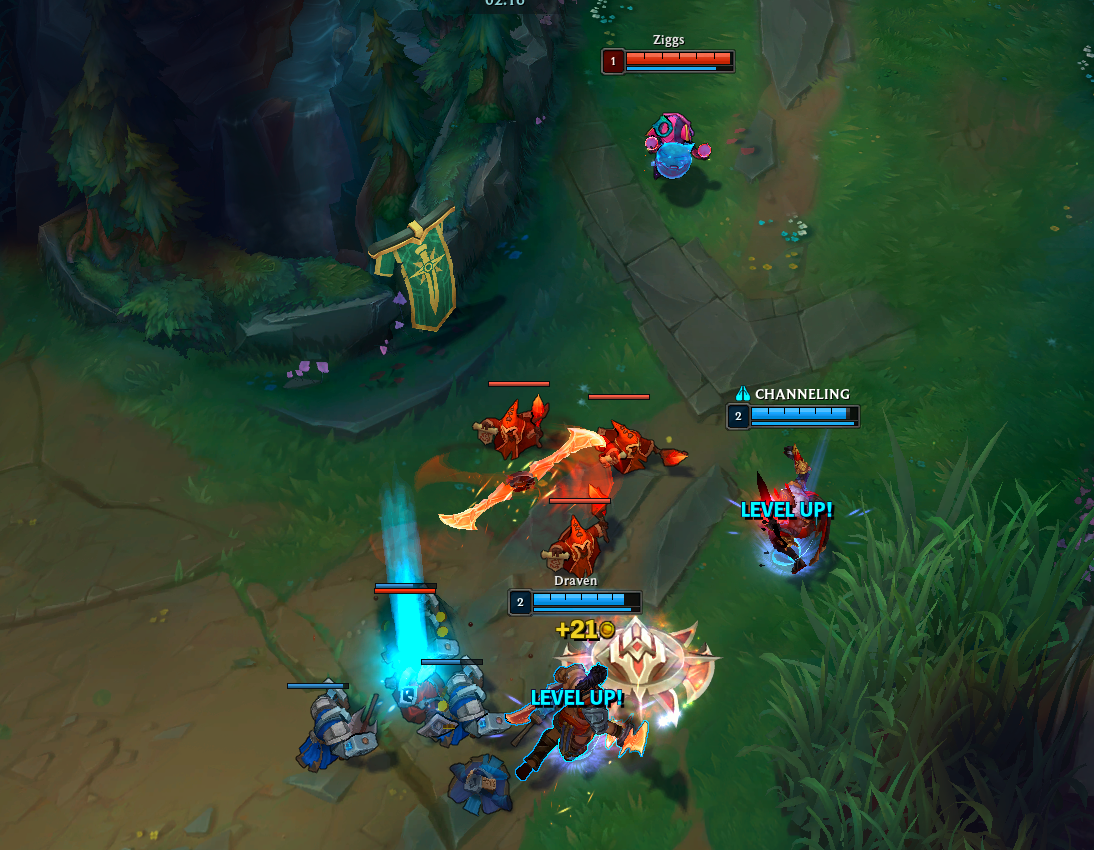 Following our previous statement about hitting level 2, throughout the laning phase, try to secure the cannon minions as often as possible. The reason for this is that they give you the most gold out of all the minions, which allows you to complete your warding quest quickly.

It’s not about just getting your warding quest done so you can start placing wards, though. It is also about completing your first item quicker than the enemy. If you optimise your gold income, you will reap the rewards incredibly quickly.

Here’s a separate guide on gold income for Supports. Give it a read if you want to step up your game!

This tip is slightly controversial, and it does not apply to every champion in the game. However, some champions can take either the blue Support (Spellthief’s Edge) item or the yellow one (Relic Shield). The blue item is very good at helping you trade and poke the enemy, while the other is less about trading. 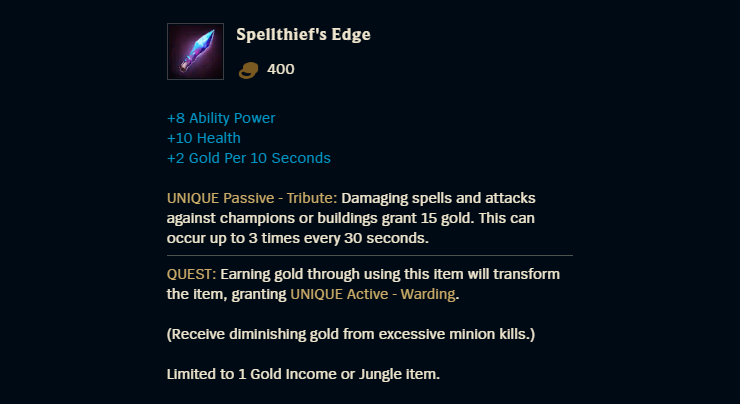 If you are not able to harass and poke the enemy a lot during the laning phase, don’t bother going for the aggressive item as you will not be able to stack it effectively. If you go for this item and don’t play aggressive or get stacks frequently, you will delay your warding quest and your mythic item.

Champions that can adjust the starting item include Janna and Soraka

If you’re AD Carry wants to freeze near their tower (just outside of the Towers range), you should try to tank as much minion damage as possible (while remaining relatively safe) until the upcoming minion wave arrives. Once the minion wave has arrived, drop minion aggro to prevent taking unnecessary damage.

If you can keep the minion wave frozen near your tower, you will allow your ADC to farm safely and secure tons of CS without fear of dying or being zoned away from the enemy. However, you might not be able to do this on certain champions, and it does depend on whether the enemy is in lane or not. 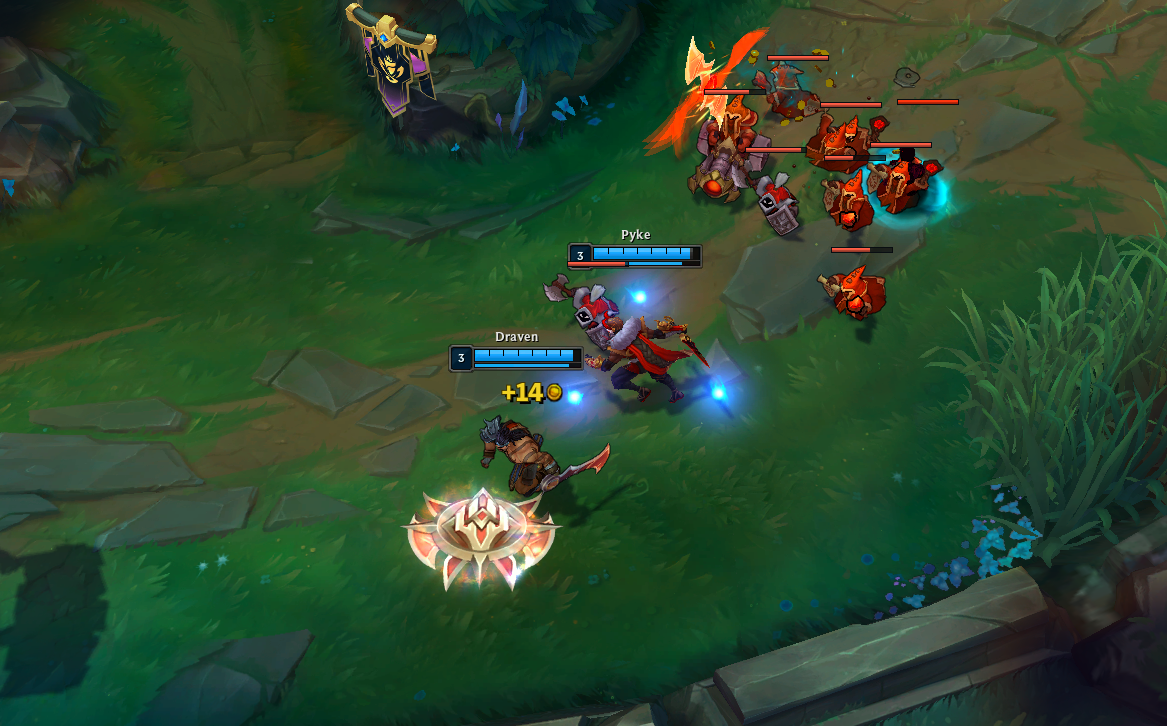 Try freezing and see if it works for you! Practice makes perfect after all, and you’ll soon find out when you can and can’t hold them for your AD carry.

Your positioning in the lane is just as important as mine. In the very early game, you need to watch your positioning and avoid taking unnecessary damage from the enemy. If you take too much damage, you will have to consume all of your potions and play safe.

Furthermore, I don’t want to have to blow Heal to protect you when you get caught out of position due to you not focusing. Here are a couple of things you can do during the laning phase to remain safe.

Stand behind the minion wave, so it is harder for the enemy to land hooks or poke abilities. However, stand away from the wave if the enemy has good wave clear as they will push and poke you simultaneously.

Avoid choke points by standing away from the wall. It is easier for the enemy to land skill shots when you are near the wall as you have less room to dodge. This is especially true versus champions with hard CC!

Something that is overlooked is the AD Carries positioning in the lane as well. Look at my positioning before initiating a trade or looking for an all-in. If I’m nowhere near you, it’s going to be impossible for me to close the gap and deal damage to the enemy quickly. If I am close to you, you can go in, but you shouldn’t go in if I’m far away.

Similarly, check how many minions there are in the lane before initiating a fight. If there are a lot of minions around, the likelihood is that I want to secure these rather than fighting the enemy.

It’s also not always a good idea to fight when there’s a big minion wave, as the minion damage impacts a fight’s outcome. If you go in on a huge minion wave, you risk losing the fight before it has even started.

That about sums up our article. We hope these tips will help you improve when playing as the Support as they’re essential for your ADC to perform well. If you both can synergise together, you will increase your chances of winning the lane.