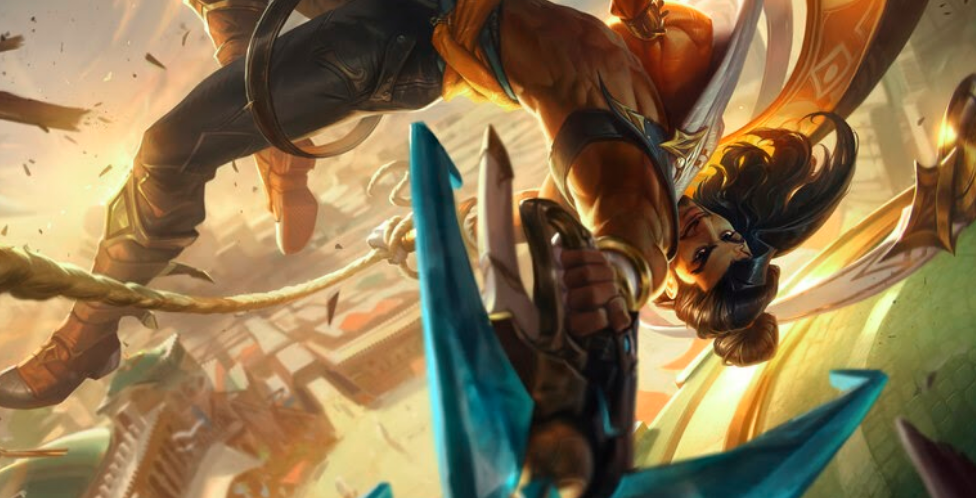 Akshan is the newest champion to hit Summoners Rift in Season 11. He is a champion that can be played in multiple roles, but for this guide we will be focusing on mid-lane Akshan.

His kit is very unique, and his mobility and kit are very, well let’s say- it’s got a lot in it. Have fun playing against him!

Before we begin, this guide is mostly theory craft and was created while he was on the PBE. There may be better champions out there that counter him. The champions we’ve recommended are good picks into him though.

If you’re interested in learning how to play as Akshan, check out Akshan’s champion page. You’ll find their latest builds, runes, combos and much much more.

5 champions that counter Akshan are Cassiopeia, Lux, Anivia, Xerath, and Syndra. You can find all the matchup tips we use in this guide on the Mobalytics App.

For Plus members, you can get specific matchup tips for the champion you’re playing versus the enemy laner at your fingertips while you load into the game.

We have tens of thousands of different, highly specific matchups curated by our challenger level players to help you lane against the enemy champion.

Cassiopeia has very strong all-in and turnaround potential with her Ultimate and her E spam. If he uses his E aggressively and misses, she can easily abuse him and chase him down.

4 tips to counter Akshan as Cassiopeia

Lux is a safe pick into Akshan and she shouldn’t die to him during the lane as long as she positions well. However, while she is a safe champion, she can blow him up with a basic combo if he makes a mistake or gets too close to her.

4 tips to counter Akshan as Lux

Akshan will be trying to abuse the enemy as much as he can, and then spread his advantage to help his allies. Against Anivia, I don’t think he can do that. Her Passive makes it hard for him to kill her, and in the early game he will not be able to kill her twice in a row. Also, post 6, Anivia can keep him pushed into his tower while positioning safely so he cannot roam period/

4 tips to counter Akshan as Anivia

Xerath has lots of wave clear and can keep Akshan pushed into his tower. Furthermore, he is a pretty safe champion so he shouldn’t die to him during the laning phase at all. If Akshan does get a roam off, Xerath can push the wave and answer him with his Ultimate.

4 tips to counter Akshan as Xerath

Syndra has incredible wave clear and can keep him pushed in. This will make it impossible for him to roam around the map and help his allies.

4 tips to counter Akshan as Syndra

Please remember that this Akshan guide was mostly theory crafted prior to his release. We hope that these tips will help you play against him in the future.

For more tips and tricks for Akshan, check out Akshan’s champion page on Mobalytics!