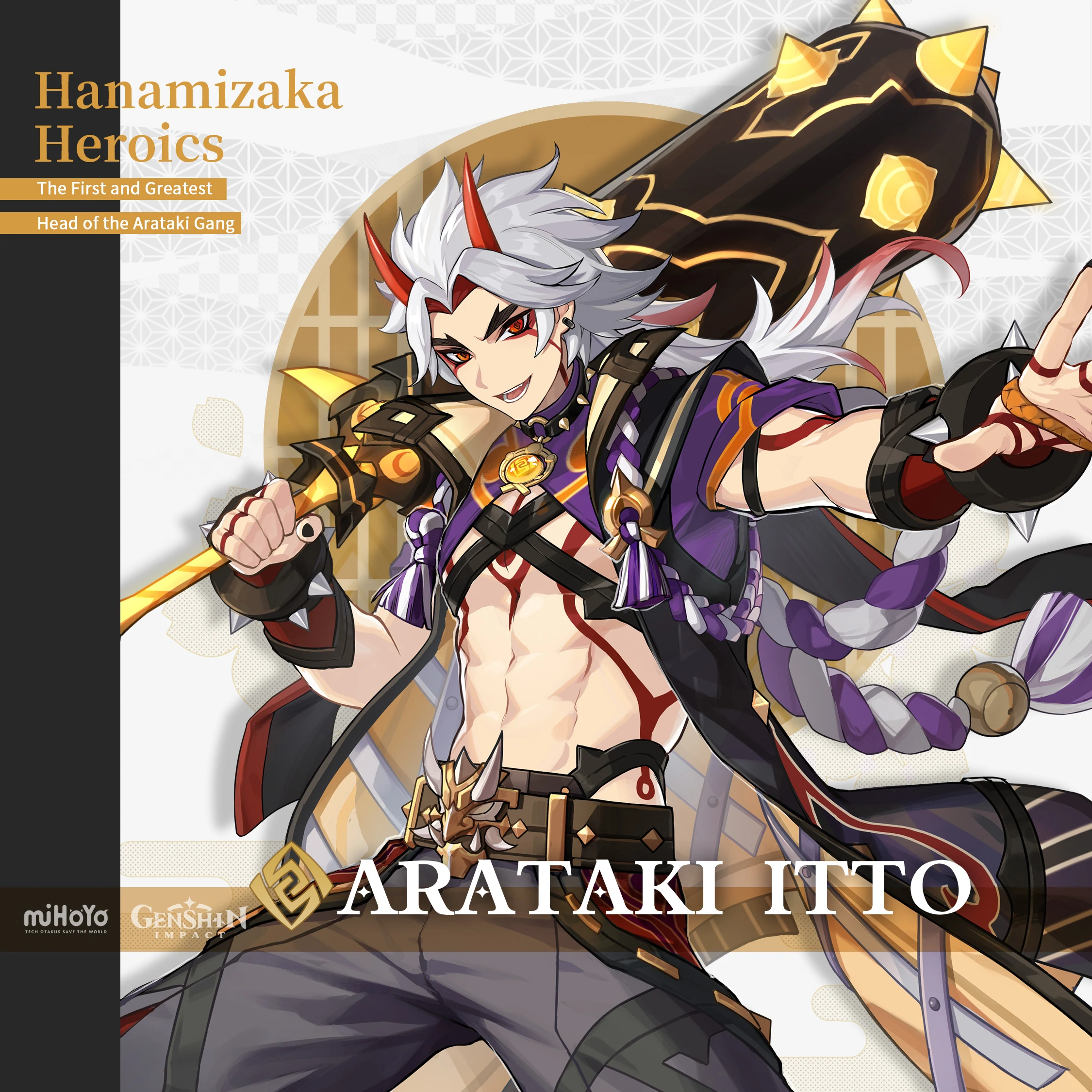 Arataki Itto is a Geo Claymore user that was first released back in patch 2.3. He is a fairly niche unit, but, in the right teams, can be one of the strongest characters in the game.

In this article, I’ll be going over everything you need to know about Itto, including his playstyle, best artifacts, weapons, teams, and more.

Itto’s normal attacks are nothing special. The main thing to note here with these is that, when he dashes or uses his E skill during his normal attack string, it will not reset the combo like it does with other characters.

His charged attacks, however, are quite unique. Itto utilizes something called “superlative superstrength stacks”, which are the main part of his kit. These stacks allow him to do upward slashes as his charged attack, called Arataki Kesagiri slashes, and he will perform one final powerful slash at the end of the combo.

These slashes are very powerful, and do not consume stamina, instead each slash consumes a superlative superstrength stack. Itto can carry up to 5 stacks, and the amount of stacks he currently has is indicated by the mask on his back.

You gain these stacks in 3 main ways:

You can gain more stacks with certain constellations, but, at C0, these are the only ways for him to gain superlative superstrength stacks. This may seem quite confusing, but you tend to get stacks fairly easily by simply playing Itto, so don’t worry too much about it all. Just pay attention to the mask symbol on his back to know how many stacks you have!

Now, onto his elemental skill, also known as simply ‘Ushi’. This is the most simple part of Itto’s kit.

When you use his skill, he will throw out a bull called Ushi, dealing geo damage to anyone he hits.

You can either hold his elemental skill to aim the bull, or just tap it to throw it in front of you.

Ushi acts as a geo construct, and stays on the field for up to 6 seconds, drawing the enemy’s attention. He will leave the field when either his duration is up, or he takes too much damage.

His elemental burst allows him to go into his ‘Raging Oni King’ state, which provides him with a multitude of buffs, the most notable being that all his normal and charged attacks are now infused with Geo.

He also gains an attack buff that scales off his defense. This is an important part of his kit as you will likely spend most of your time playing him in his burst state.

Itto’s main source of damage comes from his charged attacks, so this should be your first priority.

His burst gives him some huge buffs, so while you should prioritize his normal attack over his burst, it is still important to level his burst too.

His skill is the least important, but can still provide some good damage increases, so it is definitely worth leveling if you have the resources!

Itto doesn’t have many specific combos, as the nature of his kit makes it hard to keep track of everything perfectly. However, there are a couple combos we recommend.

Note: Since Itto’s combo is different from most Characters, we will refer to NA# as the different parts of the normal attack combo.

Overall, you should aim to use his E in between the first attack of his normal attack combo, and the second one, to maximize the number of superlative superstrength stacks you can gain.

As you ascend Arataki Itto, he will gain Crit Rate.

This passive allows each consecutive strike of his Arataki Kesagiri slashes (his charged attack) to gain 10% attack speed, up to a maximum of 30%. It also increases his resistance to interruption. This is a nice passive to have, and you don’t have to think about it at all, it will simply give you some extra buffs as you play.

Bloodline of the Crimson Oni: Arataki Kesagiri DMG is increased by 35% of Arataki Itto’s DEF.

This passive increases his Arataki Kesagiri damage (charged attack damage) by 35% of his defense. This is important as it is one of the reasons why it is advised to build Itto with a lot of defense.

Woodchuck Chucked: When a party member uses attacks to obtain wood from a tree, they have a 25% chance to obtain an additional log of wood. 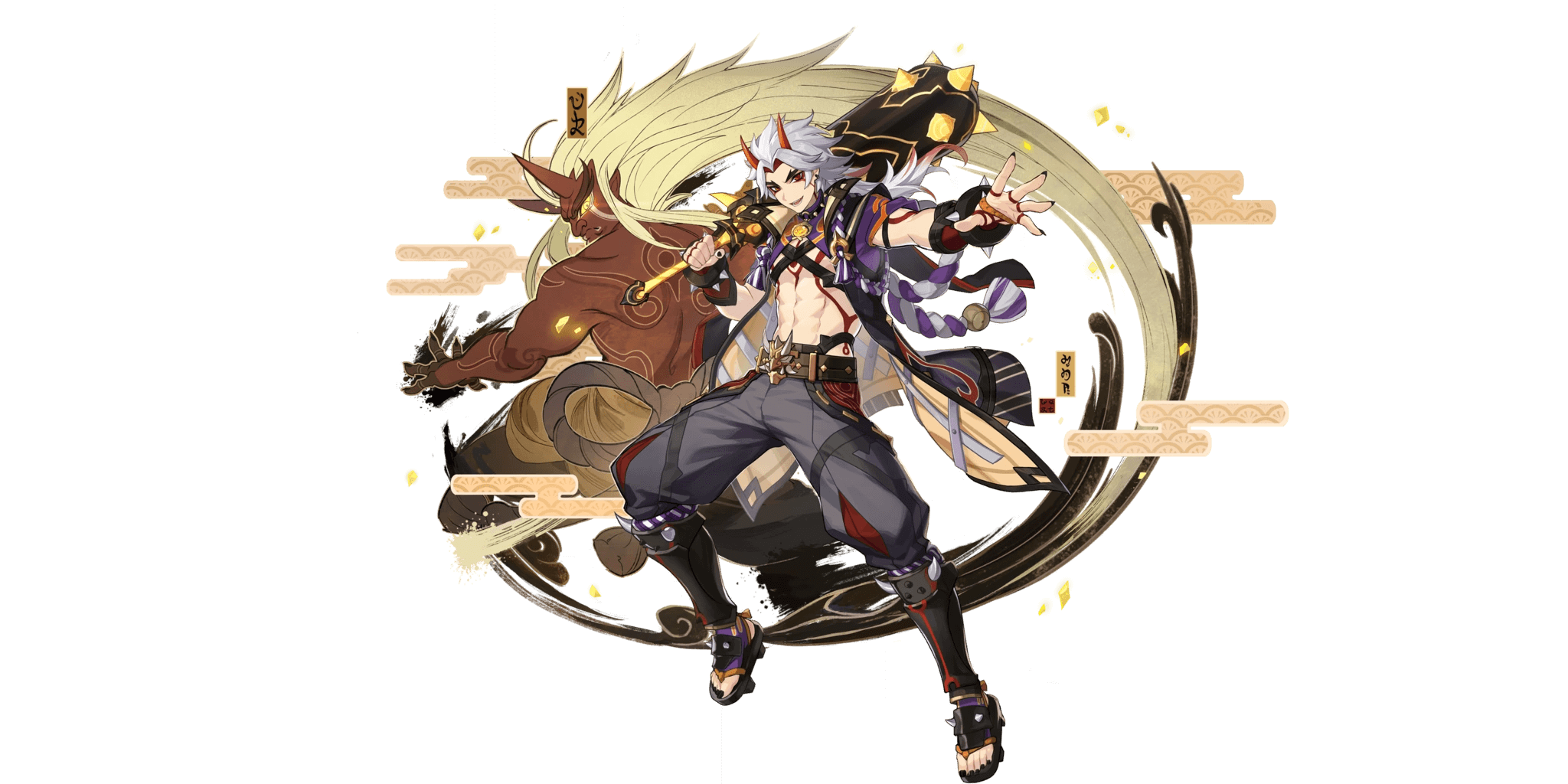 Itto is a great character at C0, however some of his constellations can add a great boost to his damage. Here is a quick rundown of how good each constellation is.

Constellation 1: Stay a While and Listen Up

Constellation 2: Gather ‘Round, It’s a Brawl!

After using Royal Descent: Behold, Itto the Evil!, each party member whose Element is Geo will decrease that skill’s CD by 1.5s and restore 6 Energy to Arataki Itto.
CD can be decreased by up to 4.5s in this manner. Max 18 Energy can be restored in this manner.

Increases the Level of Masatsu Zetsugi: Akaushi Burst! by 3.
Maximum upgrade level is 15.

When the Raging Oni King state caused by Royal Descent: Behold, Itto the Evil! ends, all nearby party members gain 20% DEF and 20% ATK for 10s.

Increases the Level of Royal Descent: Behold, Itto the Evil! by 3.
Maximum upgrade level is 15.

Arataki Itto’s Charged Attacks deal +70% Crit DMG. Additionally, when he uses Arataki Kesagiri, he has a 50% chance to not consume stacks of Superlative Superstrength.

Arataki Itto has a fairly unique playstyle. Using him correctly is all about utilizing his Arataki Kesagiri slashes within his burst as much as possible.

One of his downsides is that he has extremely limited team comps, so if you like switching characters out and trying a lot of different teams, Itto may not be for you. However, if you’re looking for an on-field carry who can dish out huge numbers in the right teams, Itto is perfect.

Itto’s best set by far is the 4-piece Husk of Opulent Dreams (HoOD) set. This set increases Defense and Geo damage, both of which Itto benefits from greatly.

You should aim for a 4-piece HoOD set, but, in the meantime, using 2-piece sets of HoOD and Archaic Petra can be a good alternative. You can even use 4-piece Retracting Bolide, however this set is very circumstantial, and should only be run if you have a strong shielder on the team.

As most of Itto’s damage comes from his burst, having his burst up consistently is extremely important. You should aim for at least 130% energy recharge, and more if possible. You should prioritize this in your substats.

After you have enough energy recharge, you can start looking for good amounts of crit damage and crit rate. Any extra defense, especially def%, will definitely be welcome too.

These are the best 5-star weapons for Itto. Other 5-star options are usable, but these are the only ones that are recommended for him.

Itto’s signature weapon. This has a huge crit damage value, and a passive that is perfectly suited to Itto’s kit. Definitely use this on Itto if you have it, as it is undoubtedly his best weapon.

This is a good option for Itto as it covers virtually all of his Energy Recharge needs, allowing you to focus solely on crit and defense stats in his artifacts.

These are the best 4-star weapon options for Itto.

Serpent Spine is a really strong weapon overall, and definitely works wonders on Itto. The Crit Rate substat is very useful, and the passive certainly helps Itto too. This is widely considered his second best weapon, beaten only by his signature weapon Redhorn Stonethresher.

Whiteblind is a great weapon as it is craftable, meaning every player will have access to it. If you have none of the other options above, this is a great choice due to the defense substat, and defense increase in the passive too.

Blackcliff can also be a decent option, due mainly to its Crit DMG substat. However, it is acquired through the starglitter shop, and generally isn’t worth it especially when you can get Whiteblind for free. If you already have this weapon, it can be a great option, but it is not worth buying specifically for Itto.

Itto’s teams are one of the most important parts of him, as he excels in one specific team: a Mono Geo team.

Luckily, this team is fairly easy to build. It consists of Itto, and at least 2 other Geo units. The last unit is either another Geo unit, or another buffer character such as Bennett.

For the Geo units, Gorou is in most teams, due to his kit synergizing so well with Itto’s. If you have Gorou, it is a good idea to use him with Itto.

Zhongli, Albedo, Geo Traveler, or Ningguang can all work well with Itto in the Geo unit slots. Overall, if you have Itto, Gorou, a third geo unit, and then a flex character that either does more damage or adds more support to the team, you have a good Itto team! 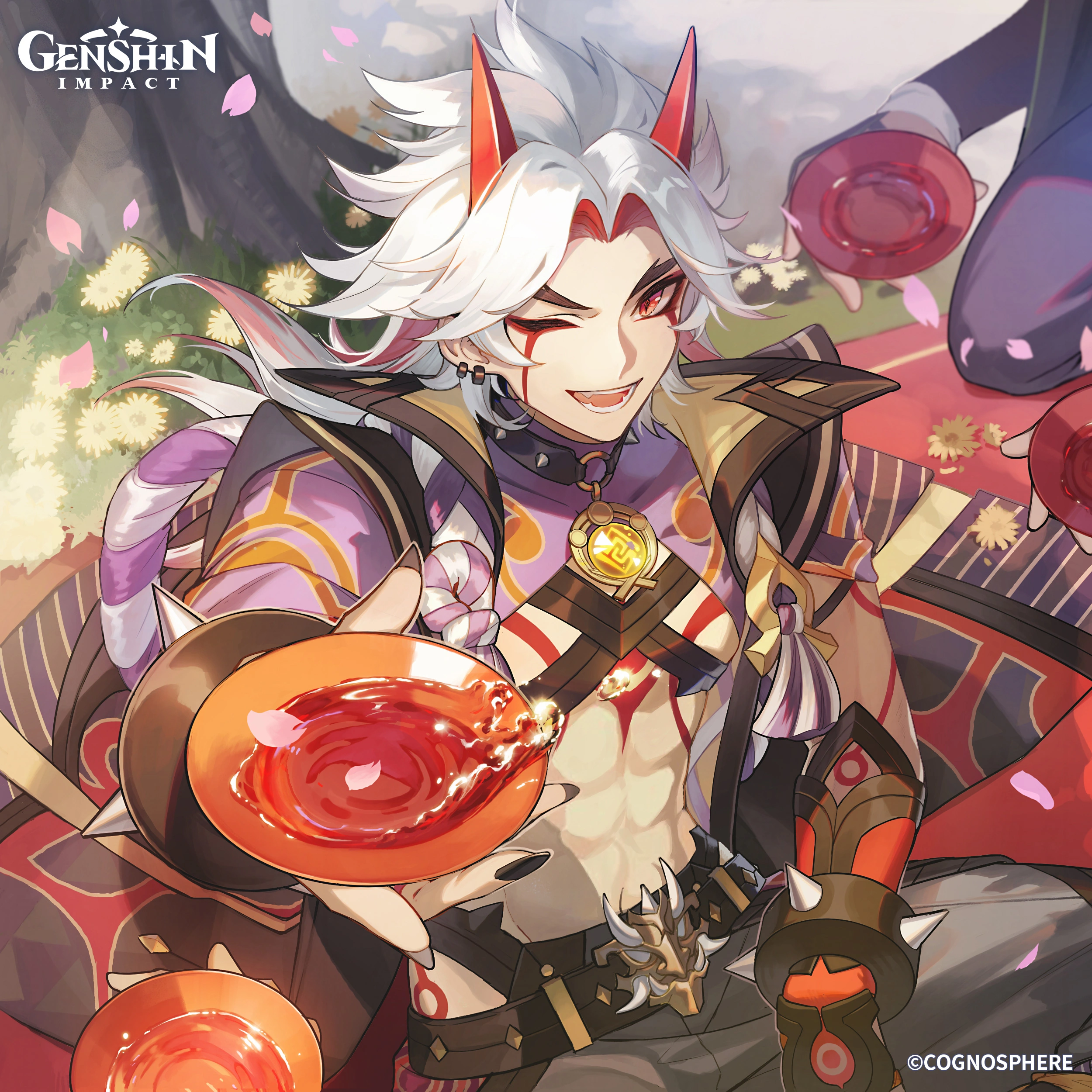 This wraps up our Itto guide! Overall, Itto is a great character, and I hope this has helped you learn how to use him a little bit more. Itto’s banner has just passed, so hopefully, you were able to wish for him.

Currently a high school student, living in New Zealand. I have always loved finding the most optimal builds for my characters since I started playing Genshin and I love sharing my knowledge to help others.