The final encounter of King’s Fall is Oryx.

This encounter is a more intensive version of the Daughters of Oryx.

Many of the base mechanics are the same, so you’ll have a head start on how this encounter works. 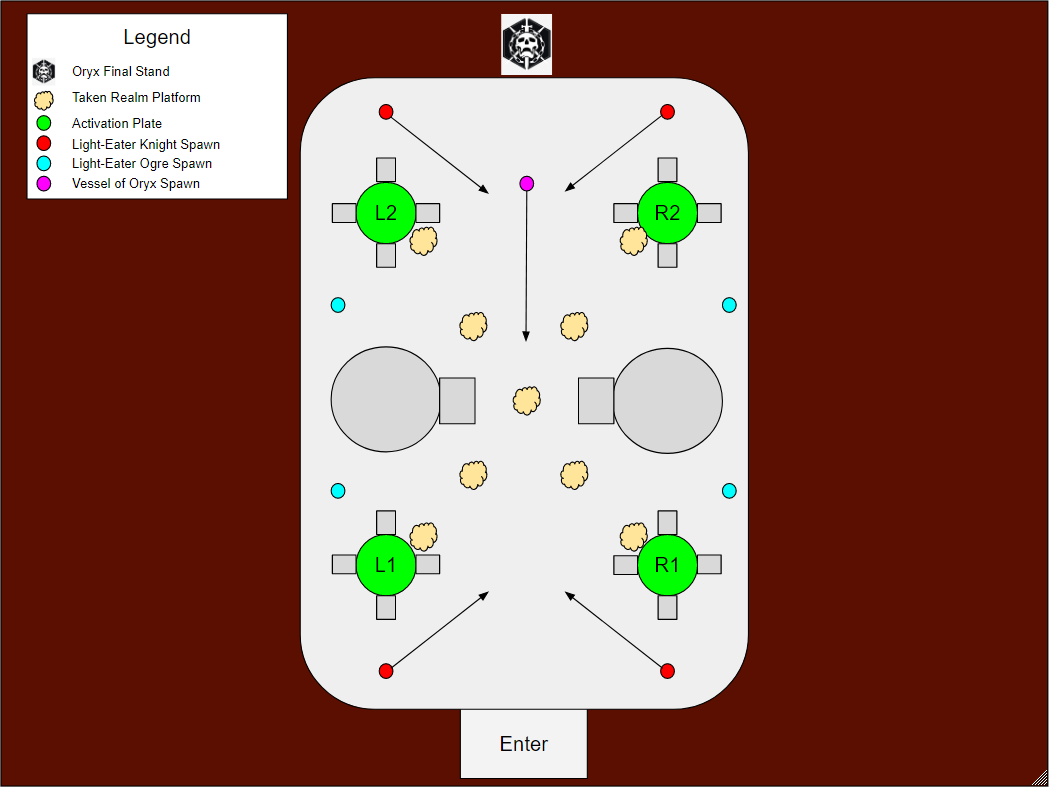 This encounter starts the same as the Daughters of Oryx with the Brand collection phase in which 3 pieces of the Brand must be collected, and the 3rd piece completes the brand to steal a shield from the Vessel of Oryx. To start the encounter go to the far side of the room where a light is floating a few feet in the air.

Players will split up by having 4 players assigned to their own plate, and 2 floaters. One floater for L1 and R1, and the other floater for L2 and R2.

Once again another player will be selected at random to become taken, and this player will need to collect the Brand by jumping across the Taken Realm Platforms.

The Taken player will jump across the plates, collecting the Brand piece while the other 2 players remain on the plates to keep the platforms active.

So if Oryx slams L2, the first Ogre will spawn near L1. These Ogres need to be killed immediately, and once they die they will spawn a black orb on the ground with a ring around it. For the meantime do not stand in the ring near the orb.

The Brand process happens two more times in which the first Activation Plate is randomly dictated. The Ogres and Knights only spawn in during the first piece of the Brand being collected. As the third piece is collected, a Knight, the Vessel of Oryx spawns in and runs towards the middle of the arena.

The Vessel is surrounded by a shield which is stolen by the player who now holds the fully built Brand. This shield will follow the player who stole it and grants the team invincibility.

While the shield is being stolen, the players assigned to the plates will need to interact with the black orbs the Ogres dropped. These orbs are bombs that need to be detonated all at the same time to stun Oryx.

To detonate the orb, stand within the ring for a few seconds. The timing in which the orbs should be detonated is when in the kill feed there is a message that says “Oryx Calls upon the Darkness”.

The 4 players assigned to the orbs would stand just outside their orb’s ring. Once this message appears they all go into their orb’s ring and wait for it to be detonated.

The orbs will explode, killing any player, not in the shield and stunning Oryx. This will open up a crit spot in Oryx’s chest for the team to damage him. It is important to know that floaters will need to detonate a plate payer’s assigned orb if they are handling the shield.

Once the damage phase is over 1 of 2 things will happen. Either 4 Knights will spawn on each Activation Plate and Oryx will throw area-of-effect attacks all over the arena or the Shade of Oryx will spawn. If the former happens, kill the 4 Knights on the plates and avoid the attacks from Oryx.

From here the encounter will repeat itself until Oryx is at roughly 25% of his health for the final stand. During the final stand Oryx will go to the very far end of the arena and two Light-Eater Ogres will spawn in the L2 and R2 positions that the whole team will need to kill.

Oryx will “call upon the darkness” as the second Ogre is killed and the solo player will stand in the orb to detonate it and return to the shield to survive the blast, extending the time to damage Oryx.

If Oryx is still alive, he will call upon the darkness once again, and the solo player can detonate the other orb extending the damage even further.

If Oryx is not killed after this, he will wipe the team.

The challenge for Oryx revolves around the Light-Eater Knights and Light-Eater Ogres. A player cannot kill the same Ogre nor Knight during the encounter. Here are some tips to complete the challenge: 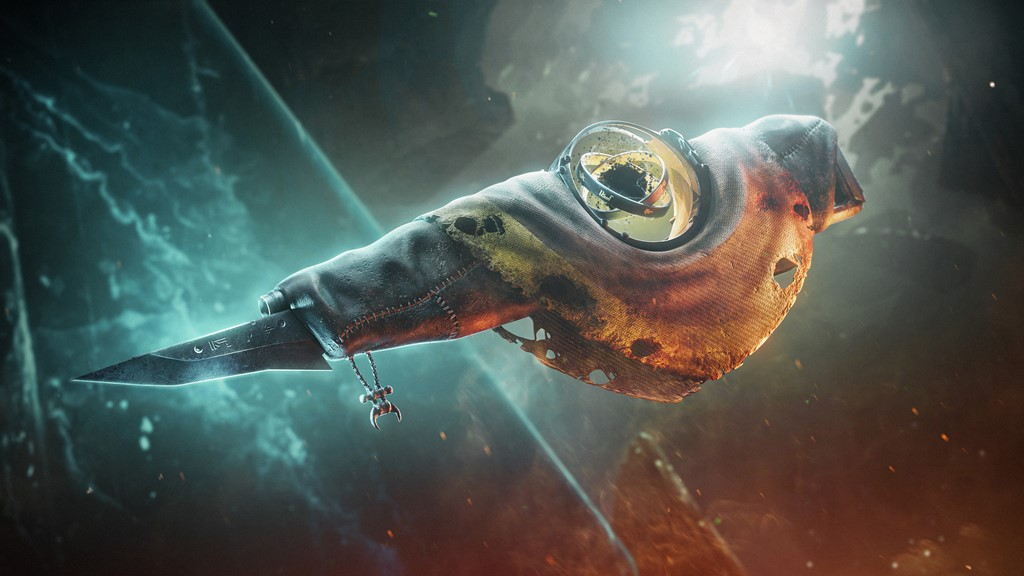