Bungie has released details on the new Arc 3.0 changes coming with Season 18.

If you loved having a reference key for new vocabulary words that came with Solar 3.0, you’re in luck because there are new keywords to learn with Arc 3.0.

In this article, we are going to go over the new keywords, the abilities, Aspects, and Fragments that were shared by Bungie, as well as initial thoughts on what will be strong and how to use these new tools.

Be sure to check back after the season release for the full Arc 3.0 build guides once all details, Fragments, Aspects, and abilities are released and tested. 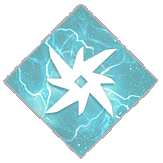 Now that “Restoration” won’t infinitely be on your screen due to the sunsetting of the Classy Restoration mod, you have some new keywords to learn with Arc 3.0. Here are the keywords that were released:

Amplified – A buff in which a guardian can run faster, slide further, and has improved weapon handling. This buff is not accessed through any Aspects nor Fragments but is rather intrinsically built into Arc 3.0 and received after defeating multiple targets with Arc damage. A guardian with the Amplified buff will receive more bonuses after sprinting which include even faster sprint speed, a PvE damage resist bonus and a longer slide length.

Ionic Traces – This isn’t a new keyword per se, but is a key portion of the new Arc rework. Ionic Traces are currently only available for Stormcaller but will be available for all classes moving forward and give back ability energy once they are picked up similar to stasis shards.

Depending on which enemies can be debuffed, the Blind effect can be extremely strong in PvE and will be a great way to take map control in PvP. The Blind will work very similarly to a flash in Valorant or CSGO in PvP which will make enemies back off angles if they are camping in a certain area of the map.

And in PvE, it disables enemies’ weapons which sounds extremely strong if it can be applied to all or even most enemies. This will allow players to freely Blind an enemy and then beat them down with Swords with virtually no risk or keep certain enemies in a perpetually blinded state by cycling abilities together.

Amplified looks fun to play with, but by no means will be game-changing. Depending on how easy it is to activate in PvP, this will be akin to equipping pre-nerfed ST0MP-EE5. Lastly, Jolt is more or less what a lot expected with Arc 3.0, as chain lightning has been a common theme amongst Arc classes. 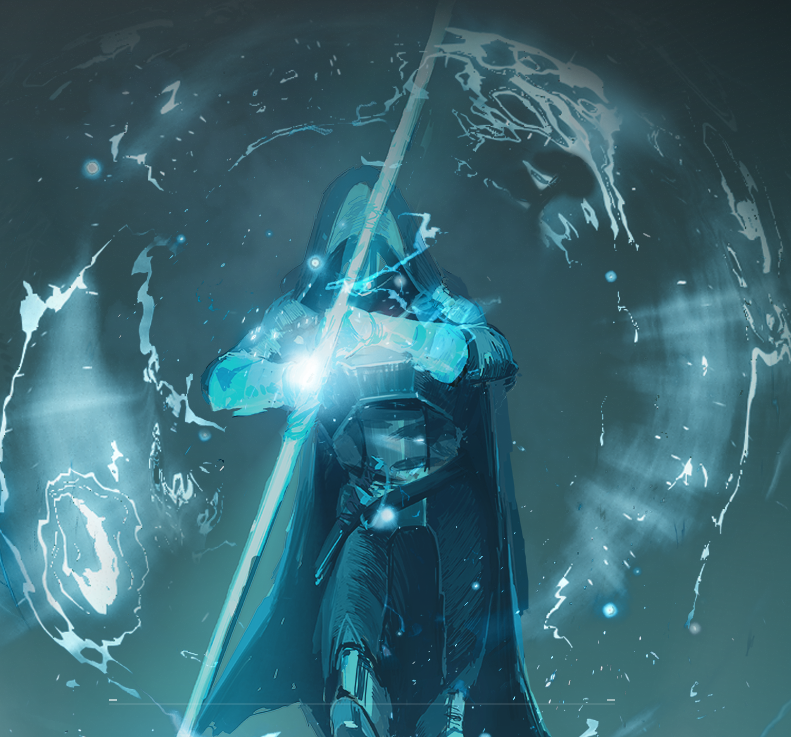 The new Arc Hunter is built around close-quarters combat and their ability to survive when being in these dangerous situations. The Arc Staff super is remaining, and a new Gathering Storm super is being added as well.

The super appears to be an area of effect super in which the Hunter slams a spear into the ground which can directly hit an enemy, and once the spear is in the ground it Jolts nearby enemies immediately, and after a short duration, the spear begins to emit damage in a large radius around it.

The melee ability Combination Blow is remaining for Hunters and now kills with the melee refund dodge energy, increases melee damage, and gives some health back. Disorienting Blow melee is also returning as it disorients enemies and gives the Hunter Amplify.

In terms of jumping, Blink returns as an option for Arc hunters and will be receiving a universal buff which will affect Void Warlocks as well.

Three Aspects will be introduced and they are as follows:

Tempest Strike – The Hunter performs a sliding melee that launches an Arc wave along the ground which deals damage and Jolts enemies.

Lethal Current – After a dodge, the melee lunge range is increased and the next melee Jolts the target as well as creates a damaging aftershock. When activated during Arc Staff, the next light attack hits twice. On top of those effects, meleeing a Jolted target Blinds them.

The Hunter appears built more for PvP where melee builds work a little better. It is very hard to justify taking a melee-focused build into very difficult end-game PvE content due to the nature of enemies dealing one-shot melees. Perhaps with Assassins Cowl Hunters can become durable and survive with this playstyle.

If Blink is buffed to a usable level, it can be very strong in PvP with Flow State and Disorienting Blow in PvP. Blinking on an enemy and meleeing them will disorient them as well as give you damage resistance which will make it such that you can live from getting meleed twice and come away with the Amplify buff and dodge energy. 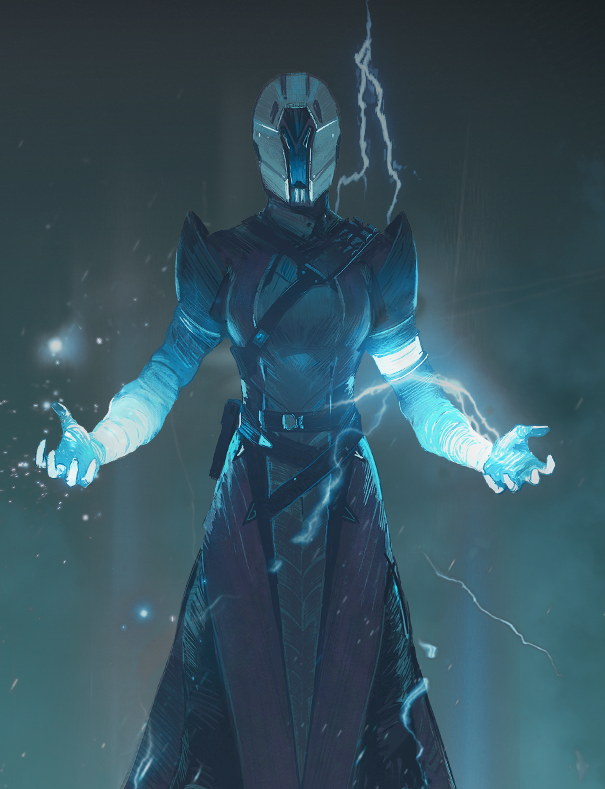 The power fantasy for Warlock was described as “Emperor Palpatine” influenced and throwing lightning. In terms of function, the Warlock has a base set of abilities that are improved when they are Amplified. The same supers will remain with Chaos Reach and Stormtrance.

Stormtrance will intrinsically get both Landfall and Ionic Blink from the separate trees on the old upgrade paths. The melees will be Ball Lightning and Chain Lightning. The former works as a projectile that will zap enemies below the projectile, and if Amplified it zaps enemies three times instead of once.

Chain Lightning Jolts the initial enemy hit and then chains damage to nearby targets, and creates two chains if Amplified, which can hit the same target twice.

The Aspects available are the following:

This class can go a lot of different ways depending on the damage these abilities deal, the ease of use, and the animation lag times.

If the abilities work smoothly and deal a good amount of damage these can be great for PvP, especially Lightning Surge which can be a great closing tool.

Lightning Surge can also be a convenient way to feed if the weapon ready speed after the animation is very slow.

Playing Arc Soul and Electrostatic Mind appears like it will be the go-to unless the Lightning Surge ability is in fact very strong.

Lastly, with Landfall and Ionic Blink, the Stormtrance super will be very strong in PvP as it will be able to shut down other supers and/or chain together multi-kills with survivability due to the mobility option. 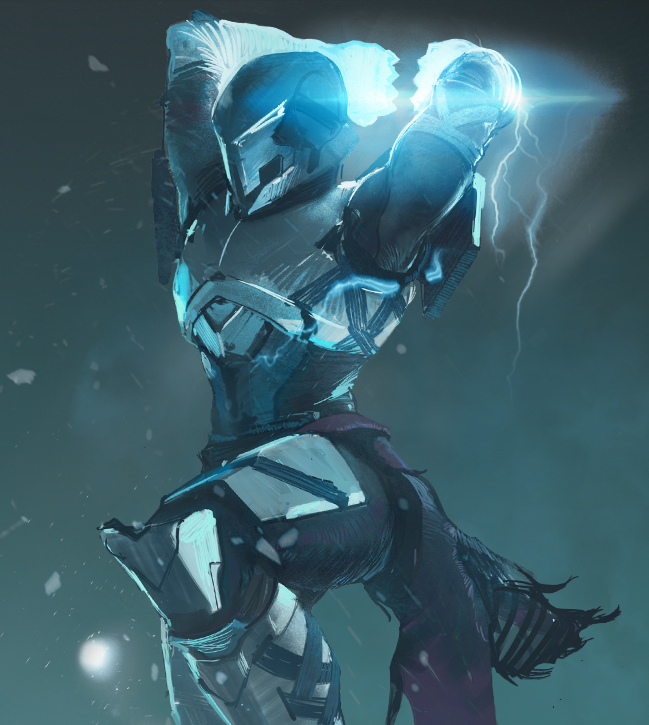 Titan not shockingly was inspired by a knuckle dusting freight train. There will appear to be an overlap in the Hunter and Titan playstyles. The supers will remain the same with Fist of Havoc and Thundercrash.

The former will compromise the top and bottom tree while the latter remains unchanged. A brand new class ability called Thruster is being introduced which is a quick first-person evade that moves the same distance as a hunter dodge.

For melees, the Seismic Strike shoulder charge remains and Blinds enemies which will Blind an area and last longer when Amplified. Ballistic Slam returns and is mostly unchanged.

A third melee is introduced which is Thunderclap, a melee that is charged up and held on the ground making you mostly stationary and can be released at any time.

The longer it is held, the more damage it does, and in PvP if it is 90% charged will one shot.

Titan will get the three following Aspects:

I think this class has a good chance to be very strong in PvP. Thruster acts as a potentially better Hunter dodge, and all three Aspects are usable based on play style.

Juggernaut, Thruster, Knockout, and Antaeus Wards combined can allow you to close the distance on any target with taking minimal to no damage and if you get a melee kill, you regenerate health and become Amplified.

That on paper sounds very good. In terms of PvE, Thundercrash will still be a meta super due to its damage, and with the new Aspect and Fragment system, the abilities around it will make the neutral game usable which will be rather sizable PvE buff.

Titans initially look like they are getting the most out of Arc 3.0 based on this initial preview.

Aside from the Aspects and Abilities, a few Fragments were introduced that sound appealing. Spark of Beacons blinds enemies when an Amplified guardian gets an arc special weapon kill.

Spark of Resistance gives damage resistance when surrounded by enemies. Spark of Momentum allows you to reload weapons and grants melee energy when sliding over ammo.

Spark of Shock makes grenades Jolt targets. Upon first glance Hunters and Titans look to have some playstyle overlap with Hunters depending on kills to survive, while the Titans will not only have that survivability from kills, but also has shields up front.

Warlocks appear to have their own distinct playstyle that has ranged abilities that will be cycled.

Depending on the Fragments many things can change.

The kits and blinding effects can be a good change for PvP that will help initiate fights and allow teams to counteract those who are camping in certain areas of the map, and the general ability damage chaining will be strong in most levels of PvE.

I recommend you break out your Riskrunner for both PvE and PvP.

Thanks for reading! Check back soon for our specific Destiny class guides.