TFT has been out for over two years now, and the game has been constantly improving.

Even still, there are some game or system mechanics that I believe could still be improved. It may not be a priority for Riot to update these, but these are definitely on their radar.

In this article, I’ll be going over some faults in the system, and some ideas I have for improving them. These improvements won’t drastically improve the game, but they are a nice way to benefit player experience for both gamers and viewers.

I don’t claim to be a genius problem solver, so these solutions might not work, but I thought I’d put some ideas out there. 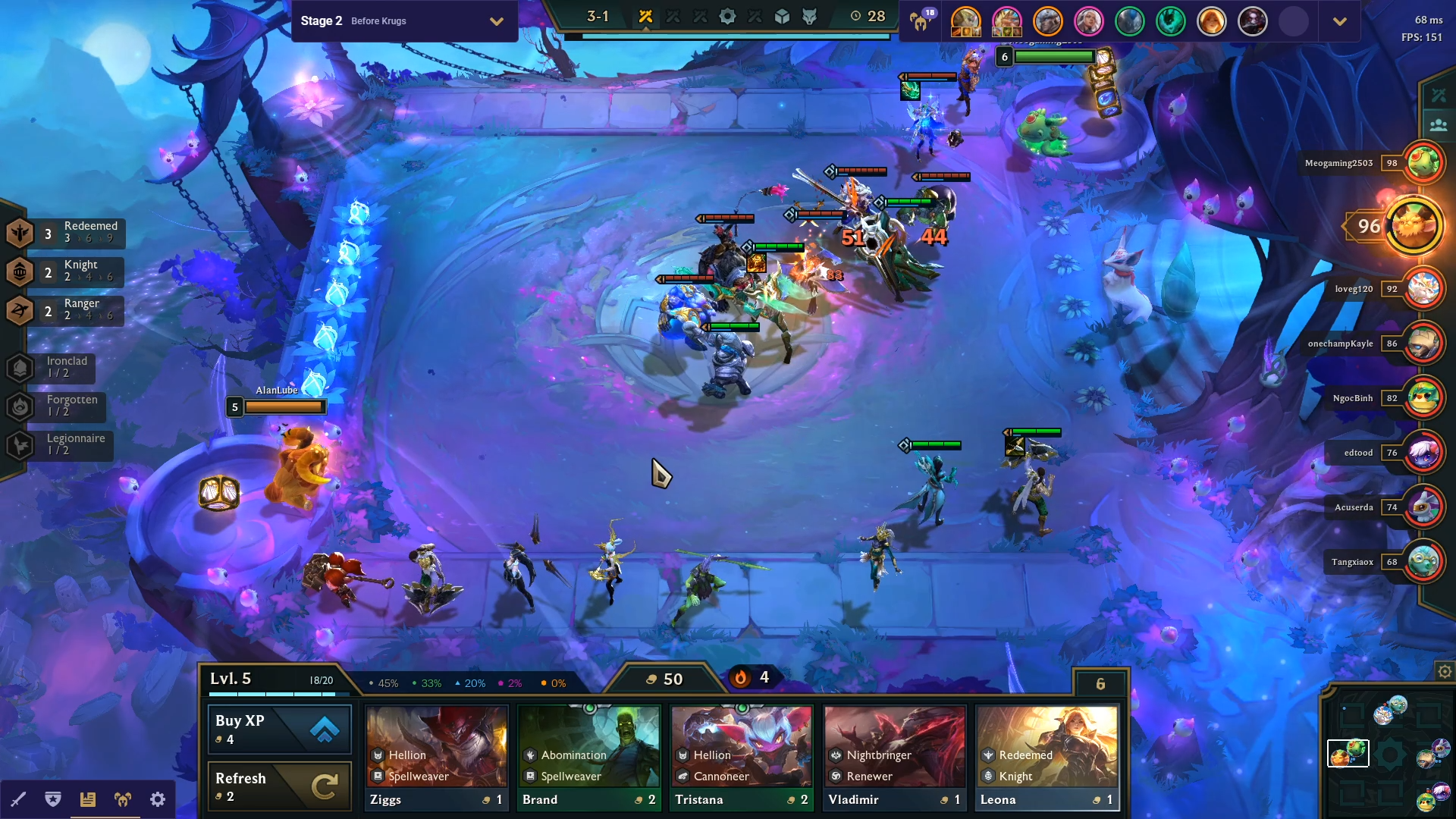 Scouting has been a fundamental aspect of TFT for a long time. It’s a form of skill expression that allows players to squeeze out an edge against opponents.

While scouting is definitely a crucial part of the game, it is a bit vanilla in how it’s done.

Sniping an enemy carry with a Zephyr can be done maybe once or twice, but once the enemy knows you have a Zephyr, it becomes very hard to snipe them.

A similar thing can be said about countering enemy comps. If the enemy has Assassins or a Vel’Koz, the best move to be would be to switch your backline to the other side.

However, if the enemy only needs to reposition one Assassin, this becomes a very difficult thing to do.

Even in high-level gameplay, most players “fake” opponents by moving some of their units to the opposite side before moving back.

From most of the gameplay I’ve watched, this rarely leads to any benefit. In tense 1v1 situations, you can see very interesting movements, but they all resort to moving a couple units at the very last second.

Mortdog recently brought up a possible solution in his recent AMA Video. The game could implement a “Fog of War” system that hides the enemy board once there are only 5 seconds left in the preparation phase.

This allows players to optimally move their units around without worry of being hard countered at the last millisecond. I am very intrigued by this possibility, as in my opinion, it opens up more skill expression than simply seeing who can move units the fastest.

One other feature that may help this issue is to allow an option to view enemy boards on your own board. This doesn’t directly solve the issues with scouting, but it gives a better viewing experience and also helps newer players scout easily.

With this feature, you won’t have to constantly switch back and forth between yours and enemy boards to position.

This feature could also show enemy movements in real-time, allowing you to swap around reactively. 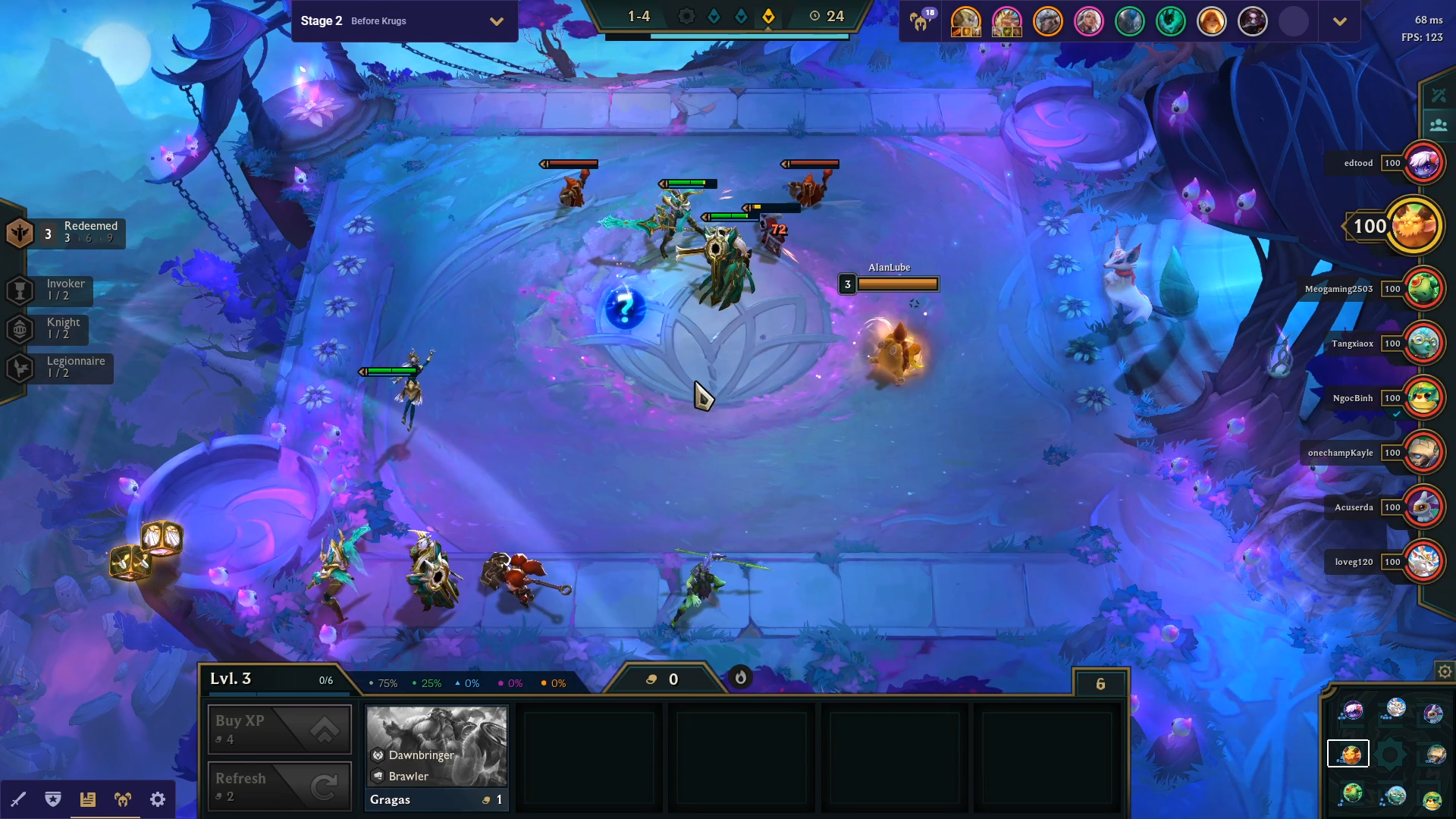 The first 3 rounds of every TFT game play out the same. You fight a few weak creep rounds and they proceed to drop orbs that contain things like gold, champions, items, or more.

Running out of Time

Sometimes, you won’t have enough gold to buy out the shop, when an orb drops from the last minion on the far side of the board. You rush to grab it with your little legend, and can’t pick up the gold in time to buy the units in the shop.

This can also happen if the orb drops Champions, and you quickly have to decide whether to sell that Champion or not, sometimes within a couple seconds.

These decisions are often small and won’t affect every game, but there will be the occasional game where you wish you had a bit more time to make a decision based on the item drops you were given.

People have complained for a while about the RNG involved in how much gold you’re given in the early game. Considering how the interest system works, the more gold you get earlier on, the better off you usually are.

The drops are somewhat balanced between giving gold, items, or things like Neeko’s Help, so I don’t find this issue as much of a problem. At the very top level, players will often prefer a specific opener compared to others, but considering the game itself has a lot of built in variance, I don’t mind this mechanic so much.

One thing the creep rounds do for players is give them time to make transitions as well as gain items. However, the minion system is very different now compared to before. Almost every team regardless of how weak you are can beat the minion rounds. As such, are they even a necessary component to the game?

One could argue that having creep rounds makes sure that players don’t simply open fort completely as they still need a team to defeat minions.

I don’t mind having minions in the game. They’re a fun little break from the PvP rounds, but the item orbs in my opinion should come a bit earlier in the round if possible.

Maybe instead of random drops from each minion, just have one loot orb that gives you your drops at the start.

The minions can stay the same, but this way, players are given more time to plan around what they get rather than spazzing to pick up items and do everything else they need to do. 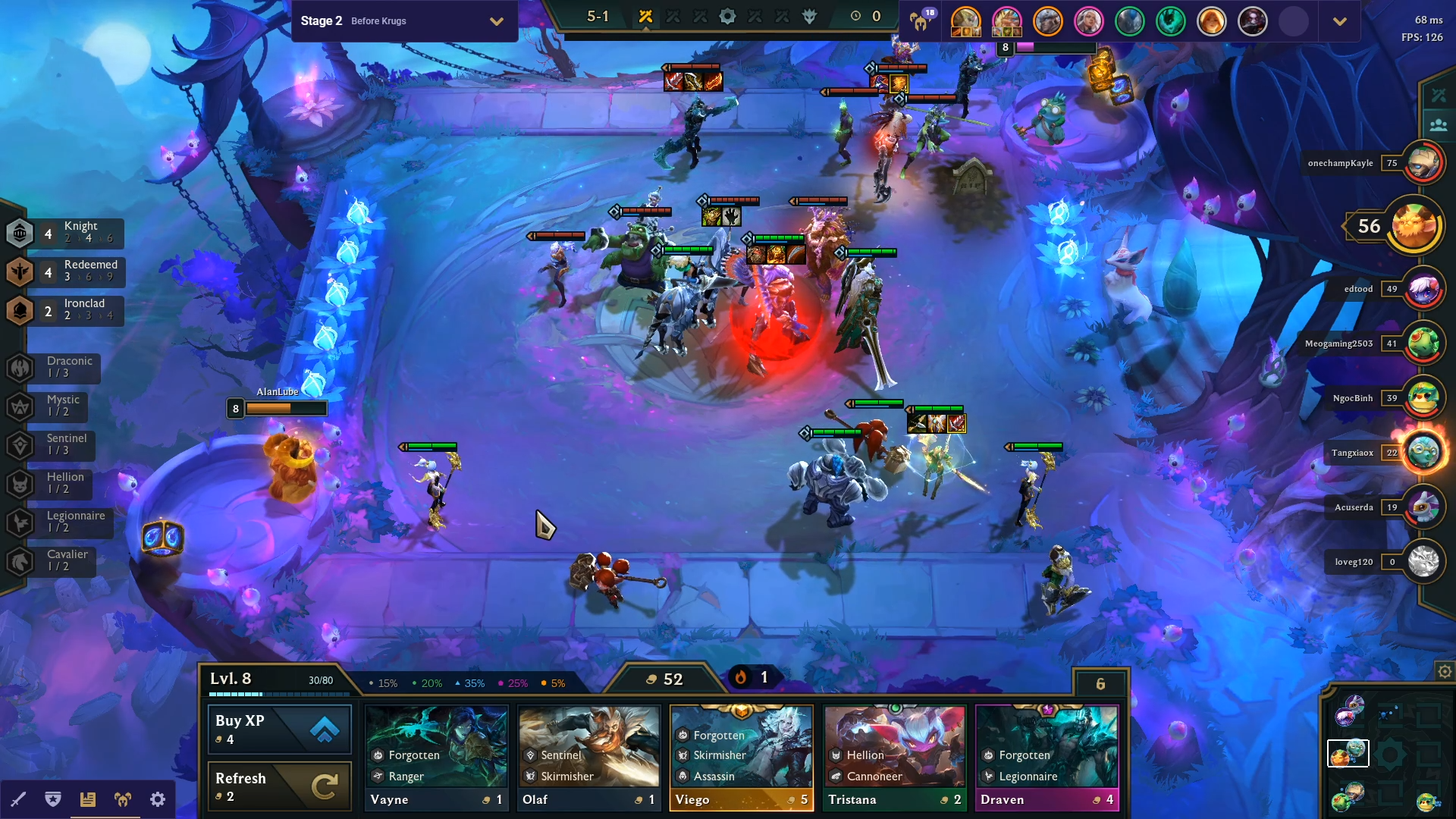 TFT is usually supposed to match you up against a “random” opponent every round, but players have figured out how the matchmaking system works.

Players who use third party tools, or who can keep track of their enemies very well can accurately predict who they will fight next round.

The matchmaking system was never intended to be figured out by the community. Players were incentivized to position in a way that allowed them to win the most fights against the most enemies.

However, ever since the system was cracked, players found themselves with a large advantage given they spent the time to track their fights.

Some players will argue that this gives players more ways to show their skill. Even if the matchmaking system were changed, players will still likely not position against the last enemy they fought.

Even still, I think this system presents an issue to players new and old.

New players are at a large disadvantage without knowing the system, and even older players don’t always want to spend time tracking every match to scout to perfection.

Unfortunately, I don’t have an easy solution for this system. I do believe that the matchmaking system needs an update, but I’m out of my depth in determining a new system that will be fair but still random.

Way back in Set 1, there were issues where players would constantly fight the same opponent, and the matchmaking system has come a long way from there.

Even still, I believe there is room for improvement. The matchmaking system should ideally be one that is untrackable, but still gives some room for skill expression.

Players should be able to assume that they won’t fight someone they recently fought, but it shouldn’t be with certainty.

The game has come a long way since its release, and I’m confident that the game will only become better.

The dev team is constantly trying new things and testing different solutions, so I imagine that these problems won’t be around for too much longer.

Even if these problems aren’t fixed soon, the game is still in a very enjoyable state.

Frequent content updates and balance patches make the game a refreshing experience for many players around the world.

These were just a few small issues I believe are in the game that could use some time to update.

Thanks for reading! Head to our Team Builder to start theorycrafting and be sure to check our best meta comps to find another answer to climb!