How to Counter Katarina + Warlords in TFT

How to Beat Warlord Katarina in TFT

Warlords are a very simple comp, but they can feel unbeatable if they get everything they want. Katarina 3 is very strong, but not impossible to beat with good positioning and counterplay.

In this article, I’ll go over the main strategies I use to counter Katarina comps. So let’s get right into it.

Without a doubt, the best counter to Katarina comps is positioning. You may have to position sub-optimally for other fights, but if you can predict when you fight the Katarina player, you can counter position for a fight very well.

The most important positioning tactic to keep in mind is to place a bait unit properly. Let’s go into an example to see what I mean. 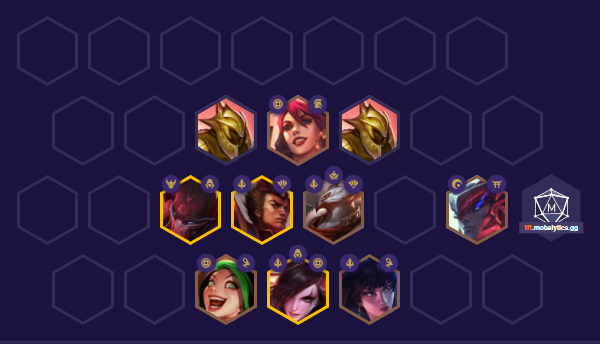 The enemy positioning might not always look like this, but almost all Katarina players will put their Katarina in the middle of the board.

This is simply a good positioning to fight into any comp regardless of which side they place their carry on.

Now let’s look at an example positioning for a comp you might be playing. 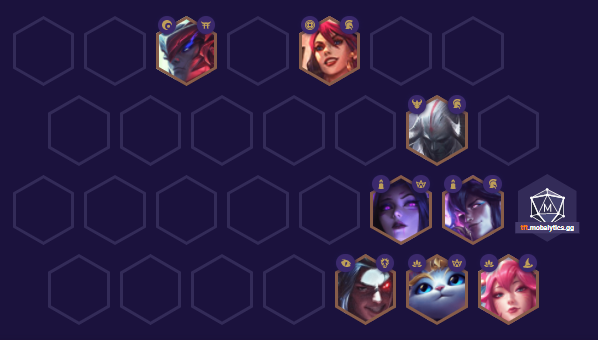 Many comps like to position like this in order to keep their main carry safe from Assassins or Shades. However, against Katarina, this type of positioning can do more harm than good.

Katarina will jump into the middle of your backline and proceed to walk toward your carry. Once she casts, it’s doom for your backline.

Because of this, you can try to counter position against Katarina like so. 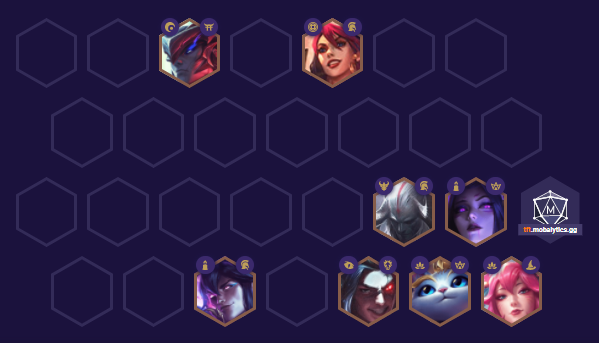 This positioning looks very similar, except for the Thresh. In a fight against Katarina, she will jump toward the backline, but the closest champion to her is now Thresh.

This bait tactic is extremely helpful in trying to get units like Katarina or Kayn away from your carry. This won’t work all the time as the enemy can simply move their Katarina to jump right into your backline carry.

Even still, if you can catch them off guard in the mid game, you can disrupt their win streak to try and break their economy.

There are two main win conditions for Katarina comps. Either they can get Katarina 3 or they are able to get a Warlord Spatula or both.

If one of these things happens, their comp can become too strong to counter-position against. As such, you should try to keep track of what they need in order to prevent them from becoming too strong.

You can’t disrupt their items too much without ruining your own items, but if a Warlord Spatula or a Spatula appears on carousel, it might be a good decision to try and steal it from them instead of going for an item you want.

Maybe you want an Infinity Edge or a Quicksilver from carousel. However, if you think they will still beat you if they get the Spatula or Warlord’s Banner, you’re better off stealing the item they want instead.

In the late game, if the enemy Katarina is still 2 star, you should consider buying Katarina from the shop to reduce the odds they find the last few copies they need. If you’re low on gold and need some key upgrades, you might not be able to afford to do this.

But, if you upgraded your units and have some spare gold, try buying up Katarina so that the enemy doesn’t complete their Katarina 3 star.

The last thing I want to touch on is counter items. In my opinion, there aren’t many items that counter Katarina well. You may be able to get a slight advantage with certain items, but overall, positioning and preventing them from completing their units are more effective in my opinion. 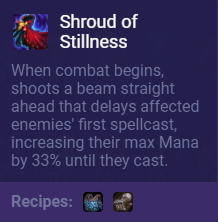 One of the most effective items against Katarina is Shroud of Stillness. Most of the time, the enemy player will want to group their units to make use of the Keeper buff.

This will allow you to easily hit Shroud on many units and ideally Katarina. Delaying her cast time by even a few seconds can turn the fight in your favor. 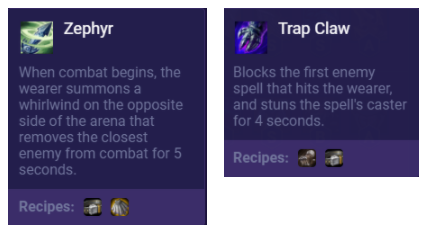 Unfortunately, while these two items are very effective against Katarina, almost every Katarina will have Quicksilver on her, negating these items’ effects.

However, in the few games where the enemy is unable to build Quicksilver, both of these items are very effective against Katarina.

A well placed Zephyr will stop her from jumping, allowing your backline to be safe. Trap Claw allows her to jump but will negate her first cast if she breaks the shield, stunning her and negating her damage.

And that concludes a few of the tips I have for playing against Warlord Katarina comps. There are surely more things you can do to counter Katarina, but these are the main ones I’ve noticed from my time watching and playing.

Make sure to experiment with different tactics to try and see what works and what doesn’t. Even if they are a bit stronger than you, with superior play, you can always try to come out on top.