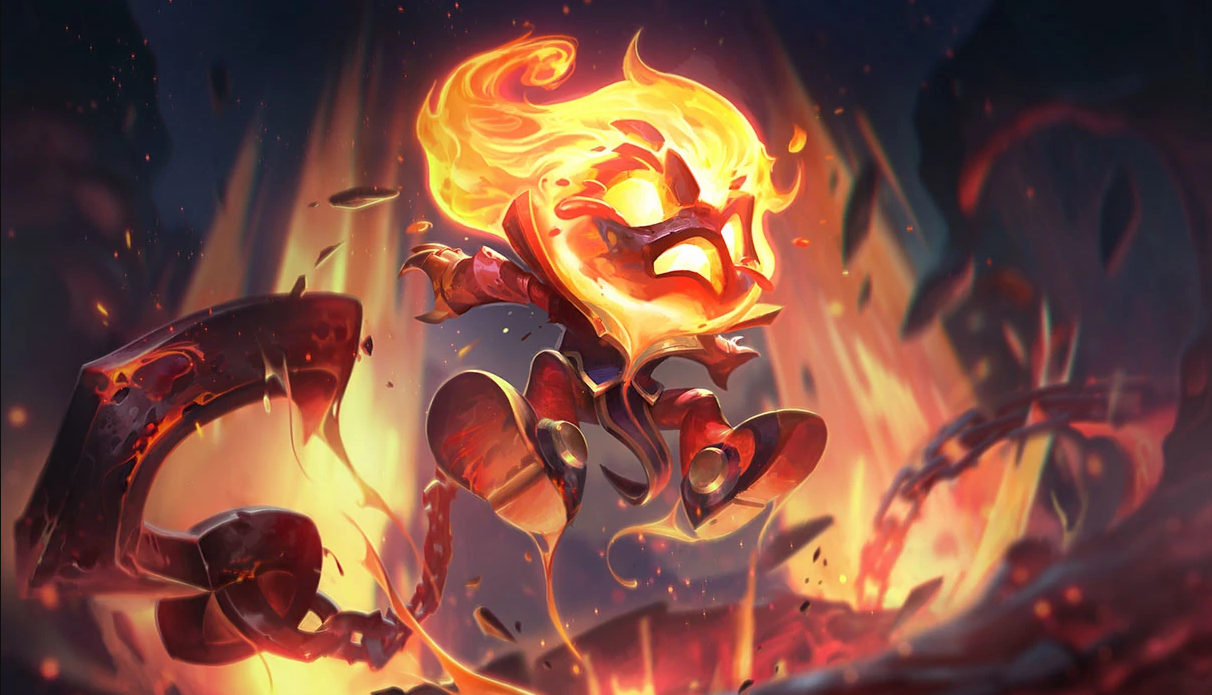 Patch 9.24 comes with the addition of one new legendary unit in Infernal Amumu. With this addition, getting upgraded legendary units will be harder, but will still be rewarding nonetheless. Amumu functions similarly to Cho’Gath from set 1 in that he is a tanky frontliner whose ability is mainly for CC. With Amumu also comes changes to the inferno trait, so new team comp possibilities will be ready for those willing to try.

Ability: The Curse of the Sad Mummy

Clearly, Amumu’s ultimate is very strong providing great CC, but it is important to note that Amumu’s ability gets larger as you upgrade him.

As such, a level 1 Amumu is nothing remarkable, but Amumu 2 star with the ability to hit up to 3 hexes away is some serious range.

For anyone daring enough to go for Amumu 3, Curse of the Sad Mummy will blow up your screen.

Since Amumu is still quite new and untested, these are the three general items to think about using. For a more updated look on recommended items, check out the TFT team comps page or the TFT champion pages.

Since Amumu is a frontline unit, it will be more important to place defensive items on him to ensure his ultimate goes off. Guardian Angel is especially nice in ensuring that Amumu will cast his ultimate after her revives.

Amumu will definitely enjoy having a Morello on him as since his ability hits a large range of people, you will be able to debuff many targets with the Morello. However, since his ability doesn’t scale that great, we don’t recommend items other then Morello for Amumu to increase his damage.

Amumu has 50/150 mana to start out the fight, so Mana items can definitely help him get his ability off, but defensive items will do a better job of doing this. As such, mana items can be a last-minute addition, but not a priority for Amumu.

Amumu fits most naturally in comps that run Ocean which will allow him to cast his ability quickly. Pairing this with Brand and mages will allow your team to do a nice chunk of damage while maintaining a powerful frontline.

Since Amumu’s ability is not random and will always cast around himself, it will be important to place him in the front to make sure he can reach the backline. If he is still level 1, you might want to push him back to make sure he even survives to cast his ability.

Amumu definitely has a very powerful ability, but with the recent nerfs to Brand, Amumu may not see as much play as Lucian and Senna who are coming out at the same time.

He also isn’t an auto-win for some teams like Singed and Zed are, so we might not see much of Amumu on release of patch 9.24, but there is potential for innovation as Amumu’s ability is extremely powerful.

Thanks for reading! Let us know what you think of Amumu in TFT in the comments below.