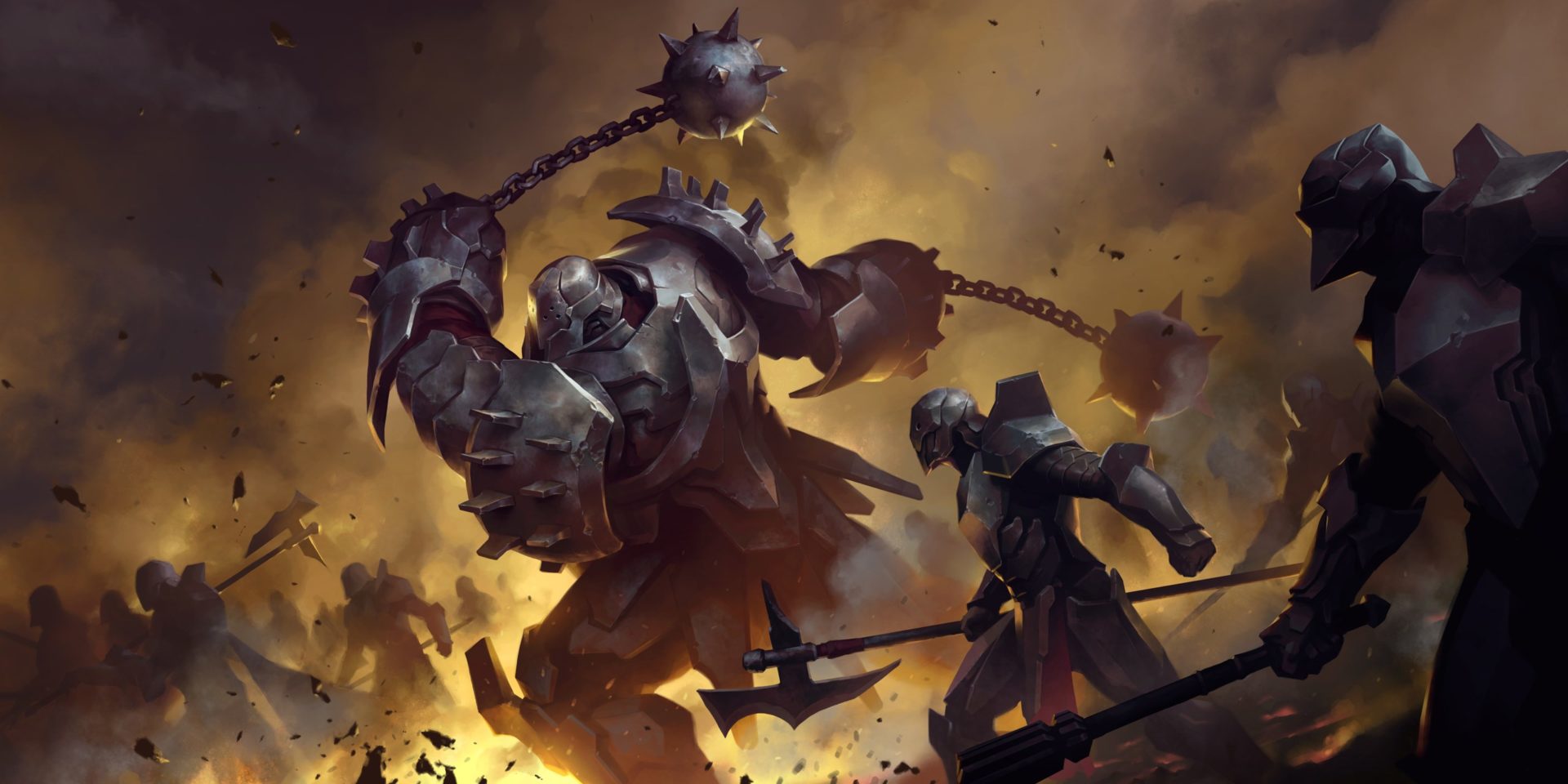 Hey guys, NicMakesPlays here. I’ll be going over my list for the 5 best cards of Noxus that makes the region strong.

Ravenous Flock is Noxus’s best removal spell. This card can deal 4 damage to an enemy unit when it is stunned or damaged for 1 mana. This is one of the most mana efficient cards in the game for how much damage it outputs. You can use this card in unison with stuns such as Arachnoid Sentry to enable an easy Ravenous Flock deal 4 damage. Another easy way to use this card is to use House Spider and its Spiderling to block an enemy so it’s damaged, then use Ravenous flock to deal 4 damage to their unit.

This card is one third of Swain’s level up condition as well and overall, a versatile card that always sees value.

Noxian Fervor is a well-rounded Noxus spell that can be used to deal with units, deal damage to the Nexus, and dodge Lifesteal. For 3 mana, it deals 3 damage to one of your own units to deal 3 damage to an enemy unit or their Nexus. Noxian Fervor creates reach in Noxus by giving access to more direct damage to the enemy Nexus to finish off a game.

By using Noxian Fervor in response to cards like Grasp of the Undying and in combat against Radiant Guardian, you can also prevent your opponent from getting their Drain or Lifesteal off.

Decimate is one of Noxus best direct damage spells and one of the region’s main burn finishers. Overall, it’s a straightforward card that costs 5 to deal 4 damage to the enemy Nexus. The reason Decimate is so good is because of how much damage it deals in just one card. Other direct damage cards such as Mystic Shot and Get Excited can deal 2 or 3 to the enemy Nexus, but Decimate deals 4.

Because of this, Decimate is a common game finisher and top end in aggro decks.

The Leviathan is one of the best cards in all of Noxus and is the reason Swain is one of the best champions in the game. The card is an 8 cost unit that is a 5|8 with Overwhelm but most notably it’s effect is Add Swain from your deck to your hand and Round Start: Deal 1 to the enemy Nexus 3 times. Captain Farron is one of Noxus most powerful cards finishers as a 8 mana 8/8 with Overwhelm that adds 3 Decimates to your hand when summoned. Farron threatens a win condition whenever you have your opponent’s Nexus at 12 health or less. Commonly, you can use an aggressive strategy to get your opponent to 12 Nexus health in the early game, and then whenever you draw him in the late game he can finish the job. Captain Farron is a big threat from his stats and Overwhelm alone which demands that the opponent answers to him with a stun or removal.

Traditionally, aggro decks usually don’t run cards that cost more than 5 mana, but Captain Farron has been run as a 1-of to finish games. For Farron to cause this trend, it emphasizes the strength and impact he can have on a game.

Decklists that the Top 5 are included in

As we mentioned earlier, here are two decklists that the Top 5 Noxus cards are included in!

Pirate Aggro is an incredibly aggressive option that’s great if you want to climb fast. Games can generally be decided within a few rounds.

Swain TF is more of a Midrange deck that is actually great against aggro decks. It’s a bit more complex to play than Pirate Aggro since there are more decisions to be made.