The Ruination vs Sentinels of Light LoR Card Impressions: Piltover/Zaun and Targon Pack

The Ruination vs Sentinels of Light LoR Spoilers Day 7

What good is any criminal mastermind without their crew to back them up?

I’m Jordan “WhatAmI” Abronson and Akshan looked pretty sweet yesterday so today we’ve brought along the rest of the heist team to help him out.

Let’s see how they measure up.

Here are the Piltover/Zaun and Targon cards from today’s reveal: 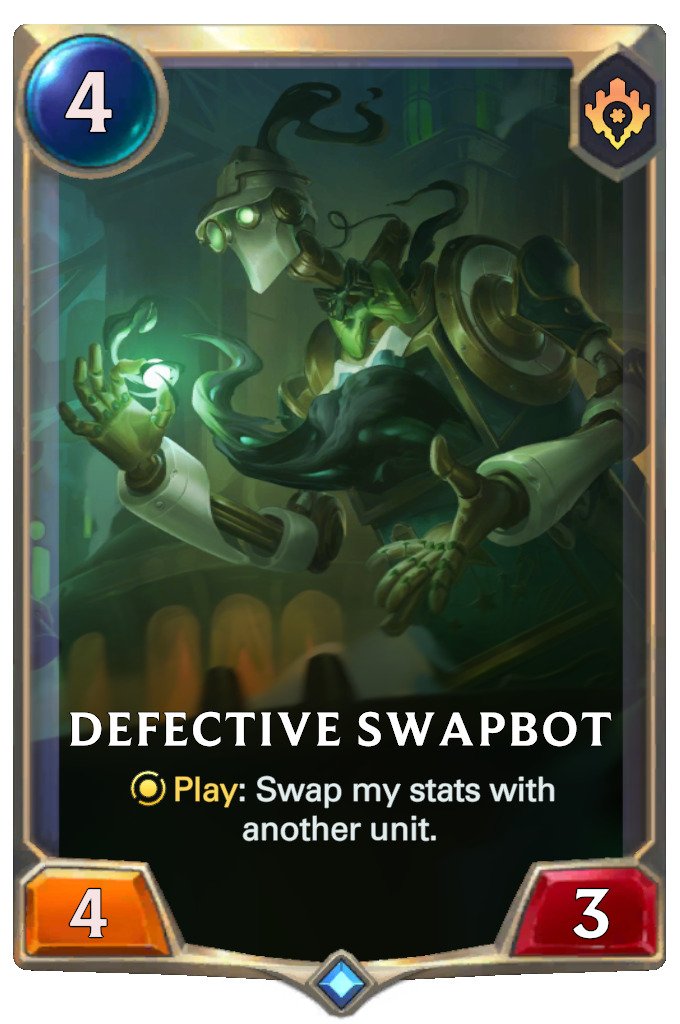 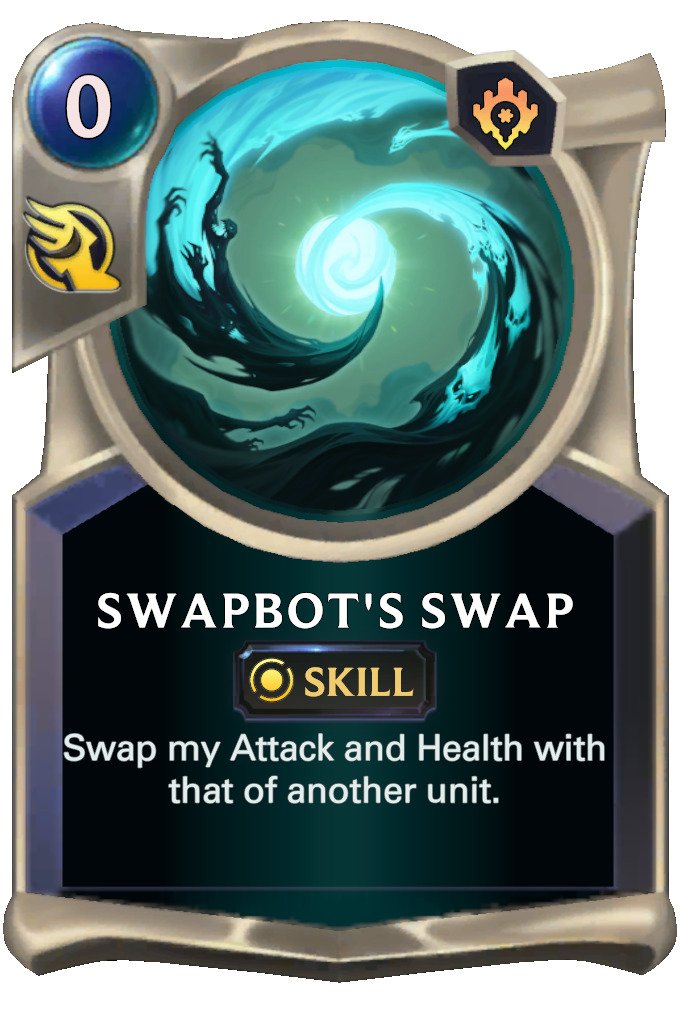 The obvious and immediate comparison here is going to be Laurent Bladekeeper. Four mana, reasonably stated beater, that gets to provide a buff as it comes down.

The problem is that the two cards are almost nothing alike.

For this card to be good it wants to be granting a huge stat boost to a small unit with good keywords, which means you’ll end up with a tiny chump blocker alongside your newly buffed friend, not a 3/3. Also this effect is a skill, which makes it respond-able. Mystic shot anyone?

The upside here is that it can target the opponent’s units as well. Turning your opponent’s Nautilus, Malphite, or Aurelion Sol for instance into a 4/3 is rather hilarious.

At a more reasonable level even re-stating something like an Alpha Wildclaw or a Hecarim does not suck.

I think if this card sees play it is more as a control tool than as a combo one. If you are playing it on turn four to target your own units you might get some small value, but if you use it as an answer to your opponent’s late game threats you can potentially blow them completely out of the water. 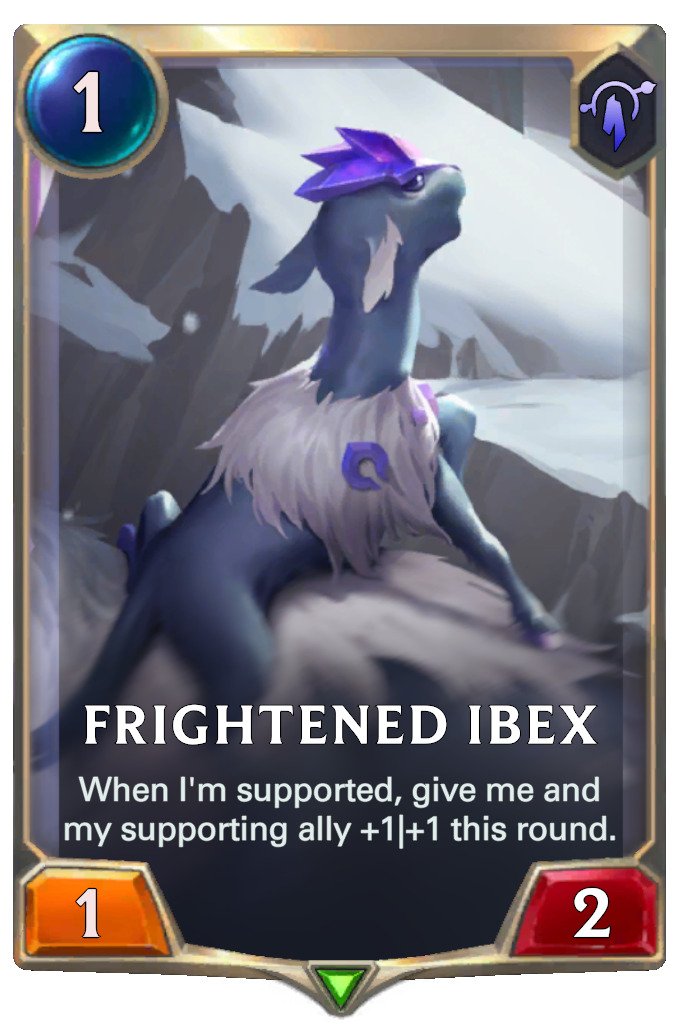 Ok, not to get too excited over a simple one-drop but this is everything the support archetype wanted.

It applies early pressure, and it protects the supporter making the dream of getting multiple attacks worth of value that much more likely.

Flower child is nice and all, but this is going to be the premier new support archetype one drop.

The only downside here, and what may keep it from seeing play, is that it’s in Targon.

While we’ve tried Targon support a bit generally Demacia/Ionia has been where it’s at to take advantage of Lulu buffing challenger units.

Who knows though, maybe this little guy will be enough to push Targon support in power over that of its Ionian brethren. 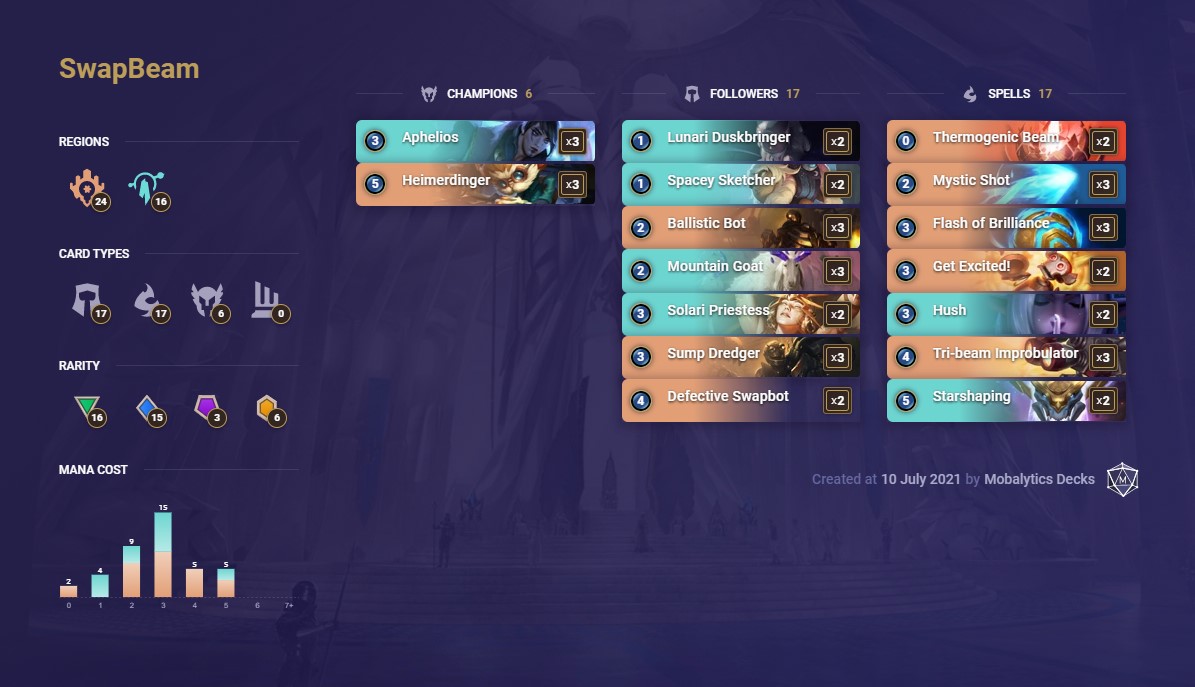 One of this deck’s biggest faults has always been that it’s a control deck with very few ways of efficiently answering large threats.

You can occasionally get a meteor from a Solari Priestess or fire off a large Themogenic or Tri-beam, but none of those feel particularly reliable.

Enter Mr. Swapbot stage left. You’re very rarely going to play this unit on curve, but whenever you do it’ll be a beating.

Completely reversing the tempo swing your opponent thinks they just got is always a fun moment.

Bonus points though if you do play this on curve because your proud opponent just slammed a Yeti of some variety. That’s absolutely adorable, here, try attacking through my 5/5 robot with your 4/3. Good luck.

Bonus-Bonus Deck: The Ionian and the Furious 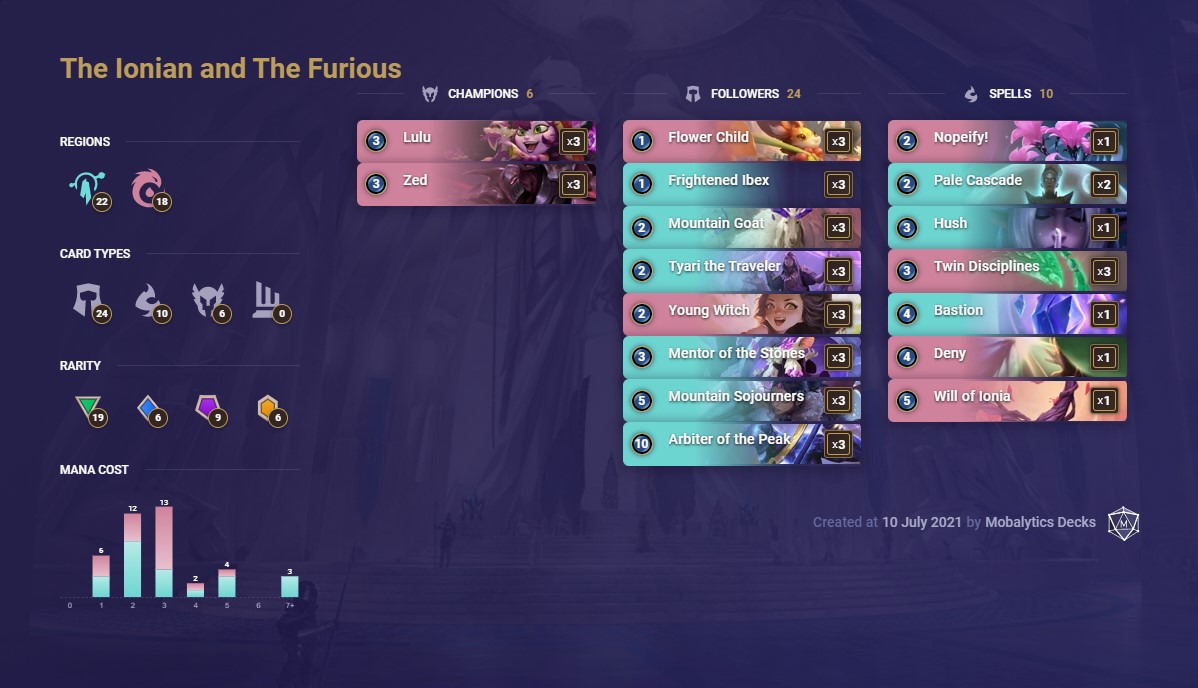 [See The Ionian and The Furious deck details]

With a callout to Dominic “Family is more powerful than the laws of physics,” Torreto, this deck is all about teamwork.

Unfortunately, we don’t really have the room for enough spells to make Taric a worthwhile inclusion so instead, we are going lower to the ground and beefing up old aggro fan favorite in Zed.

The higher up the curve we go the larger and harder to interact with our beefy friends are going to get.

Mountain Sojourners toping us off with the ability to make an entire board nearly unassailable.

If that’s not enough to end a game then between all the supports, buffs, and gems flying around, Arbiter of the Peak is going to become a low-mana 6/6 overwhelm unreasonably fast.

Let’s see them deal with that nonsense after they’ve exhausted their resources on the rest of our deck.