How to Play Taric Pantheon

Today I’m going to go over one of the powerful new decks, Taric Pantheon!

Pantheon is the latest addition to the Targon region from the Magic Misadventures set.

This deck pairs him with his fellow Targonian, Taric, along with some support from Demacia. 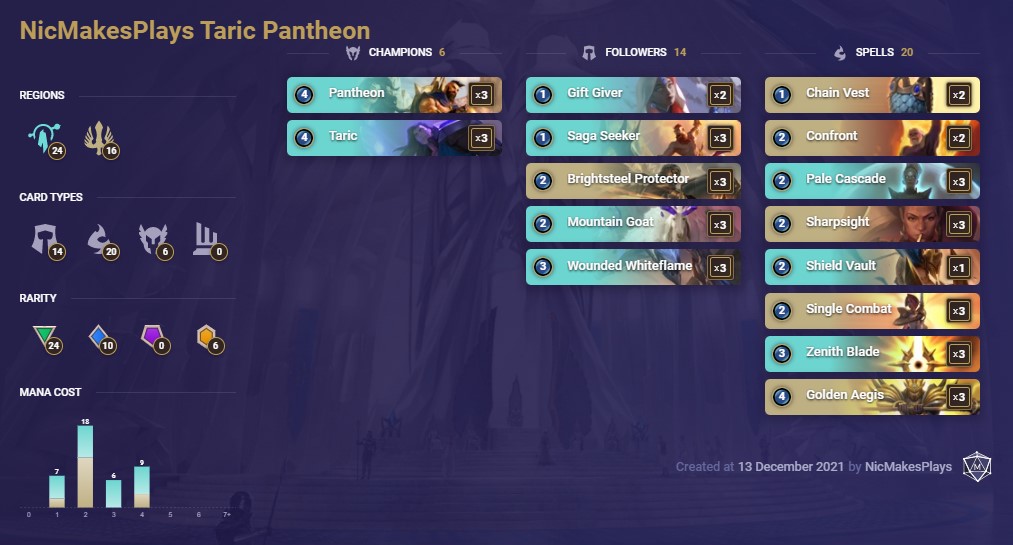 The goal of the deck is to combine your buff spells with the Fated keyword while leveling Pantheon.

You should win around turns 6-7 with Taric + Golden Aegis combo or leveled Pantheon.

Look to mulligan for an early game Fated unit like Saga Seeker and Wounded Whiteflame.

You also want to mulligan for Mountain Goat, Gift Giver, or Chain Vest to have early spells to level Pantheon with. If you are going second you can also keep Taric for turn four. 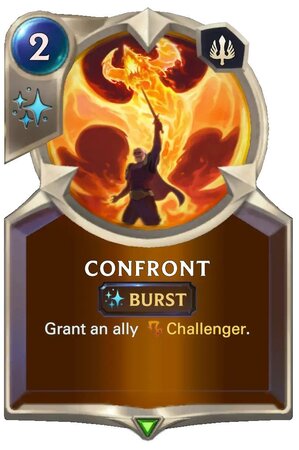 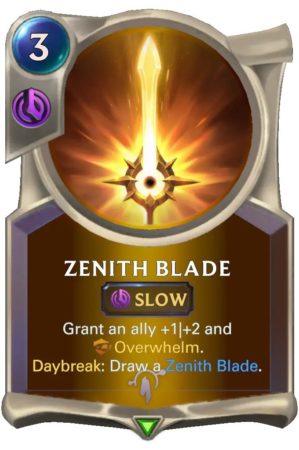 Confront and Zenith Blade are two proactive spells that give your units powerful keywords. Confront can be used to utilize the Challenger keyword and remove an enemy unit. This is good to deal with cards like Eye of the Dragon and Kennen. Zenith Blade gives a unit Overwhelm which is particularly powerful with Taric to duplicate its effect or well-stated units like Wounded Whiteflame. Both of these spells can also trigger the Fated keyword and help level up Pantheon. 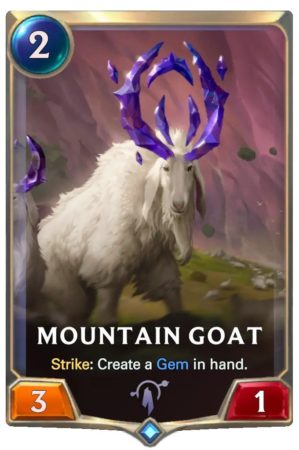 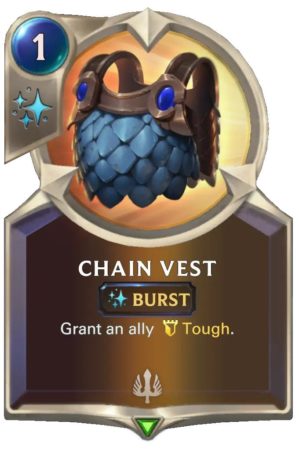 Mountain Goat generates Gems to give you cheap spells along with Chain Vest. These cards are good keeps in the early game to start buffing your Fated units and level Pantheon. Using Chain Vest can be a cheap well to protect a unit from a spell or win a favorable combat trade. Doing this early can give you field control right away and then you can control the pace of the game from there. 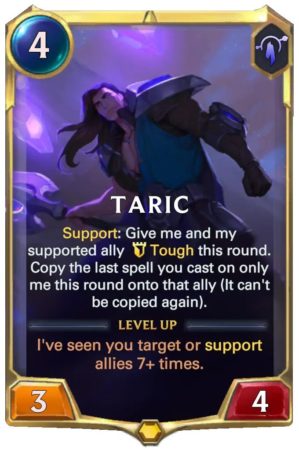 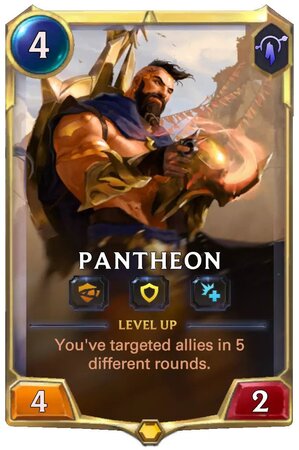 Taric and Pantheon are your win cons of the deck. Taric generates amazing value by drawing two cards with Pale Cascade or giving two units Overwhelm with Zenith Blade. When the opponent is low on blockers you can use Golden Aegis on Taric to attack two more times.

Pantheon is a win condition that is being leveled in the deck every round when you target one of your units. Pantheon can win the game with his powerful keywords on level up as well as being easily buffed with Fated. 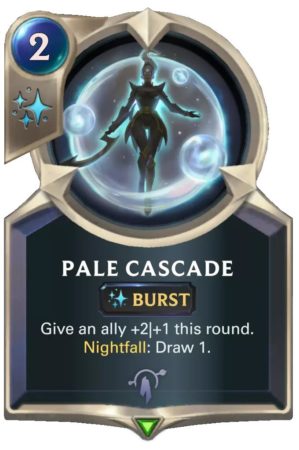 Pale Cascade and Sharpsight are good 2 mana spells that can buff your units. Pale Cascade helps recycle by drawing cards and can be duplicated with Taric to draw two cards.

Sharpsight is a generic +2|+2 to protect from spells, push for damage, win combat trades, and block elusives. Blocking Elusives is important this season with a ton of Teemo, Bandle Commando, and Ezreals in the meta this season.

Golden Aegis is a great way to close out games and Single Combat gives extra interaction. Golden Aegis can be combined with Taric to Rally two more times. This is particularly effective with Overwhelm units from Zenith Blade, leveled Pantheon, or leveled Taric to attack with invincible units.

Single Combat is great in the meta to deal with Eye of the Dragon and Kennen recalls. You can also combine Single Combat with Barrier to remove units for free.

This deck is amazing against Yordle Poppy Rally decks. You can stack a ton of buffs on Saga Seeker or Wounded Whiteflame and they will never have a combat trade where they trade well.

You can take over the board with your high statted units and close the game with a leveled Champion or Golden Aegis. In this matchup, you want to mulligan for Saga Seeker or Whiteflame and cheap buffs like Gem generators, Chain Vest and Sharpsight.

After a strong early game, you will draw into your more expensive cards for the mid-late game.

This deck has a rough matchup against Ezreal Kennen. The way to beat them is to put on a ton of pressure in the early and mid-game with strong units + Taric.

After you’ve put on a lot of pressure you can use Single Combat to interrupt their recalls and kill Kennen. When the time is right, you can go for Taric + Golden Aegis to finish the game.

If you want to tech in cards you can cut Shield Vault and Gift Giver.

Gifts from Beyond – This is a versatile card to give a unit Overwhelm, Lifesteal, or Stun an enemy unit. 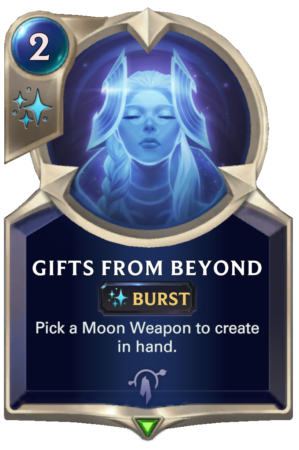 Concerted Strike – This can be used to deal with problem cards such as Ezreal or Curious Shellfolk. 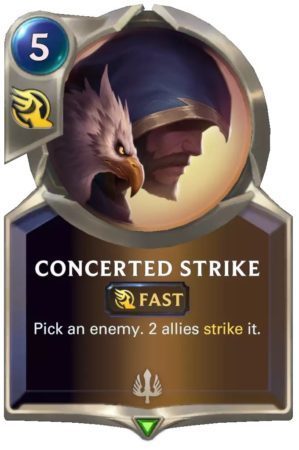 Guiding Touch – This card can be used to heal back your Nexus against Aggro, heal units to stop cards like Ravenous Flock and Scorched Earth, draw 2 cards with Taric or heal a unit to win combat trades. 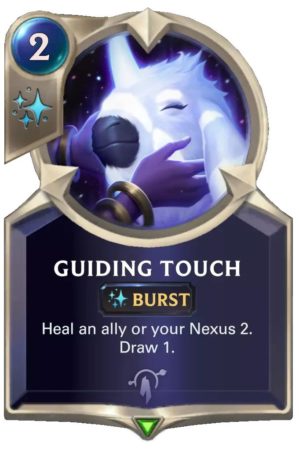