How to Ladder with Intention in LoR (5 Tips)

The Ranked Ladder has been the default format of competition in gaming for a long time. While it may not hold the same prestige and rewards as actual tournaments and events, it’s the one true form of competitive play that remains active at almost all times, aside from the occasional off-seasons. And it makes sense because playing competitively is a lot of fun!

Now that’s not to say the ladder doesn’t come with challenges. Regardless of whether you’re the type who thirsts for competition, or someone who struggles with ladder anxiety, all of us can fall victim to tilt.

The only tool we need to play LoR is our mind. But when our mind becomes clouded by frustration, our only asset becomes our worst enemy. Today, I want to share some tips that can help avoid tilt by laddering with intention. 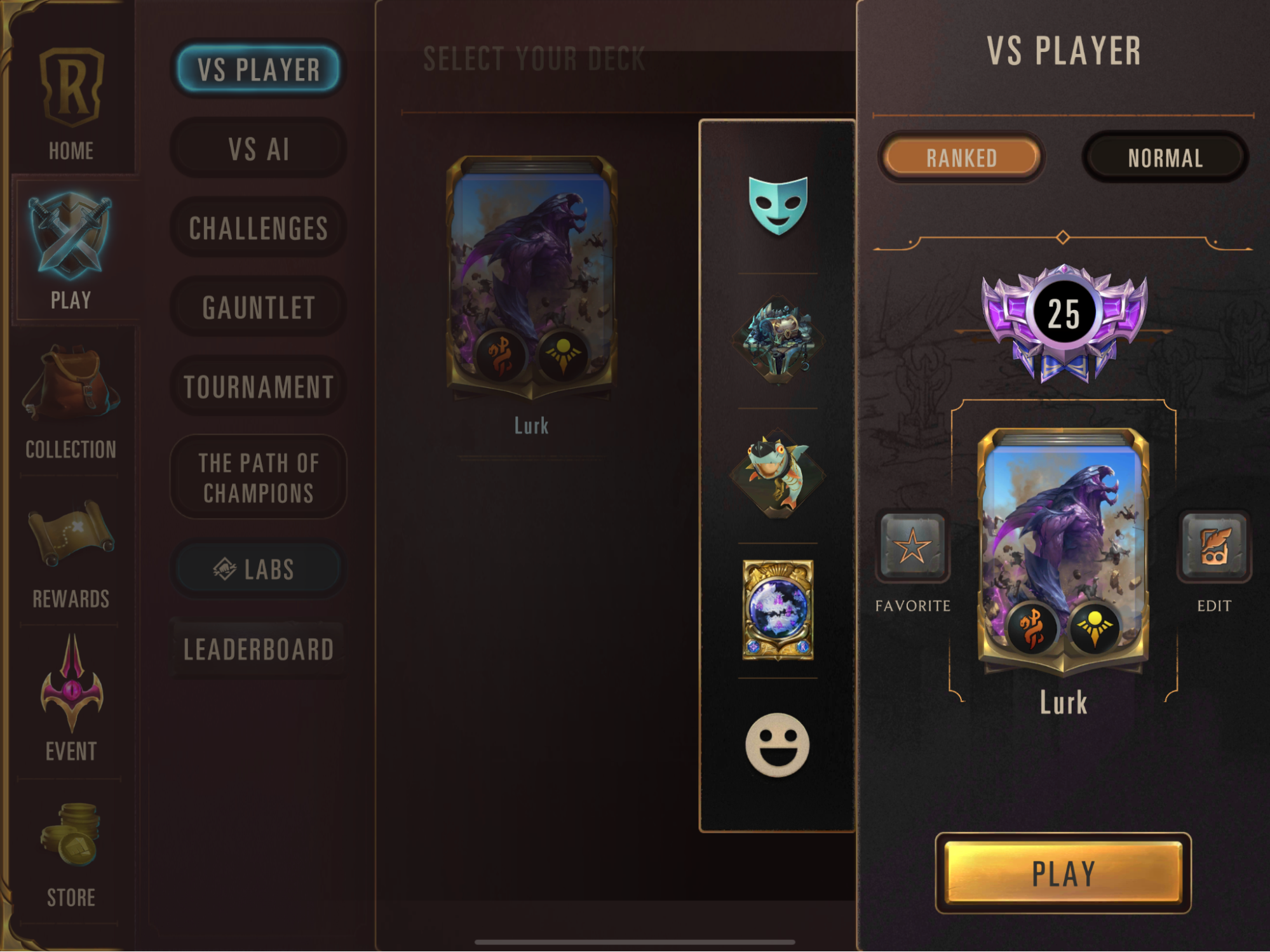 So you just came home after a long and frustrating day. You don’t want to think, and just want a quick escape to help you move on. What do you do first? Open up Runeterra and queue up a ranked game.

Do NOT do this.

If you’re already in a bad mood, it’s better to avoid playing at all. While gaming can often serve as a means of relieving stress, playing a game competitively can do the exact opposite. Having a poor mind state can set a harmful tone that makes winning become the only salvageable outcome.

This is not a place we want to be in. When we’re in this state, wins may build some adrenaline, but a loss will feel like a kick in the face. It can even reach a point where even winning isn’t fun. It’s simply accepted as the only tolerable outcome, and if it doesn’t continue repeatedly, will only accumulate more frustration as we keep playing.

I know this probably sounds obvious, but it does happen. If you’re not feeling it, just do something else. You can always play later.

For some players, playing ranked adds an extra layer of seriousness to the game. After all, your rank is on the line each game that you play. This can lead players to shift their focus towards playing only the best decks the meta has to offer, in order to maximize their chances.

I’m not going to tell you to avoid playing the best decks, but what I would always suggest is picking something you ENJOY. If you’re solely choosing options based on numbers over enjoyment, you may end up having less success simply because you aren’t having fun.

I’d happily choose a Tier 2 deck that I love over a Tier 1 deck that I hate. Mindset is everything, and when you’re having a good time, you’ll be far more likely to make better decisions.

However, keep in mind that if you do play something unconventional or off-meta that there’s a decent chance it won’t work out as you’d hoped. If you’re having fun regardless, go for it. But if results aren’t coming and it’s starting to get to you, I’d suggest switching to something more reliable. 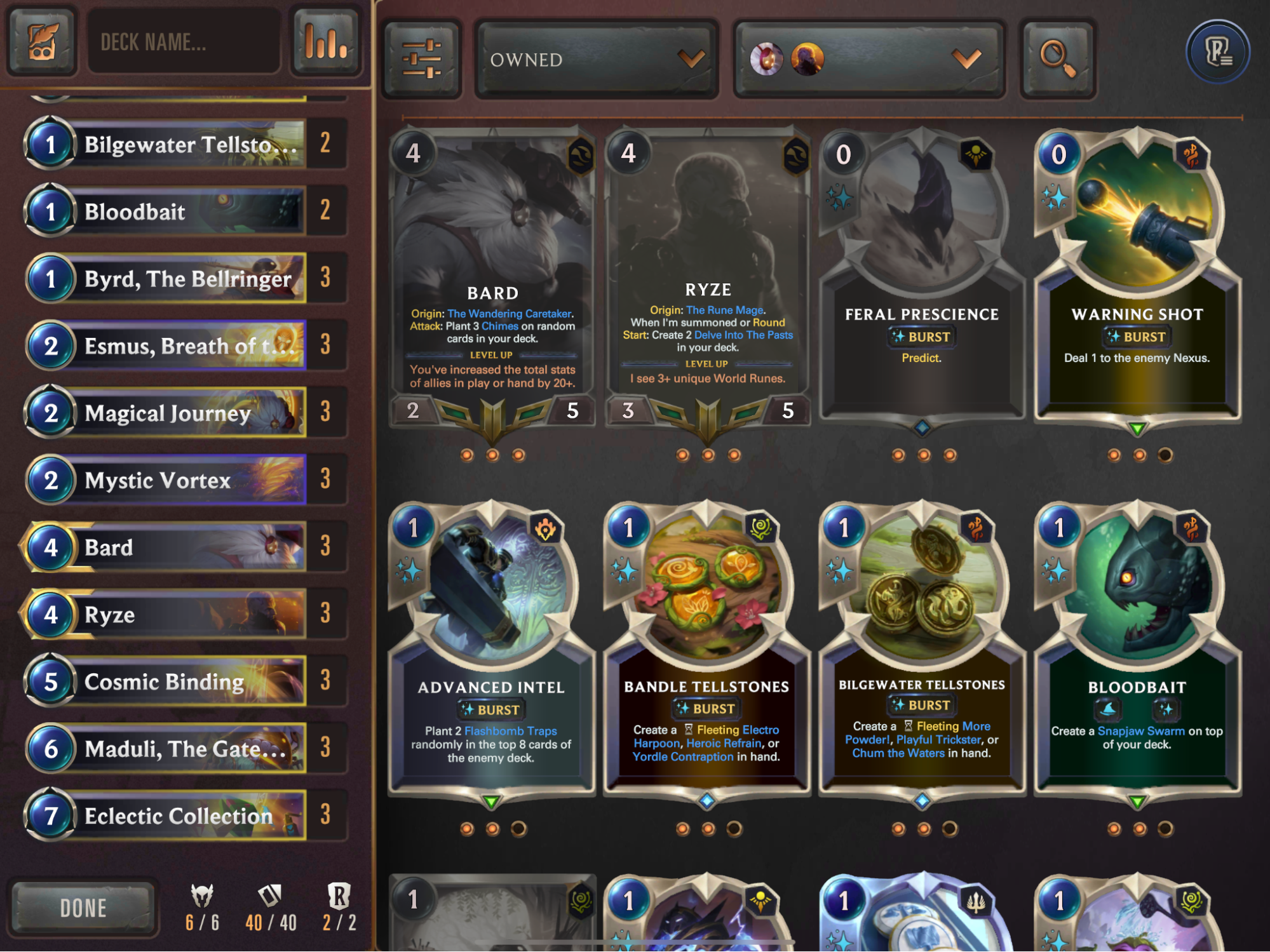 The ladder can certainly be a grind so making it fun should always be a priority. If you wanna add a little extra enjoyment, put on your favorite playlist and jam to some music while you play!

3. Focus On The Mechanics, Not The Outcome

LoR is an incredible game that offers a ton of nuance with its unique game mechanics. Whether it’s making a pass at the right time or capitalizing on priority when we have it, we should appreciate the subtleties of each micro decision.

While games can indeed be decided by factors outside of our control, it’s generally hard to admit honestly that there wasn’t at least one thing we could have done differently.

If you’re not regularly asking yourself “What does my opponent want to play this turn?” or “What answers could they have if I play this?” then you’re missing out on a ton of opportunities for improvement.

When we’re able to put greater focus into the game we can learn to play both sides of the board. Doing so will give you a glimpse into the opponent’s potential thought process and allow you to make better reads on their hand.

Right from the start, as soon as you’ve been matched up against your opponent, ask yourself “How do I win this game?”. Think about the macro game. What am I looking for in this matchup? What is the opponent looking for? Which cards matter? Which cards don’t?

Again, all pretty obvious stuff to the veteran player. But it’s so easy to get into the habit of just mindlessly jamming games. After all, that’s often good enough to find a decent level of success.

However, switching our awareness to these habits helps us greatly improve as a player. It’s fun to make the right read and bait the opponent into your trap!

There’s a lot we can learn regardless of the outcome. When you go into each game with the readiness to learn, you start to accept the losses, because you’ll notice the potential missteps or branching paths that could’ve led to a different result. And when reality is a brick wall in your face, it’s easy to accept it and move on. Stay positive and keep going!

4. Take It With A Grain Of Salt

When it comes to card games, there are always factors outside of our control no matter what we do. Whether it’s random targets, randomly generated cards, or simply the order of what we draw, there are always going to be times when we have to concede to Lady Luck. That’s RNG for ya.

While we can’t do anything about RNG, it’s good to occasionally reflect on what we can control; our deck choice. What deck are you playing? Does it fare well in the meta? Perhaps you’ve been playing a deck that’s favored in most matchups, but a complete dog into the #1 deck. Yes, it’s true that matchup RNG plays a factor here, but that’s the risk you decided when you picked that deck.

We need to understand the reality of the approach we take. If our hearts’ set on playing X but we keep queueing into our worst matchup Y, then those are the consequences of our decision.

The meta will shift frequently and can even look vastly different from one time of day to the next. You may have heard the phrase “pocket meta”, which is the current metagame you’re experiencing during that particular window of time. Every now and then, so long as there isn’t a huge range of different decks, it’s possible to take advantage and choose a deck to counter that window.

But all that said, we can never truly be certain, so take it with a grain of salt and make the most of what we can!

5. Know When To Stop

Just like everything else in life, when we get invested in something, it can be hard to detach ourselves from our results. But always remember… Your worth is not related to your rank. 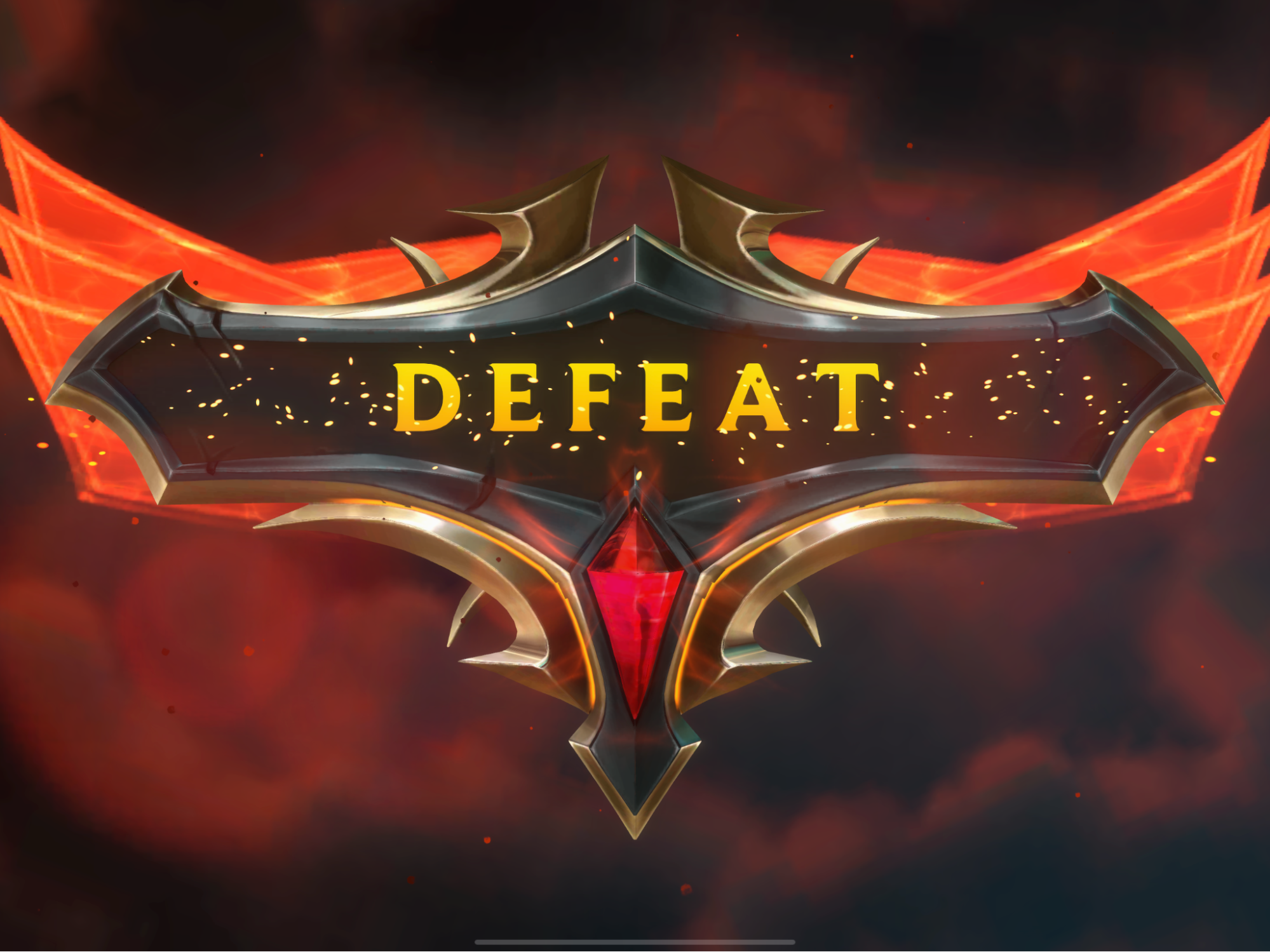 Despite positive intentions, it’s normal to get fatigued after a while of playing or frustrated after some unfortunate games. Few of us can remain optimistic all the time, so don’t feel bad if your emotions start to creep up on you. However, what’s important then is to know it’s time to stop.

As I said in the beginning, if you aren’t feeling up for it, don’t play. Even if you’re close to that next rank, it’s better to stop and recoup than continue and drop further out of reach. If you’re super determined to get there, then at the very least, get up and take a walk around. Go to another room, take five or ten minutes, and just reset.

It’s amazing how something so simple can be so rejuvenating. And if it’s not? Call it a day and move on. Don’t forget, at the end of the day, it’s just a game. Our mindset is far more important than our rank, and we should never give it up to get the other!

When trying to help someone, sometimes it’s better to ask them for advice instead of offering advice to them.

Asking for advice can help boost their confidence because it shows that you respect their opinion…and that answer they shared may just be what they themselves needed to hear.

Thanks for reading! Be sure to check out our other LoR guides and articles.