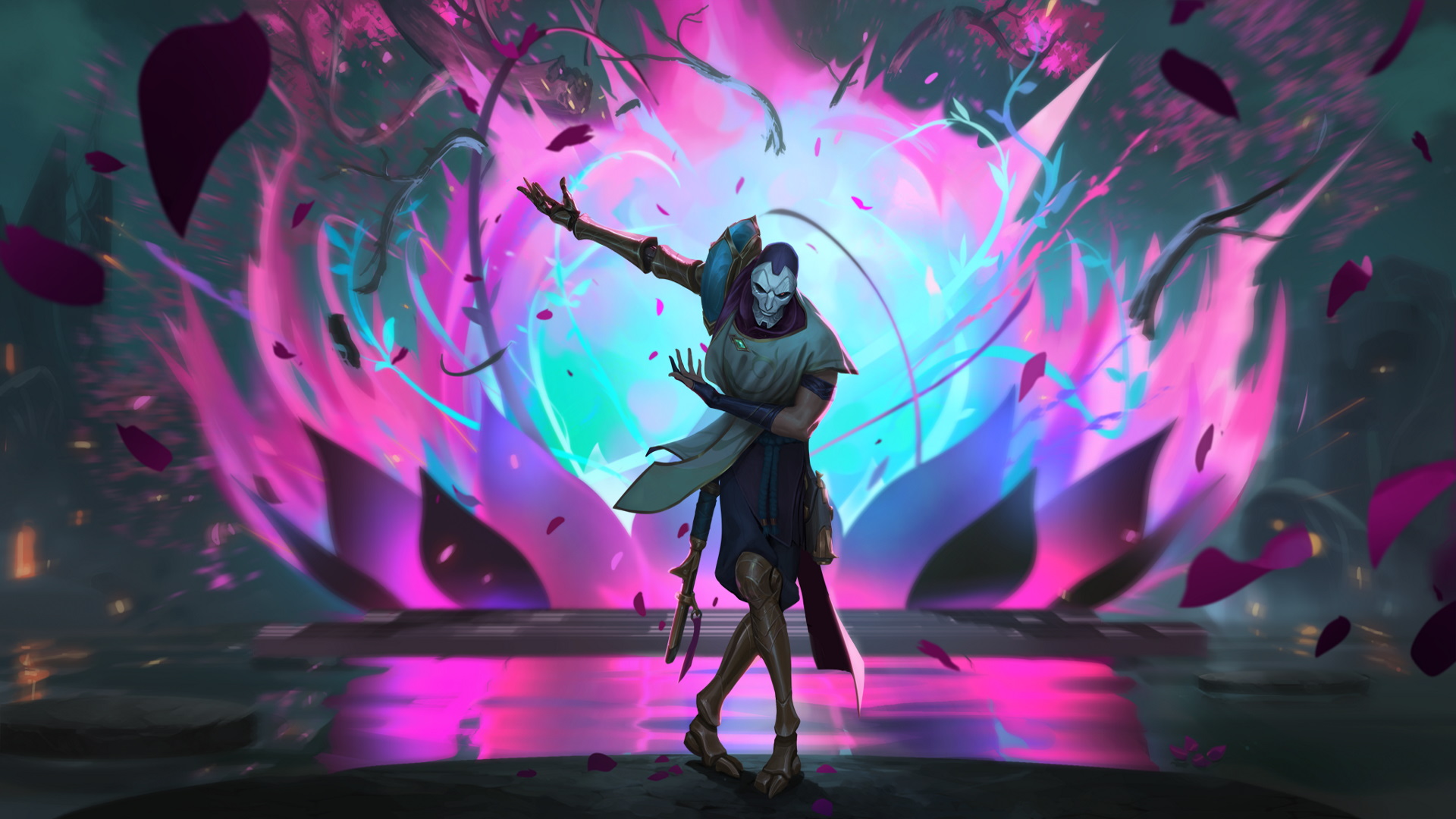 It’s been a long time coming but it’s finally here…it’s time for a glimpse into the future of Runeterra!

The early 2022 roadmap has dropped and today I’m going to walk you through everything we know thus far.

Here’s a quick look of March through July: 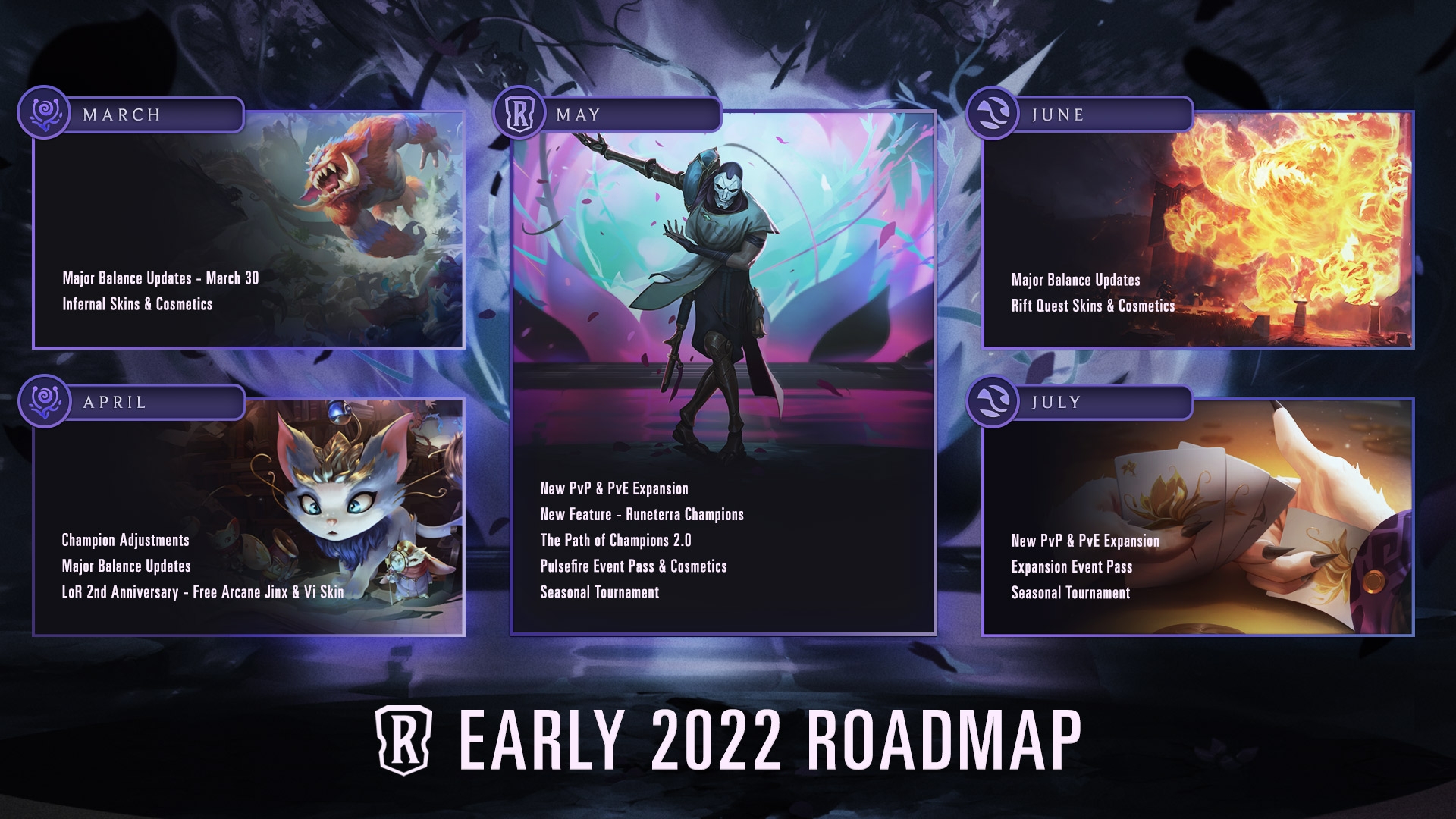 That’s a pretty substantial feat considering it’s only been around since November. All that said, this is great news as we’re going to be getting a ton of new content for PoC. Let’s dive into the details!

Path of Champions is getting a major content upgrade; titled Path of Champions 2.0. There’s been an emphasis on making PoC a more immersive experience than before. Instead of playing through the same adventure with each champion, they’ve opted to create unique individual campaigns. That’s a big deal as far as content goes, and will help freshen up the experience as we play through each champion.

Additionally, there will be a greater focus on the progression and customization aspects. Beyond just leveling up and grinding relics, we’ll be able to chase specific items to make new and unique builds. The intention is to have more control of how a champion plays.

Best of all, we’re finally going to have the ability to swap cards from our starter deck. No longer are we stuck at the mercy of RNG to make proper cuts during the run.

One important note is that all progress will be reset in the Spring upon upgrading to 2.0. So if you’ve got unfinished business to deal with beforehand, consider this a warning to get on it! Or if you’re like me, just take a breather and have fun knowing it’ll all reset anyway. 🙂

If you’ve been following the recent news, you’ll have heard that Expeditions are eventually going away. According to the devs, the mode hasn’t panned out quite as they’d hoped. So they decided to close the doors and set it aside for the future.

What does this mean? Well first off, use your Expedition Tokens! We’ve got until sometime in May before they vanish into nowhere.

Riot’s already confirmed they won’t be redeemable elsewhere, nor exchanged for anything else. So even if you don’t want or have time to play (or have 70+ tokens as I do), make sure you enter and retire to claim those free Epic capsules!

While it’ll be sad to see it go, it’s exciting to think about the possibility of an incredible new draft format. By the sounds of it, we’d likely see a more traditional PvP draft experience, but only time will tell. Either way, it’s probably far into the distant future, so pour one out for the ol’ Expeditions and move on with everything new to come! 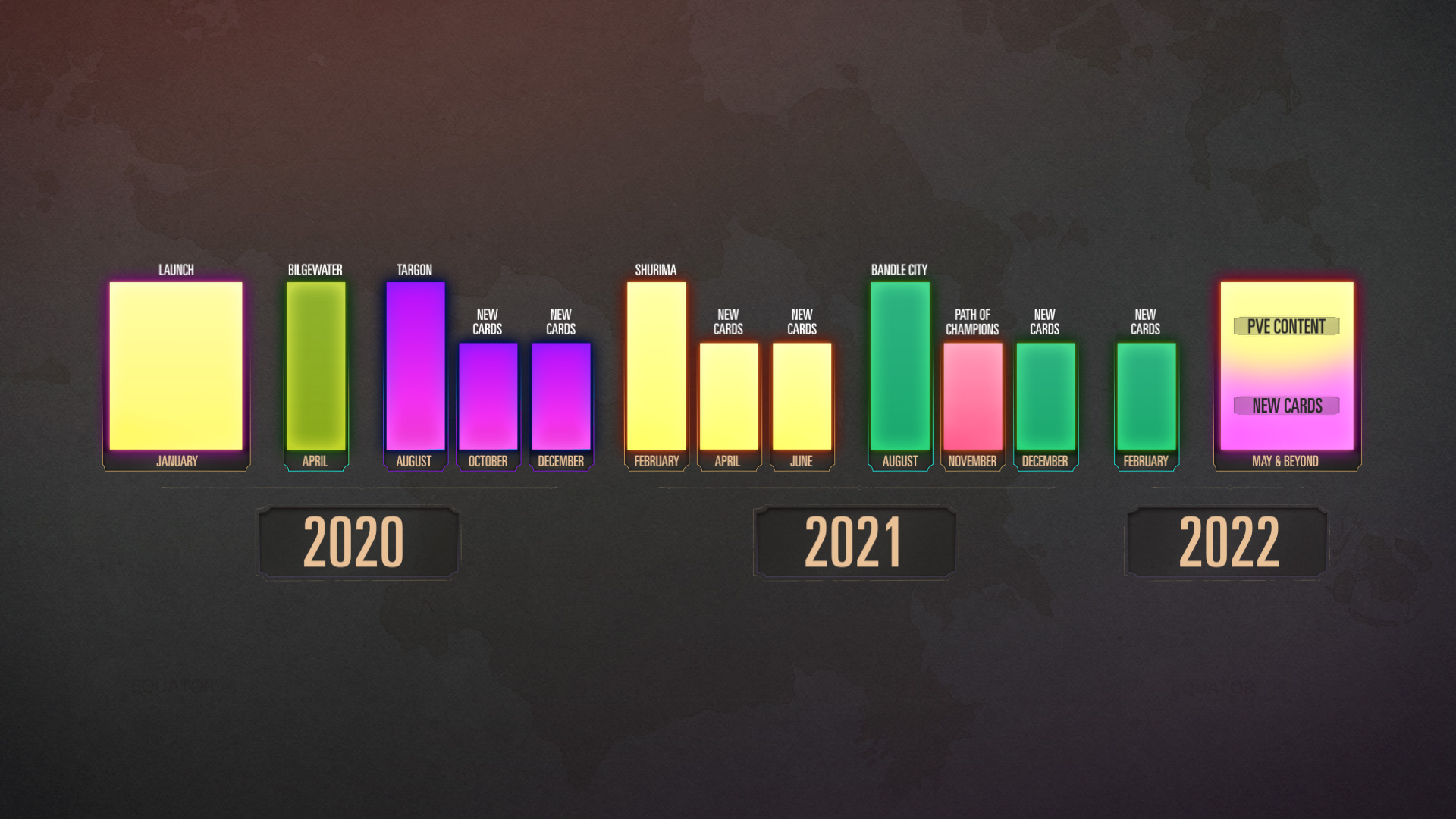 We’ve finally reached the end of the regional expansions with the release of A Curious Journey. Up until this point, each scheduled release was built towards establishing each new region amongst the rest. Bilgewater was the only region to launch in one full-form expansion. Targon, Shurima, and Bandle City were all split into blocks of three. I’m very glad things are about to change.

The three-block system left a lot to be desired. While the first release of each region was exciting, the other two felt underwhelming in comparison. Part of this was the smaller card pool, but notably, the design was restricted to temporarily favor some regions over others.

Since the new region had the smallest card pool, the majority of new cards went to them while other regions got very few additions. This is all understandable in the grand scheme of things as it allowed the devs to play catchup to the other seven regions. But from an excitement standpoint, it meant occasionally your favorite region(s) wouldn’t get anything new from an expansion.

All that’s about to change now that every region has been fulfilled. Expansions from here on will be standalone and allow more room for experimentation. Sizes will supposedly vary so certain releases will be larger or smaller than others. Content will be made for both PvP and PvE, so rest assured you’ll have something new for whichever way you like to play Runeterra. Get ready for May!

Quite possibly the most exciting news is the announcement of “Runeterra Champions”. These are essentially regionless champions. Based on what we’ve seen so far, these will have a huge impact on the game! If you thought multi-region cards broke the rules, just look at Jhin!

When building a deck with a Runeterra Champion, that champion itself will count as one of your two regions. Each Runeterra Champion will have its unique card pool that compiles cards from all ten regions! If you’ve ever wanted to break the rules and combine multiple regions, you may be able to do just that. Of course, there will be some steep restrictions, but it leaves the door open to some wild combinations with future releases.

Jhin’s card pool is said to include all cards with skills. This means any unit with a yellow skill icon in their text, but also includes those that trigger a skill like Crackshot Corsair. I can’t even begin to imagine the deck-building possibilities this will entail, but I’m sure once Jhin’s been revealed we’ll see some crazy creations!

All of the following cards were seen on video as confirmation.

The devs have confirmed we should see a balance patch every other month, but they’ll always be watching in case sooner adjustments become necessary. This is pretty on par with what we’ve seen thus far, but it’s good to see the communication.

What’s most exciting is the announcement of champion adjustments coming in April. The intention is to rework older champions to make them more viable for today’s age. That’s as good as getting new cards, and often even better!

There’s not much to say here except.. “It’s complicated”. No seriously, that’s all they’ve mentioned. While I personally believe it’s far too early to consider a Rotation, it’s good to know they’re considering options. It’s certainly not going to be easy with how champion-focused the game is. Anyway, it’s just more future stuff to think about. 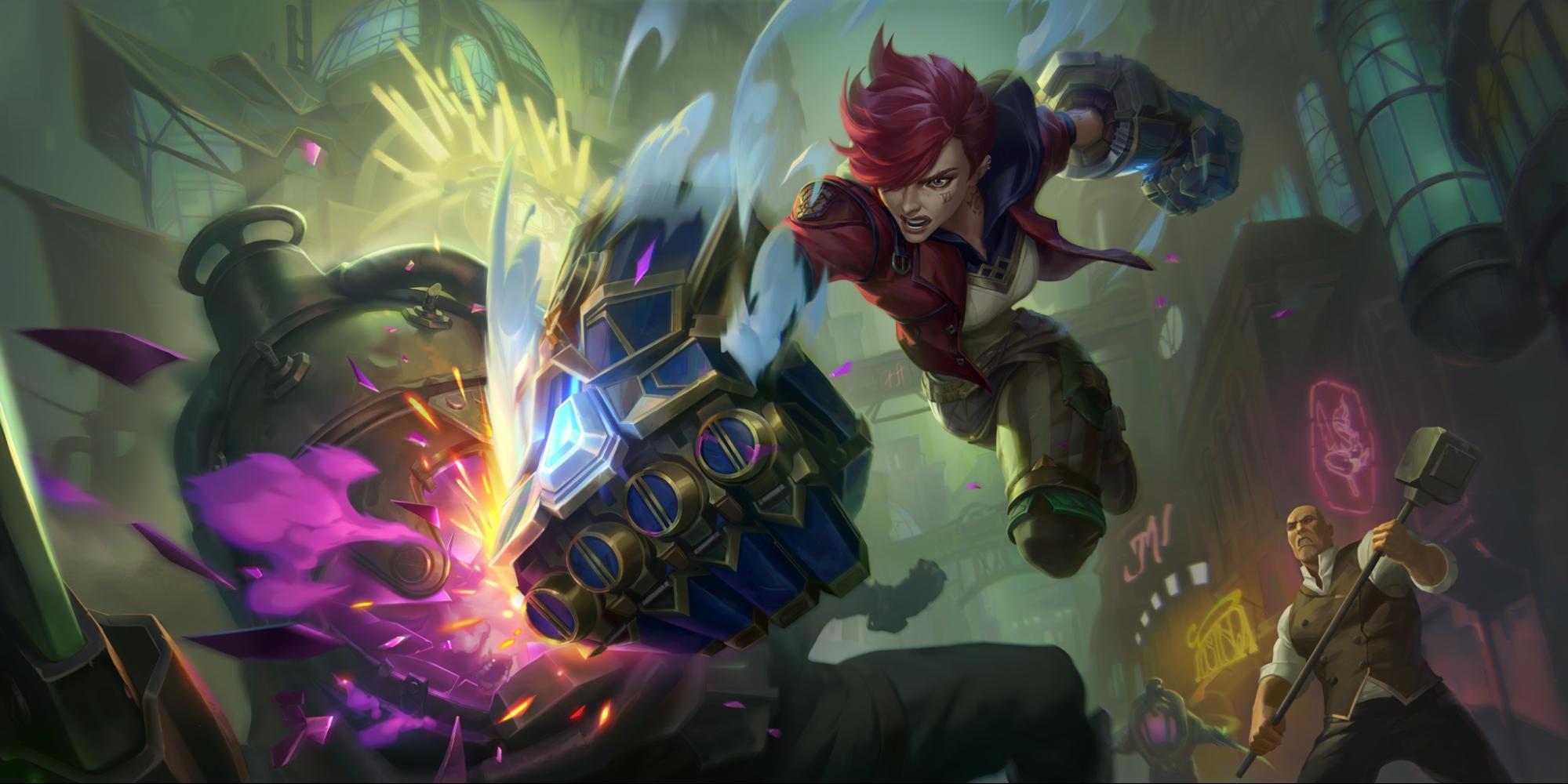 With the latest Arcade Battle Pass, we’ve been introduced to more fun ways to experience rewards; looking at you Veigar. The devs want to create more of these moments and improve the game’s overall quality of life.

Those of us with Epic champion skins will be excited to know that the corresponding champion spells will be updated in the future. These are to match what we see with Arcade Anivia and Arcade Miss Fortune. They also want to create more skins with animations, so it’s likely we’ll see more Epic (or perhaps greater?) skins in the near future.

To celebrate the second anniversary of the game everyone will get two free Arcane-themed skins for Jinx and Vi! If you enjoyed Arcane as much as I did, then I’m sure you’re equally as excited! I mean come on, two FREE skins, AND they’re themed around Arcane? Win-win!

The next battle pass will contain the Pulsefire Event and is said to include more free nodes. As far as F2P goes, Riot is already miles beyond the industry standard. And even still, they want to give us more? You’re too kind Riot, thank you!

Alright, I decided to leave this topic till the end as it is the one key area of concern, and rightly so. Riot announced that Seasonal Tournaments will continue, but their broadcasts will be removed. And with the announcement that PvE is the most popular way to play, this hits even harder. It was however noted that they removed coverage to allow more focus to be put on Worlds.

At least they confirmed Worlds 2022…

Let’s be real, canceling broadcasts is really unfortunate. While we may not have seen incredible numbers on stream, there’s still an active audience that loves to watch. Not only does this affect the competitive scene, but it removes opportunities for those who work hard casting the events.

Now the only official broadcast will be Worlds, and that’s just a single event out of the entire year. What about building the hype towards the main event?

I’m sure our voices are heard, but this is likely the reality we need to accept. But you know what? The community already runs its own tournaments. We already see broadcasts of events with real prize support. Just because there won’t be an official broadcast for Seasonals doesn’t mean we can’t have one at all. The players will find a way, I’m sure of it!

We’ve covered a lot of upcoming content and changes to the future of Runeterra, and we’re only just scratching the surface. As pointed out in the official article, this is just everything in the first half of 2022!

Despite the coverage announcements, I’m overall really excited for what’s to come. The foundation has been set, so future content is free to grow to a whole new level. It’s a relief to finally be out of the box that was block-expansions.

What do you think? Are you excited? What stood out to you the most? Feel free to hit me up on Twitter to continue the discussion!

The best way to get back on track is to change your personal default setting. If we fell off course, then we were originally doing something different from our “normal” behavior.

To get back on track, we have to change the old behavior to the new desired behavior. If the change is only temporary, it won’t last. Thus changing our default is the only way.

Thanks for reading! For more breakdowns and analysis, check out our other LoR articles.