The next Darkin has been released and it decided that being merely fearsome simply wasn’t terrifying enough.

I’m Jordan “WhatAmI” Abronson and I’ve got some crazy new spoilers for you here on what looks to be a solid day of Darkin variety support cards. 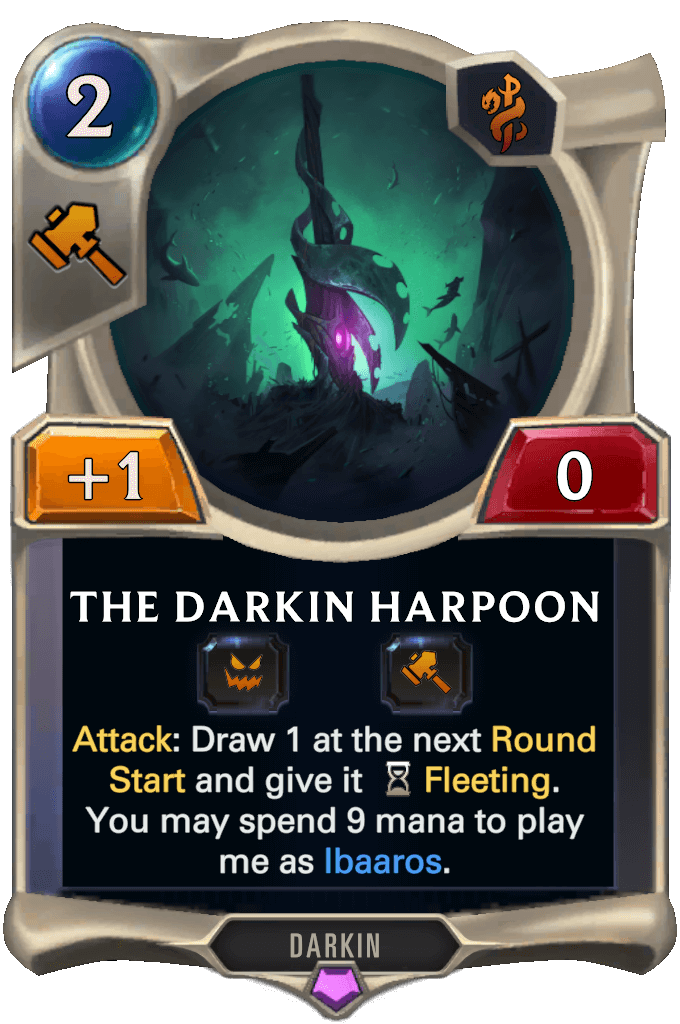 The first half of this card is interesting as it almost seems to be working at cross purposes to itself.

Fearsome is a very aggressive keyword whereas spending two mana to maybe draw a card next turn seems rather slow. That said I could see this in some kind of tempo Go Hard deck or potentially even true aggro if you could find enough one drops to spam out to make this worthwhile. 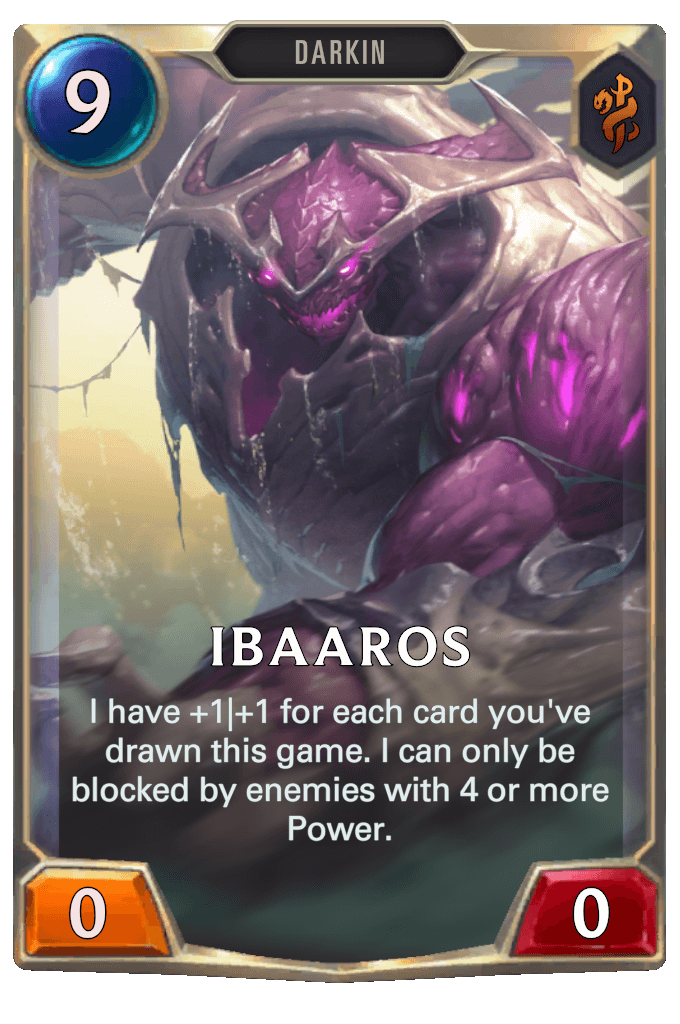 On the flip side though Ibaaros is an absolute monster. You all know that I am an Atrocity gamer and this just screams to be thrown at my opponent’s face. I’m not sure what an Atrocity/Ibaaros deck would look like, but you can bet that I’m going to try to find out. 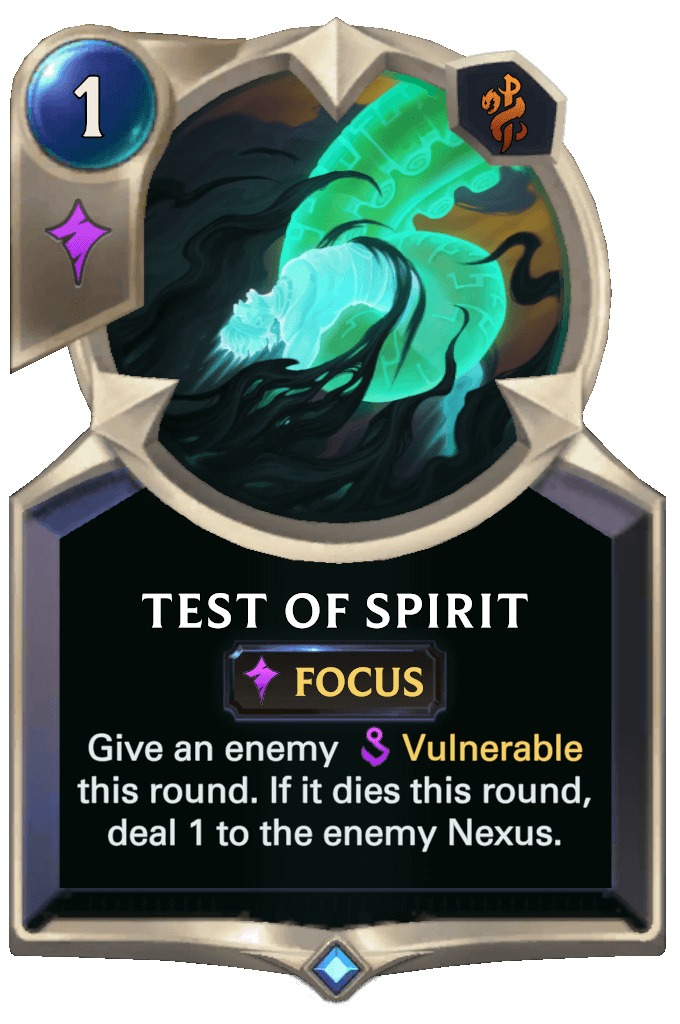 This feels like Ye’ Been Warned and Shakedown had an ugly baby. I’m not going to lie this feels extremely awkward to but into a deck. Maaaaybe a more aggressive leaning Miss Fortune plan could justify it but I’m not really sure you would want this even then. More toys for Burble Fish though. 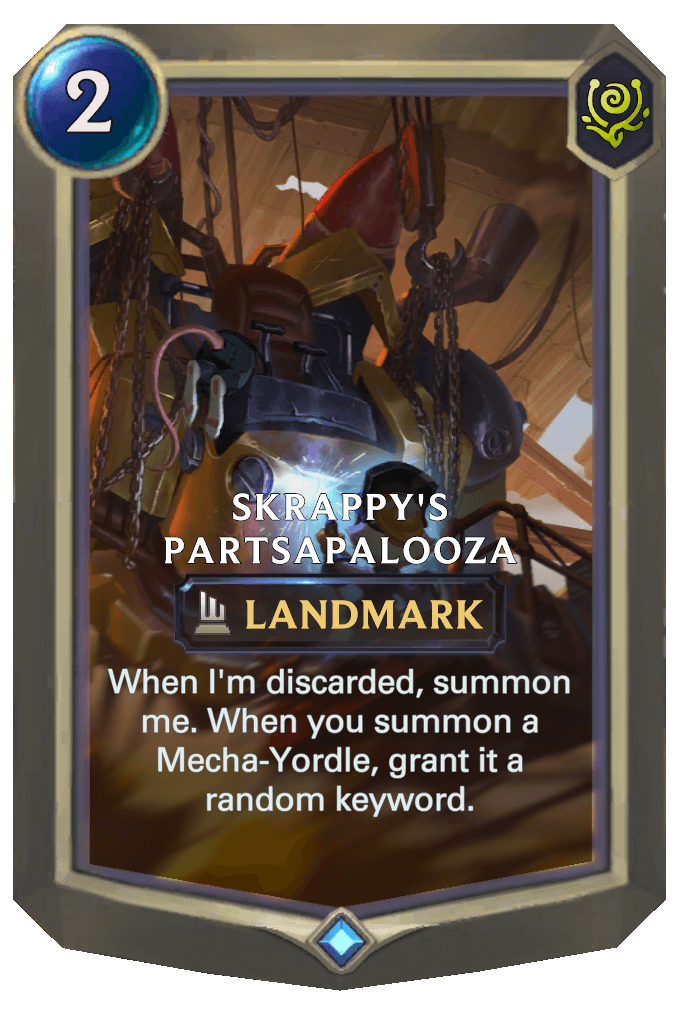 As we’ve seen from husks in the past, a single random keyword might be one of the highest variance bonuses you can give to a unit. This strikes me as too unreliable to make Mecha-Yordles playable, but being discardable is definitely a point in its favor. Even at zero mana though I’m not sure this makes my decks. 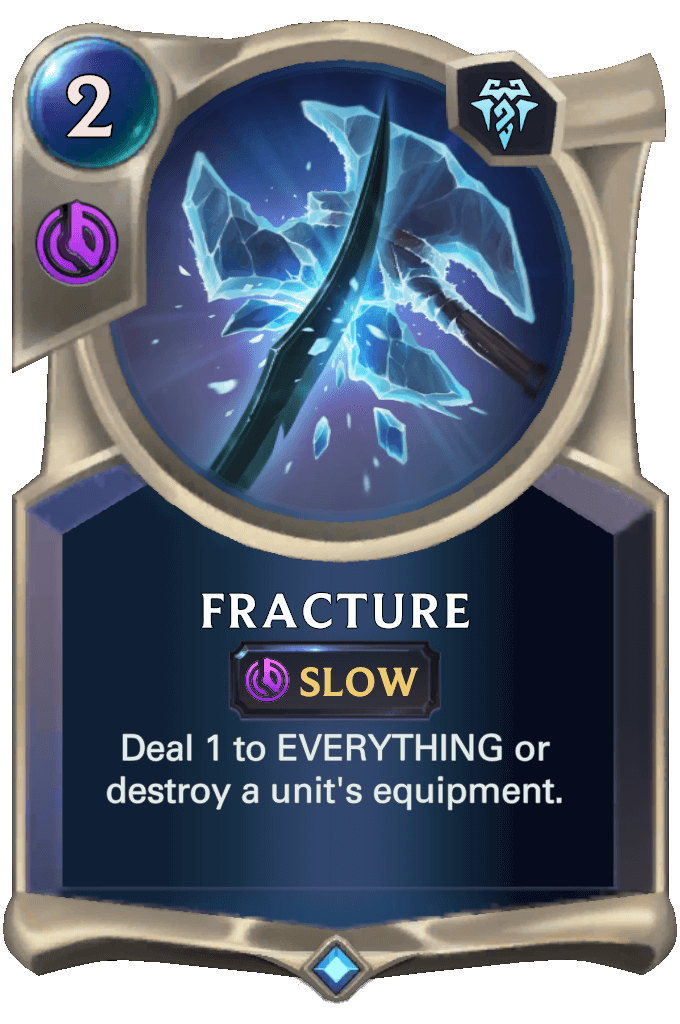 This one though I absolutely love. Freljord now has its own personal powerful and flexible way to answer problem equipment. A touch of burn, a smidge of plunder proc, casual board wipes for the more controlling among us, this card has it all and I’m looking forward to playing with it.

Warden of the Tribes 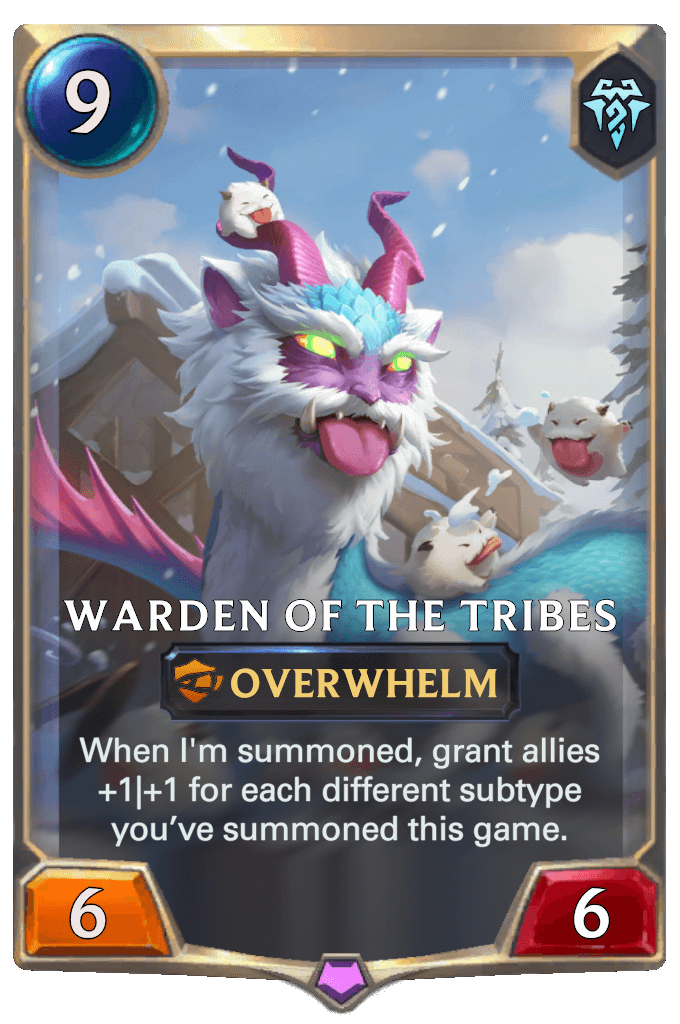 I’m not going to lie, this looks an awful lot like an un-deny-able Mind Meld attached to an overwhelm body if you decide you want to build a deck around it. Nine mana is an awful lot, but non-ruination decks are going to have a heck of a time being alive when this hits the board. Portal Warden anybody? 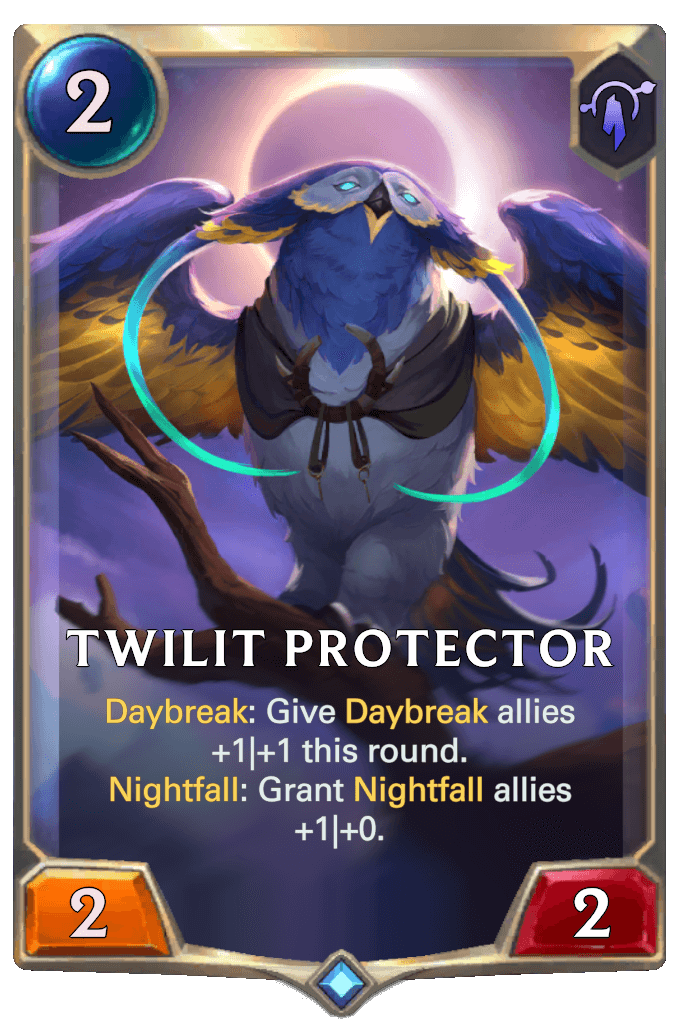 Another piece of solid support for the good old Celesbians deck. My heart wants to say that this will be enough to bring Leona/Diana into the playable range, but my head says solid two drop was not really what that deck was missing. Definitely a good excuse to try one of the top thematic decks in Runeterra out again though.

Bonus Deck: Norra of the Tribes 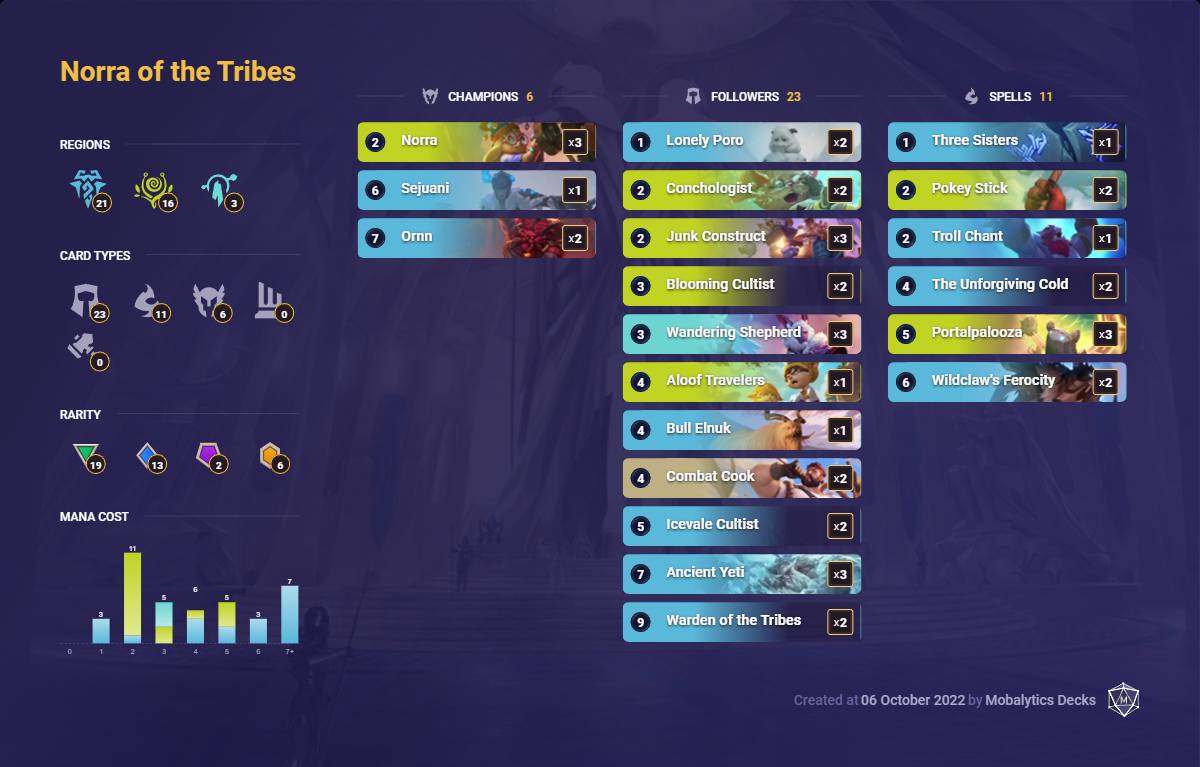 Nora decks have never had a problem establishing board control and tempo. They enjoy drawing cards and spamming down a host of units to swarm all over their opponent. What they do occasionally have though, is trouble actually ending the game in their favor.

Somehow, I think that pumping your entire board to epic proportions is a solid way to address that particular issue. We’ve got six tribes already represented here (seven if you count Mr. Elnuk), and that’s likely to be enough to crush a board right there when Warden comes down on nine.

Never forget though that our game-ender reads “summoned,” not “played.” So, any hits we get off of all the portals we’ll be making can help out quite nicely. A full board pumped up to Mind Meld levels of silliness should crash right through our poor opponent’s defenses.

Aside from that we’ve also got Ornn at the top to make some crazy weapons, backed up by new friend Icevale Cultist to make sure he is a lethal threat whether he comes down leveled up or not.

Last but not least we’ve got some truly cheeky open attack we can create courtesy of any portals we hit combined with Wildclaw’s Ferocity. Dropping this on a random unlucky portal hit is fine, dropping it on a Combat Cook is just absolutely brutal.