How to Play: Curiosity

There are so many crazy new brews from the Bandle Wood that choosing one to focus on is a task in and of itself.

I’m Jordan “WhatAmI” Abronson and it just wouldn’t feel right if I didn’t take a crack at the craziest and brewiest of them all.

Confused and think you’re just looking at a random pile of cards? 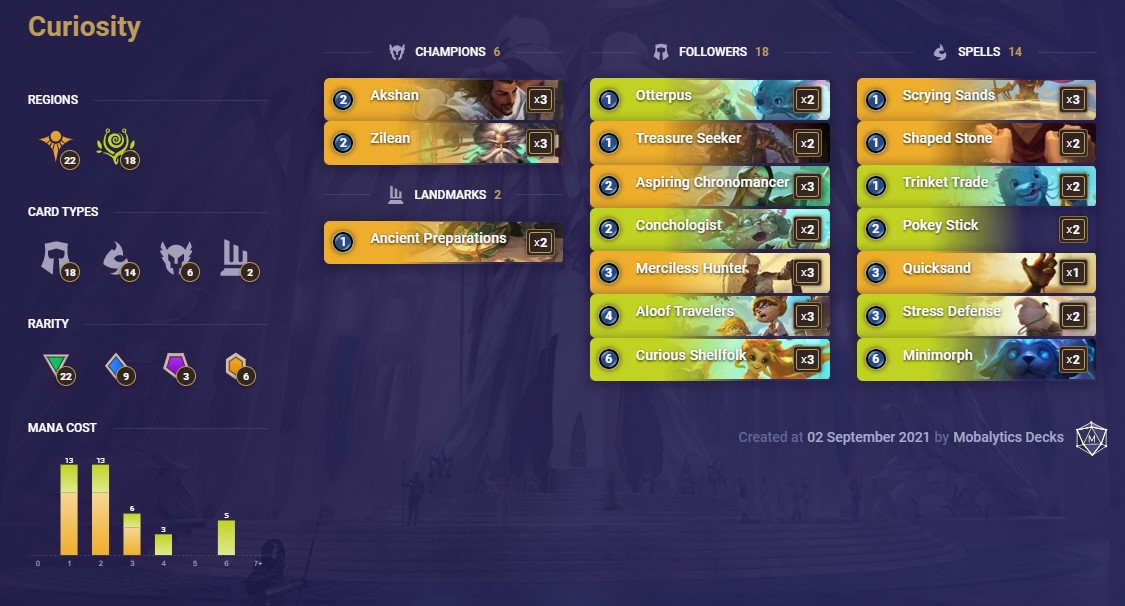 This deck ran over me once or twice on ladder and I simply had to take it for a spin. Let’s start with the first question of “what exactly in the beep-booping Bandle is going on here?”

Well, I’m glad you asked. See, Curious Shellfolk has a really neat interaction with both Prank and Predict.

Once it’s in play whichever card you choose, yours or your opponents jumps into your hand and kindly discounts itself by one.

This means that you can get some pretty impressive value chains going with low mana spells in your own deck or simply take a win condition from your enemy nab style.

Where it really gets silly though is if you’ve got Zilean to back you up. When you predict a Time Bomb with Shellfolk in play you get a one-mana copy.

Then that one mana copy will draw the one you just predicted.

Phase One: Keep It Clean

For the first couple turns of the game we should be keeping two key things in mind. Number one is survival.

You’ll tend to do that by trading down with your plethora of early game units and some small disruption from pranks, buffs, and debuffs. Keep the board clear as much as possible and you’ll be happy.

We don’t really get early game removal in these regions, but Merciless Hunter does a pretty fair impression of it. Don’t try to value your champions or other cards too much in this stage. They are mostly just there to keep you alive. 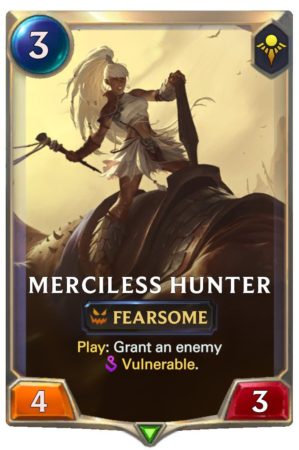 The other thing you want to be doing is drawing and predicting towards Shellfolk. This deck’s biggest weakness is that without its engine it really doesn’t do much.

That said you’ve got an impressive amount of card draw and filtering to help you get there, and I will often keep Shellfolk in the mulligan, so you can have her online by turn six relatively consistently 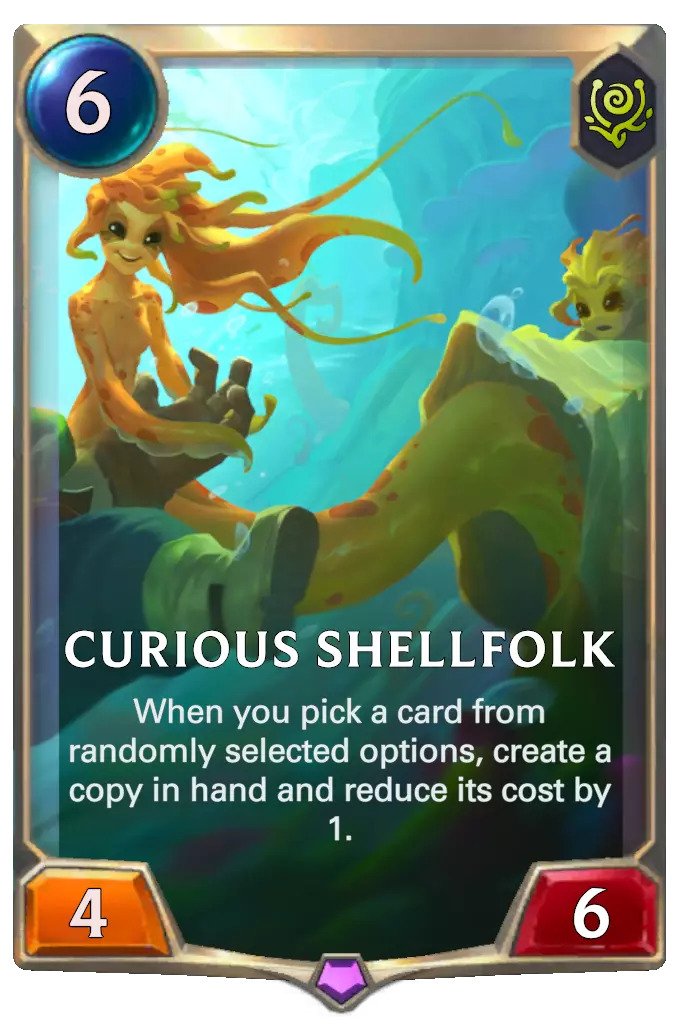 One of the really great things about Shellfolk is how hard the statline is to remove for most decks in the game. Even real control decks will likely need burn plus Flock or a high mana Shadow Isles card.

That means you can often just confidently slam it down on turn six and ride away to victory.

If you are at some reasonable level of worried then waiting a turn or two is definitely not the end of the world.

Aloof Travelers can often put in some very good work taking away enemy Minimorphs or Vengeances to makes sure our girl comes down safe from all harm. 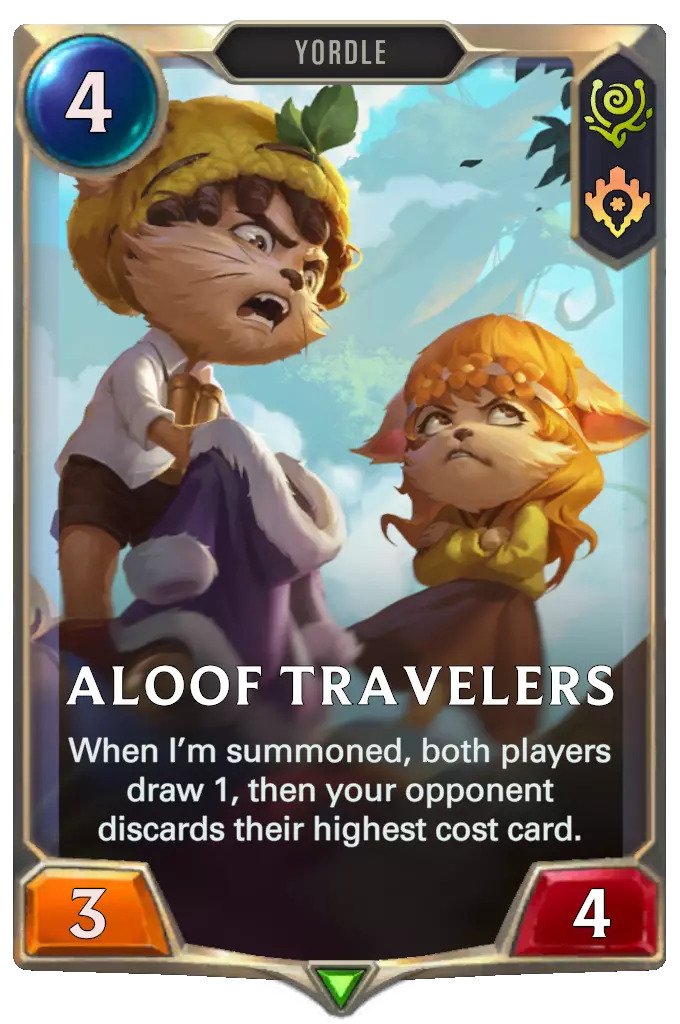 And if you’re playing against a Noxus control list then Stress Testing will be your absolute best friend. These are all things you want to be thinking about from turn one as you mulligan and predict. Number one- “How do I survive?” Number two- “How does my Shellfolk survive?”

Once you have the engine online you can kind of just relax, enjoy doing ridiculous things and win-cons will come to you. When all of your cards start to come with bonus cards you can simply bury most decks under piles of card advantage. Fill the board every turn and swing for the hills.

If that fails to work your Prank spells will turn into one mana hand-targeted nab cards. When playing your own deck isn’t working, just start playing your opponents while simultaneously debuffing their copies. 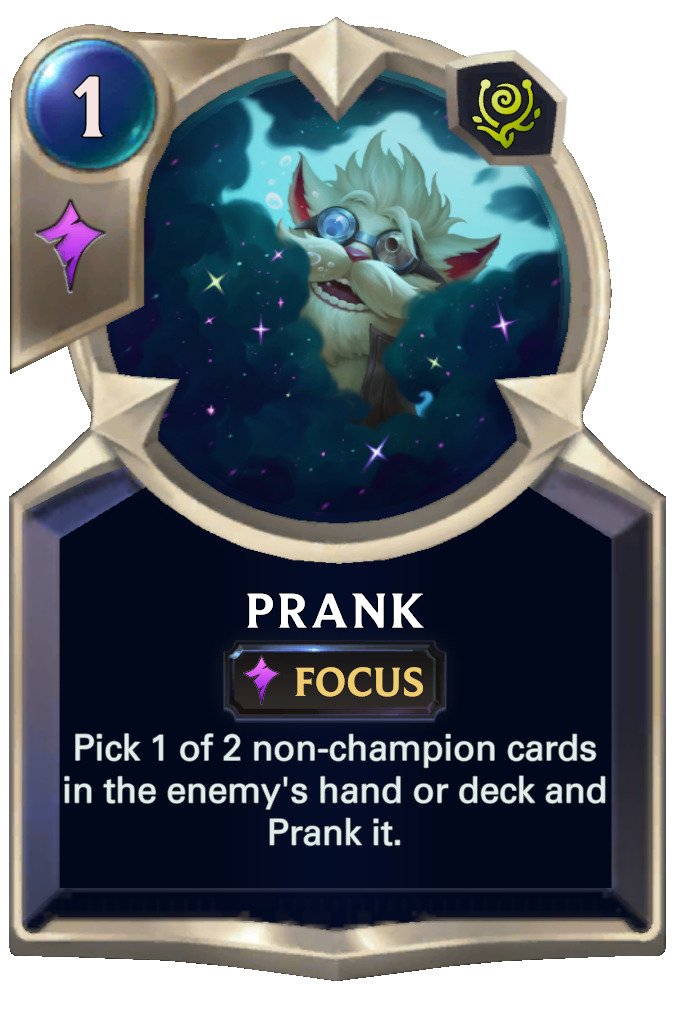 Once you have Zilean online to go with the Kelpfolk engine the game will end impressively quickly. Playing four to five timebombs in one turn is not unheard of or even unlikely.

There really just aren’t many decks that can stand up to that kind of pressure on their board and life total when it just keeps happening. 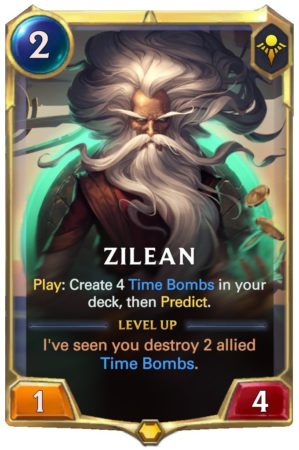 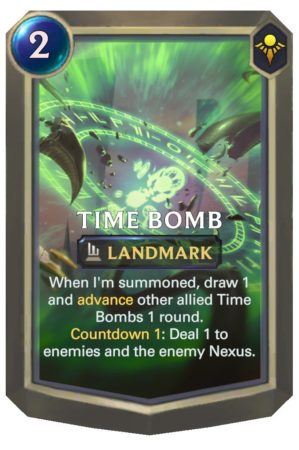 Best of all our top-end includes Minimorph and we have plenty of ways to find it. That means that while we get to be as unfair as we like, if our opponent starts trying to be unfair as well then all they are going to end up with is a shocked Pikachu face and a 3/3 silenced body.

Akshan, Shaped Stone, Treasure Seeker, and Merciless Hunter might look a bit odd amidst the rest of this deck’s plans.

Especially since Merciless and Shaped are soon to be hit with the nerf bat of doom. What they are though are important early game board control tools.

If you think of Akshan as a 2|2 quick attack that gives you a free Time Trick later and Merciless Hunter as a four damage removal spell it starts to make more sense.

That Time Trick can be invaluable to either start or Kelpfolk chain or go find a Kelpfolk if we haven’t gotten there yet. 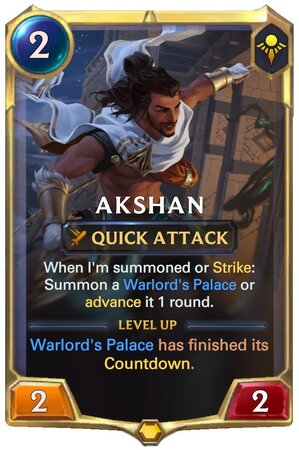 The rest of the deck is mostly just a mishmash of solid low mana answers and tradeable units. They’ll all give small amounts of value while setting you up for your Kelpfolk turns and at the end of the day that’s all this deck really asks them to do.

This deck is absolutely silly and a ridiculous amount of fun to play with. It doesn’t truly go infinite but it puts some pretty unreasonably high values of finite into circulation.

It also requires decision-making power at basically every point in the game and has some impressively competitive lines.

As far as competitive goes I don’t know that we ever make it as far as tier one.

That said though, I’ve seen this deck already have tournament results and I would not be surprised if a fully refined version became a powerful tier-two contender.