Hey everyone, Silverfuse here with a new, fun deck from this expansion! This one takes advantage of Tentacles being the Spawn ability helps level up Bard!

This means that Bard can level incredibly early and continue to buff the board as well as Illaoi.

An additional fact is that Bilgewater has plenty of draw for Bard’s Chimes.

An early Chime on a critical unit such as Illaoi herself can nearly win the game on the spot. Additionally, this deck uses Nagakabouros to end any games that Illaoi and her Tentacle can’t end on their own. 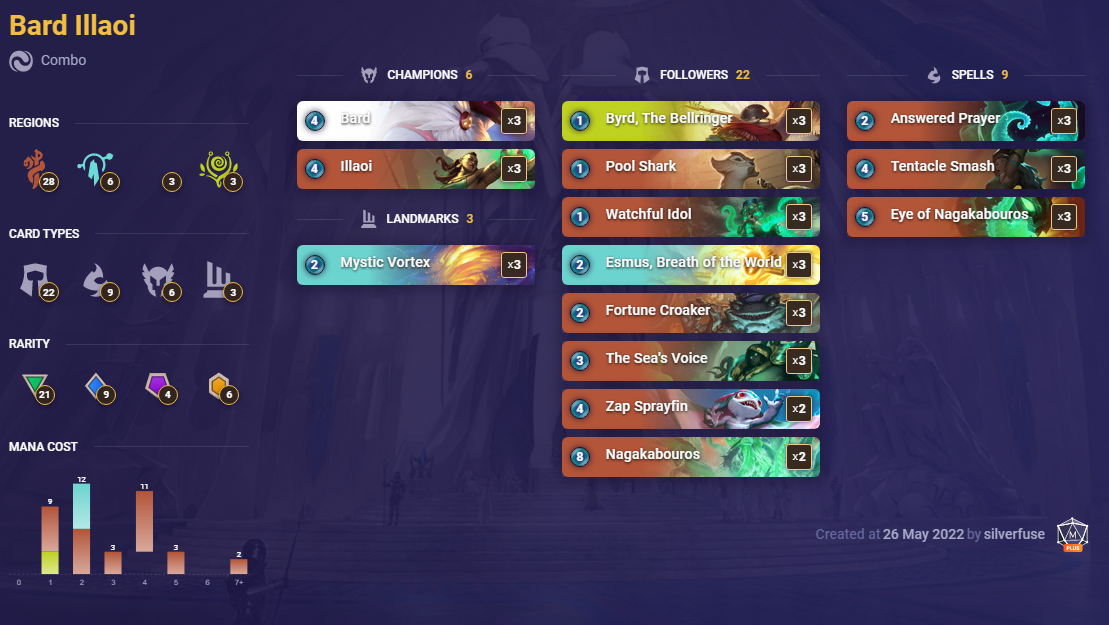 This deck takes advantage of Spawns counting toward Bard’s level-up condition of increasing total stats of allies in play or in hand.

Because Spawns go one at a time, each Spawn is 2 of 20 toward Bard’s level up condition. Once you have leveled up Bard, you can use him to Buff your Tentacle, Illaoi, and other units.

You have plenty of draw options in this deck such as Pool Shark, Eye of Nagakabouros, Zap Sprayfin, Fortune Croaker, and Mystic Vortex. These allow you to draw your Chimes more consistently. 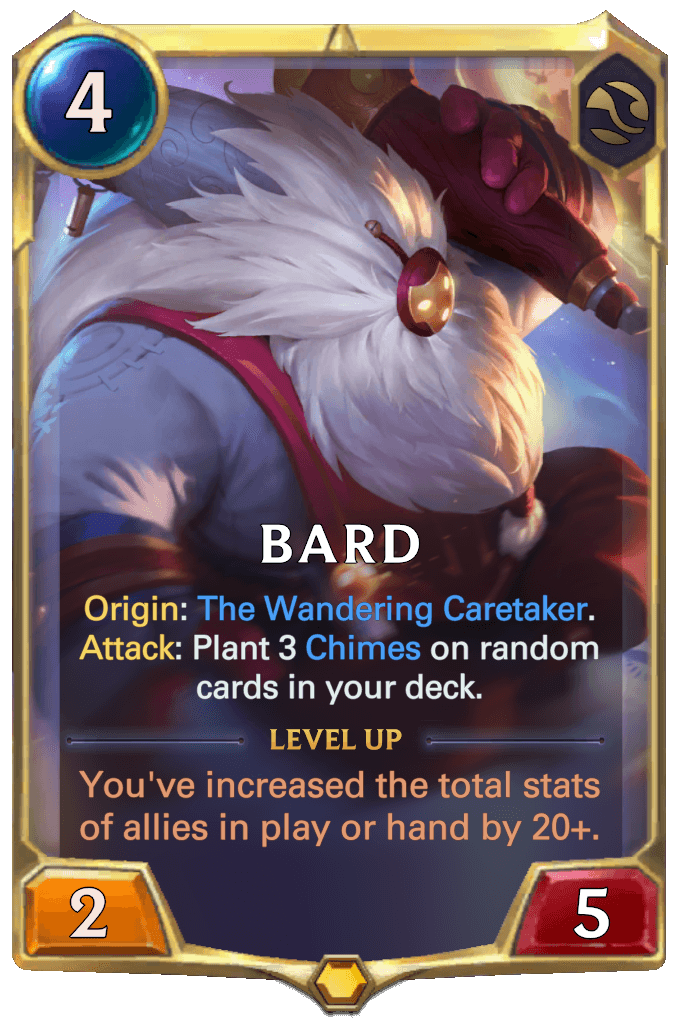 For example, unless you are against a hyper-aggressive deck that you need a one drop to block with, you should never be playing Pool Shark on turn one. He is much more valuable later in the game for additional resources as well as Chimes.

The most important card to start off within the deck is Watchful Idol. Watchful Idol is what allows your Bard to level more quickly, but more importantly, it is what starts setting up for your Illaoi and Tentacle Smash turns. 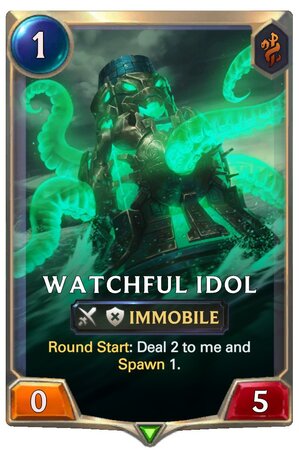 You want to keep every Watchful Idol you have in your starting hand when it is available. Multiple Idols make a giant Tentacle fast and with an Illaoi or a Sea’s Voice you can end the game on turn 4 as I did in this video:

The earlier you can get a strong tentacle, the better off your attacks with Illaoi will be and you can apply more pressure in the game. Additionally, a larger tentacle means more effective use of Tentacle Smash which is your main removal in this deck.

Ideally, whenever you use Tentacle Smash, you want to remove your opponent’s unit without killing your own Tentacle. Restarting your tentacle progress can be really tough and can quickly become an uphill battle. As well as, it is best to have Illaoi in play when you play Tentacle Smash to help her level up; however if she isn’t in play and you feel the need to play Tentacle Smash it is still fine to play!

If you don’t have a turn one Watchful Idol, the game will certainly be harder than if you did start with Watchful Idol on one. The next best option you have is Byrd, The Bellringer for turn 1. He shuffles a Chime on the top card of your deck and hopefully allows you to gain some tempo this way. 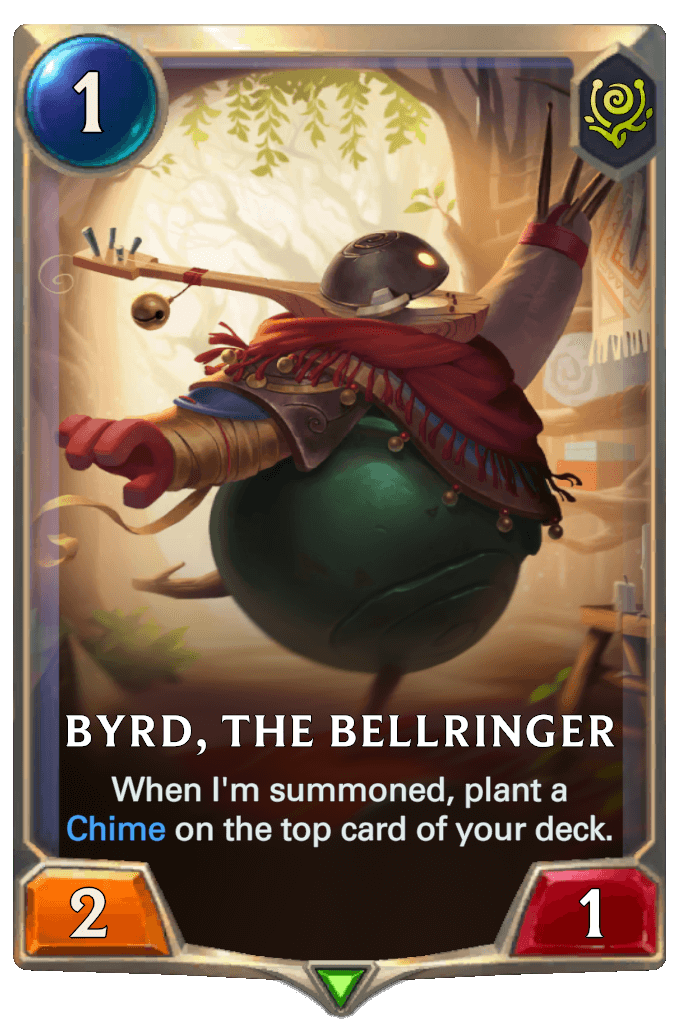 After this, if you played Watchful Idol on turn 1, you will generally be playing more Spawn cards and looking to set up a strong Tentacle Smash or Illaoi turn. The Sea’s Voice on turn 3 can be very impactful as well.

If you played Byrd on turn 1 and didn’t find a Watchful Idol for the early turns, then you will likely be focusing on the chime game plan a bit more heavily such as playing Esmus, Breath of the World, and Mystic Vortex.

Mystic Vortex will likely only be played in games vs slower midrange and control decks where your deck will need additional value to win. In this game plan, you will be focusing more on shuffling Chimes into your deck and taking advantage of Bilgewater’s draw cards to buff your units! You can also use leveled up Bard for additional value!

The mulligan is generally the same for most decks. You want to find Watchful Idol as soon as possible. This card is the main enabler of your deck.
After that, Tentacle Smash if your main priority. Tentacle Smash is a solid removal tool for just about any deck.

Other good cards to keep in your starting hand are The Sea’s Voice or Byrd.

You will always want to mulligan Bard away as he isn’t useful for you until he is leveled. You have many stronger options to look for instead. 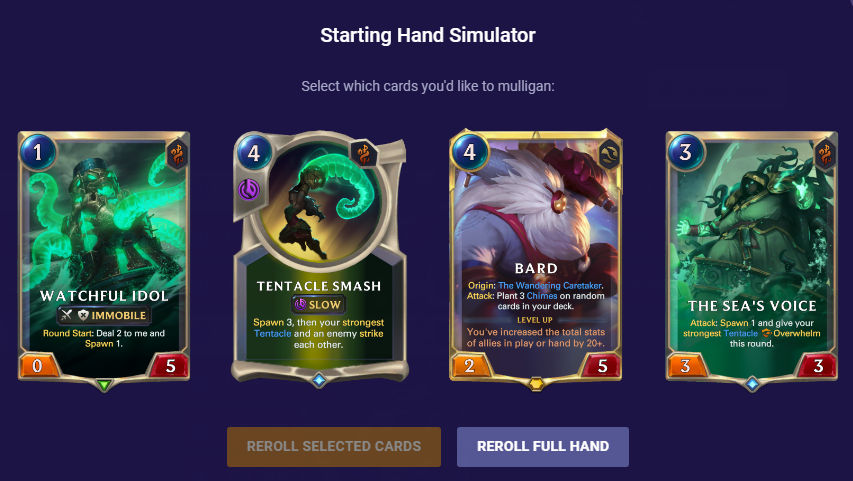 In this hand, I would keep everything but Bard. My early game is very strong with this start and Bard doesn’t do anything to help it out. I would love to mulligan Bard and find an Illaoi instead to capitalize off of my tentacle cards.

It’s a bit too early to tell the matchups as the deck has only been around for a couple days. If I had to guess, this deck can have a tough time against Jhin/Annie Burn Aggro as it doesn’t have a great way to heal or stabilize as well as stuns can be tough for these cards. Noxus Stuns in general can be tough for this deck to handle since it generally wins through attacking and pushing Overwhelm damage.

Decks that stop Overwhelm such as Shurima’s Quicksand can also be tricky for this deck to overcome as well. In those games, you will likely have to focus more on getting Chime Value rather than winning with Illaoi and a giant, Overwhelm tentacle.

Those are the decks it struggles with the most, but after that, you should have a pretty fair shot at most other decks.

Make It Rain: For against wide aggressive decks. This may help slow them down a bit. You can cut Mystic Vortex and an extra Nagakabouros for this.

Cosmic Binding: A Stun is very useful in this deck to slow down other Overwhelm archetypes that you are against 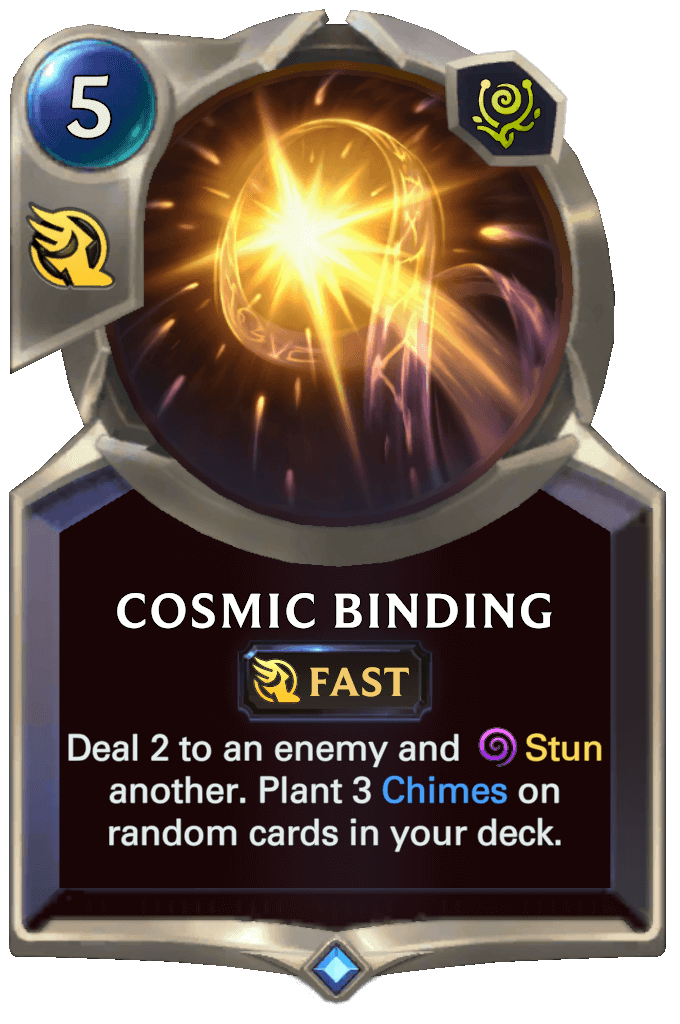 Hired Gun: A strong option to slow down the game a bit and force trades in your favor 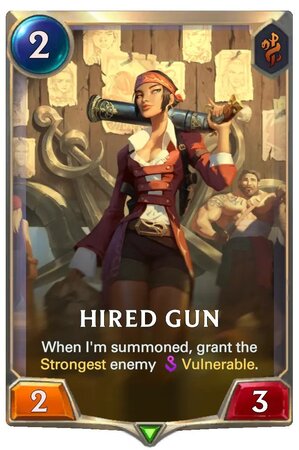 Pick a Card: If you are looking for more draw this might be the card for you! 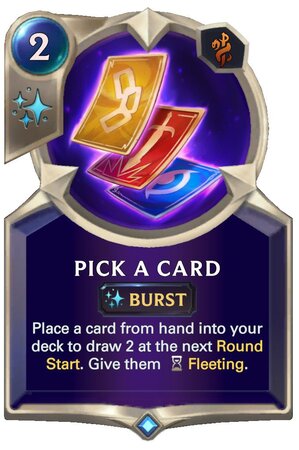 This deck is certainly a tier one deck, but it is solid enough to have a lot of great games with it! It is fun to play two of the new champs together where they have some synergies that work well together. Hope you have fun and enjoy the new expansion!