Our Thoughts on Zoe’s Reveal Package (Legends of Runeterra)

Hey guys, NicMakesPlays here, and today I am going to go over Zoe’s reveal and the other cards revealed along with her.

She’s the second new champion for Cosmic Creation so we can expect one more (rumored to be Riven), to come out during this reveal season. Here she is along with some other new Targon cards:

Be sure to also check out Swim’s impressions in the video below! 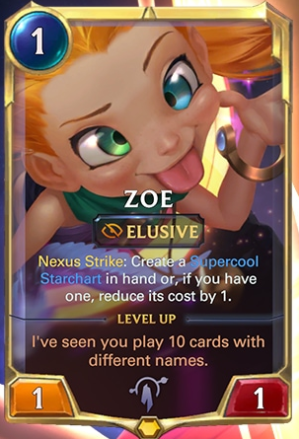 Zoe is mostly going to be used for her level 1 form.

With Zoe’s Nexus Strikes she adds a Supercool Starchart to your hand. Getting one strike in gives you an Invoke for later and is decent value for a one drop.

When combo’d with Viktor, Zoe creating a Supercool Starchart and the Invoke it creates is 2|8 for Viktor’s level up. If you also run Subpurrsible in that deck then Zoe, Supercool Starchart, and the Celestial count for 3 different cards.

Against most matchups Zoe can easily be removed, but if not, she has an extremely powerful level-up effect. 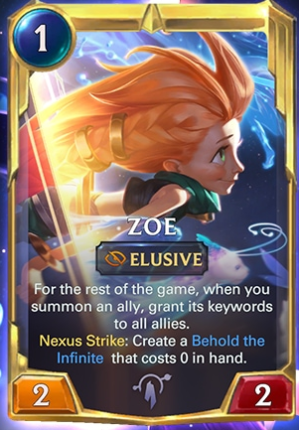 Zoe’s level up is also achievable in Viktor decks since they are so good at creating cards with different names, so they are a nice pair.

Overall, Zoe is a 1 mana card that can find value by Nexus Striking and threaten a win condition. 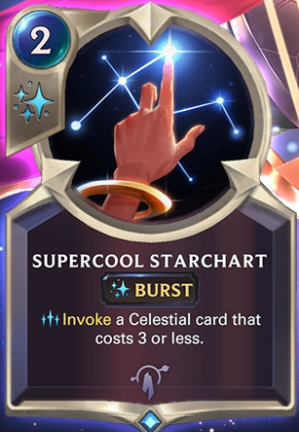 This card is essentially Spacey Sketcher in spell form. You can use this to invoke for cheap cost Celestials.

This card fits a role in Invoke decks, Viktor decks (for created cards), and can be used in Nightfall for a Nightfall activator. Overall this card is nice to have the option to have a more specific pool of Celestials to invoke. 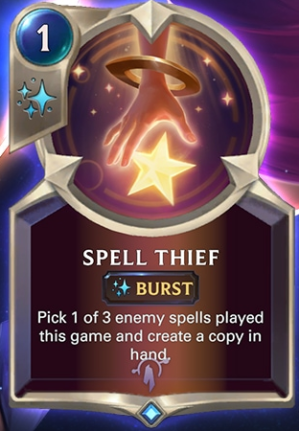 This card is extremely unique. One big perk of this card is how cheap it is, it only costs 1 mana and is also a Burst spell. In the right meta, this can take powerful cards such as The Harrowing and Feel the Rush.

During mid-game, this can also be used to take spells such as Ravenous Flock or Mystic Shot. This card is matchup dependent but gives a good toolbox of cards to pick from and helps you create more cards with different names. 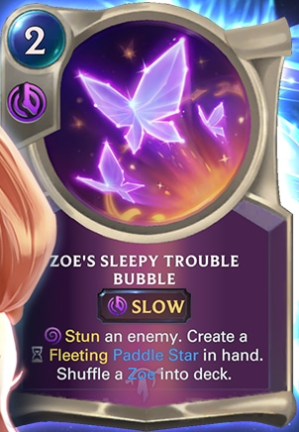 This card is a bit expensive but nice if you have the extra mana. You can use this to stun an enemy and deal 4 to it with the Paddle Star added to your hand.

The nice thing about this card is you can use the Paddle Star on a different enemy unit that attacks. The power in this card comes from its versatility where you can spread out which card you Stun and which card you deal damage to. 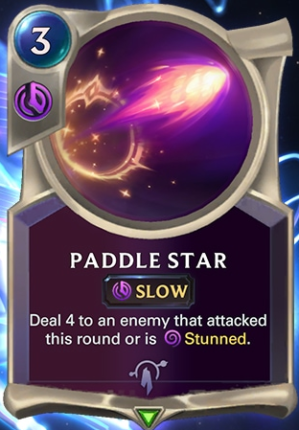 At first glance, this may look like a more expensive Ravenous Flock but it has its uses.

The first thing to notice is this card is in the Targon region, so it’s nice to have the option to play cards like this if you don’t have access to Ravenous flock.

This is one of the only cards in Targon that deals damage, which gives this card a unique role along with Sunburst as one of Targon’s only Removal spells. 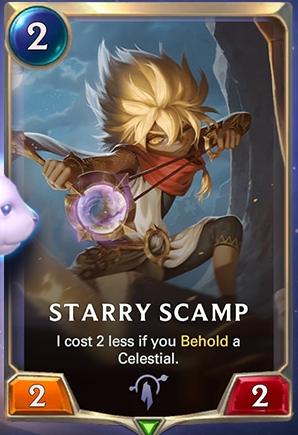 This card can be used to swarm the board and apply pressure as an Invoke deck.

One thing that is a drawback of Invoking is that you spend mana on things that don’t affect the board. For example, if you use Behold the Infinite then you are using 2 mana without affecting the board in the early game.

Starry Scamp can help make up for this by becoming 0 mana and allowing you to pressure the board while Invoking at the same time. 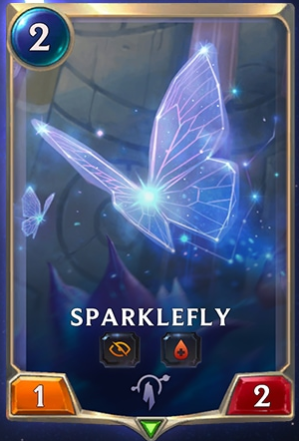 Sparklefly can be good because it has the strong combination of Elusive and Lifesteal.

In the past, Kinkou Lifeblade has been tier 1 from this keyword combination, and Sparklefly is two mana cheaper.