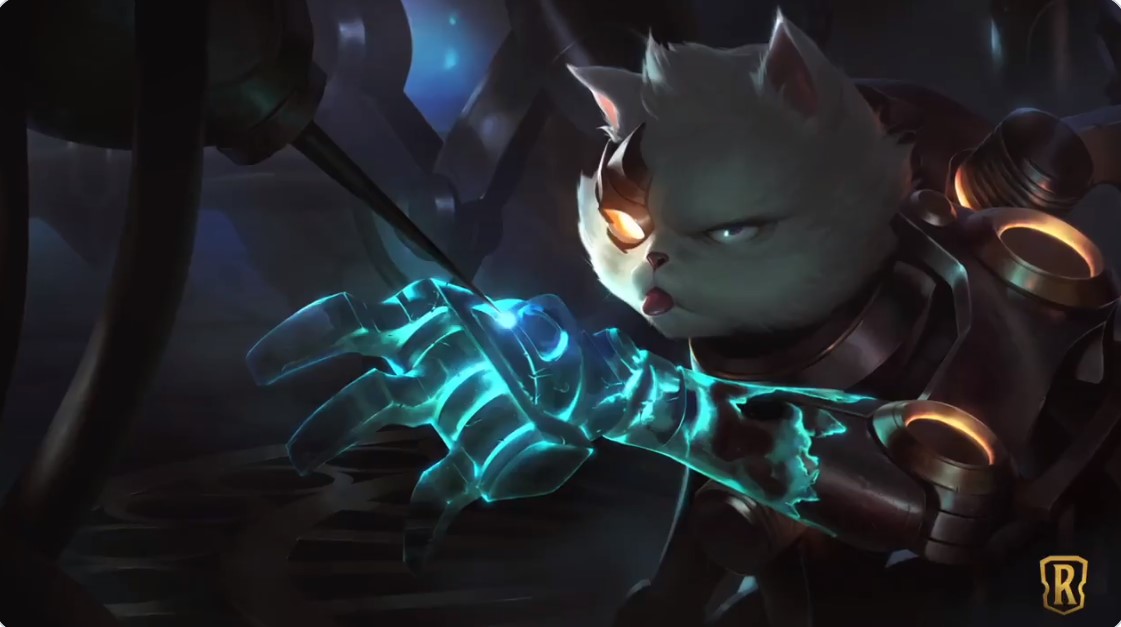 Our Thoughts on the Pre-Viktor Reveal Package (Legends of Runeterra)

Hey all, NicMakesPlays here, and today I’m going to go over the new cards revealed for Cosmic Creation, the new expansion for Legends of Runeterra!

Here are the new Piltover and Zaun cards:

For more impressions, check out this video by Swim!

First things first, there is a new keyword, Augment. If a unit has the Augment keyword, when you play a created card, it is granted +1|+0.

Now with that out of the way let’s move to the first card! 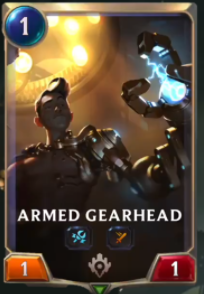 Armed Gearhead is a 1 mana 1|1 that has Augment and Quick Attack. This can be used if Viktor (revealed tomorrow) has synergy with Augment cards.

Since Armed Gearhead can be played on turn 1, his Augment ability can come into effect early and rack up pretty quickly. Another perk of this card is that it can give Quick Attack to Mystic Mime when she attacks. 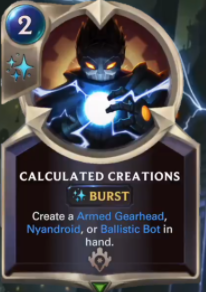 Calculated Creations is a 2 mana Burst spell that creates an Armed Gearhead, Nyandroid, or Ballistic Bot. This card can be used to activate your Augment units while also giving you another one.

Since this card is a bit expensive for what it does, this card’s playability will depend on Viktor and his level up to see if it’s worth running. 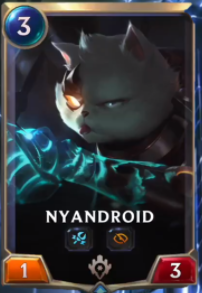 Nyandroid is a 3 mana 1|3 with Augment and Elusive. It comes into play as a 1| 3 which is weak, but if you can trigger its Augment enough, it becomes a huge Elusive threat.

The issue is that it relies on other cards and coming in as a 1| 3 it is already behind on tempo. If this card goes unanswered it’s amazing but there are a lot of ways to stop it from becoming a threat. 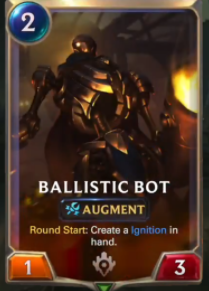 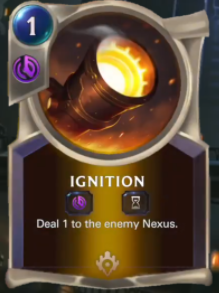 Ballistic Bot is a 2 mana 1|3 with Augment – on Round Start, it adds a Fleeting Ignition to your hand. This card is amazing because it generates you a created card each turn to trigger your Augment units.

This card can easily become a 2|3 or stronger with the Ignitions it generates so when you do decide to trade with it, it gets good value as a blocker. One of the best perks of this card is that it has multiple ways it can be played.

Overall, Ballistic Bot looks like it’s shaping up to be a staple in the Viktor deck, but also have tons of other possibilities. 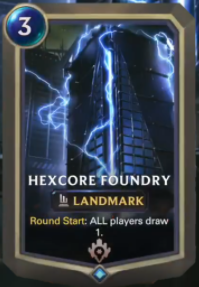 Hexcore Foundry is a 3 mana landmark that says “Round Start: ALL players draw one”. This is PnZ’s second Landmark to date.

It can be used in decks with Shrooms, Go Hard, and other unique decks from meme to combo.

Something interesting to note is that this card says “ALL” players draw 1. In the future with 2v2 and 2vboss modes, then all players would draw one. 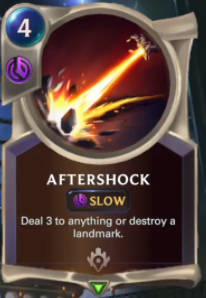 Aftershock is a 4 mana Slow spell that deals 3 to a unit, the nexus, or a landmark. This card is amazing in terms of versatility.

Being able to deal with a unit, go for lethal with face damage to the Nexus or remove a landmark allows it to be useful in almost every game.

This card is comparable to other cards such as Get Excited! and other removal spells.

Right now, in decks such as Draven Ezreal, they’d prefer to use other cards since landmarks aren’t big in the meta, but in the future, this card can definitely become popular when landmarks do.