As the person who’s played the most tournament Runeterra, it’s my pleasure to demystify the art of tournament lineup construction and share the process I use for figuring out what to play!

I spend most of my LoR playtime participating in grassroots tournaments, but I’m definitely in the minority on that! If you’re coming from the ladder or even gauntlet, then here are the main things to be prepared for when diving into tournament play:

An aside before we start:

The most important factor when constructing a lineup – if you take one thing away from this article, let it be this – is to bring three decks with a similar matchup spread against the top few meta contenders.

Every deck either wants to beat or ban other decks depending on whether their matchup with them is favored or unfavored, and your job is to pair decks together that have a cohesive idea of what to ban and what to farm.

An extremely common misconception is thinking that this means you should aim to have three of the same sort of deck, be it triple aggro, triple control, triple Demacia, etc.

The only thing that matters is the matchups. If you have a hyper control deck and a hyper aggro deck that have their good and bad matchups in common, they’re a perfect fit together.

In a best of three, having everything you bring be strong against a particular deck is a valuable strength, since that deck will struggle to find a win even with a ban. And since you need to win with each unbanned deck to win the set, it’s all about the weakest link.

Targeting comes in two forms: hard targeting and soft targeting. The former is when you go all in finding the most devastating possible matchups for one deck with little regard for your other matchups, and the latter is a less committal version where you simply try to be favored against your target.

For open tournaments, soft targeting is always preferred, since the field will bring a variety of decks, and even if one deck is a meta menace, you’ll have to play against opponents who decided not to bring it.

Inside a more insular environment where you have more information about your opposition, such as an invitational or a top32, hard targeting becomes a more viable strategy. A great example is 4LW’s Lee Sin hard target lineup (Ahri/Kennen + Tree + Soraka) from this week’s Fight Night.

That was a lot of speaking in generalities and heuristics, but how does all of this actually get put into practice? Let’s go step by step and build a lineup for this coming seasonal tournament!

As a first step, I usually start with a single deck that I enjoy playing or have been impressed with. For this season I’ve found Iceborn Spiders to be very powerful and quite fun to play. Knowing all of your matchups is paramount, so if you don’t know them then a good place to look is lor.mobalytics.gg/stats/archetypes if you have Mobalytics Plus.

Taking a look at the matchup table, Iceborn Spiders is fairly well-rounded but definitely would prefer to ban Pantheon, Poros, Lee, and Viego. Leaving up Ahri/Kennen and banning Pantheon is a fairly specific requirement to meet for other decks, but Scouts fits the bill perfectly. Naturally, the matchup tables aren’t identical, but the important features of hard losing and hard winning matchups line up, making for a great fit.

Here we’ve reached the ubiquitous situation of having a very promising lineup consisting of only two decks. In reality, there are usually tens of viable options to run as the third and you’ll need to make a choice where there isn’t a clear answer.

For our example, the candidates I’d consider are Darkness, Poros, Thralls, Xerath/Zilean, Ahri/Kennen, and Nami/TF. The two core facets of the lineup up to this point have been to leave Ahri up and ban Pantheon, but the two decks we have so far also boast strong win rates against SI control of both SI/FR and Darkness varieties.

If you have time to practice with a partner or team before the event, I’d recommend test-driving candidate third decks into the decks you expect to be left up and nail down specific card choices at this stage.

My testing showed that even though it had a low sample size, Nami/TF had exactly the characteristics I was looking for: Bad against Pantheon, passable against the common aggressive Ahri counters, and good against SI control and Ahri. 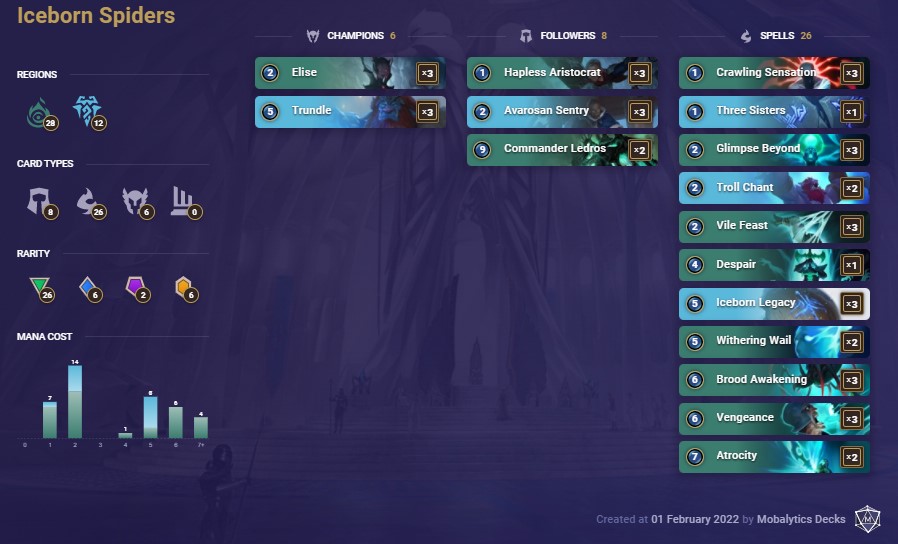 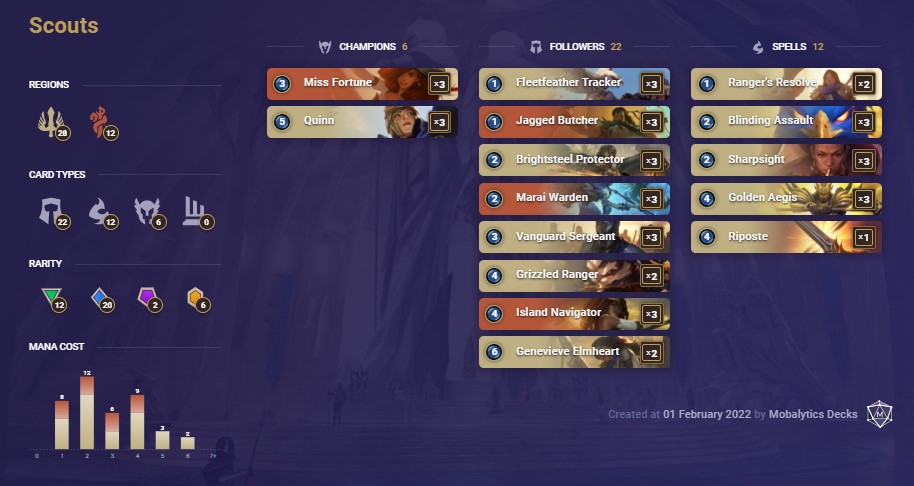 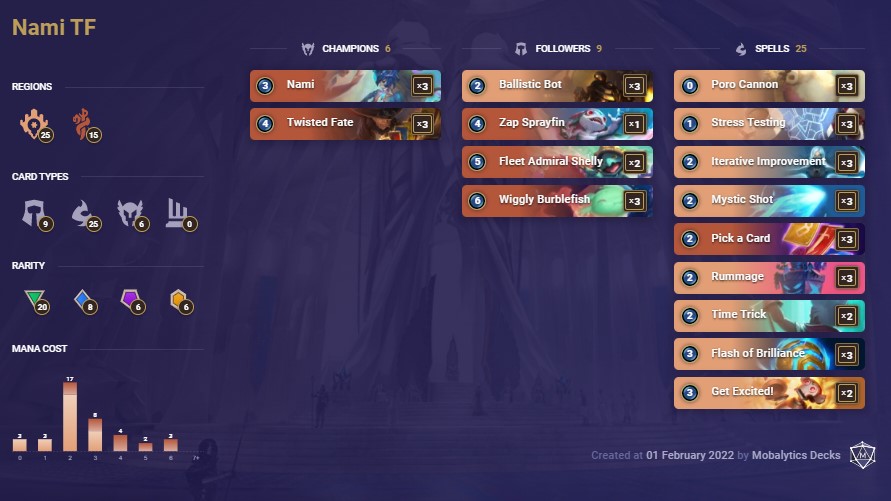 Building a cohesive lineup with a plan for what to target and ban takes a bit of preparatory effort, but it’ll certainly help you win more matches.

When facing the three current strongest decks, if you’re soft targeting two of them and banning the third, then you can be heavily favored even with decks on a much lower power level than your opponent’s.

Defeating opponents in pick ban before you even get into the game is the goal, and this method will help achieve exactly that!