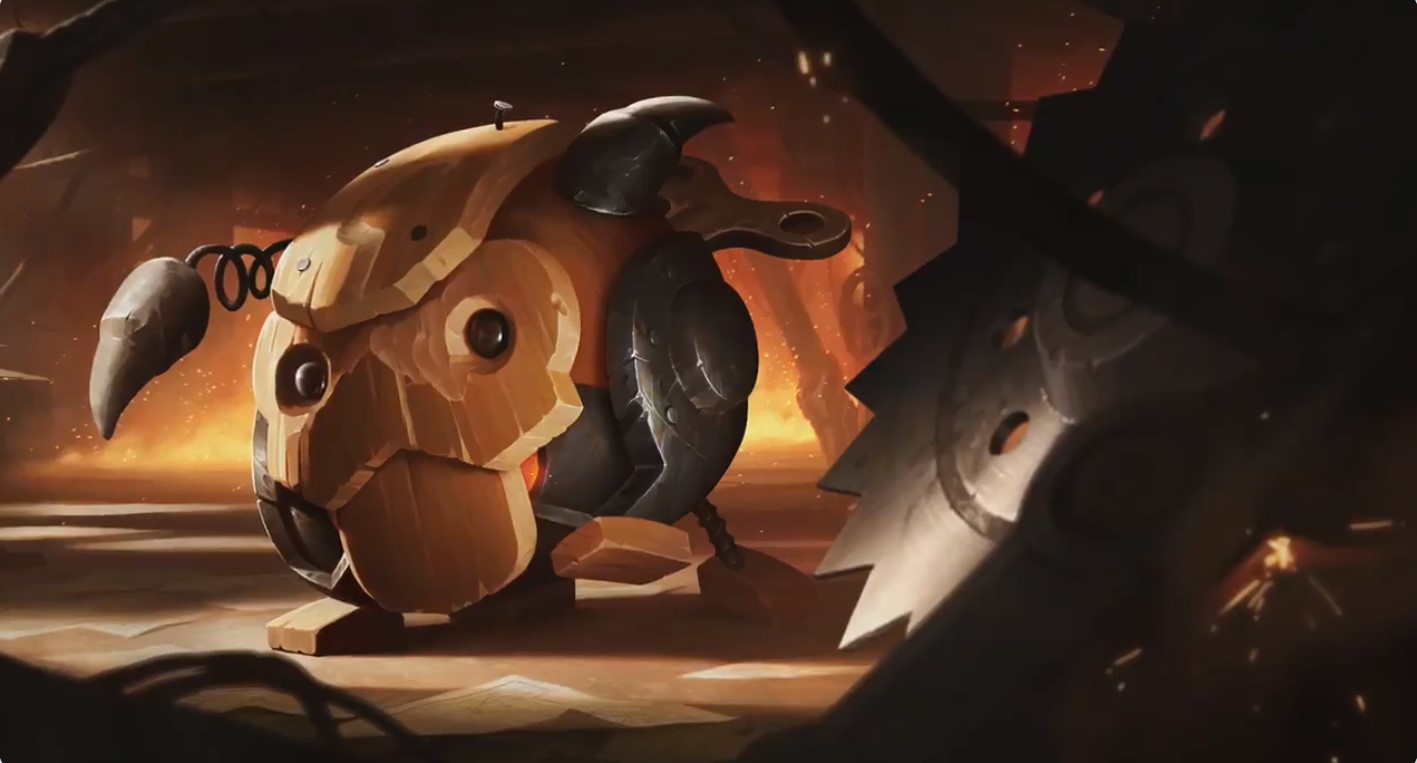 New cards have been revealed for Piltover/Zaun and Ionia for the upcoming 2nd phase of CoTM!

In this article, our Glimpse Beyond expert, Kuvira, gives his first impressions on the new cards. 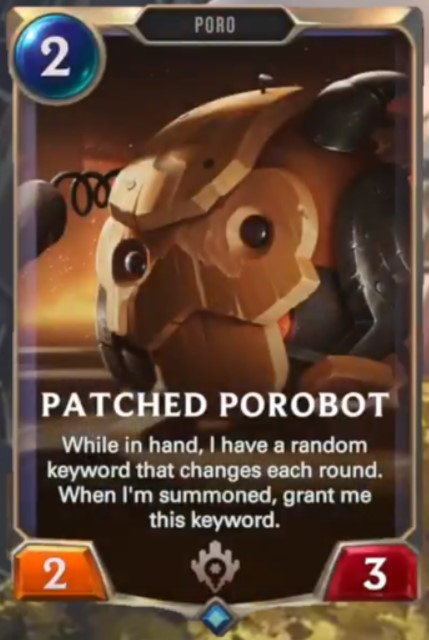 With Patched Porobot, PnZ gets a new Poro card on top of already having the best 1 drop Poro, Daring Poro. Patched Porobot has great vanilla stats being a 2|3 for 2 mana. Using Poro Snax buffs this card to a 3|4 for 2 in addition to the generated keyword.

This card gets a random keyword the turn you draw it but switches keywords every turn in your hand. Out of all the keywords, Elusive is the one you should be looking for, followed by Challenger, Quick Attack, or Overwhelm depending on the board state.

Lifesteal can also come in handy if we’re low on health or if vs aggro matchups. Patched Porobot can fit right in a deck like this one: 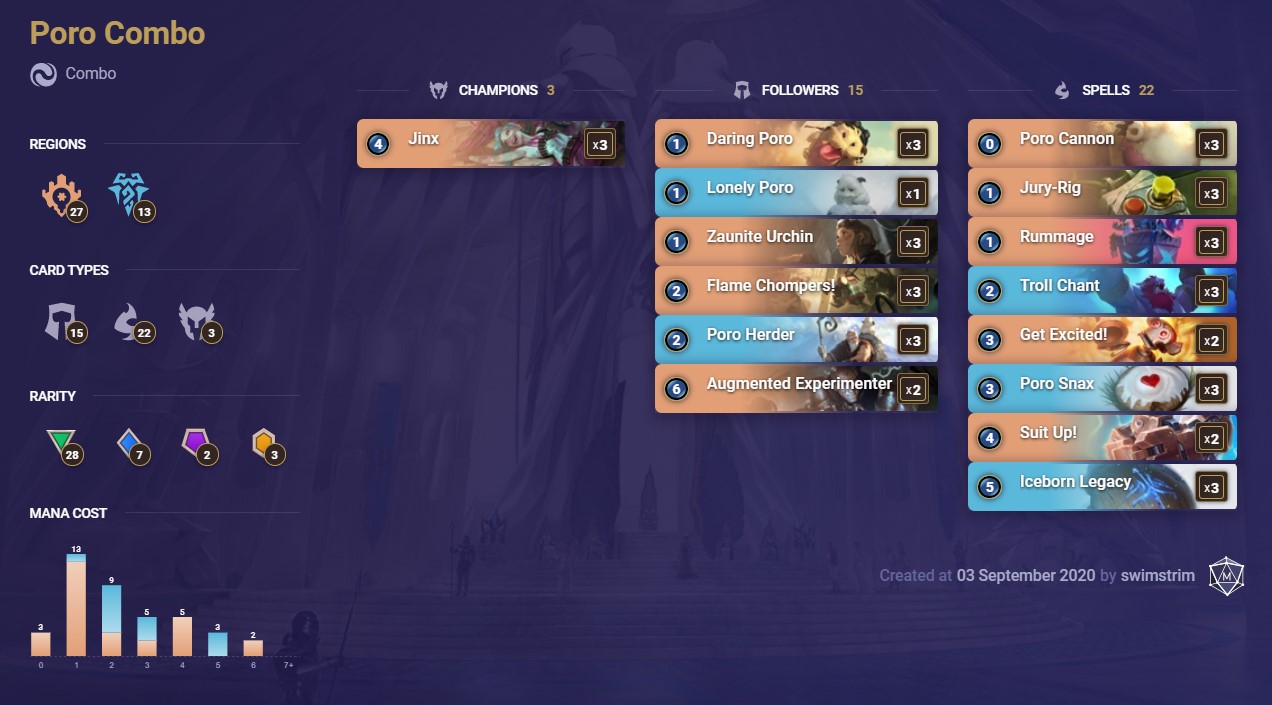 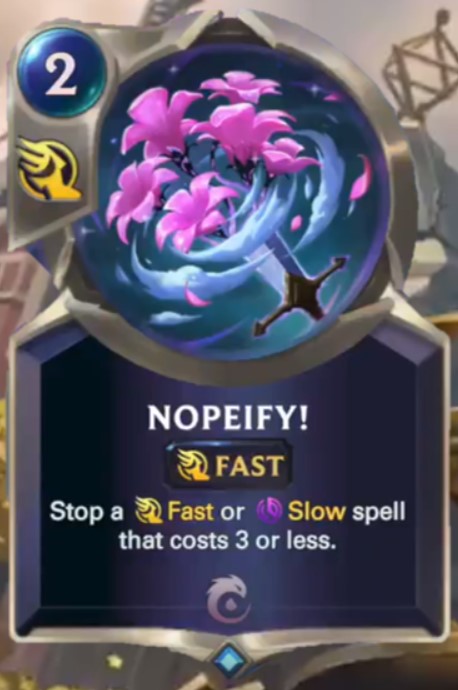 Nopeify! is the new pseudo Deny card from Ionia. It’s a 2-mana fast spell that denies Slow and Fast spells that cost 3 or less.

This does not include skills from units like Arachnoid Sentry and Commander Ledros. It also cannot be used to deny a Deny.

Let’s break this down further:

It can also be used to deny Ravenous Flock but Guiding Touch usually does the same for the same amount of mana without losing flexibility.

This card is overall pretty weak and less flexible compared to Deny since it cannot stop skills and cards like Decimate versus aggro or Vengeance/Warmother’s Call/Concerted Strike versus Control. 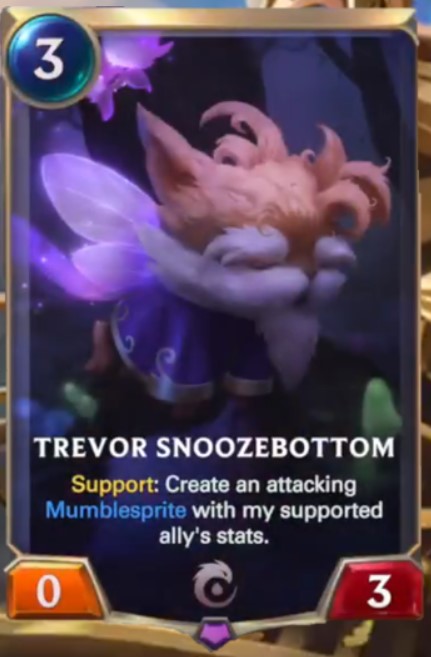 Trevor Snoozebottom is a new 3 mana Support card from Ionia. It creates a 3 mana 1|1 Ephemeral Elusive that copies the supported ally’s stats.

For example, if this card attacks supporting a 5/3 Elusive or non-Elusive unit, it will create an attacking 5|3 Ephemeral/Elusive Mumblesprite. 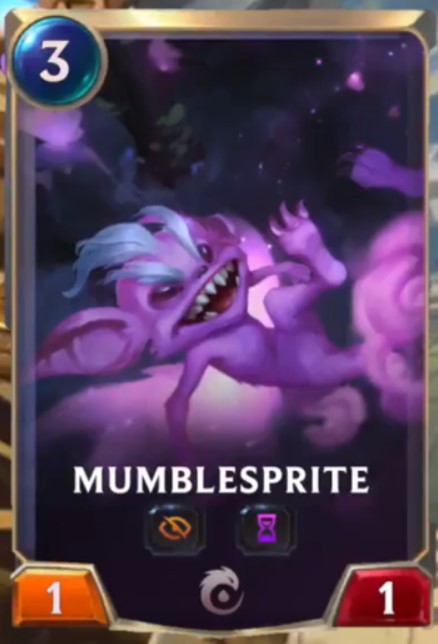 Despite the weak statline, 0/3 for 3 mana, this card can push a lot of damage face and can be considered as a great finisher. It synergizes well with Relentless Pursuit in Lulu Demacia decks, and also looks promising when paired with Targon cards like Mountain Sojourners, Mentor of the Stones, and protective spells like Bastion and Pale Cascade.

This card synergizes perfectly with Sonic wave, challenging a weak unit to protect it while giving +2 attack to the Supported ally, and the created elusive Mumblesprite generates a lot of value.

Overall, Trevor Snoozebottom is a great aggro card while also fitting in control decks as a finisher. Alas, Hush heavily counters this card so keep that in mind.

The University of Piltover 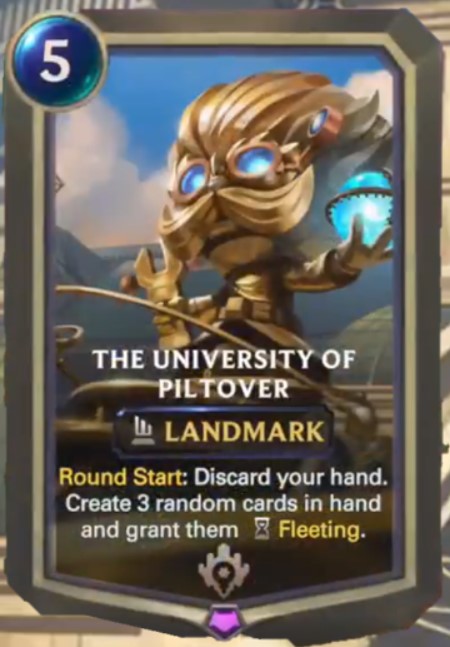 The University of Piltover is a really cool meme card. It generates 3 random Fleeting cards from any of the 8 regions after discarding your whole hand each turn.

Even though it curves well with Jinx on 4 and effectively levels Jinx on turn 6, discarding your whole hand after generating 3 random cards on top of the 2 cards you’re drawing from Jinx generally won’t be possible.

If Divergent Paths destroys The University of Piltover, you’ll be left with no hand at all after turn 6.

Because of possibilities like this from cards that can destroy landmarks, this card will likely see no competitive play whatsoever but will result in some hilarious unexpected moments.