Today’s reveal has gone hard on the idea that if you find yourself weaponless that is more from a lack of imagination than a lack of pointy objects lying around.

I’m Jordan “WhatAmI” Abronson and we’ve got all the improvised weapons you could ever want to jam with in your own personal bar room brawl.

Keep in mind as we go through these that none of them have a rarity icon. That means that this powerful new equipment will be generatable only and not capable of being slotted into the main deck.

This will gatekeep their abilities somewhat based on how we get access to them. However, as long as there are reliable and relatively low resource costing ways to pull these into our hand then they will get to see quite a bit of play and figuring out cool ways to use them will be a big deal. 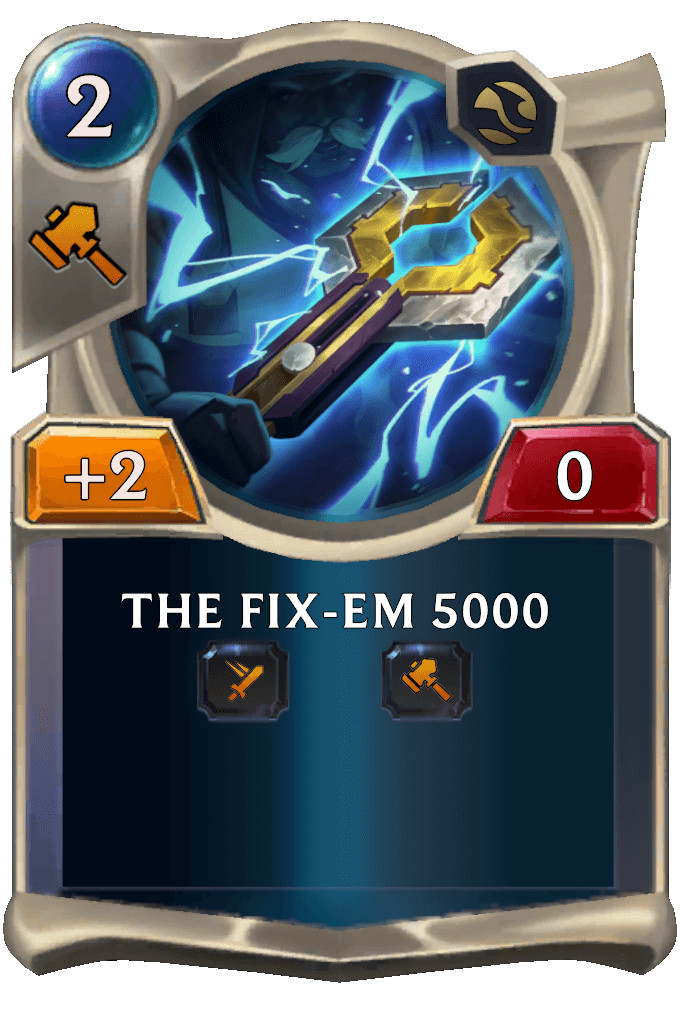 Quick attack is a powerful modifier to add to any card that wants to be tempo oriented or gets value from striking. Think of the difference between where Leblanc is now with this powerful keyword and how useless she would be if it were taken away.

You’ll be looking to pick up this improvisation when you have a challenger unit or something on the order of Rivershaper and Ruin Runner in play. Anyone that loved benefiting from Young Witch will enjoy this now non-pingable addition to that particular family of card type. 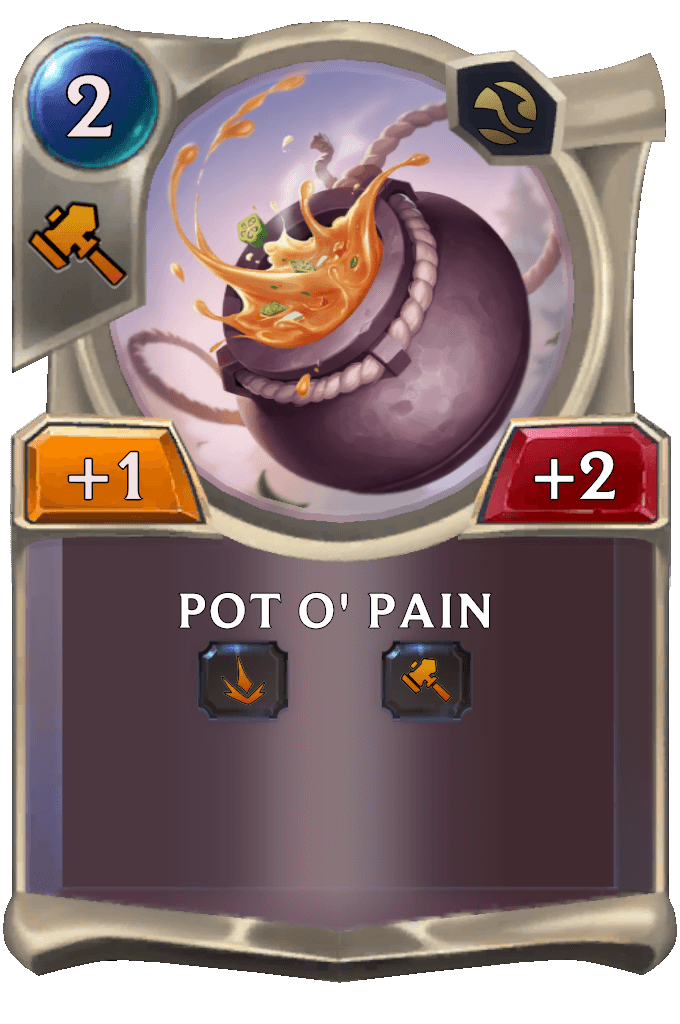 Next on our list is rather inherently less exciting. Impact is not a particularly transformative keyword here. I suspect this card will be chosen more often when you miss what you actually want and settle for some random stats to help win the board for your team.

On the other hand, this existing in the improvise pool is a big deal. Every single point of damage counts and the difference between access to a tiny bit of burn and access to no burn can drastically affect how an opponent has to play the entire game against your archetype. 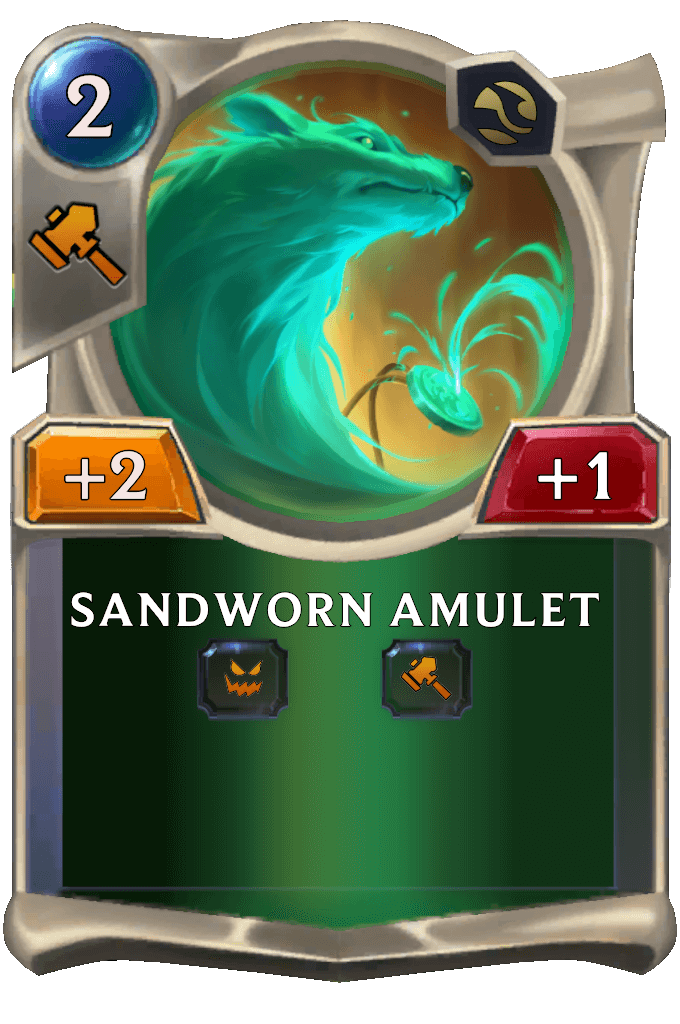 Speaking of transformative this one is a doozy. In the right situations Fearsome is the next best thing to Elusive. This will be highly meta and matchup specific, but when it hits it will push an absolutely ludicrous amount of damage on an unprepared opponent. 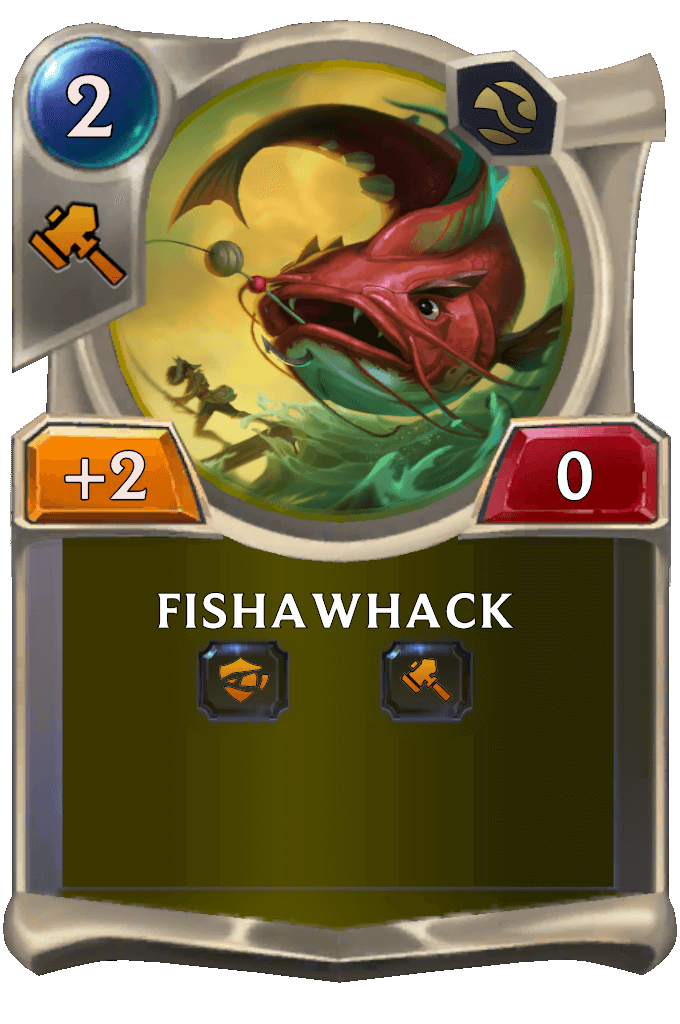 Having the ability to slap overwhelm on a powerful unit for the low cost of two mana is a pretty powerful thing to add to this archetype. Fishawack will probably be your default game ender when boards stall out and you need to find a brute force solution.

It’s low on both stats and interaction though, so I suspect it will get taken slightly less often than the high power of the overwhelm keyword would default us to thinking. Again, like Pot O’ Pain, this game ending potential will force your opponent to play more conservatively around their life total, which this archetype will love. 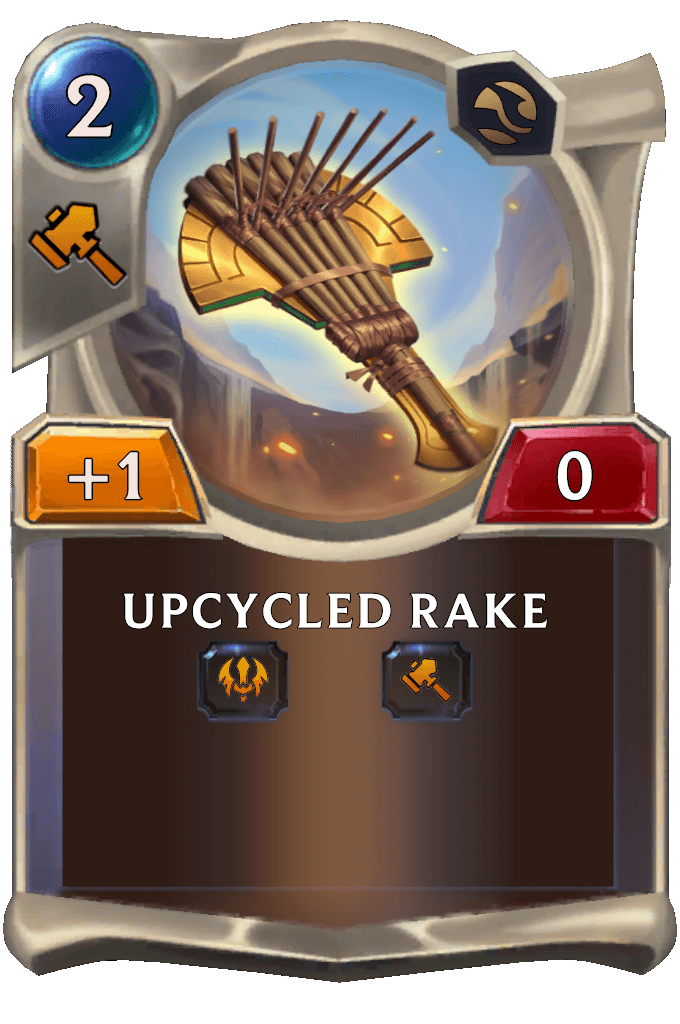 Yeah, this one is almost inevitably going to cause problems. Any time you allow a multiplicative effect like scout, double attack, or Lee Sin, into a game that is additive by default, it’s going to be crazy powerful. Look for this to dominate if there is any way at all to get access to it consistently. 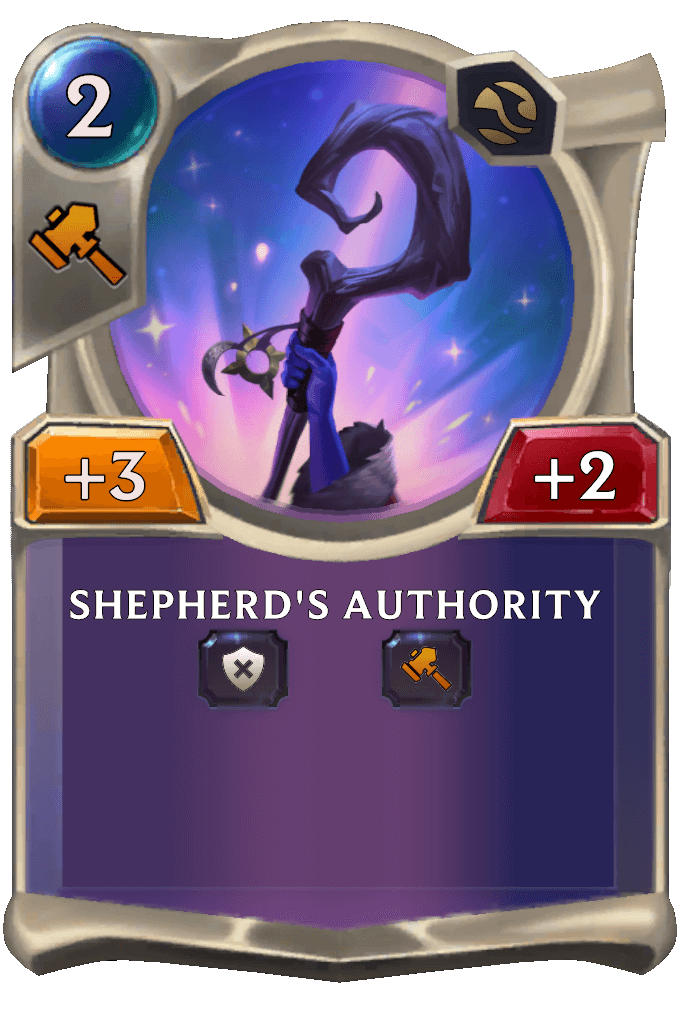 And here we have the runt of the litter, which is amusing because it’s the biggest on the list. I guess if you already have a large Overwhelm or Elusive unit it can be nice, maybe? But just spamming a bunch of stats and deciding not to block does not seem to be on the power level of the other options we’ve been given. 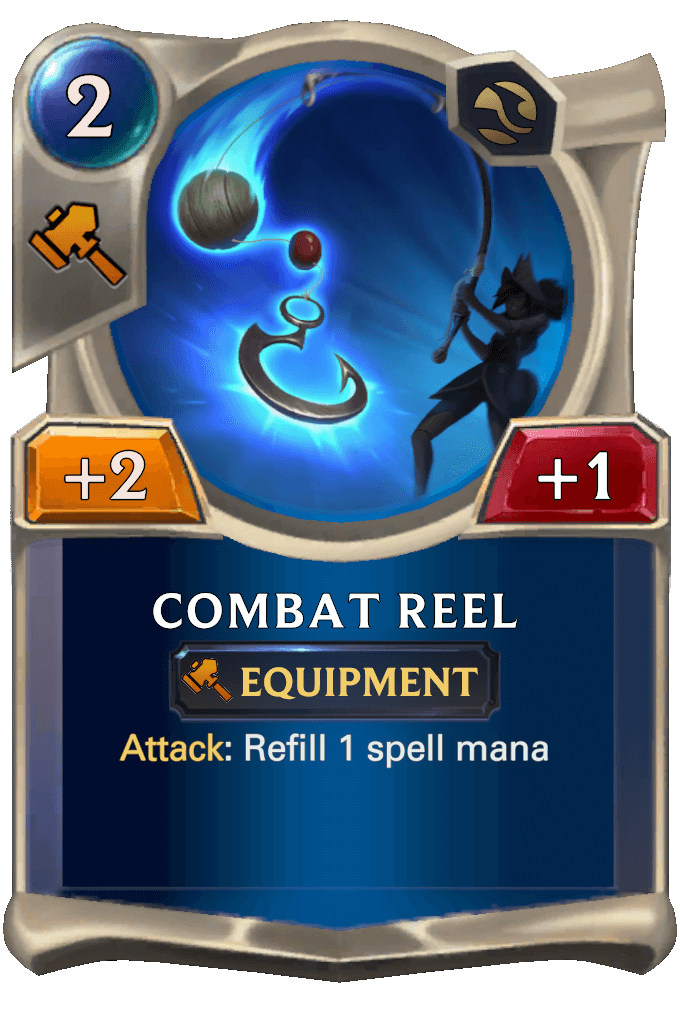 This one I love though. I suspect combat reel will be a pick you are happy to go for when you aren’t sure exactly what you need, or when it is proving a touch hard to track down. Win the board, refill mana, set up any other synergies you’re looking for. This card is a master of no trades, but as a jack of them all it does just fine. 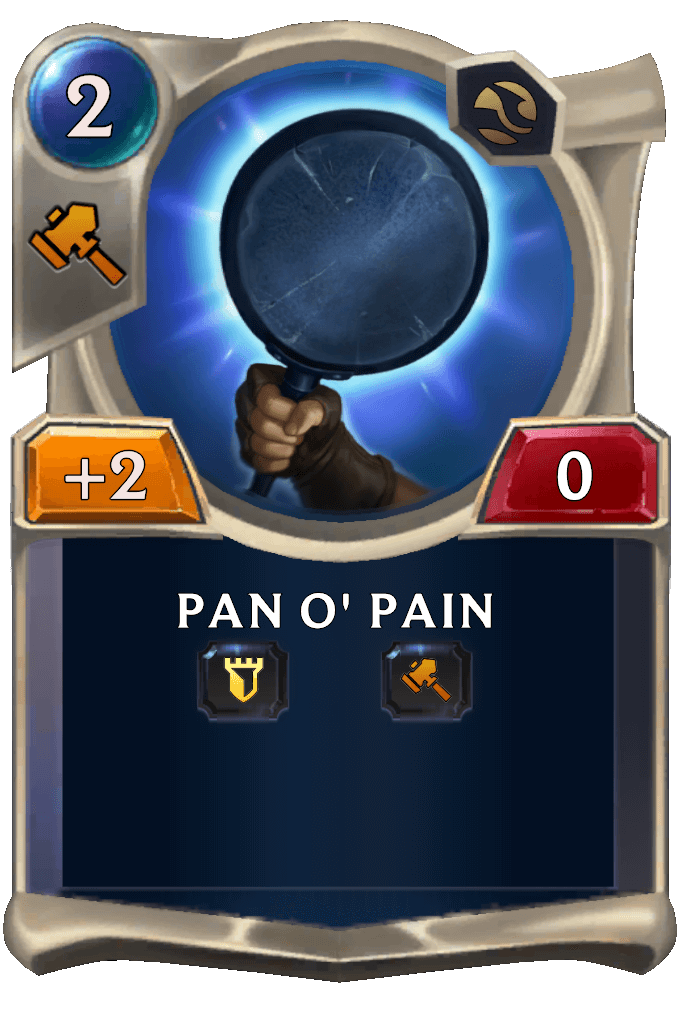 You’ll take this option extremely rarely, but when you do it will be huge. There are some matchups where the ability to randomly ignore pings will just completely flip them on their head.

Having the ability to just completely give Noxus or early game Freljord/Shadow Isles control the finger is quite powerful. This pick will get slept on, but its existence will do more for the power level of the Improvise archetype than people will give it credit for.

Fireth, Reaper of the Sands 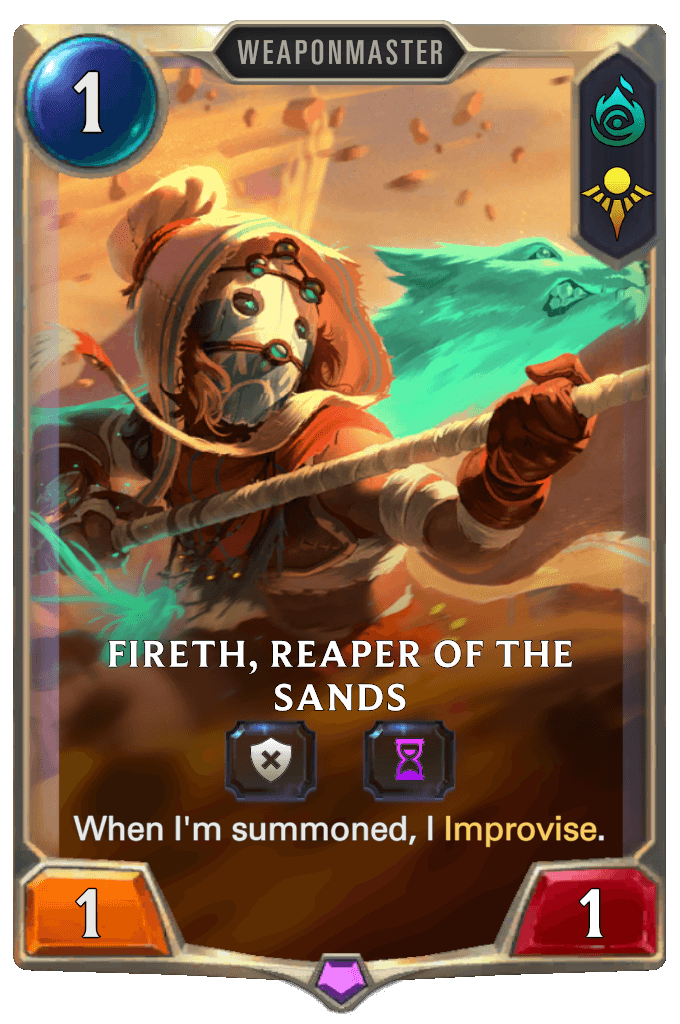 So, for the low cost of one mana, we get one of these powerful effects and a body to sacrifice? Sold. Sold instantly and sealed so there are no take-backs. This is an unassuming little friend who I suspect will engender cries of rage within a week of release. Looking forward to brewing with it. 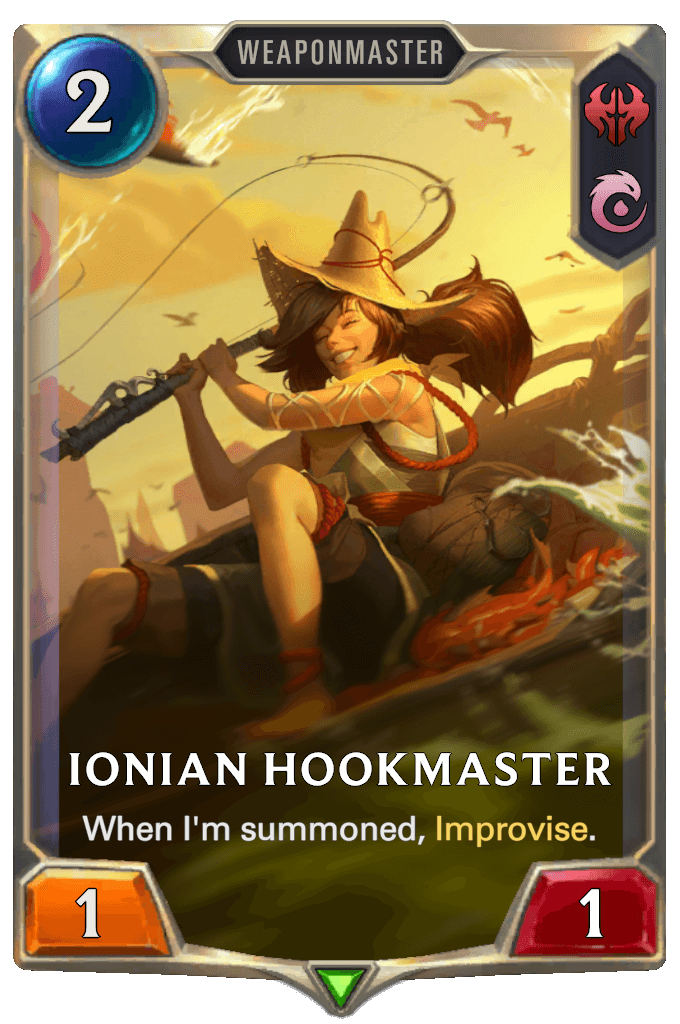 This is our second low cost opportunity to get our improvisation on. That said, two mana is a lot more than one, and spending your turn two not doing anything is a really good way to fall behind on tempo. That’s a dangerous thing to do in a game that is as fast as Runeterras has become lately.

I do think however that the price will likely be worth the payoff in this case. The available options here including giving whatever unit you want Scout of all things for the rest of the game probably make this card playable in the right archetype.