How to Lane Against Hook Champions (Thresh, Blitzcrank, Pyke, Nautilus)

How to Lane Versus Hook Champions (Thresh, Blitzcrank, Pyke, Nautilus)

Hook champions in League of Legends are powerful. When paired with an equally aggressive ADC, it can be one of the most frustrating and challenging lanes to play in the game.

When laning against a Hook champion, you need to give yourself the best possible chance of not dying, not falling behind and not giving the enemy a significant lead.

In this Mobalytics guide, we will break down several tips and tricks to help you lane against Hook champions such as Blitzcrank, Thresh, Pyke and Nautilus.

Some of the suggestions we break down in this guide will work into matchups like Morgana, Leona and Zyra!

If you’re interested in learning how to play as any of those champions, or want to improve at League of Legends, sign up to Mobalytics for more tips to improve your climb!

How to Lane Against Hook Champions

Hitting level 2 first is very important versus strong all-in and hook champions. While they can play aggressive at level 1, usually, the enemy will not go for an aggressive play unless you’re severely mispositioned. This is because they lack damage or may have no real follow-up at level 1.

By hitting level 2 first, you may be able to:

To hit level 2 first, you need to kill the first nine minions before the enemy does. This includes the first minion wave followed by the three melee minions on the second wave. Killing three other minions (such as two melee and one ranged) will not give you the level up: it is essential that you kill the melee minions.

If you cannot play aggressive at level 2, you can always zone the enemy away from the wave or reposition to delay their level 2: just make sure you’re positioned correctly so they cannot hook you. If you want to learn more about trading and abusing the enemy, check out our guide on retaliation trading in LoL!

The best way of countering hook champions is by constantly watching your positioning in the lane. Being constantly aware of the enemies positioning and yours will dramatically increase your survivability. 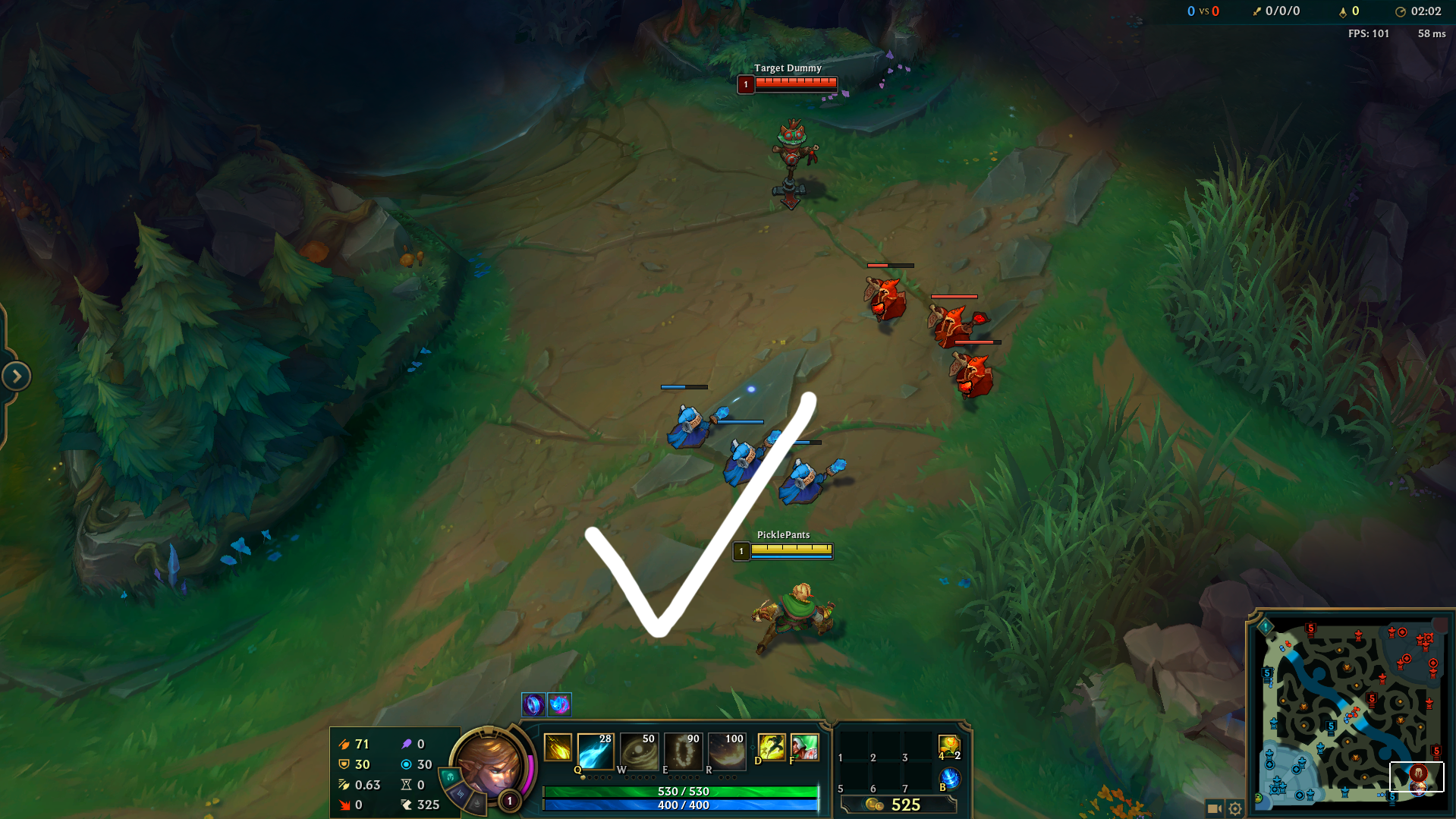 Secondly, there should be minions between you and the enemy when you’re stood on opposite sides of the lane. Minions block hooks, so making sure you’re always behind one will make it impossible for them to hit you too.

Try your hardest to ensure a minion is between you and the enemy, so they can take the hook and not you!!!

A good Support, especially a Hooker like Blitzcrank, will constantly pivot and move around the lane to get a clear sight on you. You need to reduce his chances of landing a hook by ensuring you’re moving around the lane to make sure there is a minion in between you and them. 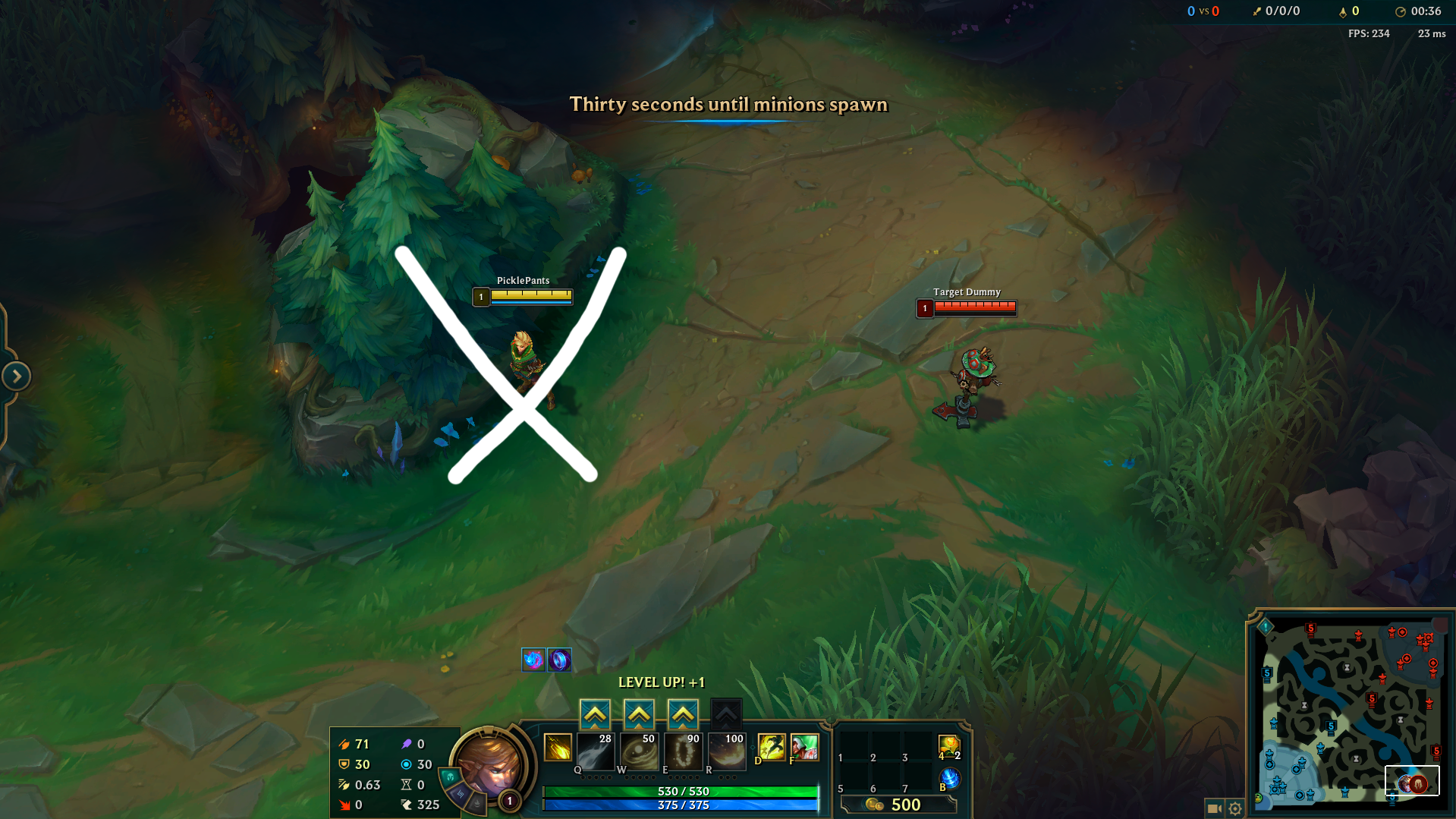 Similarly, you should try to avoid standing near the walls in the bottom lane. It is better to stand more in the open because you have more room to reposition. When you’re close to a wall, you’re limited to which way you can run to dodge their hook. This could make it easier for them to land their Q.

By standing on the opposite side of the lane and behind a minion and away from the wall, you have more options to help you dodge the hook, and it will be harder for them to predict your movements and pull you in. For more tips to help with positioning in lane, check out our easy to follow Support positioning guide.

Use your range advantage

Most aggressive Supports cannot play aggressive when they are on low HP. When you’re laning against a melee champion like Pyke or Blitzcrank, use your range advantage to harass them down and get them low.

When you do harass the enemy, try your hardest to avoid tanking a lot of minion agro because they will make the trade less effective as you’ll take a lot of additional damage in return. What you can do is walk backwards and out of range or run into the bushes to drop minion aggro. I would also suggest not trying to harass too much (with autos, at least) when there is a cannon minion in the lane because they deal a lot of damage.

When playing a champion with a dash or movement tools like Ezreal, Lucian, Kai’Sa or Caitlyn, you have to be careful when using your dodge tool throughout the laning phase. While this ability is on cooldown, you’re pretty vulnerable to a hook, and you have to rely on you getting out of the way of the hook.

I recommend saving these tools and limiting them to trade with unless the enemy is out of mana or has recently blown their hook. This will heavily increase your chances of surviving. These tools will save your life, so you should hold on to them and only use them aggressively when you know you’re not in immediate danger.

For more tips and tricks to help you climb, check out Mobalytics!