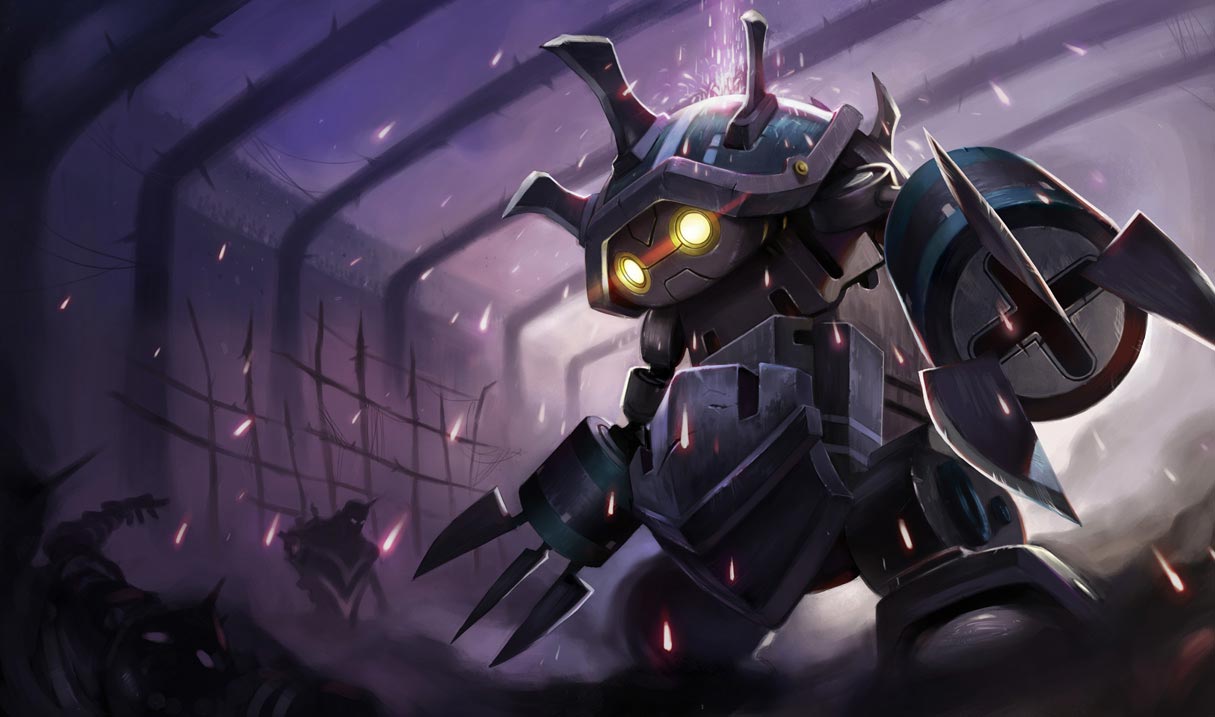 The Best League of Legends Champions for Beginners (8 Recommendations)

Whether you’re new to LoL, a returning player, or want to go back to basics, you may be interested in knowing what some of the easiest champions to play and master in League of Legends are.

In this Mobalytics guide by PicklePants, we will break down some of the most accessible champions to learn on Summoners Rift. This guide’s intention isn’t to be a tier list, but instead suggest some champions who are easier to learn in comparison to others.

You may disagree with some of the recommendations in this guide, or you may think we should’ve included somebody else instead. That’s fine, after all, each champion’s difficulty is subjective as some players may find Yasuo easy whereas others struggle with him.

What is an “easy champion”

The term “easy” is a very loose one. Some players find some aspects of the game and some champion mechanics easier than others. In this guide, we determine an “easy champion” as someone who has a simple kit, requires few games to “master”, and whose mechanics and playstyle can be translated to other champions with ease.

Some champions have specific mechanics or play styles that do not transition well into other champions. For example, while Draven is like many other ADC’s, he has a specific mechanic (the Axe mechanic) that makes him hard to play.

Pantheon/ Sett Support is another prime example. Both have a very different playstyle and have to be hyper-aggressive at level 1: something most Supports cannot match or try to do. Their playstyles do not transition well to somebody like a Janna or Brand.

Why should you play “easy” champions in League of Legends?

When learning anything in life, it’s better to start with the basics rather than jumping in at the deep end. With swimming, you don’t dive into 30-foot deep water before you know how to swim. When learning to code, everyone starts with “hello world” and they’re not expected to create the next big thing.

These real-life scenarios are great examples and relate very well to League of Legends. When learning anything in the game, it’s better to build your way up and learn things bit by bit. Each champion we’ve listed in this guide will help you learn some of the basics in the game including laning, trading, farming, playing safe, playing aggressive, and a lot more.

I know how much you love the look of Draven or Riven- like hey, who doesn’t, but when you want to learn a new role, learn a new skill or focus on something in particular, it’s best to work with something simple to begin with before moving forward. Anyway, let’s move on to 8 of the easiest champions to play in League of Legends. We’ve gone ahead and broken down each champion’s abilities too if you want to pick them up and give them a go.

Take note that the ability rundown is rather basic. If you want to check out a more in-depth version- head over to our champion page section. Shout outs to LS, Annie is known as one of the easiest champions to climb with and for good measure. She is, mechanically, an incredibly simple champion which will allow you to focus more on trading patterns, wave management and macro.

All of these things will help you improve as a Mid laner as a whole. She forces you to focus more on the little things that many players overlook. Rather than focusing on mechanics as most Mid laner do. Annie takes things back a step and makes you focus on anything but mechanics.

Learn more about Annie including her builds, runes, and some helpful tips with our Annie champion page. Ashe is one of the first champions most summoners will play when creating a League of Legends account. She is a very simple marksman with a very straight forward kit. She has long-ranged poke with her Volley, an Ultimate that can be used aggressively or defensively and tools to help her survive the laning phase.

Ashe is also a really cheap champion. Coming in at only 450 Blue Essence, she is in the bracket of low-cost champions: making her an ideal first champion if you want to learn the ADC role.

Learn more about Ashe including her builds, runes, and some helpful tips with our Ashe champion page. Caitlyn has an incredibly long range that allows her to deal damage from afar, making her a safe ADC for new players. In addition to her long-range, she has an escape tool with her 90 Caliber Net which will help her escape sticky situations and get out of bad trades.

Her gameplay is very similar to most ADC’s and learning her will help you improve in a variety of aspects including trading stance, harassing, kiting and team fights.

Learn more about Caitlyn including her builds, runes, and some helpful tips with our Caitlyn champion page.

Darius is one of the more expensive champions on our list, but he is a great champion for beginners as he helps players learn how to trade and abuse cooldowns.

Darius is a non-forgiving champion who relies on trading in the early game. This is good for players who are new to the game as it can help them get an understanding of their limitations and learn what they can and can’t achieve.

His playstyle is very similar to a lot of bruisers: allowing players to transition to other champions in the Top lane with ease.

Learn more about Darius including his builds, runes, and some helpful tips with our Darius champion page.

Garen is a very simplistic champion with no skill shots. If aiming at things isn’t your forte, then Garen may be for you. Coming in at 450 Blue Essence, he is in the same bracket with Ashe, making him an excellent choice for players starting the game.

Garen is a grand champion in many ways and can help you understand the fundamentals of Top lane. His kit also transitions well into many other bruiser champions in the Top lane like Renekton and Darius too.

Learn more about Garen including his builds, runes, and some helpful tips with our Garen champion page. Malphite is one of the most straight forward champions in the game. The only hard part about him is his Ultimate. Malphite teaches players how to lane effectively in difficult matchups and how not to fall behind.

It’s no secret that Malphite isn’t very strong early, but learning how to play around his weaknesses will help you as a whole. Malphite doesn’t really come online until level 6 and he rewards players who do not die on him.

Malphite can teach a lot of players how to team fight too. Learning when it’s important to split up from your team and split push or group with them and fight is crucial when you want to learn the game.

Learn more about Malphite including his builds, runes and some helpful tips with our Malphite champion page. Maokai is another tank on our list. He is very simple with limited mechanics which is perfect for newcomers to the game. He is a tank with built in sustain thanks to his Passive. The extra health will help you survive during the laning phase.

Maokai is similar to Malphite as his Ultimate is a great tool in team fights which can catch enemies out of position with ease.

Maokai also has point and click CC with his W which makes getting on to key targets relatively easy.

Learn more about Maokai including his builds, runes and some helpful tips with our Maokai champion page. Rammus is the first Jungler on our list and for good measure. The Jungle role is probably the hardest role in the game, and there are a variety of champions who can be played there.

For this and many other reasons, your best bet to get a good grasp on how to jungle is by playing somebody with a basic kit to get started with. This makes Rammus an ideal pick when learning to jungle.

He is straightforward and easy to gank with thanks to the point and click CC on his E. While learning Rammus is easy, he will also teach you how to effectively clear the jungle, learn how to avoid wards and gank lanes.

Learn more about Rammus including his builds, runes and some helpful tips with our Rammus champion page.

Another good option for beginners

If you want to learn more about League of Legends and improve at the game, check out our friends from GamerzClass.com. GamerzClass offers online classes with the best pros in the world to teach you how to play like a challenger-level player. Check out their courses with Jensen, Forg1ven, Soaz, and more to get instant access and improve your LoL skills.

And that’s about it for this guide. We’ve gone ahead and discussed some easy to learn champions that will help you master or improve at some of the basic in-game concepts. Try some of these out in bot games and in normals before moving on to harder champions.