Attack Move: How to Orb Walk in League of Legends

The Beginner’s Guide to Orb Walking

Learning to attack move like a pro is one of the best in-game concepts you can learn as a player. No matter what role you play, orb walking is something that everyone should learn how to perfect.

In this Mobalytics guide, we’re going to teach you how to orb walk in a simple manner that will help you master this in-game mechanic.

Please note that this guide will only cover the basics and is not an in-depth guide. This guide is aimed towards beginners and players who want to learn the pure basics of orb walking.

Orb walking is where you auto-attack a target but cancel or finish the animation early by entering a new command that interrupts it. Every command has a start, an active and a finish- we’ve just made up these terms, but it gives you an idea of how orb walking is achieved.

When you issue a new command, any previous command will end. For example, if you’re standing still and walk to a new position, the start command would be your first positioning. The active command would you be moving, and the finish would be where you stopped. Every command overlaps to some extent with a previous command and a future command, and this is how orb walking is achieved.

By ending the finishing command early through issuing a new command, you can cut out a small but noticeable downtime in between actions. In this case, the active is an auto attack, and when the damage leaves the champion.

Using the above analogy, how to orb walk is pretty simple. As soon as the projectile leaves your champion, issue a new command with your right mouse button. This prevents the finishing part of the command and allows you to kite, stutter-step, and orb walk more effectively.

For example, your keyboard entries may be: X (auto-attack) > right mouse button away from target > X (auto-attack). You then reissue the next command as soon as your auto-attack is ready again and rinse and repeat. It’s that simple.

You should try to issue another command as soon as the projectile leaves your champion. If you do it too early, you will cancel the auto-attack, too late and the animation will begin. It’s hard at first to find a happy medium, but it is required to make orb walking or stutter stepping work.

Be prepared to mess up, and try your hardest to get it right. At the end of the day, practice makes perfect- especially when it comes to mechanics. 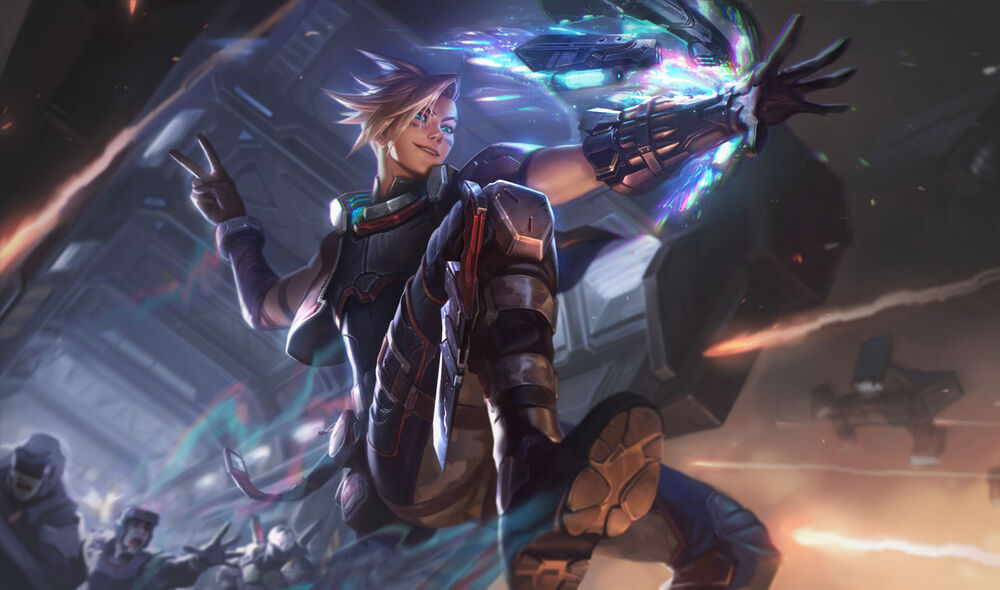 Orb walking is easier the more attack speed you have. In the early game, getting the rhythm down and not standing still can be quite challenging, but in the later stages, or once you have more attack speed, it will be much easier. Definitely head into a practice game to give it ago. I would recommend starting off with no extra attack speed and then gradually work yourself up with more AS.

There are two forms of orb walking. The first is offensively and the second is defensively.

The two are very similar and unless it is obvious, you’re probably going to use both of these kiting methods during the same skirmish. What we mean by this is you may start off fighting aggressively, and then need to turn tail and orb walk defensively.

You may start off orb walking aggressively if you are trying to close the gap between you and the enemy or deny them from escaping. If you position yourself closer to them, it will be harder for them to escape as you will remain in range of them and be able to deal more damage to them- which can result in a kill. 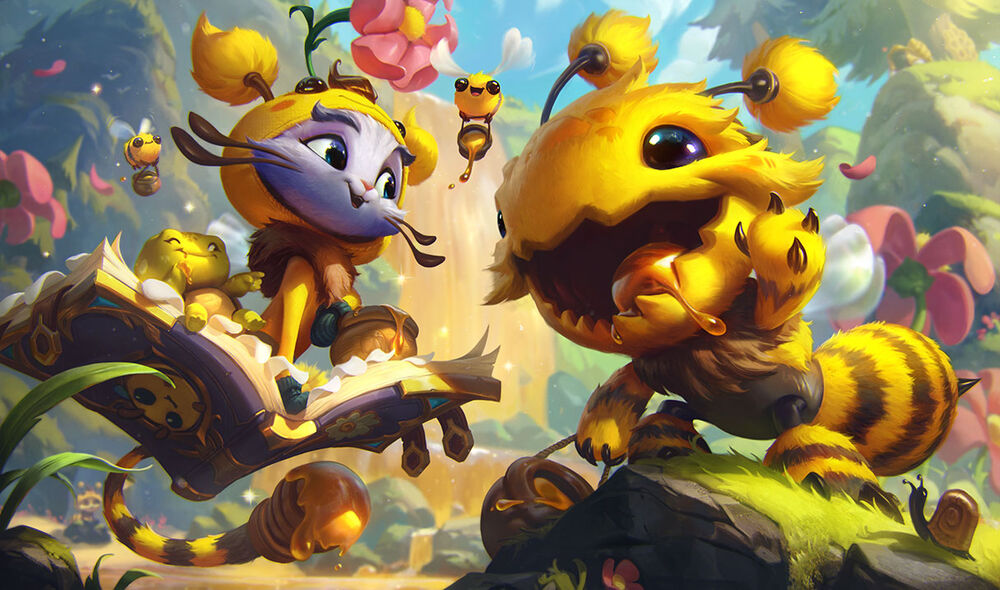 However, if you’re trying to create distance between you and the enemy, such as a ranged champion vs a melee one, you may try to kite defensively so you can prevent the enemy from getting on top of you.

If they continue to run towards you, you’ll be able to deal damage to them which may force them to retreat- you would then chase them down by orb walking aggressively.

There are so many different scenarios where you would need to use one of the two orb walking methods.

But in some situations, you may not even want to orb walk at all as it can cause more harm than good. Sometimes it’s just safer to run and retreat rather than face and fight.

3. Comparisons to other attack moves

Comparing kiting to standard auto-attacking, your champion will stop dead in their tracks, auto-attack and then move off again once the animation has ended. You will then continue to do this whenever you come into range of the champion again. If you’re chasing somebody or trying to escape, this will choke up more of your time and prevent you from orb walking.

In fact, it will make the difference between you or the enemy surviving.

Take note at how long Ezreal is stood still in the second; he doesn’t move off until the animation has finished- allowing Ziggs to gain ground.

When you are on the offensive, you need to auto-attack, move closer to the target and then auto attack again. Preferably, move towards (behind the enemies path) to get as close as you can.

When comparing this to non-kiting or non-orb walking, you would just chase until you can auto-attack- auto and then run again.

You either have two choices. You can either auto-attack then walk backwards then auto again. Or, you should just run and escape. Orb walking or kiting is not the answer to everything. It’s not going to magically allow you to escape any skirmish.

4. How to set up attack move in League of Legends

We must head over to the settings and options in-game. Preferably, do this in a practice game mode such as a custom game or the practice tool first so you can spend time getting it right, feeling what works for you and give it a try before heading into a real game.

First off, you’ll need to have everything on quick cast. Using normal cast is much harder to orb walk and kite because you need to aim the abilities and include additional tasks that slow down the process of kiting. Not only does quick cast enable you to kite more effectively, but it also has a range of other benefits outside of orb walking. As standard, I would always recommend this option. Secondly, you need to head over to your game options and scroll to gameplay. From there, there is a small option called “attack move on cursor”. This is a very valuable option to have enabled. This will help you kite more effectively because you will be focusing on a specific target rather than the nearest champion. For example, if you’re being chased by 2 enemies, the closest being a tank with no damage and the furthest away target being the one who deals the damage, if you have it disabled, you’ll be focusing the champion of less significance.

With it enabled, you should be focusing the champion behind (assuming you have clicked near them).

This is also very helpful when it comes to fighting inside a minion wave or near neutral monsters as you will be focusing on an enemy champion rather than the nearest target- which in most cases will make all the difference in a skirmish.

The final setting you need to adjust is within the hotkey section. Scroll down to player movement and look for “player attack move click” and “player attack move”. Both are vital to kiting, but you may find yourself favoring one or the other.

Player attack move will show you your range and will auto-attack the nearest target to your cursor if you press your right mouse button.

Player attack move click doesn’t show you your attack range, but once pressed you will not need to manually click again (only to move your champion).

The best way to show the difference is with two separate videos that show off these tools. These are my personal settings

The first demonstrates the difference between player attack move where you have to right-click to issue the attack command. Left-clicking (which most of us are accustomed to) issues a move command, which forces you to move towards a target.

This can go very wrong if you accidentally mix the two up as you may walk into danger or lose momentum to kill the enemy. This doesn’t really make a difference if your accuracy is perfect, but it will if you make a mistake.

Take note that you should kite faster. This was just to show the differences.

On the other hand, player attack move click does it all for you but it doesn’t show the range. This allows you to kite without making too many errors and without walking within range of the enemy. This is because it will auto-attack the target as soon as you’re in range and ready. It is also somewhat quicker, and in my personal opinion and experience, easier to kite with.

Take note that you should kite faster. This was just to show the differences.

Each of the two-player action settings has its benefits and drawbacks and you can adjust your settings further until you find something that fits.

Here are just two main examples, but there is plenty of customization to make your kiting more effective.

5. Why you should kite, orb walk or stutter-step

Other than the reasons we have already hinted at previously, here’s a list of benefits that this mechanic or concept has once mastered.

We’ve tried to make this mechanic easy to understand. It is quite simple, all you need to do is auto attack, move, auto-attack. However, in reality, it can be quite challenging to orb walk successfully and it does take a lot of practice to master.

You really need to know your champion’s animations and attack speed inside and out for kiting and orb walking to be really effective otherwise you’ll make mistakes. But don’t worry, if you’re keeping your distance it will not be as damaging unless you’re standing still or in auto attack range of an enemy.