8 Tips to Play Support with a Bad ADC

8 Tips to Play Support with a Bad ADC

Playing with a bad, tilted or auto-filled ADC is something us Support mains dread. When they have little to no impact in lane, you feel helpless and unable to do what you would like. It can often feel like you have to take additional measures to try and get them into the game which often backfires.

In this Mobalytics guide, we will discuss what to do when you’re laning with a bad ADC.

We have made a separate guide in the past for ADC’s on how to lane with a bad Support! Check it out if you want to learn more.

How to Play Support with a Bad ADC

When playing with somebody who isn’t very good, especially in the higher ELO’s, you need to drastically lower your expectations of what the ADC will do. This includes following up when you engage, understand (or partake in) trading stance and playing around advantages.

Adjusting your mindset and understanding that under no circumstances you can trust them is key. At the end of the day, if you go in and they don’t follow up, it’s both of your fault and not just the ADC’s.

Pings are very undervalued in League of Legends. It is vital that you communicate via pings so your ADC and your other teammates know what you want to do. For example, pinging when you want to go in, pinging when there is danger and pinging key cooldowns like Ultimates or Summoner Spells can help you and your ADC lane better together.

If you want to go in, spam ping your ADC the target you wish to focus and then wait for them to be in a position to follow up before initiating a trade with the enemy.

I’ll keep it short and sweet. Mute your ADC if they start to flame you or if they are making mistakes and blaming anyone but themselves. If you listen or read what they type, you may start to tilt, making you play worse and not be able to do some of the other things I’m going to talk about in this guide.

Players will like to “cry” in chat or flame you if you’re roaming, so it’s better just to mute them so you can focus on getting leads elsewhere on the map. Which conveniently moves us to our next point.

4. Leave lane and help your allies

If you’re not going to get anything done in the bottom lane, you may as well team up with someone else on your team to try and help them secure kills and objectives. When you’re playing in the bottom lane and not doing anything but dying, you’re giving the enemy a CS, gold and XP lead. By leaving your ADC alone, they can farm while you try to do stuff elsewhere. 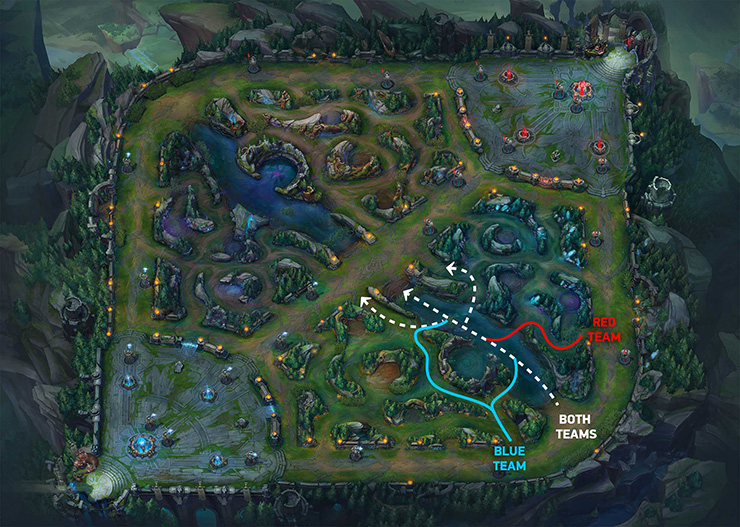 Potential roaming routes from the bot lane. This image is taken from our everything you need to know about roaming guide.

For example, you may rotate to the mid-lane with your Jungler, or follow your Jungler around the map and help them secure objectives like the Rift Herald or Dragon. While you may be missing out on XP in the bottom lane, you could be helping gain leads elsewhere on the map.

While we suggest leaving your ADC alone, you need to be careful with your movements around the map. If you stay in the mid-lane, you’re going to soak up your Mid laners XP which means they will fall behind in XP and levels because it’s 2v1 in the lane. When there are more champions around, the less XP each champion gets. If you hug the Mid laner for a long period of time, they could significantly fall behind if they don’t get any kills.

Similarly, you need to be careful if you’re running around with your Jungler because you will not be picking up XP from nearby minions. If the enemy Support stays in lane and you’re constantly roaming and not getting any kills out of it, they will gain a XP and level lead which will be hard to catch up on.

So, while you may want to leave your ADC alone at all times, you need to head back to the bottom lane occasionally and stay there for a while so you can get free XP and stacks for your warding quest.

6. Ward for your ADC

While you’re roaming, make sure you place vision for your ADC so they can stay alive while you’re moving around the map. Vision will, in theory, keep them alive for longer as they should spot the enemy Jungler or any enemy approaching them while they’re left alone in the bottom lane. 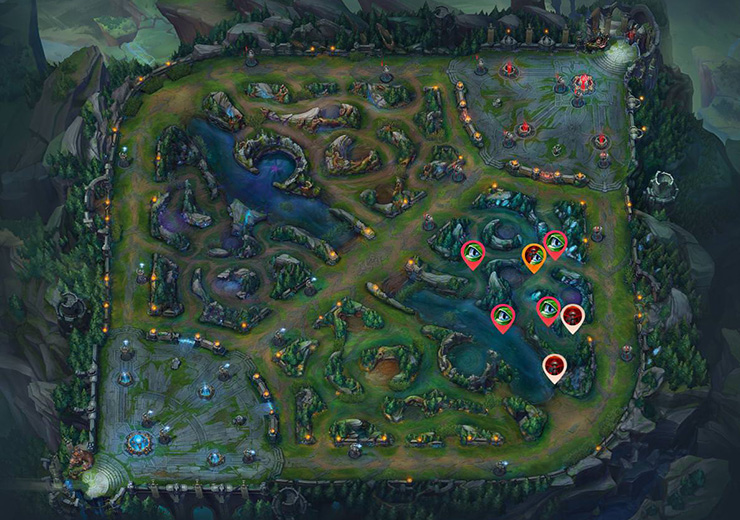 This image is taken from our in-depth warding guide.

As you can see, there are multiple areas on the map where you can place wards for your ADC. After the tier 1 tower has been destroyed, placing wards in these locations should offer them some more survivability while you roam around the map and help your allies.

As you can see, there are multiple areas on the map where you can place wards for your ADC. After the tier 1 tower has been destroyed, placing wards in these locations should offer them some more survivability while you roam around the map and help your allies.

If you struggle with keeping your toxicity levels down, mute everyone like we’ve said and check out this guide on how to stop being toxic in League of Legends.

Each champion has a certain play style and you should try to adapt to the situation when you’re not able to do anything with your ADC in the bottom lane. For example, Leona Support will want to play around her Ultimate to get kills. If you cannot really use your Ultimate in the bottom lane, you could roam and try to help your Mid laner instead.

This image is taken from the LOL Wiki page.

Learn your win conditions and learn how to adapt your game plan by checking out your favourite champions champion page on the Mobalytics site. It will tell you when your power spikes are (so you can play around them) and tell you what your goals are during the early, mid and late game.

Playing with a bad teammate is going to be hard, but you need to remain positive and try to do whatever you can to keep yourself in the game to increase your chances of winning. Even if you lose, keeping your mental strong will be very beneficial.