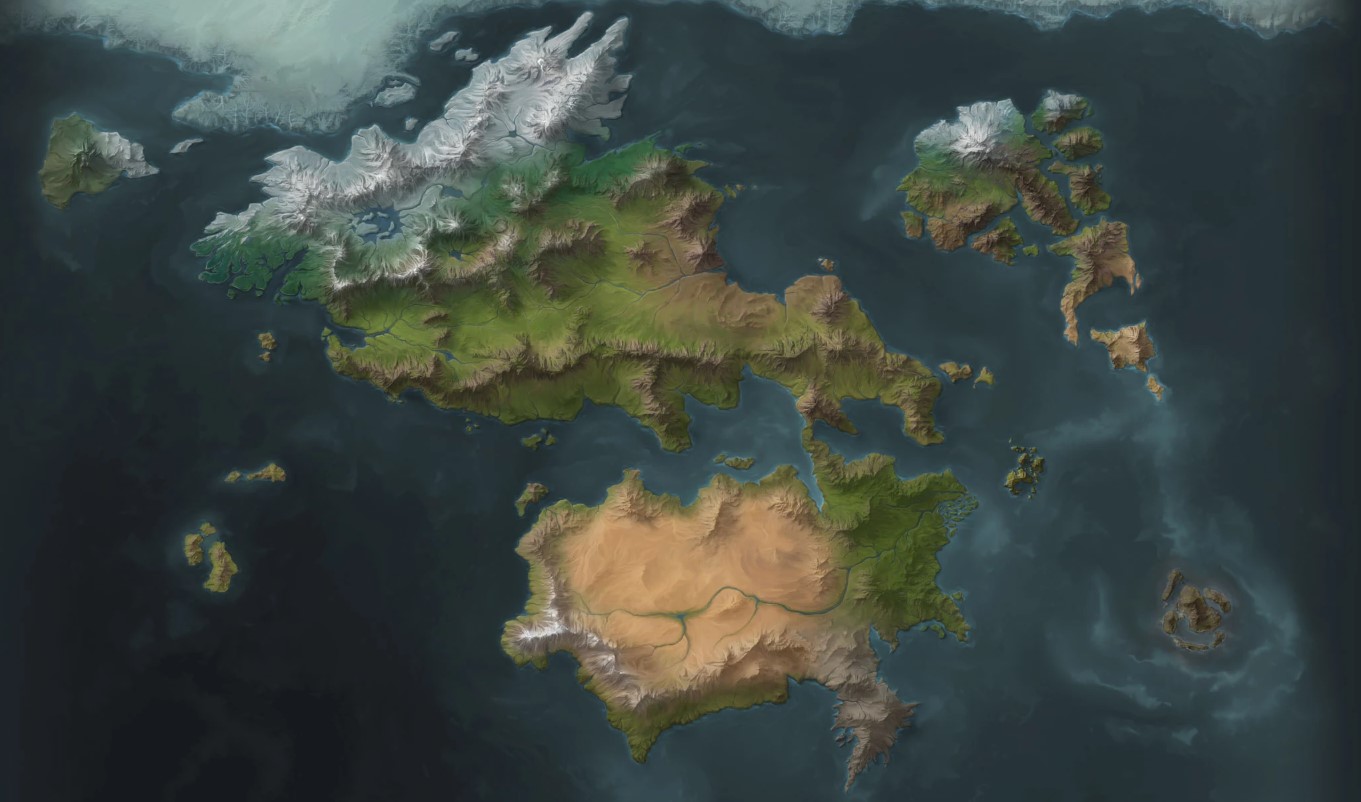 What are Legends of Runeterra Regions?

In the Legends of Runeterra card game, you build your decks using champions, spells, and followers from the world of League of Legends. The cards in the game are all from the eight regions: Bilgewater, Demacia, Freljord, Ionia, Noxus, Piltover & Zaun, Shadow Isles, and Targon. You can build a deck of 40 cards using a max of two regions.

This article will give you an overview of all six regions in terms of their playstyle by discussing their core mechanics and showing off a few of their signature cards.  Every section will have a link to each specific region’s deep dive, so if you want to learn more about a region we recommend checking those out!

Keep in mind that this is a brand new game that is still in closed beta so a lot can change between now and the official release. For now, however, we need your help to discover all the different synergies and strategies that are waiting to be uncovered! Head to our brand new site to build your own deck or see all the cards in Legends of Runeterra. Join the ranks of Demacia to lead its armies of justice. Challenge your foes to duels, rally loyal soldiers, and call upon endless waves of reinforcements to secure victory.

Demacia’s playstyle centers around building armies of resilient units that can buff each other and maintain a persistent board presence. The region allows you to influence the flow of battle by forcing combat. Demacia relies on strength in numbers and empowering allies. This gives them an edge in combat trades and can allow you to make big swings to kill your opponent if they aren’t ready. Cards like For Demacia! and Cithria the Bold can make even your weakest units become serious threats and make your big-hitters big finishers. Barrier cards like Brightsteel Protector and Prismatic Barrier provide a shield that ignores the first instance of damage that a unit takes in a round of combat. This allows you to protect units that you buffed and champions that you need to help you secure your win conditions.

Demacia’s champions help you dominate the board and come out on top in combat trades. For this overview, we’ll be covering Fiora. Want to learn more about Demacia?

Check out our Demacia deep dive article or explore the rest of the cards. Embrace the wild and ice born beauty of the Frejord. Raid with tribes, tame beasts, and command the tundra itself to remind your enemies why you’ll continue to outlast any civilization.

Freljord uses icy crowd control effects and mana ramp mechanics to finish the match off with powerful late game threats. It has the biggest units in the game. Shatter also has the added upside of dealing 4 to a unit that has 0 Power (most likely from being frostbitten). The ancient Freljord allows you to tap into natural mystic powers that allow you to ramp your mana and get ahead of the curve with cards like Wydring Stones and Catalyst of Aeons. You’ll be able to play your big creatures much earlier than usual to really pressure your opponent to find answers or risk getting trampled. Want to learn more about Freljord?

Check out our Freljord deep dive article or explore the rest of the cards. Become one with magic and nature to bring peace to the sacred lands of Ionia. Use your skill and cunning to outmaneuver your foes with grace and slay them before they see you coming.

Ionia has tricky mechanics that allow you to outmaneuver your opponents with stealthy tactics and spells that bounce friendly and enemy units back to hand.

Ionia doesn’t fight its opponent head on, and instead, outmaneuvers them with sneaky tactics. Recall allows you to bounce units back to the hand’s of their owner (similar to Rogue if you’ve played Hearthstone). Minah Swiftfoot bounces 3 enemy units and opens the field for your attackers. It also disrupts the flow of your opponent’s gameplan since they have use more mana to play their units again.

Ionia is the land of ninjas like Shen, Akali, Zed, and Kennen. The Elusive ability reflects this trait since it allows you to attack your opponent from sneaky angles. Elusive units cannot be blocked by non-elusive units so your opponent will often need to use spells or other means to destroy them. Windfarer Hatchling which has Elusive, also benefits from Ionia’s Recall effects since it can buff allies every time it’s played.

Ionia’s champions have unique and powerful abilities that reward you if you’re able to think ahead and make the most of their synergies. We’ll use Yasuo as an example. Want to learn more about Ionia?

Check out our Ionia deep dive article or explore the rest of the cards.

Make a name for yourself by crushing the unworthy foes of Noxus. Overwhelm your opponents with your sheer power and commit everything to make sure you’re the last one standing.

Noxus revolves around destroying opponents with relentless aggression, often sacrificing defense for more offensive power. You’ll have many ways to inflict damage, with with your units or with direct damage from spells. If you’re a fan of looking for the all-in on Summoner’s Rift or overrunning your opponents with aggro decks in other card games, Noxus is for you. Many of its cards, like Legion Rearguard, have high Power in exchange for low Health (3|2 on round 1 is insane). Another example is Trifarian Gloryseeker which also has Challenger, allowing her to force higher-cost cards to trade with her as a cheaper unit.

Noxus wins at all costs, even if it means hurting yourself in order to gain the edge. When you synergize cards like Transfusion with cards like Crimson Disciple and Crimson Curator synergies with this mechanic, you can often make the pain worth it with the value you receive. Keep in mind that these effects will also trigger by normal means from your opponent such as combat, so it’s a 2-way street in activating this ability.

Noxus naturally has some of the most aggressive champions in LoR. If you catch your opponent off guard you can often destroy them quickly with relentless force. Darius greatly exemplifies this tendency. Want to learn more about Noxus?

Check out our Noxus deep dive article or explore the rest of the cards. Join the visionaries of Piltover and Zaun to discover unique and inventive ways to outsmart your enemies. Experiment, tinker, and optimize to ensure that victory is guaranteed.

Piltover and Zaun is the premier spell-slinging region with units that benefit from spell casts and spells that generate units.

Blow Stuff Up and Reload P&Z has an incredible amount of offensive spells that can help you control the board or kill a Nexus directly in the late game. Stattik Shock allows you to finish off low Health enemies while allowing you to draw for more options. Trueshot Barrage gives you 6 damage to distribute between three separate enemies as 3, 2, and 1 damage.

In LoR, you have 3 mana crystals dedicated to spells that can be filled by unused mana from previous turns (check out our mechanics guide for more info on that). With cards like Eager Apprentice and Flash of Brilliance, you can refill your 3 spell mana and keep chaining more spells. As a very versatile and adaptable region, P&Z’s champions are all very unique and offer diverse archetypes. We’ll cover the ultimate inventor, Heimerdinger! Here’s the list of his turrets and their stats/effects. The number after the “MK” represents the mana cost of the spell that generates the turret:

When Heimerdinger levels up, all the turrets he creates, become upgraded with an extra +1|+1!

Want to learn more about Piltover and Zaun?

Check out our Piltover and Zaun deep dive article or explore the rest of the cards.

Few can escape the haunted shroud of the Dark Mist. By conjuring malevolent spirits and manipulating the undead, you’ll condemn your enemies to an eternity in the Shadow Isles.

Shadow Isles uses mechanics that focus on sacrificing units that have benefits when they die and resurrecting units for continuous value.

The Last Breath mechanic causes a minion to trigger an effect when they die. Shadow Isles has the most of these cards and gets the most out of them using their mechanics that revolve around death. Cursed Keeper and the Escaped Abomination that it creates is a key example. A 2-cost 1|1 that can’t block would normally be pretty useless, but if you’re able to force your opponent to kill it or find a way to kill it yourself, you can trigger Cursed Keeper’s Last Breath effect to 4|4, which is massive in the early game. Even if your opponent ignores the Cursed Keeper, it’s still pretty annoying to take consistent damage every turn and you should eventually be able to find a way to kill it yourself with the next mechanics…

Shadow Isles is sort of similar to Noxus in that you’ll be hurting yourself to make gains. However, instead of just damaging your own units, you’ll be sacrificing them using cards like Glimpse Beyond and Chronicler of Ruin.

Glimpse Beyond would be pretty costly if it was part of another region, but with Shadow Isles, it can not only help you refill your hand, but also gain more value with your Last Breath effects. Chronicler of Ruin takes it a step farther by not only letting you enable your Last Breath effects but also letting you repeat them.

The spooky champions of Shadow Isles strike fear into their enemies and offer different options whether you want to play aggressively or more controlled. Let’s take a quick look at the death pony, Hecarim. Check out our Shadow Isles or explore the rest of the cards.

We hope you enjoyed our overview of all the Legends of Runeterra regions! Check out in-depth articles that explore Demacia, Freljord, Ionia, Noxus, Piltover and Zaun, and Shadow Isles. LoR is a brand new game and we’re still figuring it out ourselves, so if you have any suggestions for decks or other feedback, let us know in the comment section below.