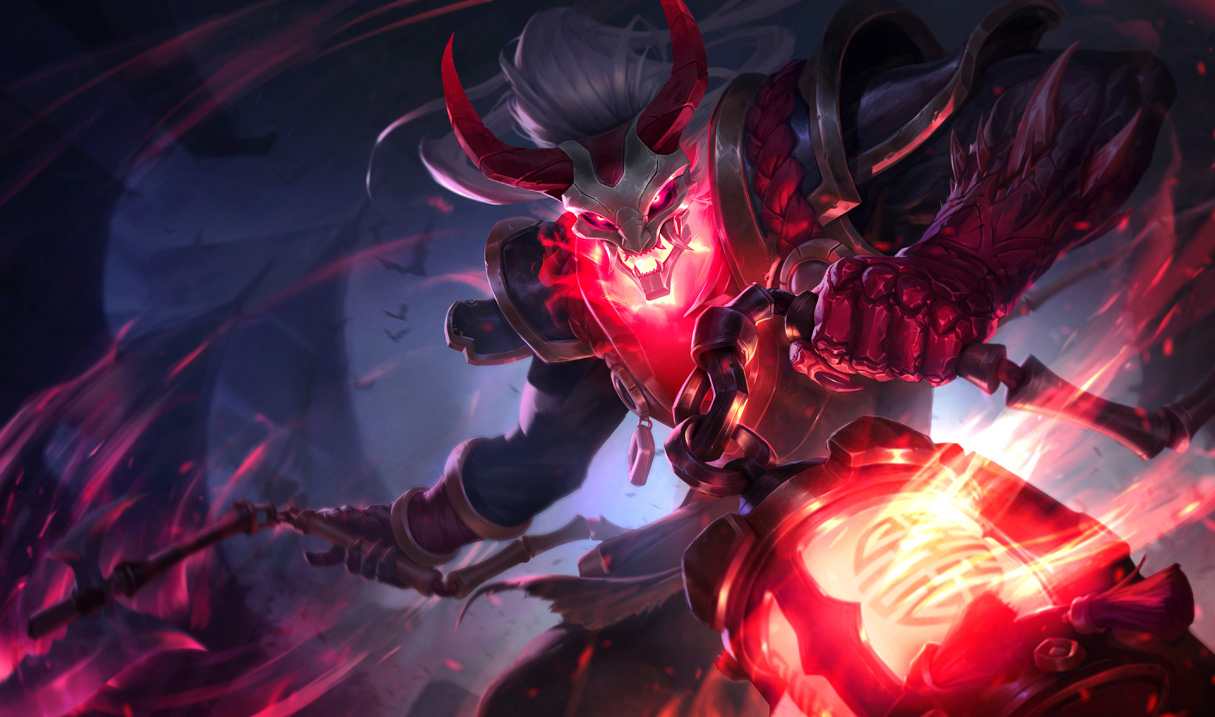 How to Deny Vision in League of Legends

In this PicklePants post, we discuss why you should emphasize vision denial and give you some tips and tricks related to clearing wards to help improve your game. Enjoy!

The Importance of Vision Denial in League of Legends

Warding is crucial in every single game of League of Legends that has ever existed and it will continue to play a major part in the foreseeable future. Buying Control Wards, and using your trinkets are a necessity for each and every game and it is important to place informative wards.

Check out your Denial GPI score under your Vision Skill!

Having low warding in your vision score, or not using your trinkets in the correct way is a big no-no. If you compare yourself to some of the higher rated players, they consistently have high warding scores and they are always purchasing and placing Control Wards around major objectives and the map. Before we talk about vision denial, we must first know what the main types of vision denial are. The first and most obvious way of denying vision is by purchasing and placing Control Wards around the map.

Control Wards are a 75-gold item that reveals and disables wards. They reveal camouflaged champions (not always, learn the specifics) and stealth traps as well. They have 4 health points and do not die after a certain period of time. The next type of vision denial is a sweeper. There are 2 types of sweepers in League of Legends. The first is the Sweeping Lens which is unlocked at level 1, and the Oracle Alteration that unlocks at level 9.

Warding during the laning phase is crucial to playing safe. It can directly dictate how you play and how useful you will be for the rest of the game. Every laning phase tends to have the same basic concept, however, there are a ton of different scenarios that you have to adapt to. If you’re pushing against the enemy and are safe to continue doing so, you can place your Control Ward offensively in the river bush. You can place your Control Ward here if you’re pushing as either the Blue or Red team.

This is a great place to ward because it can give you information and time to back off if the enemy ganks your lane. I would only recommend using your Control Ward in this position if you’re pushing. If you’re not pushing against the enemy, then you may have to go for a more defensive ward and place it in the river near the middle Lane. The best time to ward in this situation is after you back: run straight there and then return to the lane. This is good as you will not be missing out on any experience compared to running to lane and then going to ward from lane.

This is a great place to ward because it can give you information and time to back off if the enemy ganks your lane. I would only recommend using your Control Ward in this position if you’re pushing. If you’re not pushing against the enemy, then you may have to go for a more defensive ward and place it in the river near the middle Lane. The best time to ward in this situation is after you back: run straight there and then return to the lane. This is good as you will not be missing out on any experience compared to running to lane and then going to ward from lane. Here are some places you can place Control Wards if you’re pushing as the Blue Team. If you are not pushing, then you should not ward offensively in your lane, but instead- in the river.

You can place Control Wards in these areas if you’re pushing as the Red Team.

THE BAD
Unlike what many players think, there are some very bad places you can place a Control Ward. To avoid confusing users, we will not include where these bad locations are. You need to keep in mind whenever placing a Control Ward that it needs to stay alive for a reasonable time, and it must be in a location that will give you information.

If a ward dies instantly or gives no information- then this is considered a bad ward.

For example, if the enemy is bound to push you under tower, placing a Control Ward in the river bush is not the smartest of ideas. This is because they will quickly clear it and you would’ve wasted a ward which costs 75 gold.

THE UGLY
A lot of players buy a Control Ward once or twice during the early game, place it somewhere and then proceed to forget about it. It is important to provide vision and buy Control Wards whenever you can.

Once the map opens up and you move around the map, that you buy and replace your Control Wards.

Warding objectives such as Baron and Dragon is one way of gaining vision control and making objectives risk-free. Placing a Control Ward in the pit itself will deny the enemies vision of it and allow you to take it. It is important to always place Control Wards and vision in around the general area of the objective in question to deny enemy knowledge of you doing it.

Even when you have already placed a Control Ward that is still alive and well, it can be beneficial to place a new ward at the objective. A common misconception between players is that once you’ve placed one, that’s the only one you can place. In fact, while you can only have one alive at any given moment, you should replace your Control Wards throughout the game and adapt to each map movement.

Vision Around The Map

The folks over at Omnius University have developed a very helpful warding guide that gives examples and locations of where you can place your Control Wards.

The linked image can be very useful as it gives examples of where you can ward. I would recommend that you use this as a basis to improve and learn from.

While having previous Control Wards placed is a good thing, you should update them frequently and replace them throughout the game. As the game continues, the vision changes too and you need to ward differently. You can place Control Wards around objectives, around the map and in the river. Like normal vision wards, you should place your Control Wards in high traffic areas where your team is focusing.

Warding during the later stages of the game is just as important as mid game and early game warding. However, it is slightly more important that you ward with your team to avoid being caught out. If you die in the later stages of the game, then it can cost you the objective and even cost you the game. Do not go to ward alone, wait for your team to come and help you ward the objective.

If the enemy is good at snowballing their advantage, then it will be extremely hard to get back into the game. League of Legends has a snowballing effect. Avoid dying in the later stages of the game to deny them the possibility of sneaking the objective and snowballing their lead.

Clearing wards is incredibly important because it will deny the enemy vision and give your team some vital information. The best way to clear vision is by placing Control Wards and using your trinket.

As soon as you get your warding item, you want to change your trinket to the red Sweeping Lens. You should then keep that until you hit level 9 when you can upgrade to the Oracle Alteration.

HOW TO FIND MORE WARDS

It is very easy to auto pilot and use your Sweeping lens with no thought of where you are- or what you’re doing. It is important to focus and read the map. If you know that the enemy has been around a certain area lately, then you should only use your Sweeper around that area. If the enemy has not been near a specific part of the map- Sweeping this is useless because there will be no wards there.

Wards do not last for long, but how long they do last can be disrupted by your Sweeper. So, it is important not to waste your Lens on an area where nobody has been and instead- use it in an area where the enemies have recently been.

Control Wards are one of the best ways of getting consistent and efficient information. They can help you win games alone by telling your team where the enemy is, and where the enemy is not. In the words of the great Shia LaBeouf- JUST DO IT.
Objective Tips and Tricks

Thanks for reading! Join our Discord community to discuss the article. You can also find our guest writer as P!CKLEPANTS#2905 if you’d like to pick his brain.