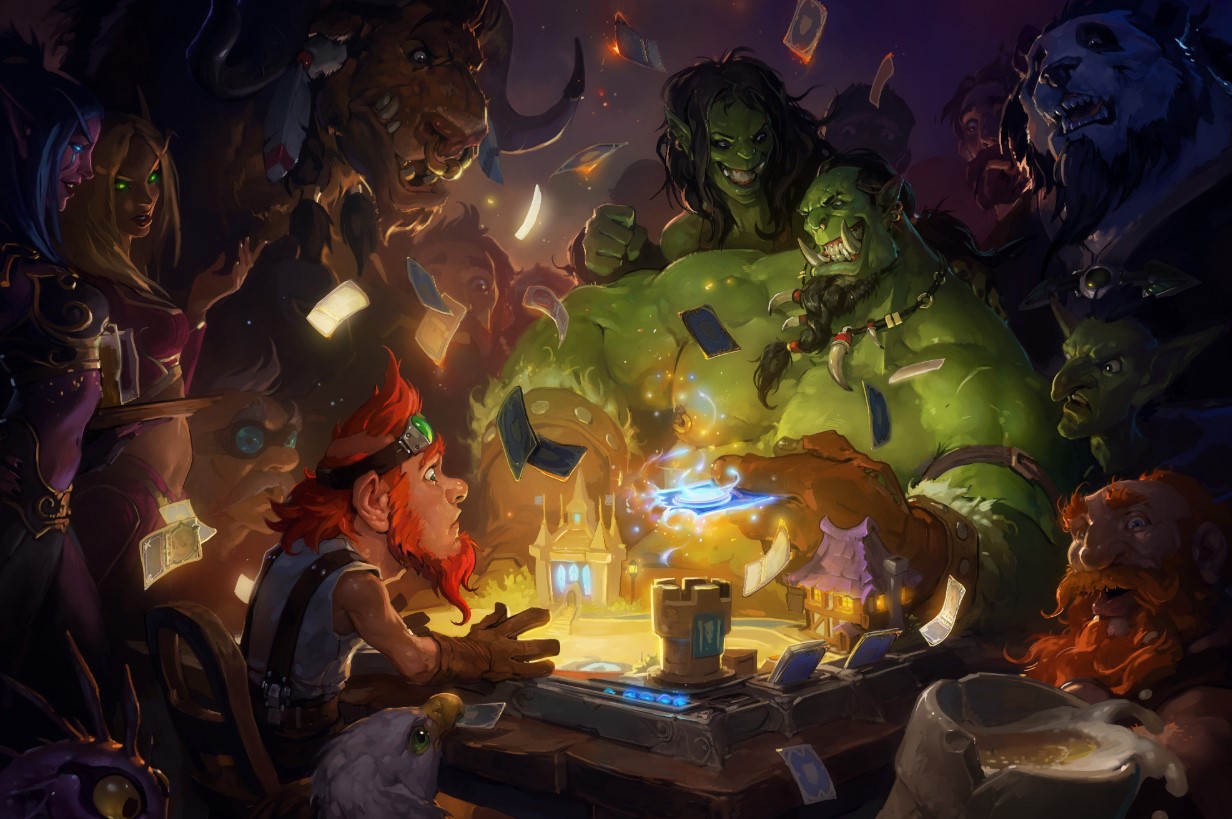 The Hearthstone Player’s Guide to Legends of Runeterra

Hearthstone is one of our favorite games ever, and so we wanted to make this guide to help you smoothly transition into LoR.

In this guide, we’ll cover all the major gameplay differences and mechanics, how LoR regions compare to Hearthstone’s classes and more! We’ll start off with the class to region comparisons and will discuss the mechanics below that. Recall = “Return a minion back to hand” In HS, You start with 3 cards if you go first and 4 cards if you are second (+Coin). You then draw 1 card at the beginning of your turn.

In LoR, you start with 4 cards and draw 1 card at the beginning of every round. The starting player is decided at random with no compensation for the second player.

One of the effects is that card draw is not as important to have in your deck. The combination of increased natural card draw, a deck size of 40, and the fact that you do not have to draw your mana since you can stockpile it for spells makes it easier to get by with no card draw.

Like Hearthstone, when you choose to mulligan, you’re not forced to discard your whole hand and only have one chance to mulligan. Similarly, if you do decide to mulligan, you will not go down cards and will start with the normal amount as your starting hand. There is no coin in LoR. At the beginning of the game the first attacker is chosen randomly, and the same number of cards are drawn for both players. We’ll have to see how balanced this is as the meta forms. As of right now it’s too early to tell if attacking first will have a significant advantage to warrant something like the coin being implemented in LoR.

Much like Hearthstone, in LoR you gain mana passively every round. Any excess mana that you don’t use at the end of the round gets stored and can be used later. You can store up to 3 excess mana and stored mana can only be used to cast spells, not creatures.

How Turns and Rounds Work

Turns are very different in LoR compared to Hearthstone. In Hearthstone, players alternate turns and on your turn you draw a card and play what you want provided you have enough mana.

In LoR, you have Rounds and Turns. Every round is comprised of alternating turns where the players cycle actions. One player is given the attack token at the start of every round, and it alternates. The player with this token is the initiator of an attack, and the defender can choose how to block.

Within a round, players alternate turns. You don’t regain mana or draw cards on a new turn. Once you take an action, which is resolving a spell or playing a creature, your turn ends. After two players pass their turn without taking any actions, the round ends. If you end the round without using your Attack Token then you lose it. Similar to Hearthstone, damage taken is permanent unless health is restored by another source or a unit’s health is buffed.

You can only play one unit per turn. There’s a certain satisfaction in hearthstone from just dropping a ton of units all out at once. Definitely something that took a little adjusting to in LoR.

The max number of units you can have summoned at once is 6 in LoR. In Hearthstone it is 7 so be careful not to summon an extra unit, otherwise it will be destroyed in LoR.

In Hearthstone, spells cast can not be responded to (unless by a secret played on a previous turn). In LoR, players have a chance to respond to spells. First let’s go over the different spell types.

There are three different spell types in LoR and can be cast at different times depending on the property of the spell:

Require a round to process and cannot be cast during combat.

Allow your opponent to react but can still be cast during combat.

Instant and can be cast anytime without a response from your opponent. This creates a very different mechanic than Hearthstone, where you have to think about what an opponent might play in that specific moment and if you should anticipate that by saving mana. The result is some really cool back and forth countering each other’s moves.

In Hearthstone, only the attacker has responsibilities during combat, so if it’s not your turn you do nothing. In LoR, once a player declares their attacking units combat begins. You cannot play units during combat.

In LoR, the attacking player declares its attacking units to hit face and the defender gets to choose which units to block and with what. Each defender can only block one attacker. Although in LoR you cannot play units during combat, you can still play spells. Finally, units that block can attack next turn, so there is no penalty for blocking. As in Hearthstone, units will sustain all HP loss (Unless they have the Regeneration property).

One thing you need to remember is that spells can be applied to units IN BETWEEN when they are declared to attack and when the attack actually resolves.

This creates an important dynamic that doesn’t really exist in Hearthstone where attackers can bait defenders into unfavorable trades when buffs/debuffs are applied to units after attackers/defenders have been declared.

Unique ability to hearthstone that does not exist in LoR. The only way to spend mana in LoR is to play a card!

While there is no hero power in LoR, there are champion cards. While heroes in Hearthstone are more like factions, champions in LoR are actual cards in your deck. You are limited to 6 champion cards per deck.

Champion cards have the ability to level up when a specific condition in their card text has been met (similar to the quest mechanic in Hearthstone).

In Hearthstone, you choose one class to construct a deck with. In LoR, you can construct decks with up to two different factions. Hearthstone constructed has Standard mode which has a limited card selection from recent expansions and the basic set, and Wild mode where all cards are allowed.

We’ll have to see how LoR addresses this in the future, but for now all cards are expected to be available for constructed decks on launch.