Everything You Need to Know About Elemental Drakes in Wild Rift

In the upcoming patches, Riot will introduce the Elemental Dragons and the Dragonsoul. These Dragons take over the map and are able to change the terrain. Each Dragon offers different buffs and souls. These dragons already exist in Wild Rift but they give different buffs and have no soul.

There are already existing Dragons in Wild Rift but these will change the game and have a huge impact on how every game is played out. They will adapt what they already have in their original gaming title League of Legends tweak it a little bit and implement it into Wild Rift.

The Fire Drake is a red Dragon that gives your whole team currently 8% more damage, but that will be changed to extra AD and AP once they release the elemental map. The Dragon soul gives every 3rd auto-attack or ability an AOE explosion that can deal a lot of damage depending on the user of it. 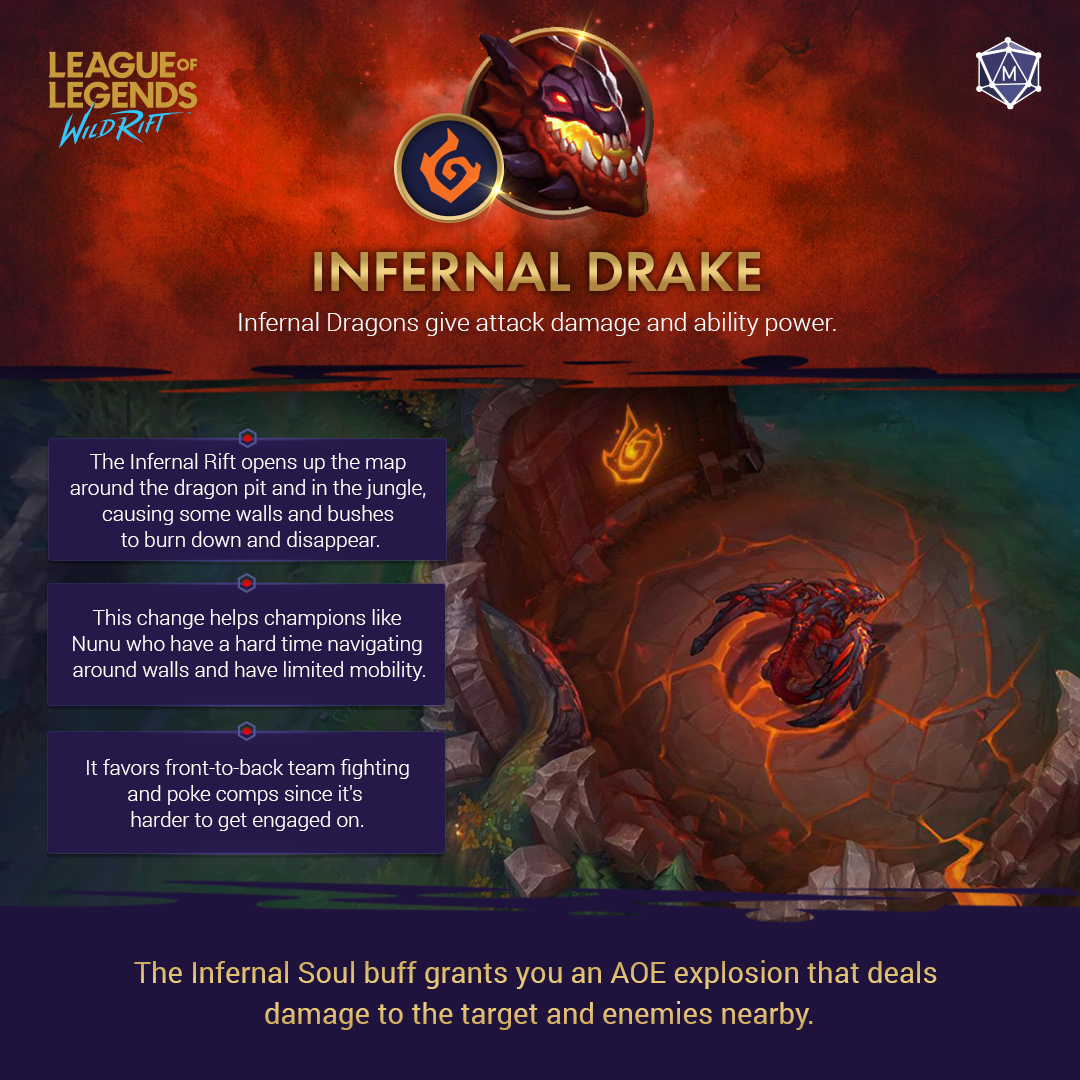 The whole terrain changes and it opens up the whole map. Bushes disappear at the red buff and the dragon pit opens up way more. Some walls around the map split up or disappear and make more space overall. This makes it for champions like Rengar really hard to play since there are fewer bushes to use in the jungle, but on the other hand, it makes life easier for Champions with high movement speed and less mobility.

The Mountain Dragon gives currently a shield that with 6% of maximum health as a shield after 5 seconds of not taking damage. This will be changed to extra armor and magic resistance. In addition to that there will be a soul that will give the shield this time around. 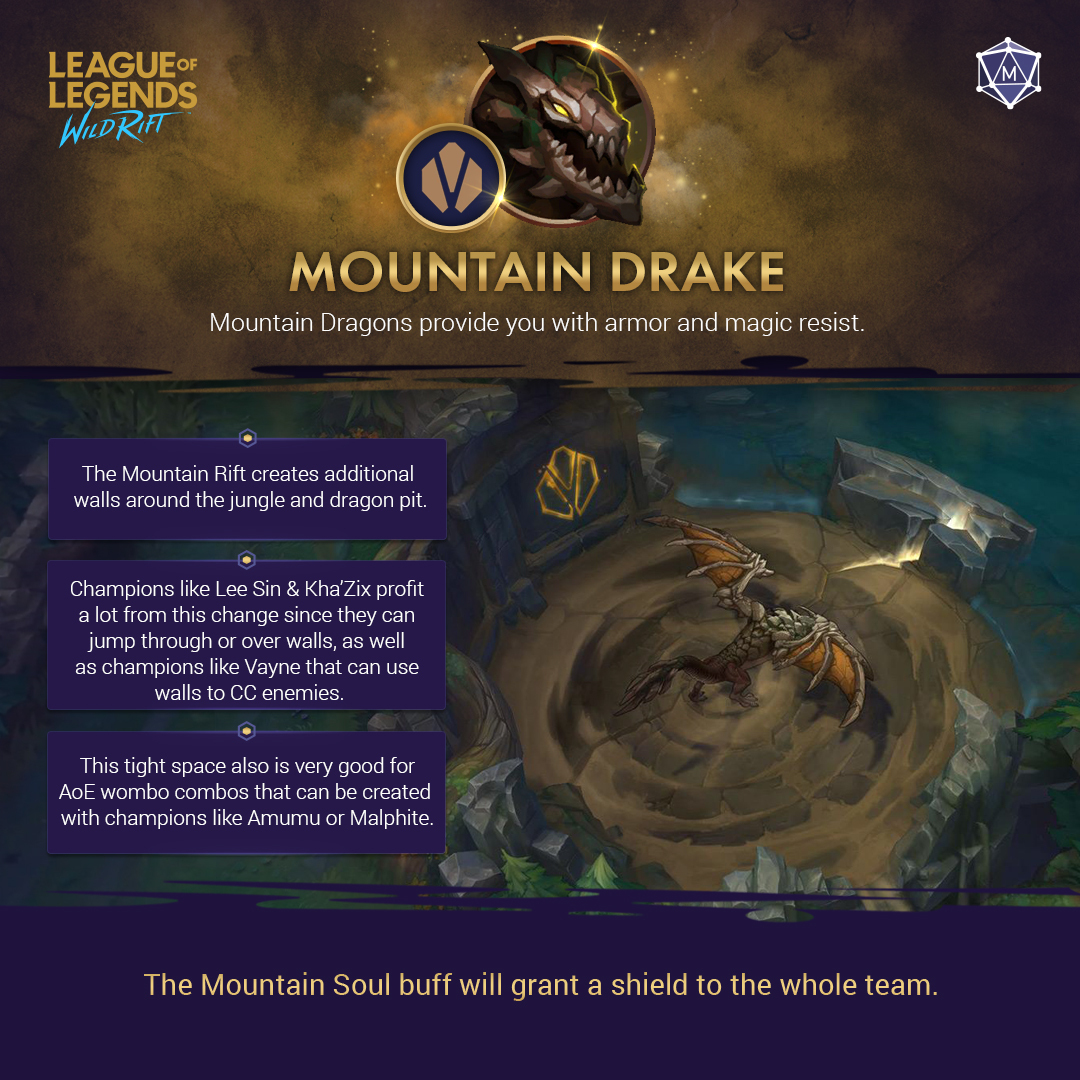 The same as with every other dragon the terrain is changing if there is a Mountain soul available to obtain. There are walls appearing around the map and the map is getting denser. This whole change makes some champions being more way more powerful once they use the walls.

This drake is currently Grants 7.5% bonus movement speed, doubled to 15% when out-of-combat. That will change a little bit once they release the new one since it will give slow resistance on top of that. The cloud soul will give a huge movement speed buff once you activate your ultimate. 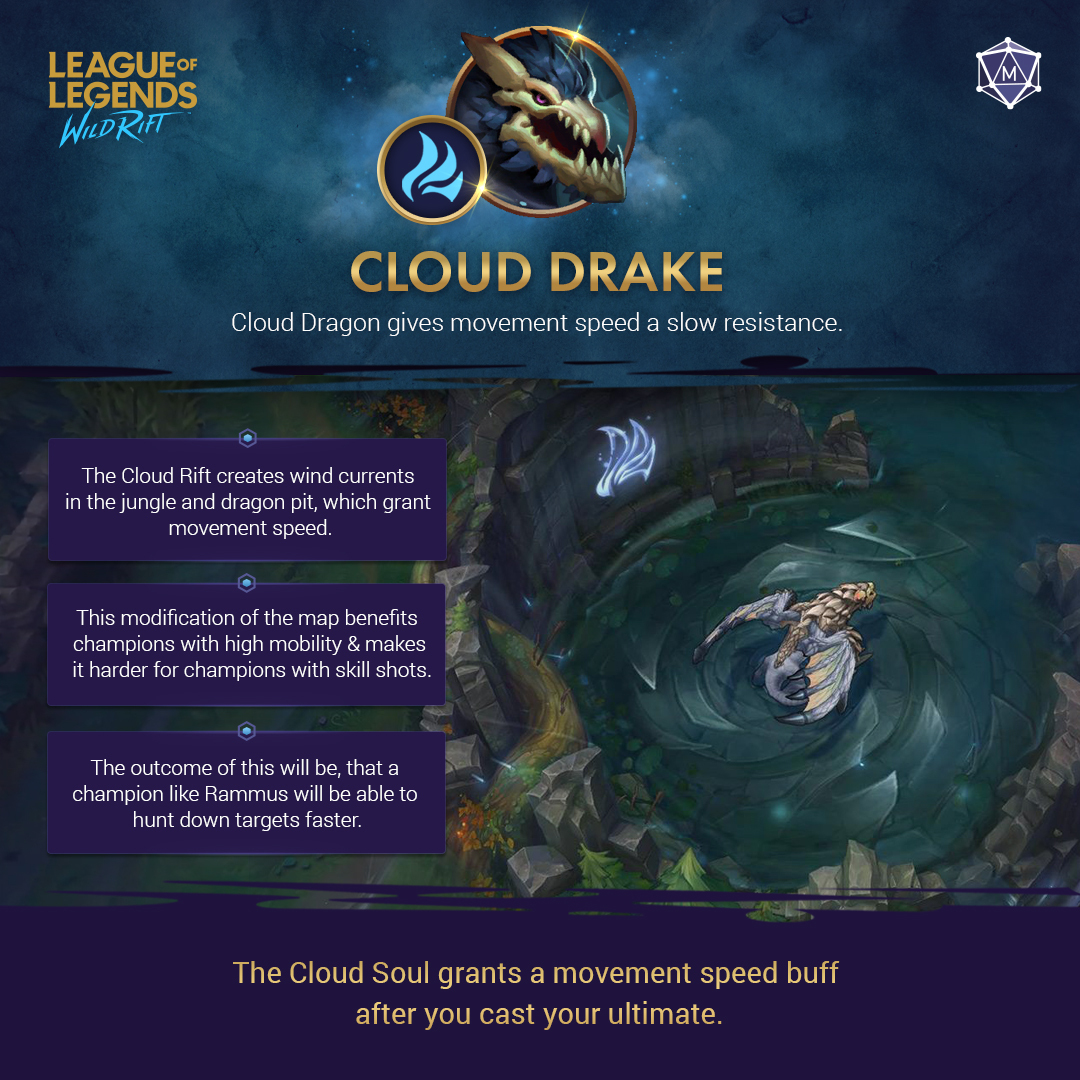 The terrain doesn’t really change on this dragon but it creates wind currents in the Jungle and in the dragon pit making everyone who steps into that area gain a ton of movement speed. Almost any champion can benefit from this except those that have a lot of skill shots and try to fight in that area.

The Ocean drake is currently granting 8% Physical Vamp and Magical Vamp. That will change completely and will be health regen. The cloud soul will give a huge movement speed buff once you activate your ultimate. The soul will be the one that is going to give Physical and Magical Vamp. 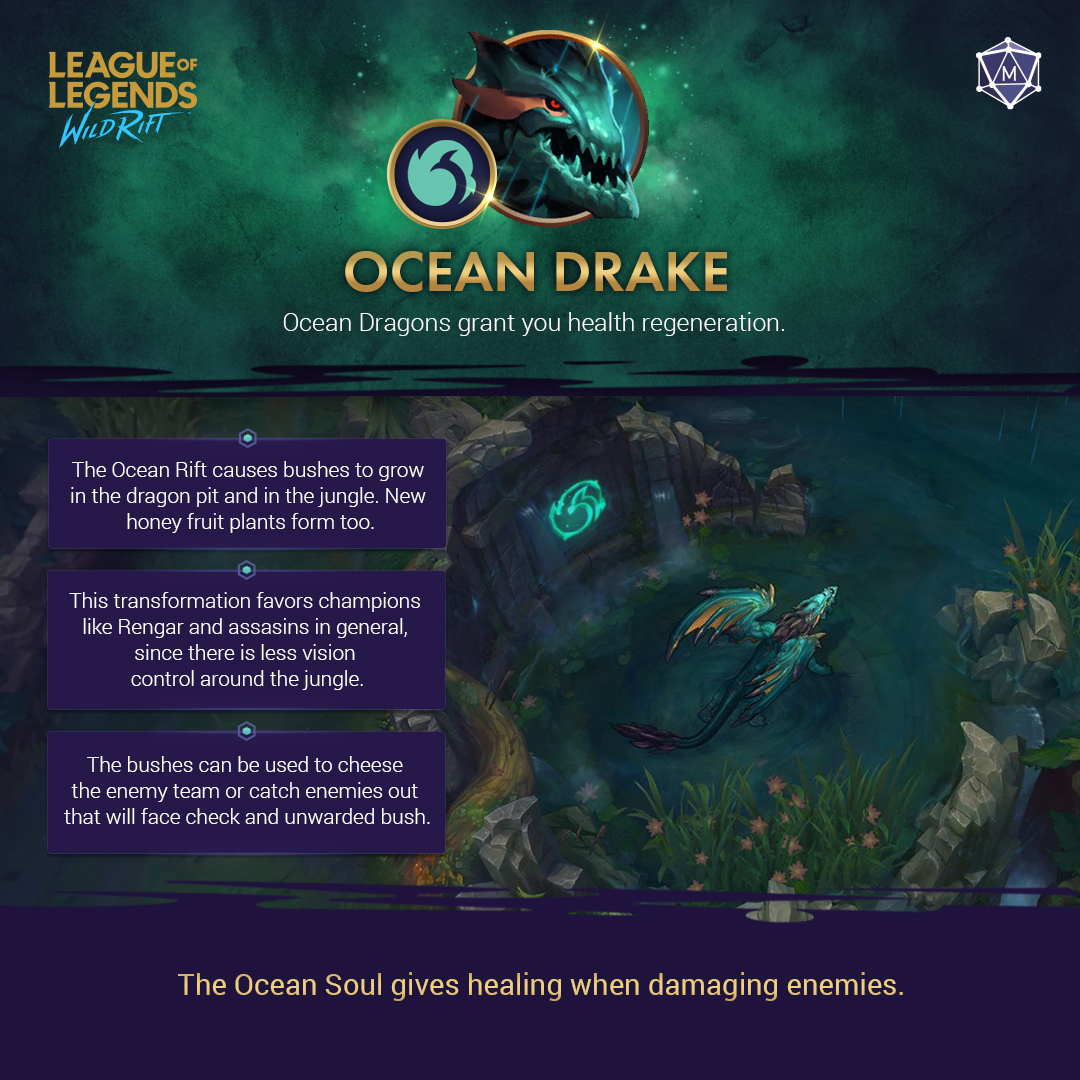 The terrain changes a lot with this soul activated. There are way more bushes almost everywhere making it a dream for every assassin player, especially for Rengar mains. It makes everything so hard to ward and have vision.

This will bring new fresh air into Wild Rift and change the game. It will make things more interesting and not so stale since we have the same dragons for seasons now.