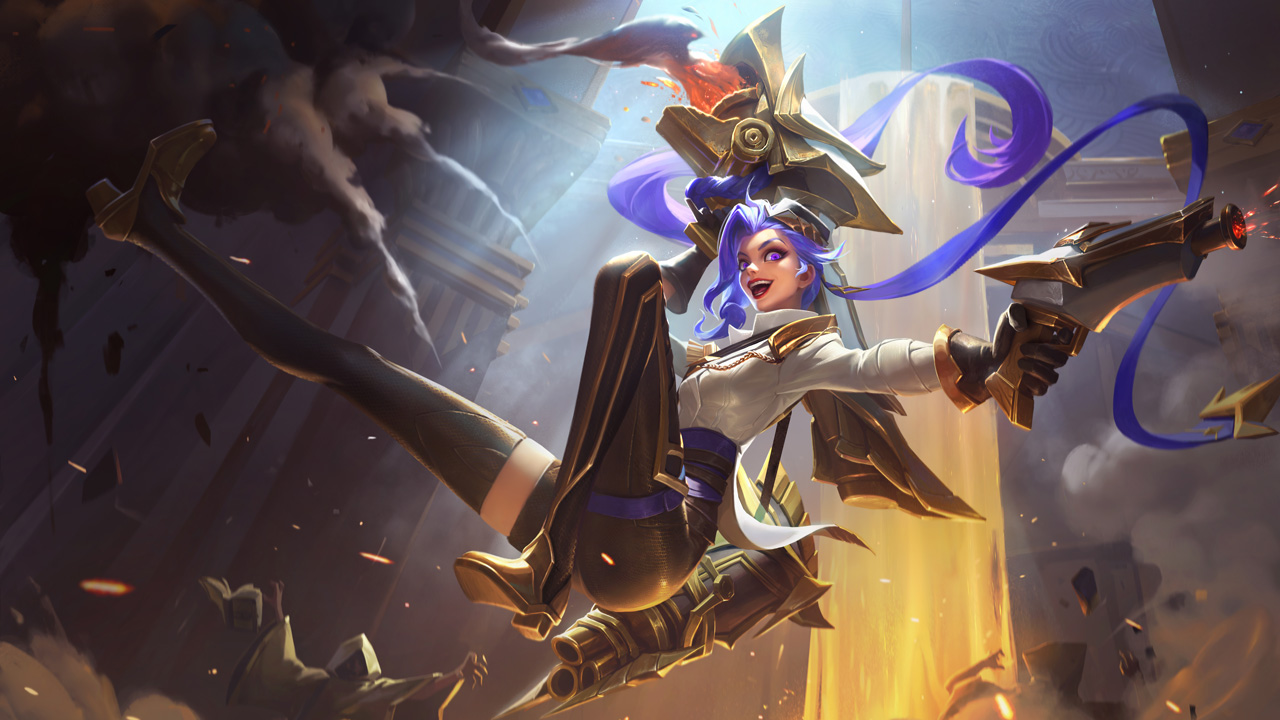 How to Get Diamond in Wild Rift Before Season 2 Ends

Guide on How to Climb in Season 2

Season 2 is ending pretty soon and is very important for some of you to reach your desired rank. To make the happen you need to optimize whatever you are doing and this guide will help you with it.

Even if your desired rank to reach isn’t Diamond, this doesn’t matter because you can apply this to every rank you are playing in. I can assure you that this will help since I climbed with several accounts through every ELO.

Season 2 in Wild Rift ends on the 24th of July, so there is plenty of time to reach your desired rank if you follow our guide and the tips we provide you with. The highest rank you reached will be the rank you get your rewards in.

Rewards are given from gold and upwards. Your rank will be reset by one whole division once the next season starts. That’s also a good reason to climb as much as you can before the next season.

2. Play to your strengths, not your weaknesses

Whatever role you are playing at the moment keep playing, because there is no time left to learn a new role. You probably going to get worse results if you try to carry yourself through another role. We published a tier list, but if your main champions arent in marked as good as some other champions don’t worry and stick to them. That means to play the champions you are good with and make sure they are played in the same role.

Try to create a tier list of the champions you are playing and mark your best one with S-tier your second one as A-tier and third as B-tier. Never play more than 3 champions, stick to the 1-3 you can play and grind the game. You will quickly realize that you will be way more consistent if you stick to 3 champions instead of trying out a new one every single game and trying to counter-pick the enemies. If you don’t have champions you are comfortable with just stick with our tier list and choose 3 S-tier champions of one role and spam them.

3. Use the right runes and builds

A lot of people aren’t using the runes or items that are the most optimal for their champions what makes them have way less success since of losing their power spikes or even wasting the gold they gained on wrong items. Understand your power spikes and when your champion is strong with a certain amount go items. 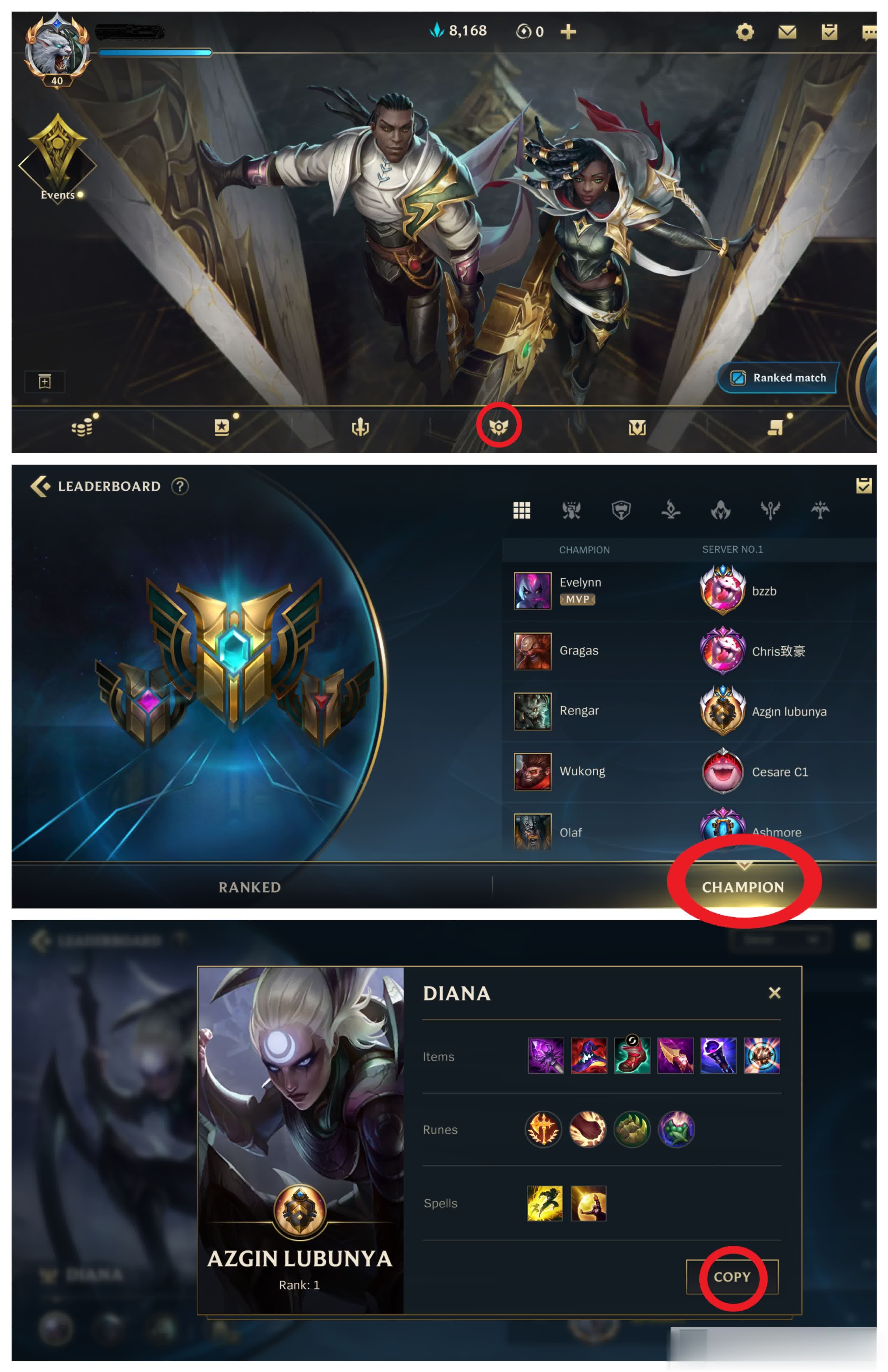 You will probably be wondering what the right items and runes are. The best way to find this out is in the menu when you click in the middle, press champion and lookup for the ones you are playing and copy the build and runes of a player that is Challenger and has the highest rank with this champion. Aside from that, there are situational items a lot of people aren’t using, for example, if you play ADC and the enemy team has a Soraka or a Sona try to build Executioners Calling as soon as possible to prevent the enemy from healing up.

4. Play a lot of games but know your limits

You have to play a lot of games but not too many. Know your limits and try to realize whenever you are exhausted to stop playing and do something else instead. You won’t reach your desired rank in a single day. Try to limit your games to a maximum of 12, of course, if you can play more you can play more. 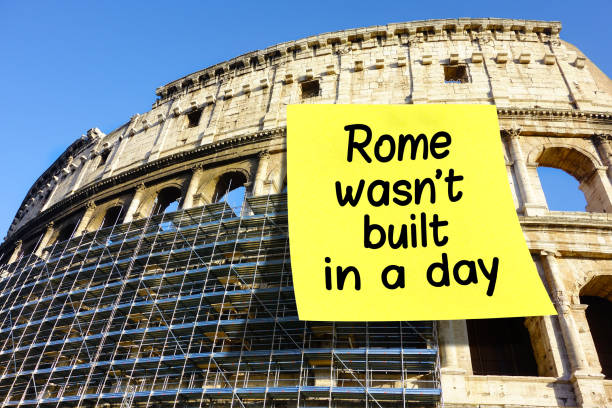 You don’t have to play all those games in one sitting, try playing some games taking a break doing something else, and then getting back into the game and keep the grind up. If there is a day you had a lot of work to do and you have no energy try to not play at all and rest for the next day.

5. The right mentality to climb

I know a lot of you are complaining about your teammates and tend to tilt a lot. Don’t worry that happens even to the best of us. If you feel like you are getting a lot of bad games try to take a break and continue playing later. But what can you do if you are trapped in a game you feel is unwinnable?

Instead of steaming your anger out in the chat or going to Reddit and writing a rant, just sit down and play the game and try to think the best possible to win this game. I know there are some unwinnable games but most of the games below diamond are 100% winnable if you don’t tilt play for your win conditions. Try to find what your win conditions are instead of crying and blaming your team. 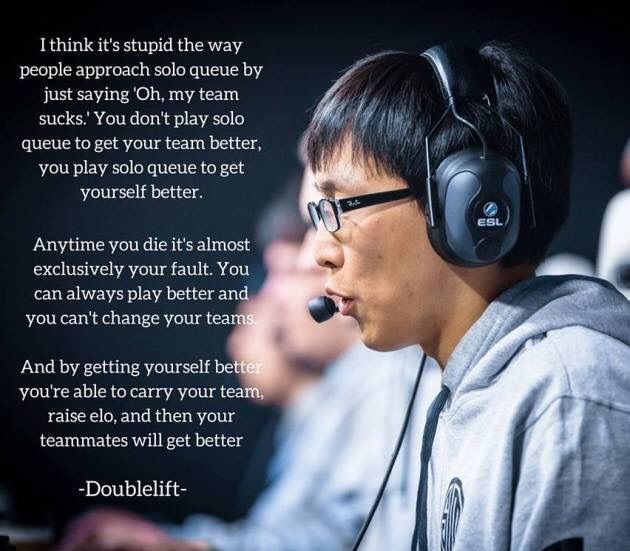 99% if you lose it’s your fault and no one else’s fault. You want to climb, stop complaining, stop the excuses and take a look at your mistakes and what you can do to get better. If you play ranked just to win and not get better is already a big mistake because you have to play to get better and improve.

Once you start getting better you will climb and reach higher ranks. If you cant see what your mistakes are, go and watch a replay of a game you lost and once you see your gameplay, you won’t believe how bad it actually looks. 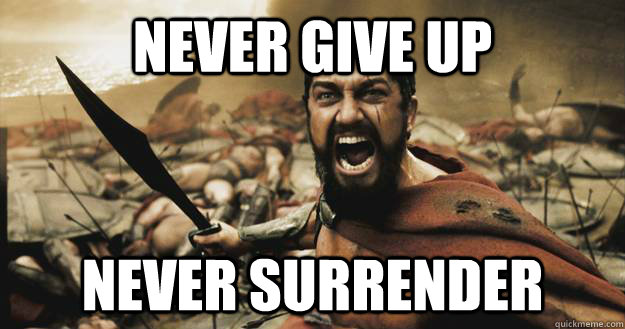 If you have an AFK try to play the game out since you are playing to improve, test your limits and try things you normally wouldn’t, so you can sharpen your mechanics. Stop trying to influence things you can’t control and start influencing the things you can control. Another big mistake a lot of people are doing is blaming it on matchmaking and already giving up at champioselect. For example, a platinum player gets a gold player in his team and the platinum player is already mentally checked out before even the game begins. There is no matchmaking or some secret power that is holding you back, it’s all you and it all begins within your head.

We hope with this guide you will reach your goals by the end of the season. If you follow the tips we gave you in this guide there is no chance you won’t reach at least one more division from your current one.

We wish you the best of luck and a lot of success on the way to it. Good luck climbing and see you soon Summoner.