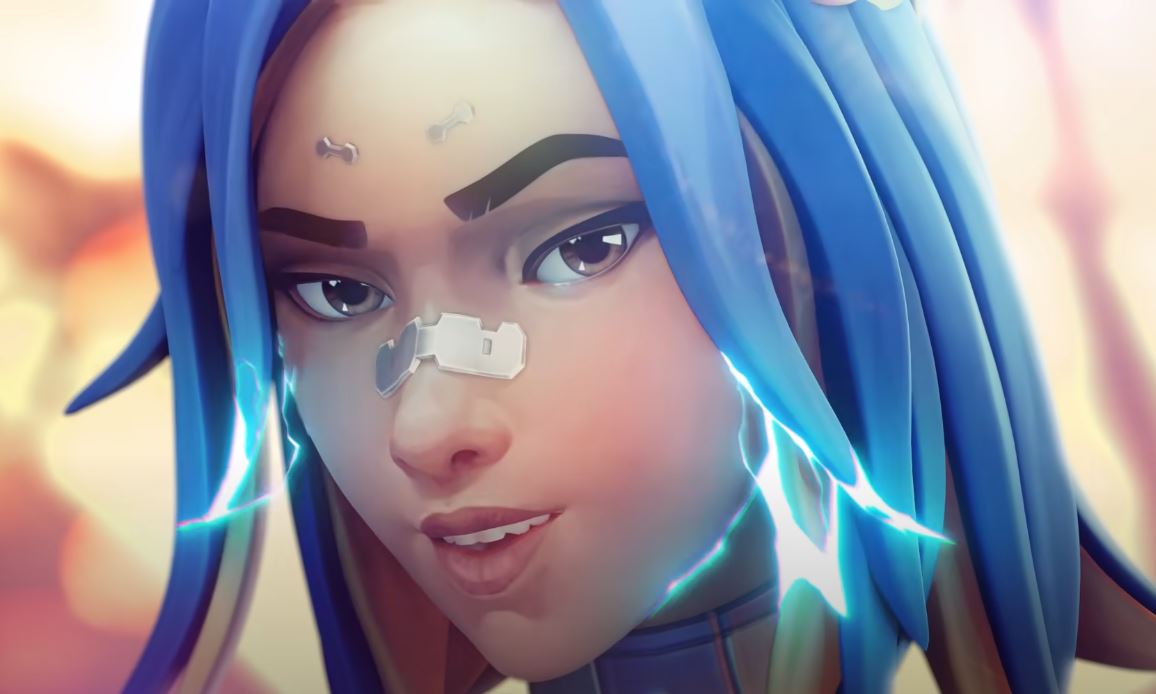 Neon is a cool and stylish Filipina imbued with electric powers.

Her kit is centralised around her ability to harness electricity as well as her speediness.

She is live now on all servers now so make sure to start grinding her contract if you want to play her. 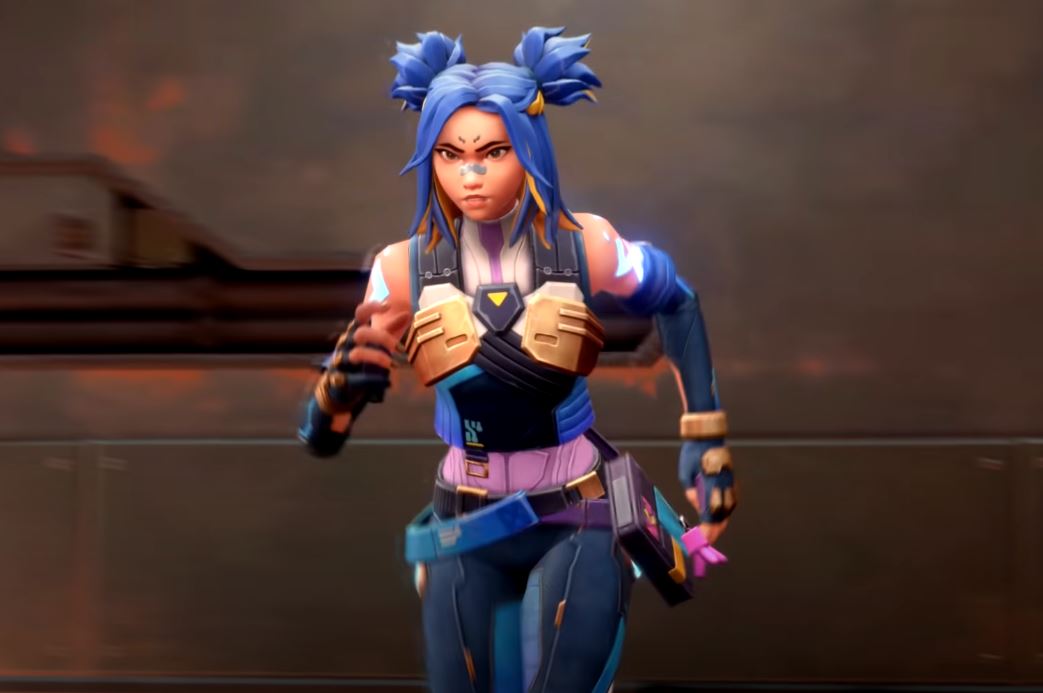 Neon sprints with both hands empty and her arms are swinging. Activation of this ability is risky since Neon is completely vulnerable and needs time to whip her gun out.

This will best be used to surprise enemies by seizing space quickly and unexpectedly. She has the power to reach areas of the map faster than other agents, this will make her proficient at flanking quickly, entering sites rapidly, as well as seizing contested ground early in the round when the barrier drops.

Dying to a sliding Neon player may just be the next most tilting thing in Valorant. Using a combination of her sprint and slide makes her extremely hard to track. She clears a fair bit of terrain with her slide so if you thought you were getting wide-peeked before just wait until you fall victim to this.

After sliding, Neon is vulnerable momentarily; she can’t shoot her gun straight away. This is done deliberately in effort to balance how overpowered this ability could be if she was instantly shooting and sliding with precision. 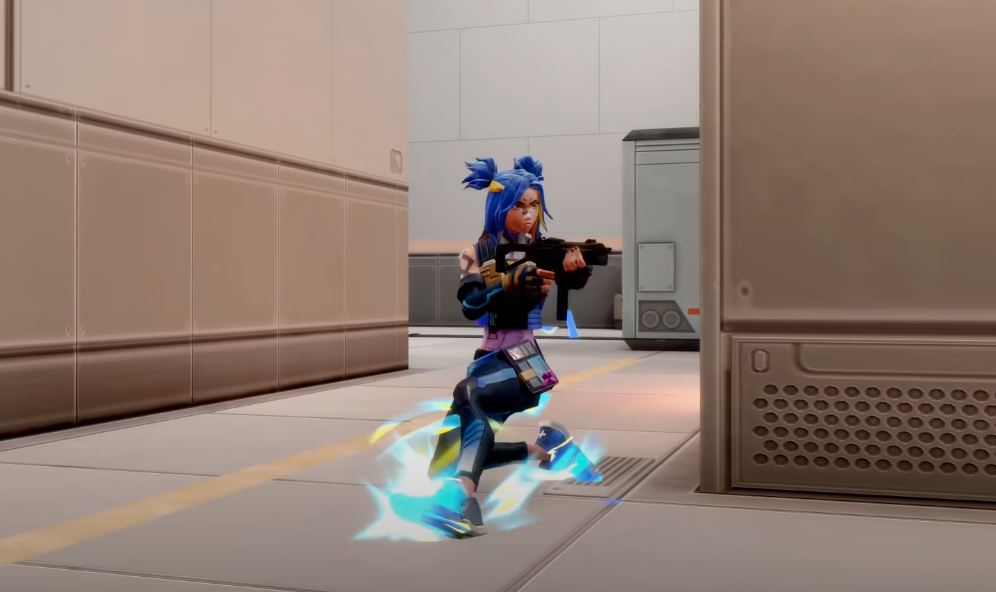 Her slide functions like her passive since it resets. After 2 kills she gains another slide.

Popular streamer and YouTuber ‘Red’ is feeling confident that there is a lot of potential to make ‘movement’ plays with Neon and that the skill ceiling regarding her movement is expected to be high.

He has spent some time playing her alone in custom games to see how her Slide interacts with walls and objects and he found some pretty interesting things that experienced players most likely will be taking advantage of, (check it out from 6:45 onwards.)

Instantly throw an energy bolt that bounces once. Upon hitting each surface, the bolt electrifies the ground below with a concussive blast.

This ability functions as a mixture of Yoru’s flash that rebounds off walls as well as Phoenix’s molly that drops down to the ground once it has reached its maximum travel distance.

Its circular radius is quite large like that of a Brimstone smoke and dazes enemies similar to Breach’s Faultline and Skye’s Trailblazer. This ability will be strong at clearing commonly played angles and should synergize well with the rest of her kit since she can close distance quickly to reach the concussed players. 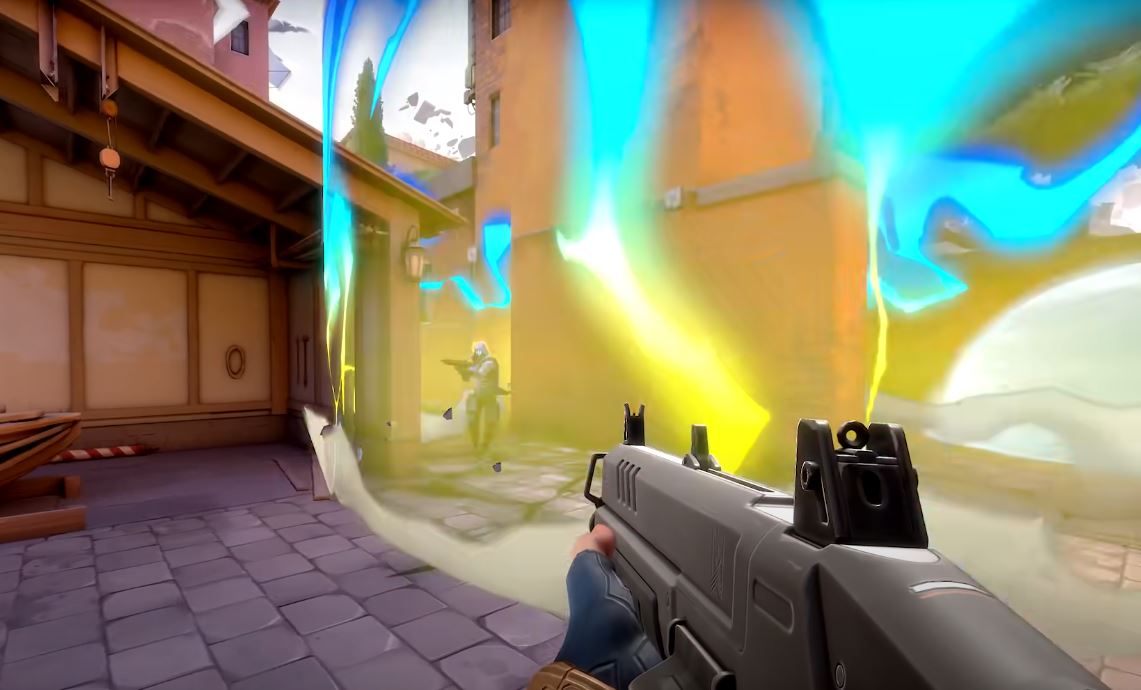 For 400 credits you can purchase 2 of her quakes which allows her to stun up to 4 areas of the map.

Fire two energy lines forward on the ground that extends a short distance or until they hit a surface. The lines rise into walls of static electricity that block vision and damage enemies that pass through them.

Sorry Phoenix, but the new chick on the block gets double what you have. Neon throws up two walls at once which travel quite a distance. 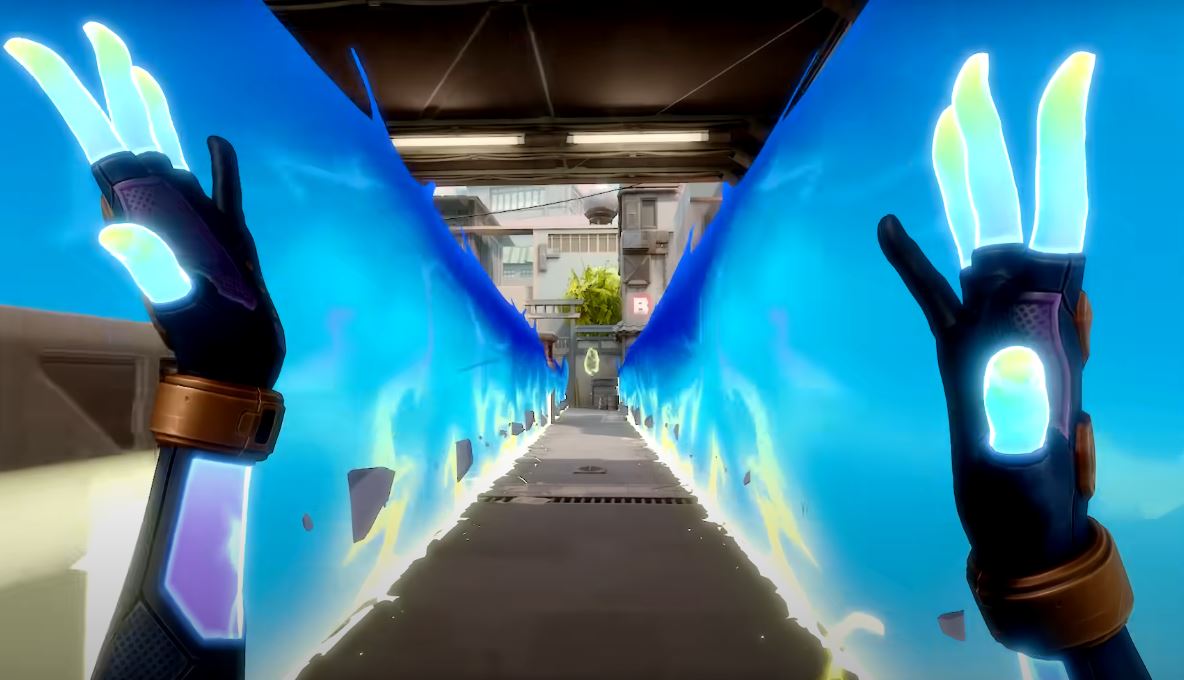 Unleash Neon’s full power and speed for a short duration. FIRE to channel the power into a deadly lightning beam with high movement accuracy. The duration resets on each kill.

A beam of electricity shoots out of Neon’s hand in a straight line unaffected by her movement. This seems to deal tick damage and PBE gameplay has revealed there is no instant headshot for this ability.

Since it is a continuous stream of electricity that radiates out of her it would be too overpowered for it to have a one-shot headshot style function. Regardless of whether Neon is targeting her opponent’s head, torso or legs this electric shock will deal a similar amount of damage.

Strafing and fast non-linear movement are hard to track at close distances and this will see Neon excel in fast-paced, in-your-face type skirmishes. Nevertheless, her lightning beam is not restricted by distance and this makes her a threat from anywhere. 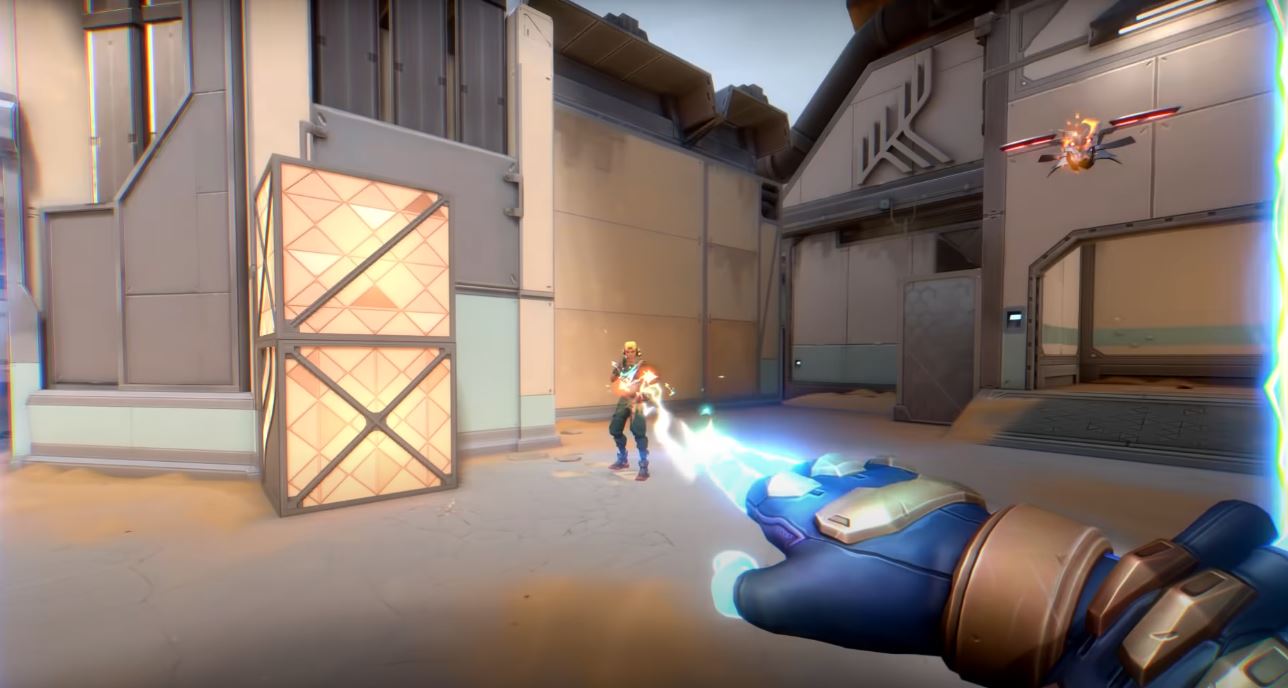 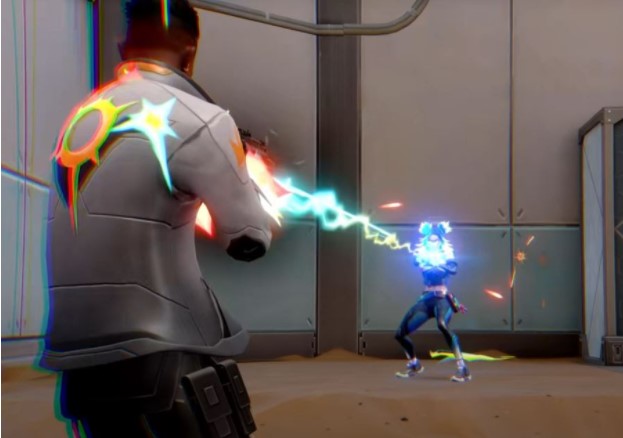 Her Lightning Quake will excel at clearing multiple commonly played angles on bomb sites since there is a lot of opportunity to rebound this ability and maximise the dual concussive function.
I.e. Rebounding from A Long can clear the Cubby at A Short as well as back site.

It is thought that Neon has the potential to excel at most maps in the game given that the high-level streamers and pro players establish valid lineups for Lightning Quake and uses for her Fast Lane.

It is tough to predict right now whether some maps are better suited to her than others. She is strong when in close-range skirmishes with opponents as it is tough to track the speed at which she can come flying in.

Chamber was released not long ago with two deadly weapons in his arsenal and now Neon is inbound inflicting electric shock to her opponents from her fingertips.

This beam of electricity easily deals lethal damage to opponents. These two additions back to back highlight how Riot developers seem set on providing agents with more unique and inbuilt ways to kill enemies. This spices up the game and prevents things from getting bland with stock standard rifles used every round.

It is cool to see the devs empower Neon with a lethal ultimate that seems like it will go toe-to-toe with Jett’s Bladestorm. It is safe to say that nothing up until this point can compare to Jett’s fast-paced and nimble playstyle.

She has been able to get out of danger free with evasive dashes. Moreover, she has been bamboozling her opponents by adding Updrafts into the mix and then securing kills with the pixel-perfect precision of her kunai.

Rest assured, the era of Jett duelist supremacy may finally be over. Neon’s kit may just be deadly enough to compete equally against Jett. I’m pretty excited to see Neon sprinting, sliding, and zapping enemies dead all at the same time. It seems much of the community is pretty hyped too.

Hope this information has left you feeling a bit more confident to lock in Neon and give her a shot. It is strongly recommended to give her a practise in the range, in custom games and or in Unrated before picking her in ranked as she is tricky to get the hang of. As always best of luck in your ranked grind!