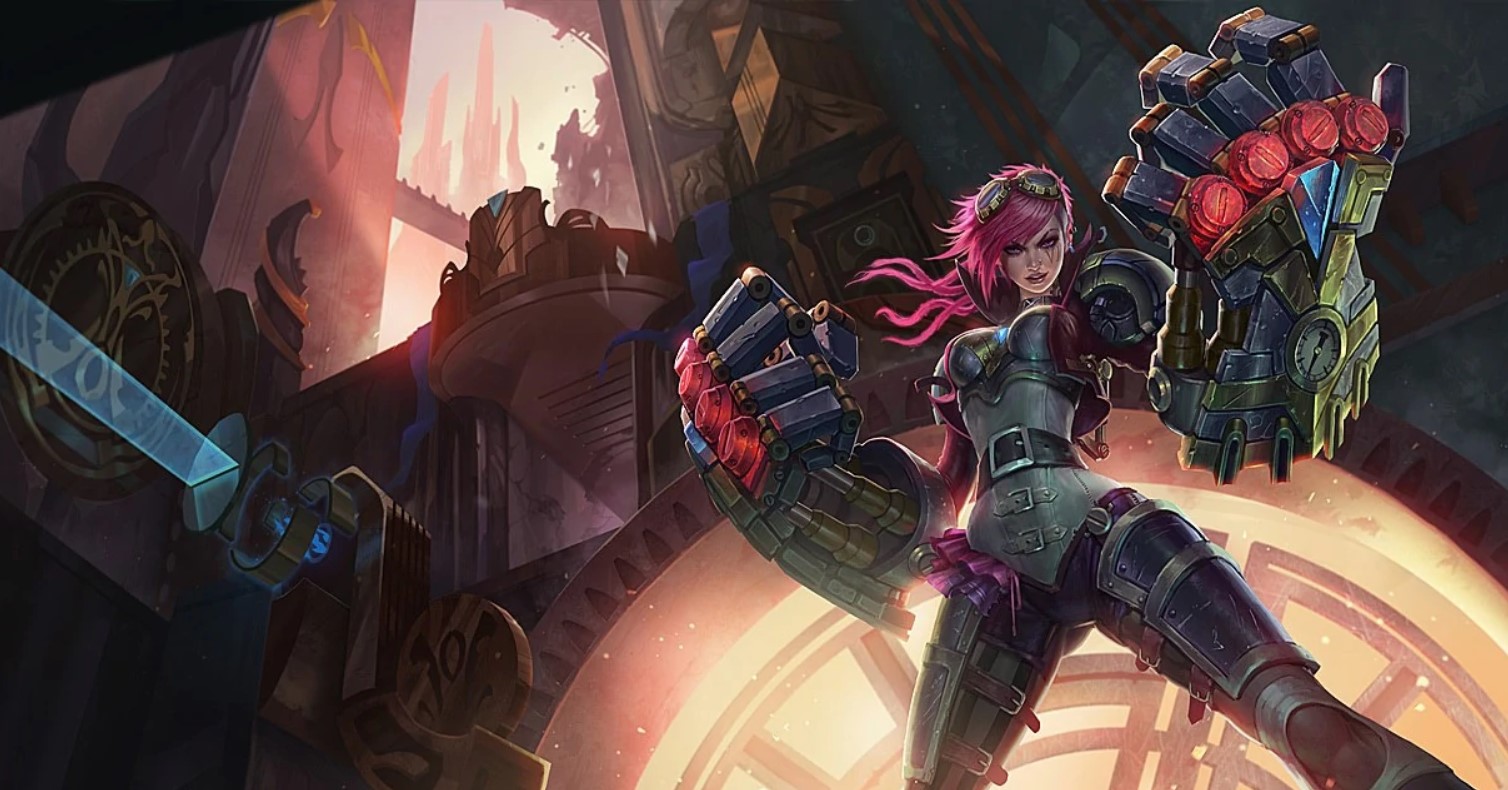 Vi is the sixth brawler in TFT, the fourth Hextech, and is unique because of her ultimate. She can use it to access the backline and disable a carry. If itemized for damage, she can even blow up a carry with her surprising damage potential. She has a great passive and is versatile enough to fit in many comps, including ones with assassins that compliment her diving. Between her Hextech passive and her ultimate, most backline carries are going to have a hard time doing their thing around Vi.

Vi lunges to the enemy farthest from her (similar to Blitzcrank) and knocks them up. All enemies that she hits on the way are knocked aside and take damage.

Vi needs some sort of defenses to make sure she carries out her role. GA is perfect for ensuring that she gets her ult off. Her ultimate damages all units she passes through en route to the farthest enemy. Take advantage of this with Morellonomicon. This also ensures the carry you are targeting can’t lifesteal.

Locking down carries is what Vi wants to do most of the time so something like Sword Breaker, Frozen Heart, or Hush compliments her kit really well. A Phantom Dancer is a nice touch to make yourself hard to kill vs Draven or other carries.

Vi can do respectable damage and just kill carries instead of locking them down if you itemize with Titanic Hydra and Gunblade for healing.

Really Vi can go into any team comp that needs brawlers (there are a lot of them!), but here are a few that take the most advantage of her Hextech passive.

This comp relies on having a lot of front line for your team along with wild and Hextech passives to gain a significant advantage. You have two choices for end game: place a Yuumi on Gnar, or level to 8 and put in Veigar for yordle and sorcerer bonus.

This comp relies on some front line beef along with the Hextech passive to buy time for your slingers to dismantle the enemy. You can shut down enemy carries hard with Vi, Blitz, Pyke, and Hextech.

How to Position Vi Vi wants to be able to beat up enemies and get beat on, so she can launch her ult. You want to place her opposite from the backliners you want her to target, like Blitzcrank, except she has to move and built up mana before ulting. For this reason, she should be the front liner closer to the edge of the board.

In the worst-case scenario, Vi is just another brawler no worse than Warwick, Volibear, or Reksai without items. In the right setup, she can nullify the opposing team’s greatest strengths.

Expect to see Vi in a lot of comps that rely on brawlers when she comes out.

Thanks for reading! Let us know what you think of Vi in TFT in the comments below.