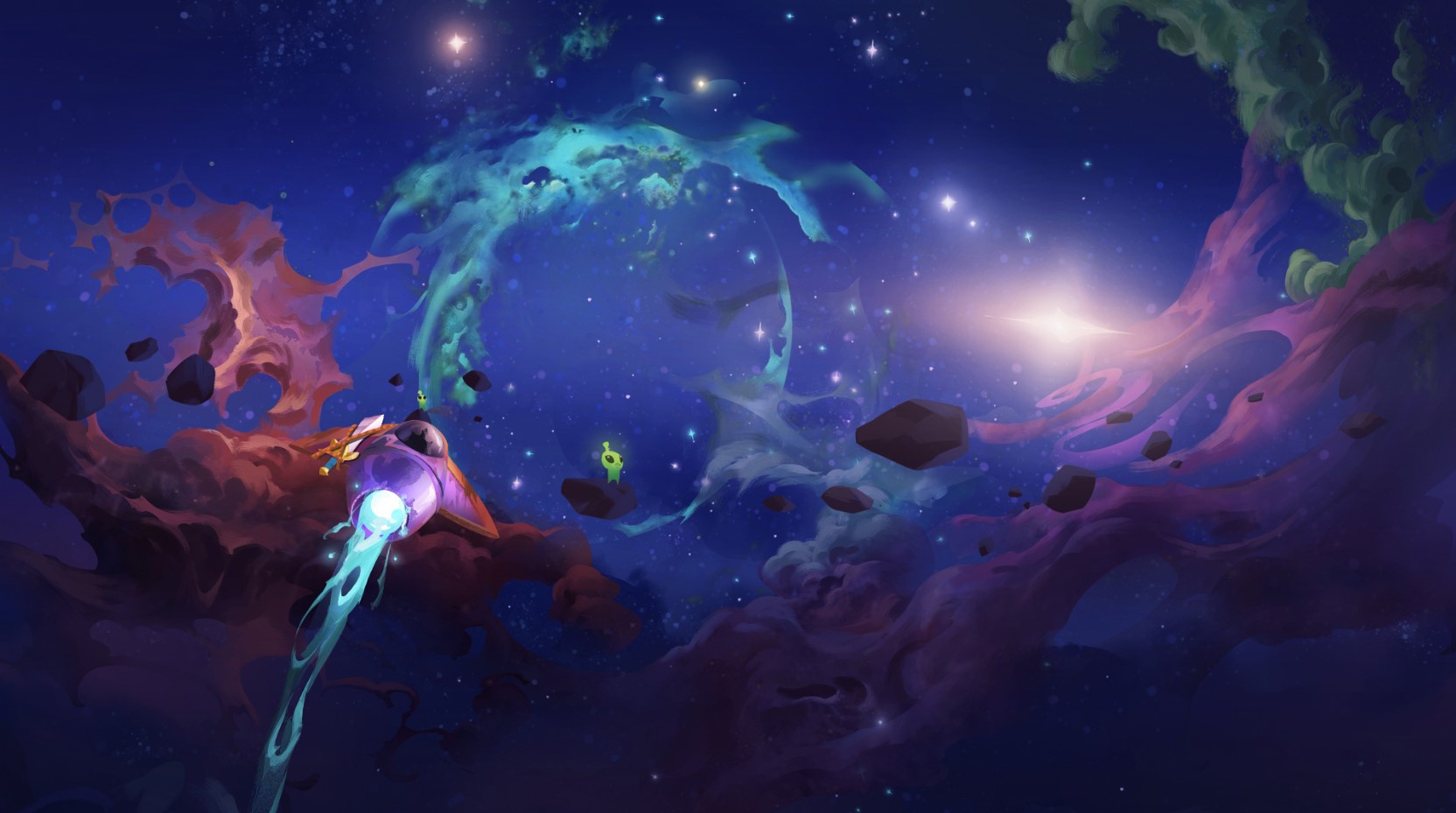 Tips for Climbing Every TFT Rank (From a Grandmaster Player)

How to Climb out of Every TFT Rank

If you find yourself being hard stuck in a certain elo or lose way more LP than you gain, it’s time that you look at what you can improve on rather than queuing up and expecting better results. There are likely habits you can improve on that will greatly improve your climb.

Over the course of the game’s life span, I’ve watched many streamers and friends play at varying different ranks. I’ve successfully reached Challenger in both Set 1 and Set 2, (although I ended the sets at about 400 LP Grandmaster). Since then I’ve mostly floated around High Diamond / Master in the sets since then.

I’ve coached a player who was new to TFT to Diamond after only a few sessions. While I may not be the best, I have studied and seen things that I believe players should work on during their climb up.

With this in mind, I’ve categorized what I believe is lacking from most players at certain ranks in the game. Do note that this is a generalization from what I’ve seen from other players. You may be a Gold player that does certain things better than most Plat Players.

You may be a Diamond player that might not have the fundamentals of a Plat player. Keep this in mind when reading through my tips and see what you can apply for yourself. For these first two ranks, I group them together because you are likely new to the game, or possibly new to auto chess as a whole.

One lucky win in your placement is almost enough to separate Iron from Bronze.

Also, note that these tips are great for anyone trying to get their friends to play TFT. Slowly introduce them to the game rather than throwing them into an information dump.

In this elo, I recommend two things.

Learn all the mechanics of the game.

You should understand how the game works, how gold works, how rolling works, what champion abilities are, etc. It can be quite daunting for a casual or new player to quickly learn 50+ champions and even more item combinations but focus on the core gameplay rules first. My next tip will help you slowly build your knowledge of the game over time.

Learn 1 Comp, and play it until you understand how it works

As a new player or casual player, you don’t want to spend too much time learning everything before you go into a game. You should queue up in ranked or normal and simply play and practice one meta comp. Learn the 8 or so champions that make your final build, and learn a few good champions to use in between.

After you are able to play 1 comp a few times, you will slowly learn what the items do, what the champions do, how to make the items, etc. Once you feel like you’ve learned it and can replicate the comp without a guide, move onto another comp. This process will be fresh as you are exploring new comps constantly. Over time, you will learn what all the mechanics of the game are. Things like economy, scouting, positioning, and itemization are all things that you will slowly pick up over time by either playing the game or watching others play. When you learn a new comp, you may follow a general guideline, but start to branch out and begin to understand why certain things are the way they are. Ask yourself question like:

Silver and Gold are where you should begin to understand the game on a core level rather than following a guide perfectly.

While you can climb very high playing one build the same way over and over, patch updates or meta shifts can put your climb to a halt.

By learning these skills, you will be able to know when to adapt certain comps in certain situations.

Maybe instead of hyper rolling, you decide to slow roll, or maybe you decide to build a suboptimal item to try and reach top 4. Learning fundamentals will allow you to make the most out of every game rather than going all-in on one strategy. Platinum players usually have got the basics down, but don’t necessarily apply many of the fundamentals every game. Platinum is very achievable for players who follow a guide for the strongest comp in the meta, but recently, TFT has shown more diverse metas that reward players for playing flexibly and adapting to the situation.

For Plat players, I have two main tips:

Apply the fundamentals throughout the game

By this point, you should understand how to build your economy, how to scout, how to itemize, etc. But you should be able to apply the skills you’ve amassed throughout the game. The best players scout almost every single round and reposition their board to give them the best possible chance of winning.

You may have found solid success in following a strategy, but learning how to adapt and being disciplined enough to do it throughout the entire game will give you a much better chance of climbing through plat.

Start to create your own playstyle

Playstyle is something often overlooked in TFT, but it is something that is very important to climbing higher and to possibly even climb to Challenger.

What do I mean by playstyle?

For example, you may be a player that likes to play only 1 comp and to play it to perfection. Kiyoon is a perfect example of a player who for a long time only played Mech Infiltrators. He was arguably the best Mech Infiltrator player and knew every single detail about the comp.

On the other hand, you may want to play like Polt’s, who plays very aggressively and mixes and matches synergies based on what he finds.

Either way, you should begin to understand how you enjoy playing the game, or what you have found brings you the most success. By doing so, you will have a clear vision of how the game will play out, and can make decisions to best achieve that vision.

By understanding and coming up with your own playstyle, you will make faster decisions like:

By figuring out your own playstyle, you will be able to make decisions faster. With that extra time, you can use it to scout and reposition or talk to chat if you’re a streamer.

Furthermore, by solidifying a playstyle, you will begin to understand your strengths and weaknesses. Maybe you have found a system of itemization that works for you, but you are lacking when it comes to champion selection in the early game.

Eventually, you will be able to create a unique playstyle that only you can replicate. No two TFT players will make the exact same decisions in a game, and this is where you need to find what gives you an advantage. Unfortunately for Diamond players, this is where it can start to get rough. For the most part, climbing out of Diamond is simply the skills you learned to climb out of Plat, only, you do it better.

Everything you’ve learned up to this point should be refined even more.

If you’ve been scouting and repositioning well, you need to do it better. Find the position that gives you the best chance of beating multiple boards.

Get in the right mindset

If you’ve hit Diamond, it’s likely that you are fundamentally sound. At this point, if you haven’t already, take a step back to put yourself in the right headspace.

If you lose a game that’s extremely close, don’t tilt. Instead, ask yourself what you could’ve done better. It’s impossible to top 4 every game, and you should always be looking for ways to improve. If you’ve reached Master, first of all, congratulations. While some may discount the achievement, getting Master is not a simple feat for the vast majority of the players. You should feel proud of your accomplishment up to this point.

It would be boring to simply say do everything you’ve done up to this point but better, but really, climbing higher in Master is just that. If you think you’ve mastered an aspect of the game, you likely haven’t yet. And if you truly believe you have a skill down, master another skill. While this will be a majority of the improvement you will strive for, you should also do one more thing…

At this point of your climb, you should look to find out what it is you excel at and hone in on that. You’re starting to compete with the best of the best, and you need to find what it is that makes you stand out.

For me personally, I found that I learned new comps very quickly, so I would often play new and strong comps early when the community would find out about them. As more players caught on, I would lose my edge. As such, I usually played more games when patches first hit, or when a new comp gained popularity.

If you haven’t figured out that special sauce that you have, don’t worry. It took me many months before I realized what my strengths were. Take your time, continue to improve, and you will over time begin to realize what it is you have that other players don’t. Honestly, at this point, you just have to commit to being the best. If you want to climb up and into Challenger, you have to really put in the time and effort to compete with those that live and breathe TFT.

If you’re like me, you’ll be happy with Grandmaster and continue playing for enjoyment, but if you really want to hit Challenger, you must have the drive and determination to make it happen.

Youtube Content Creator and experienced strategy gamer, playing many TCG’s such as Hearthstone, Shadowverse, Flesh and Blood, and more. I hope to share and polish my knowledge on strategy games to help other players reach their goals in gaming.