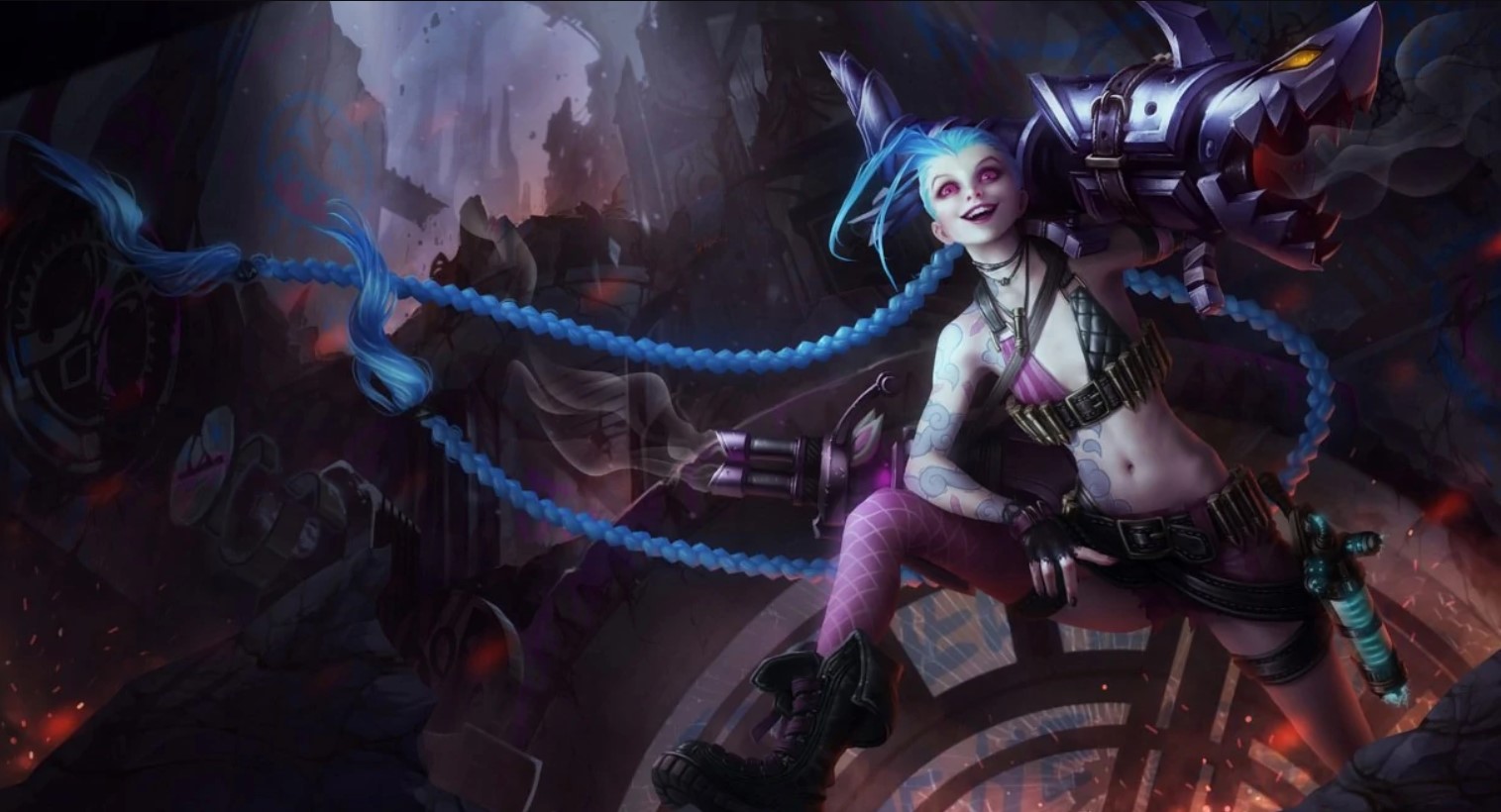 Jinx, one of the most beloved League champions is finally coming to TFT as part of the Hextech quartet.

Much like Vayne, Jinx is a mana independent champ who possess no actual ultimate spell and instead relies on auto-attack based damage. Due to the tremendous amount of damage that she can put out, she can be a main late-game carry like your best friend Draven.

Jinx completes the puzzle and gives you 6 gunslingers which opens up comps that do massive AoE damage and disables to the enemy team. Essentially, you will be racing to blow them up before they have a chance to do anything.

Jinx’ ability has two activations. After her first assist or kill, she gets an attack speed buff. Once she gets a second assist or kill, her gun transforms into her rocket launcher which causes her damage to become AoE.

Since she is a gunslinger, they all chain off each other applying massive amounts of AoE damage.

Jinx doesn’t need mana items. Since she is a gunslinger, on-hit items do great but you are probably better off distributing those to your other slingers and feeding her damage. This lets you spread items and avoid Hextech disables.

Jinx’s passive gives her a massive amount of attack speed on kill, so raw damage is more valuable here than attack speed.

As always you want defensive items to make sure that she can survive random damage or being a target, but you will have to decide how much and what kind based on the opponents you are up against.

Jinx makes a great blademaster if you are running the right setup, so always keep that in the back of your head.

This relies on the full might of 6 slingers and making Jinx a blademaster. Slotting in a Camille gives you Hextech which makes other teams weak for just the few split seconds you need to wipe them out.

This one is hard to build as a comeback since you need to be 7 and 8 to hit your true spikes, so only attempt if you are ahead or in no threat of dying.

This comp relies on some front line beef along with the Hextech passive to buy time for your slingers to dismantle the enemy.

The blademaster comp has a more potent end game trajectory but this comp will definitely hold its own, shutting down enemy carries hard with Vi, Blitz, Pyke, and Hextech.

How to Position Jinx You want Jinx to be snug in the back, but you also want her to be not the farthest left or right so that she can’t get Blitz hooked or Vi smashed. Place her in the middle as depicted above.

Jinx is going to enter the meta in a big way. She’s a very strong late game carry that slots well into an existing ranged carry comp that is strong.

Gunslingers always had an issue killing stuff before their lack of defenses catch up to them, and with her passive disabling the enemy team long enough for her passive to kick in, she’s going to be a contested unit on debut.

Thanks for reading! Let us know what you think of Jinx in TFT in the comments below.