There are a lot of exciting cards in today’s variety reveals! 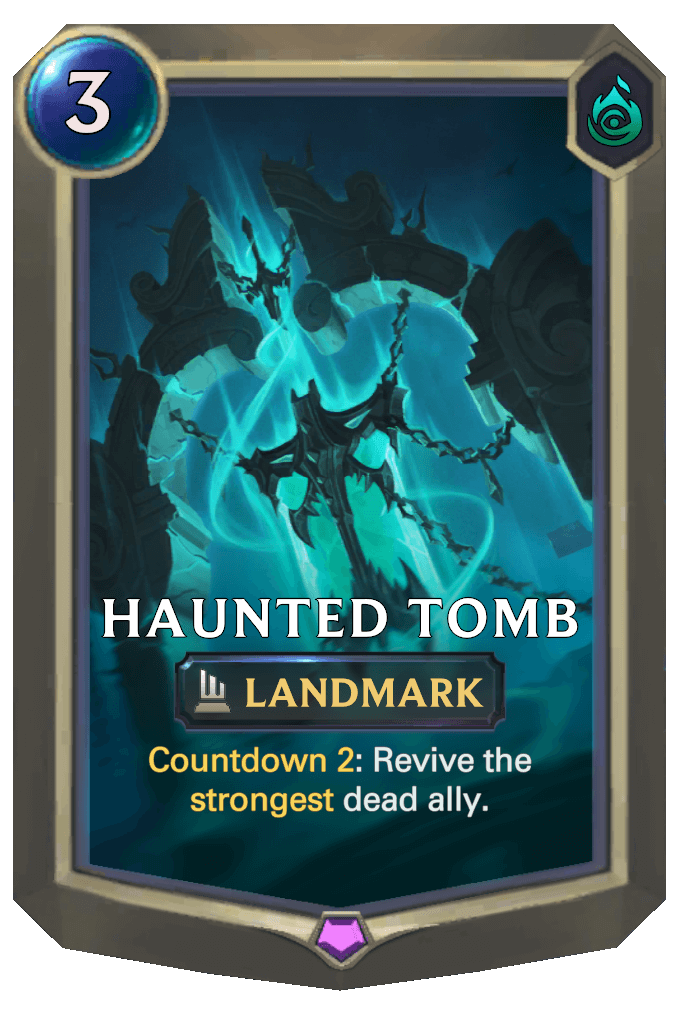 Haunted Tomb is a 3 cost Landmark with Countdown 2 to summon the strongest dead ally. This is good in a plethora of decks and scenarios. Its cost is 3 which is likely less than the mana of the card you are reviving, and Countdown 2 is relatively fast as well.

You can use this to reborn Rekindler, Champions, Mistwraiths or all kinds of things at a cheap cost and fast pace.

This can be used in Nasus Thresh to reborn Nasus, or Viego deck to reborn Viego or Hydravine. 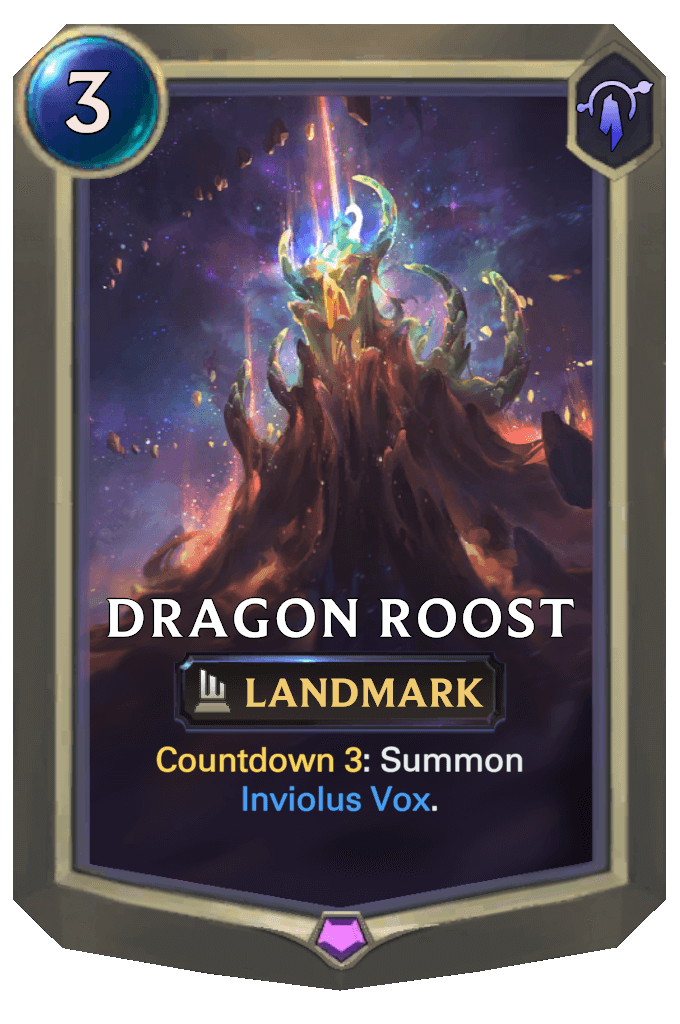 Dragon Roost is a 3 mana Countdown 3 landmark that summons an Involious Vox. This card is great in Dragons because it fills your 3 cost slot, which was generally lacking besides Wounded Whiteflame.

This card is mana efficient because it summons a 6 cost card for 3 mana and Involious Vox lets you get your engine going.

The card is a bit slow and weak to Aggro, which is already a problem Dragons have. But this allows you to accept a weak matchup against Aggro and be stronger against everything else. 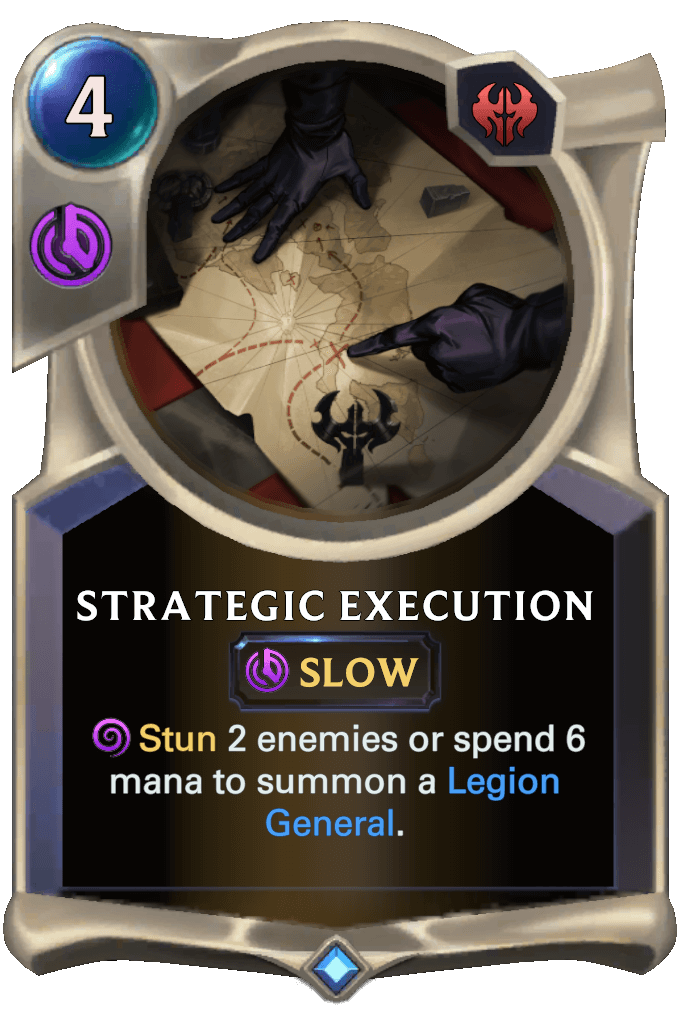 As a long time Yasuo fan in LOR I think this card is pretty good in Yasuo. It has the option to stun two enemies to get your engine going, or give you payoff via Legion General.

This card adds a lot of consistency to the deck because one of the issues is not drawing Yasuo, and now you can summon a Legion General as stun payoff instead.

Alternatively, if you have Yasuo then you can just use it to stun two units, damage them with Yasuo, and start leveling him up. 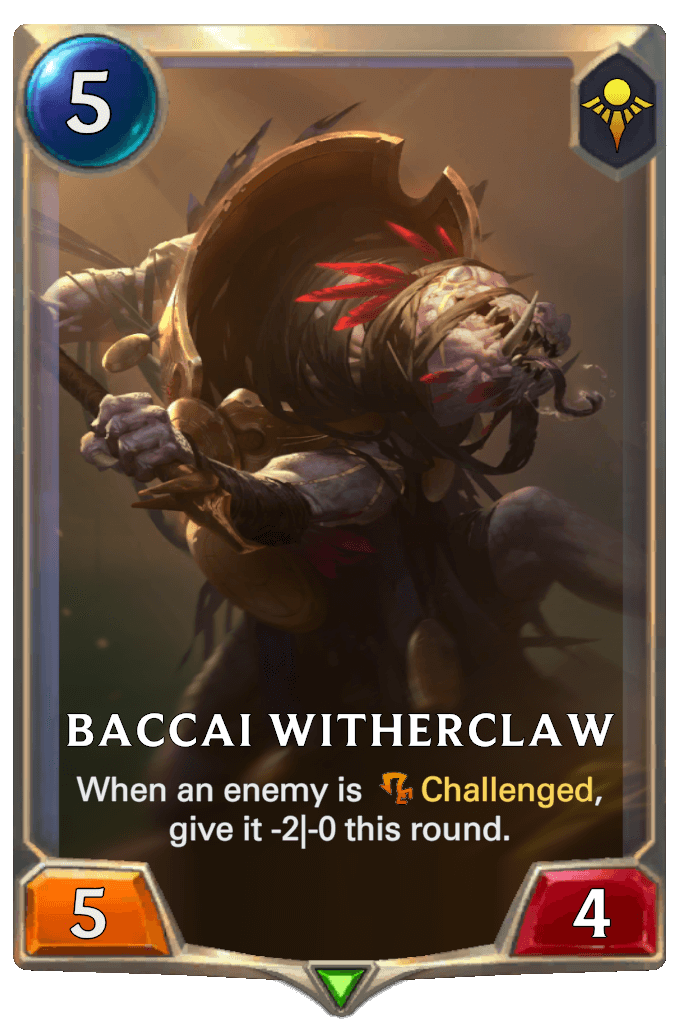 This works well with decks based around giving enemies Vulnerable and cleaning them up with Renekton.

In the past, we’ve seen decks such as Renekton Sejuani, Renekton Jarvan, and Renekton Sivir try and do this but there wasn’t enough payoff or consistency.

Now your cards like Merciless Hunter, Exhaust, and Ruthless Predator have a bit more payoff and the deck can come alive. 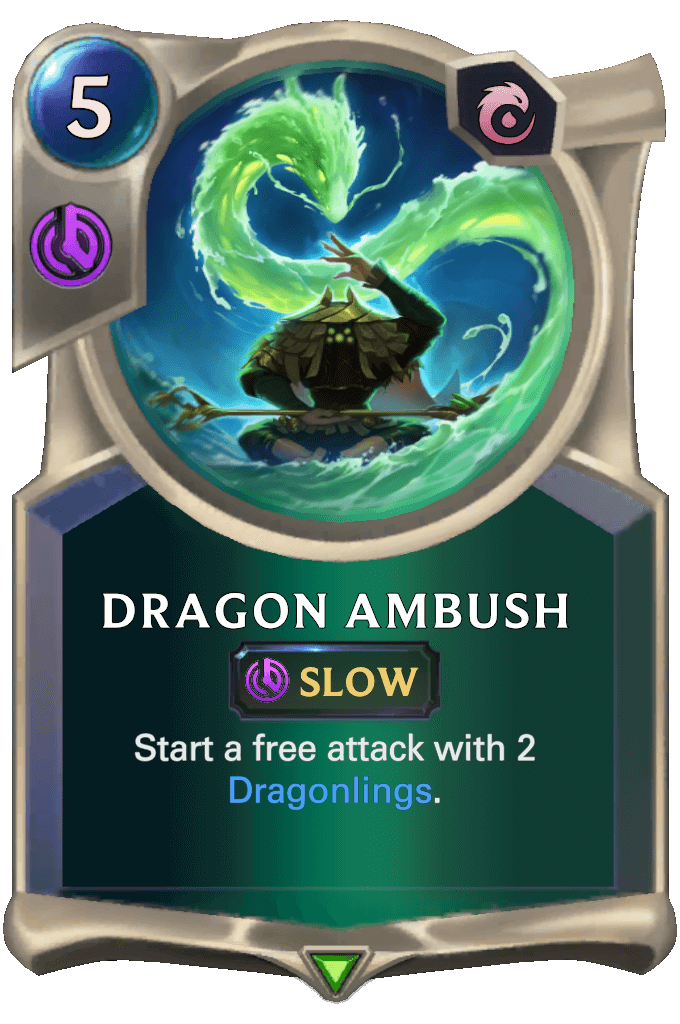 Dragon Ambush is a 5 mana slow spell that starts a free attack with two Dragonlings. In Ionia decks the healing can be nice, but where this really shines is Irelia decks. Starting a free attack synergizes greatly with Irelia and this now gives them lifesteal on top of this.

This card adds a lot of consistency to MF Irelia who needed a few more cards to get going. This could also see potential slots in Irelia Azir to help the Aggro matchup.
Celestial Trifecta:

The Celestial cards are generally strong for their cost and often have to behold other Celestials for their powerful effects, which this allows you to do easily. Targon decks love to slow the game down and play for value, and this card gives you tons of value and win cons to boot.

This will likely see competitive play in tons of Targon decks such as Aphelios piles. Having access to this powerful toolbox can give you silences, stuns, draw, removal, board clears, win cons, you name it. 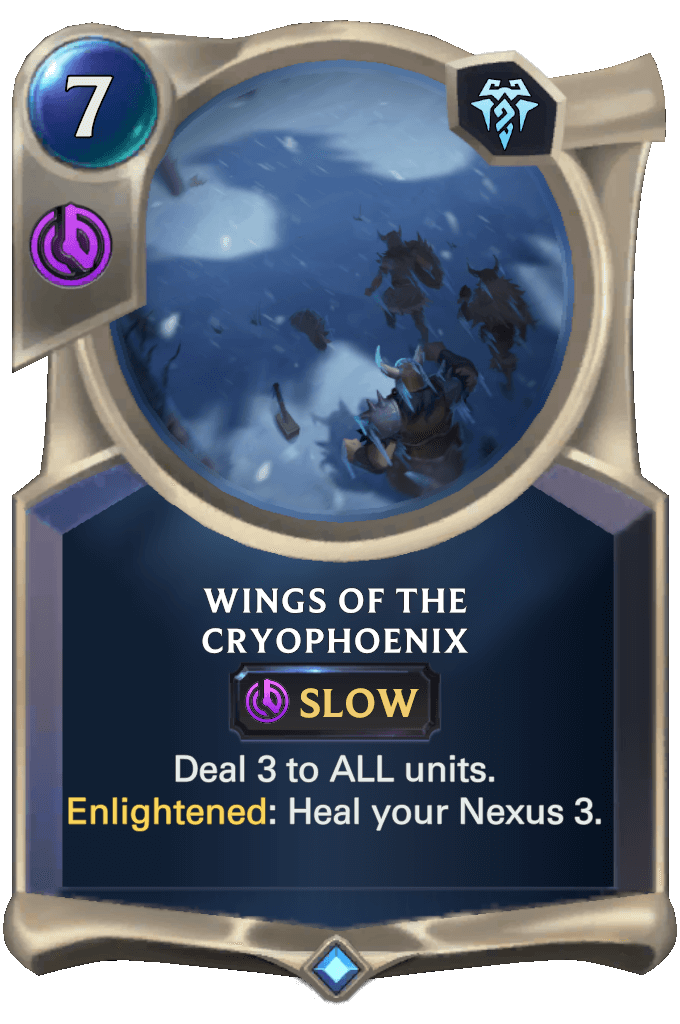 Wings of the Cryophoenix gives Frejlord access to yet another board clear. This card deals 3 damage which is nice for Frejlord considering most of their board clears deal 2 damage. Generally, against Frejlord you want to play 3+ health units to counter Avalanche and Blighted Ravine.

This helps mitigate that counterplay by clearing the 3 health units. This card is also nice because it uses spell mana so it can be used earlier in the games, and create difficult spots for the opponent to play around.

In the late game, this card can also heal 3 once you are Enlightened to make sure you are out of burn range. 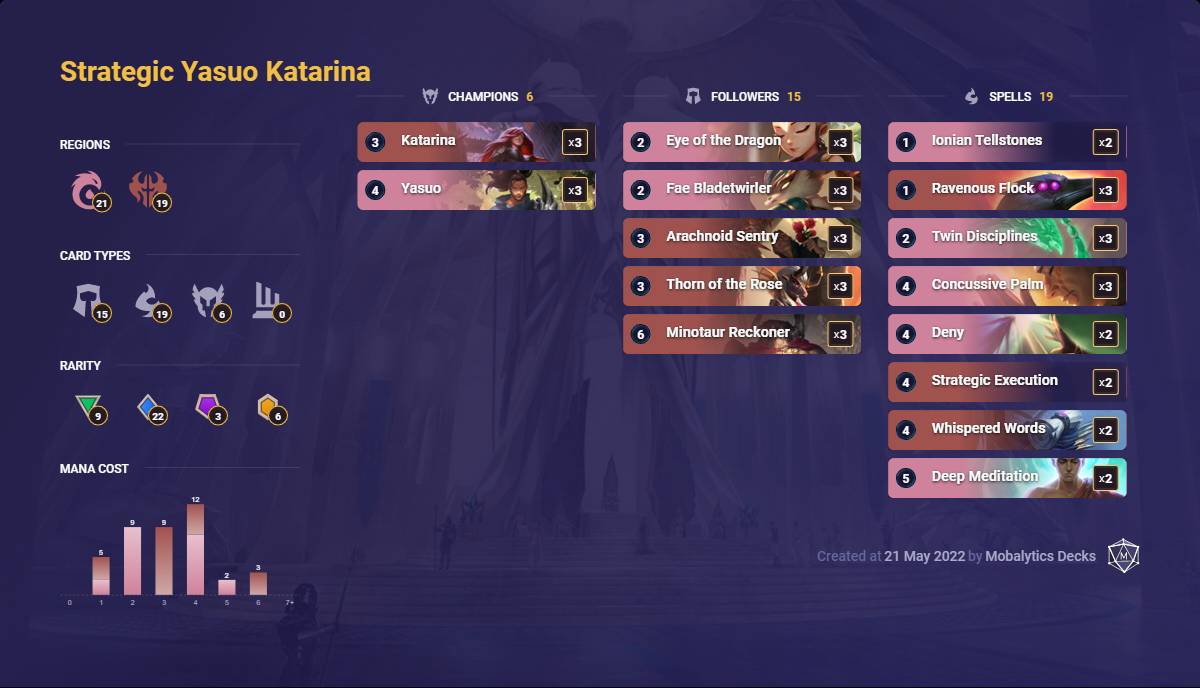 You can utilize the plethora of spells off Katarina, Thorn of the Rose, and Ionian Tellstones to trigger powerful cards like Eye of the Dragon and Deep Meditation.

That’s all for today, stay tuned for more reveal articles!