And what do we like to play when trying to climb fast? BURN! Look no further, because Annie is here! 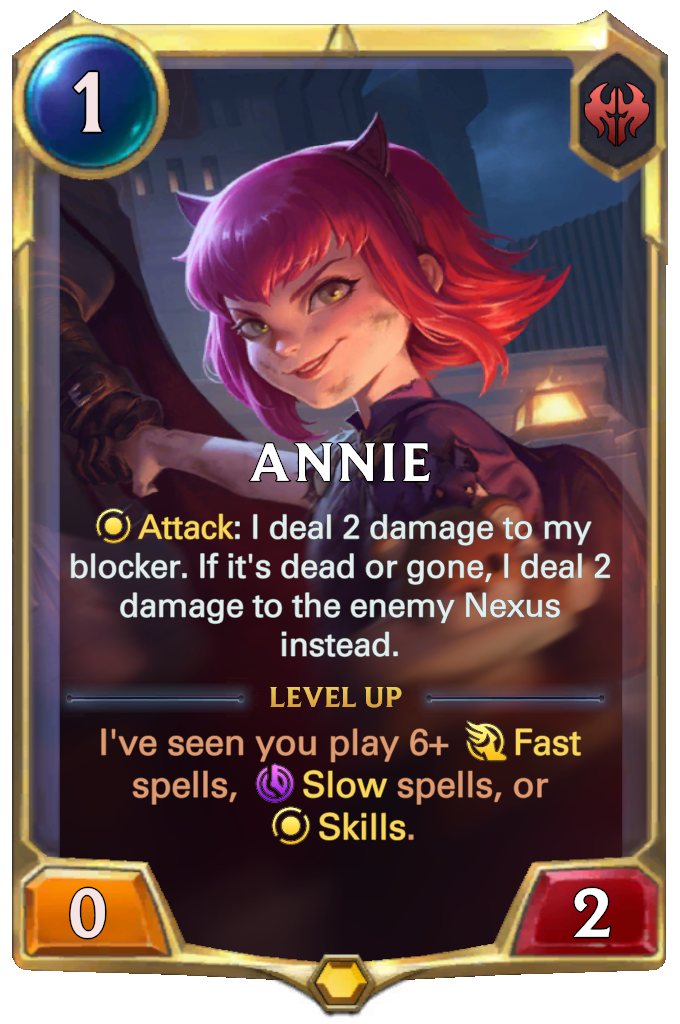 Oh man, we get another one mana Champion. If Riot wants Annie to be good, they’re following the perfect recipe for success. Just look at the four we have already. Fizz, Kennen, Teemo, and Zoe. Each one has seen competitive play, and many of their decks have seen multiple nerfs. What about Annie?

Annie is an incredible 1-drop on offense. She effectively attacks as a 2/2 with Quick Attack, as her attack trigger will ping the enemy before units strike. Similar to Taliyah, if the blocker gets removed, the damage hits the Nexus.

This makes Annie incredibly obnoxious to block, and she’ll likely deal a lot of damage the first couple turns. On the flip side, Annie only blocks as a 0/2, but compared to her offensive power, it’s a small price to pay. Prepare your 2/3’s and Mystic Shots!

We’re at a point in LoR where there’s a TON of skills. The Noxus aggro package is full of them, and I think that’s exactly where Annie wants to be. Units like Legion Saboteur occasionally trigger their skills more than once, and alongside playing spells, make the 6+ threshold pretty reasonable to achieve. Annie herself will likely contribute at least once or twice. 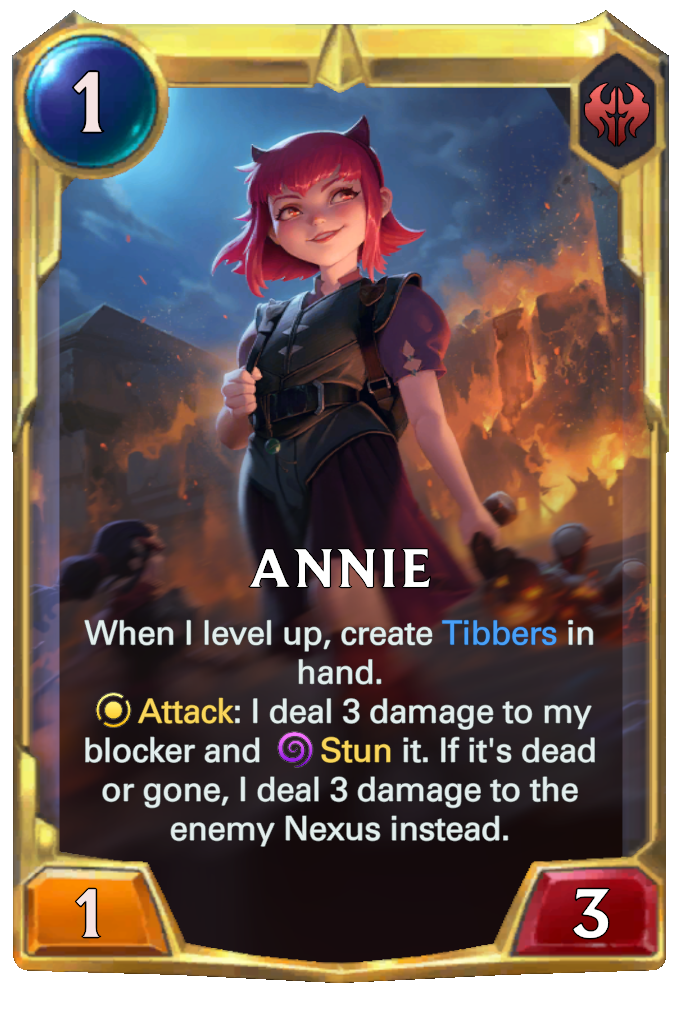 Annie’s level two makes her even more frustrating to block and getting Tibbers is a nice bonus. However, due to Annie’s aggressive nature, I would consider her flipped side more of a consolation prize than the objective. By that time, you’ll likely be burning the opponent out. 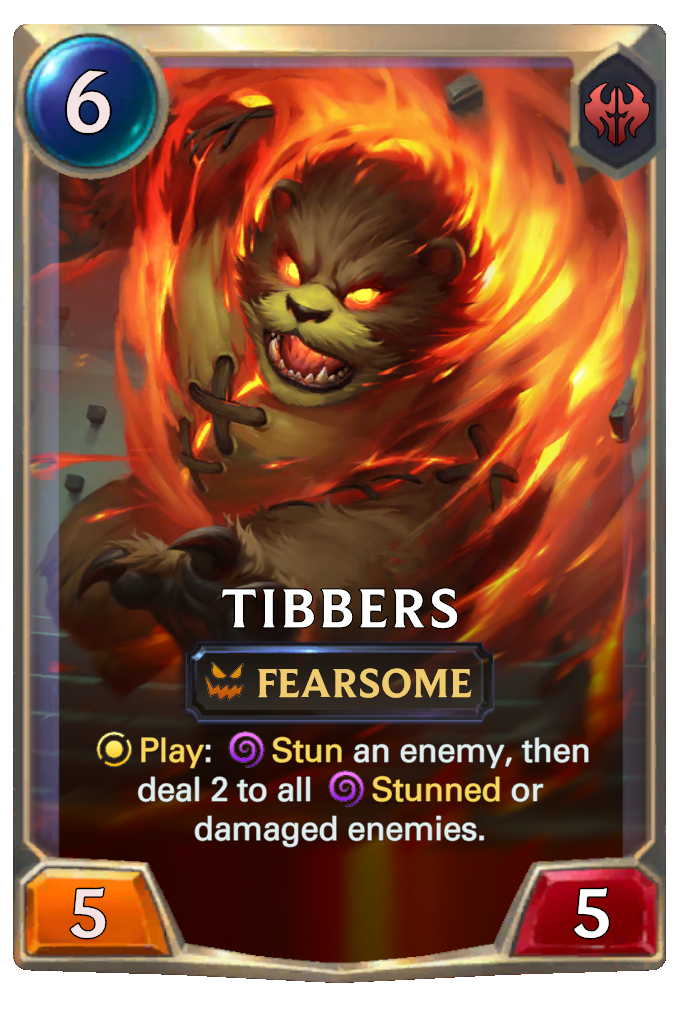 I will say, in the case where games extend longer than planned, Tibbers does make a great backup plan. The play effect can function as a pseudo board wipe in some cases, and will often prevent at least a couple units from blocking. A 5/5 Fearsome is nothing to scoff at either.

I don’t imagine this will come up too often, but it does put the opponent on an additional clock to remove Annie. As even if she isn’t able to attack for two, if she sticks around a couple turns, out comes Tibbers! 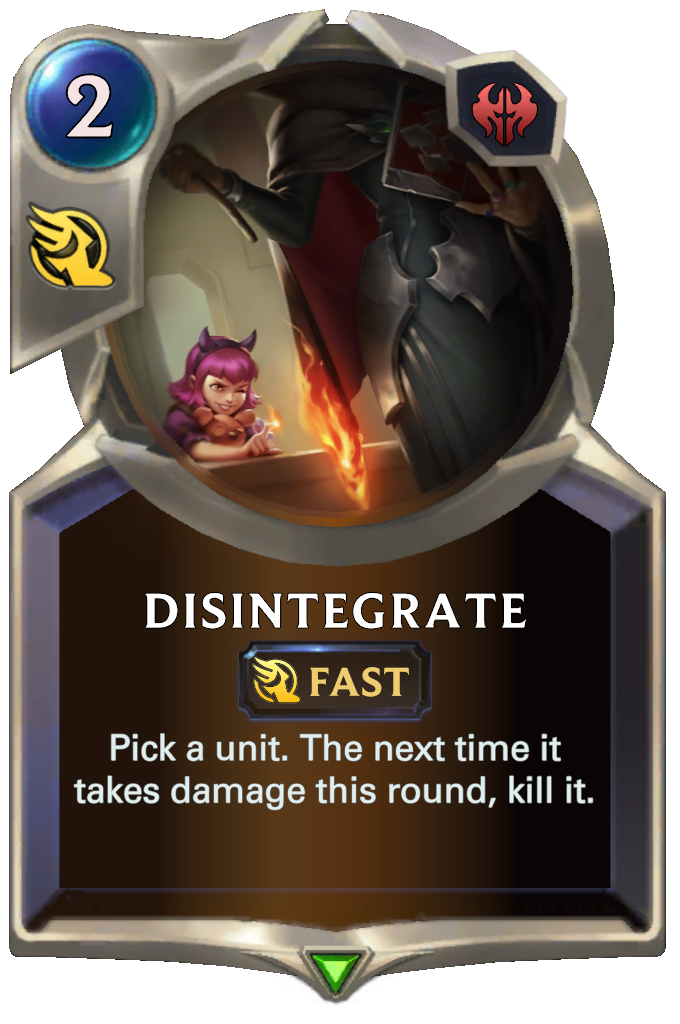 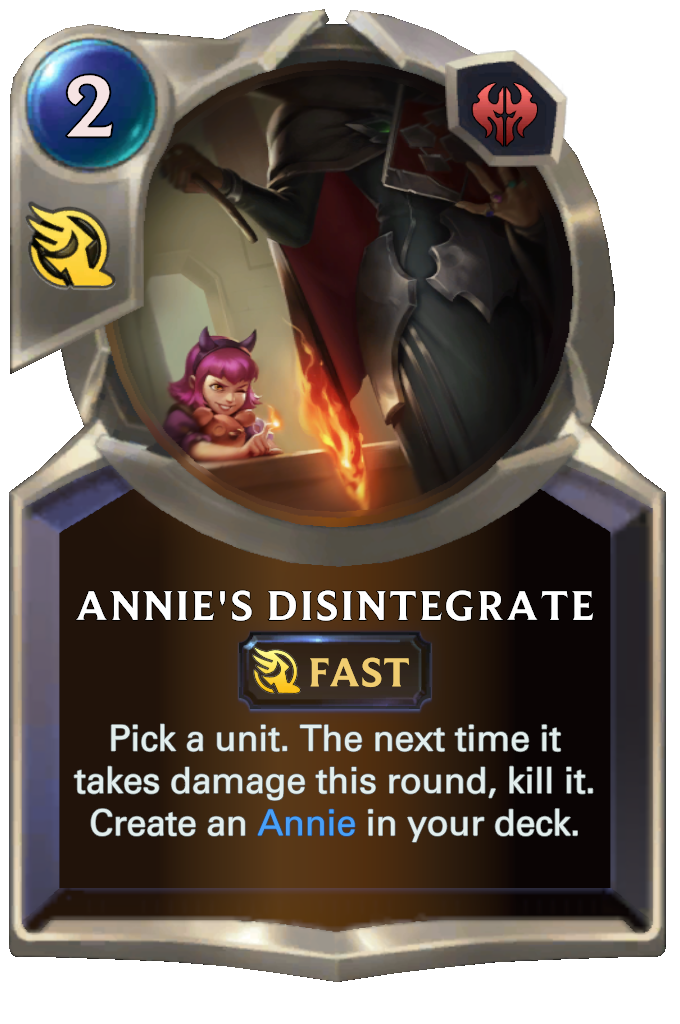 Disintegrate is a really neat piece of interaction that will play differently from what we’re used to. It’s sort of like a reverse Noxian Guillotine. The key thing to note is you can’t stack damage on top of it because Disintegrate needs to be applied beforehand.

The most practical use will likely be as a combat trick. You can chump-block with a unit and target theirs with Disintegrate. However, if they happen to have a way to prevent the damage, your Disintegrate does nothing.

At two mana this does allow for some sneaky outplays and interesting play patterns, but it does come at the cost of being quite counterable. You’ll ideally want some efficient ways to ping the enemy post-combat, just in case. Though even then, you’re 2 for 1’ing yourself.

I expect to see some decks experiment and slot Disintegrate as a one or two of, but we’ll have to see the play patterns to really know if it’s worth playing. 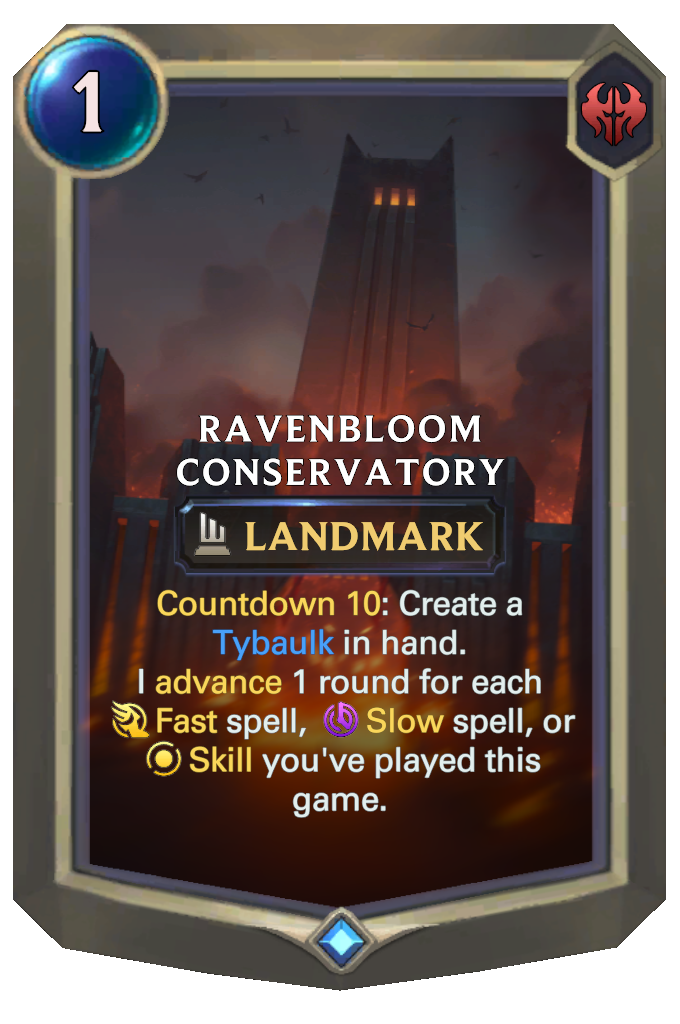 I’m not quite sure how to evaluate this card. Unlike most other unique landmarks, this one is actually cheap. One mana makes this quite considerable, but it will require a lot of skills and spells.

Let’s imagine this as a finisher/win condition for a slower deck. Most spells are often played reactively, and as such, are situational. This means we aren’t always casting something every turn to enable the effect. Despite the fact it has a countdown, there are better payoffs that require far less work. (Looking at you Ezreal)

Next, put this in the eyes of an aggressive deck full of skills. Skills being proactive does help tick down the clock.. But let’s not forget we still have to play Tybaulk, and that’s a whole six mana! By that time we just drop a Decimate and end the game.

Conceptually this card is pretty sweet, but I think it’ll just be more of a fun build-around than anything. 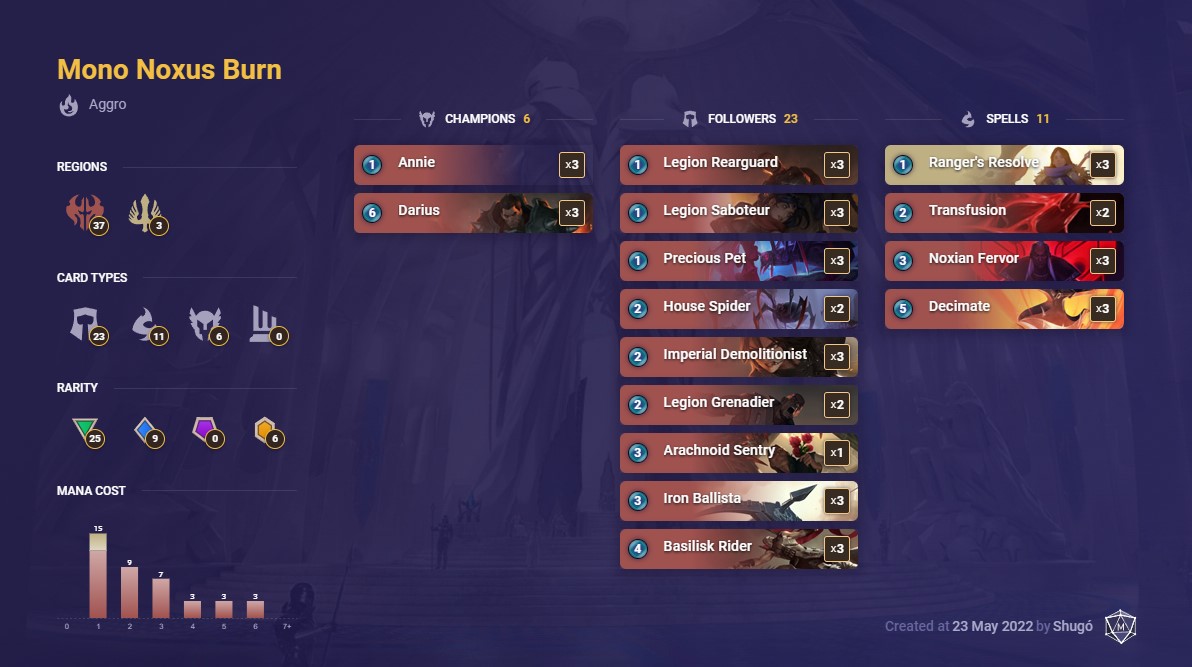 It’s time to bring back an old ladder favorite of mine. Basilisk Rider may not be the 6/4 Overwhelm menace anymore, but 5/4 Overwhelm is nothing to scoff at! The deck always lacked good champions…BUT NOT ANYMORE!

We get to jam a bunch of Overwhelm threats and punish interaction with our sneaky Ranger’s Resolve. Transfusion is another great, well-forgotten trick. While not quite as good without old Crimson Disciple, we can still use it to ping a unit that’s already dying in combat to buff an Overwhelm out of harm’s way.

Lifting the heaviest load first will lighten the rest of your day.

Stay tuned for more reveal articles! To build your own Annie, head to our Deck Builder.