Top 5 Freljord Cards in Legends of Runeterra (Monuments of Power)

Hey guys, NicMakesPlays here. I’ll be going over my list for the 5 best non-champion cards of Bilgewater and explain why they’re strong.

Hey NicMakesPlays here and today I am going to go over what I think are the Top 5 cards in Frejlord. Currently a lot of people think that Frejlord is really strong with their new Feel the Rush card and these cards can give some insight on Frejlord’s style. 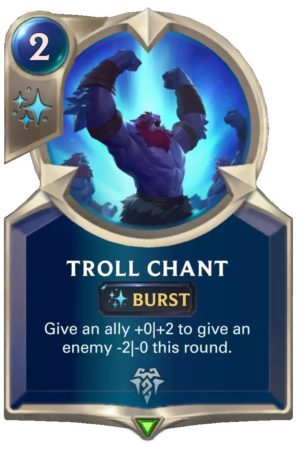 Troll Chant is a versatile combat trick that is efficient for its mana. It can be used to win almost any combat trade, counter opposing combat tricks, counter removal spells, save health, or even win combat trades with two of your units if set up right. One way or another this card will always see its 2 cost value or more. 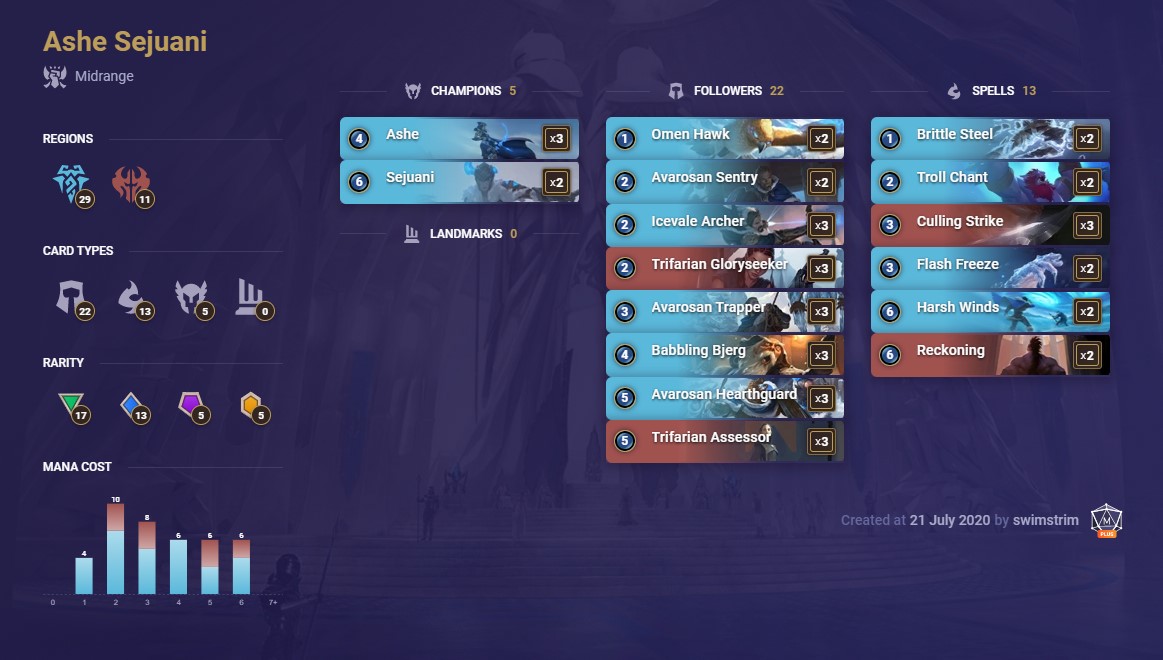 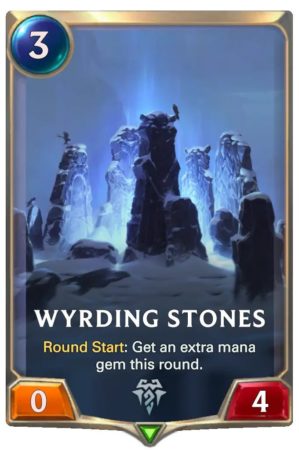 Wyrding Stones is one of the key ramp tools in Frejlord as it allows you to play Trundle on turn 5 as well as begin ramping to reach your late game cards such as Tryndamere and Feel the Rush before your opponent reaches their win condition.

4 health is a hefty amount for a 3 drop and it can be protected with Troll Chant as well as freeze/removal spells. 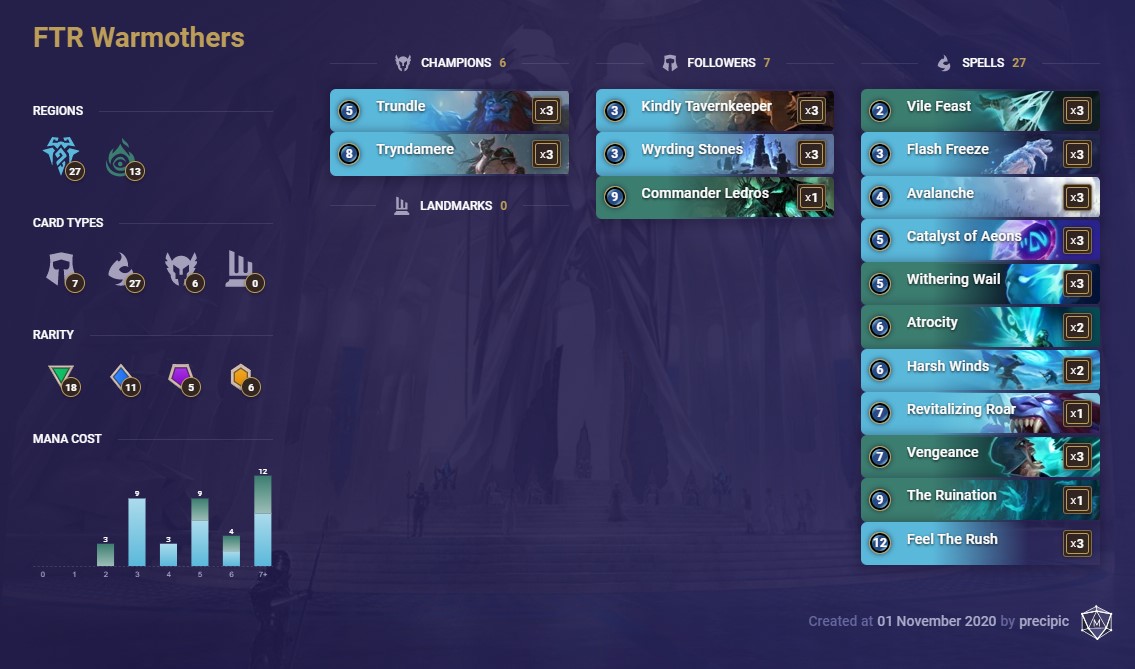 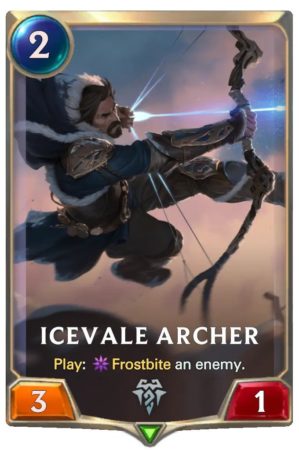 Icevale Archer is a 3|1 2 mana unit that Frostbites an enemy which can be useful in many scenarios, such as shutting down enemy offensive plays in their tracks.

Other uses include helping Ashe level up and setting up units to be killed with Culling Strike, Rimefang Wolf or Reckoning.

Another important thing to note is that Icevale Archer’s freeze goes through Spellshield, so it can even freeze units like Aurelion Sol and have more value in the late game that you’d expect for a 2 drop unit.

Try out Icevale Archer in Ashe Sejuani (which we listed with Troll Chant). 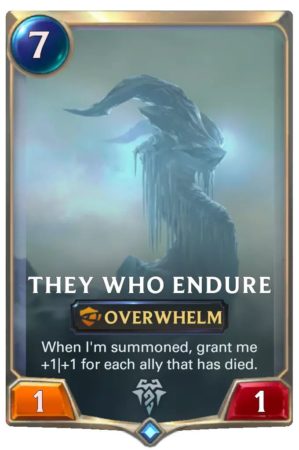 They Who Endure is so good it has an entire meta deck built around it. Although it isn’t used in traditional Frejlord archetypes, it pairs well with Shadow Isles and by acting as a strong finisher.

It’s best used with cards such as Barkbeast, Cursed Keeper, and Blighted Caretaker to deal a lot of early game damage while making They Who Endure stronger.

If you play your cards right, They Who Endure is summoned on turn 7 as a finisher that regularly has 10+ attack and Overwhelm. 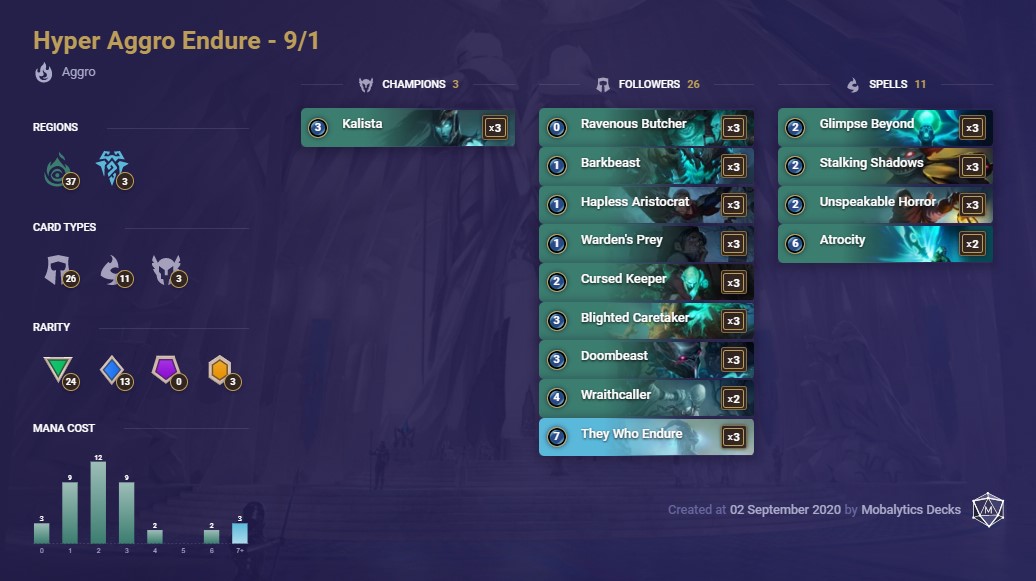 Feel the Rush is the new finisher for Trundle Tryndamere decks and as a replacement to Warmother’s Call.

The strategy of these decks is to ramp while using removal/healing to make it to the turn where you activate Feel the Rush to summon a 10/10 Trundle and Tryndamere and win the game from there. This is considered one of the best decks in the game right now.

Previously, you used Warmother’s Call and had to win over multiple turns but now Feel the Rush gives immediate value and lets you end games a lot quicker.