The Ruination vs Sentinels of Light LoR Spoilers Day 5

What good is any criminal mastermind without their crew to back them up?

I’m Jordan “WhatAmI” Abronson and Akshan looked pretty sweet yesterday so today we’ve brought along the rest of the heist team to help him out.

Let’s see how they measure up.

Here are the new Shurima LoR cards from The Ruination vs Sentinels of Light event: 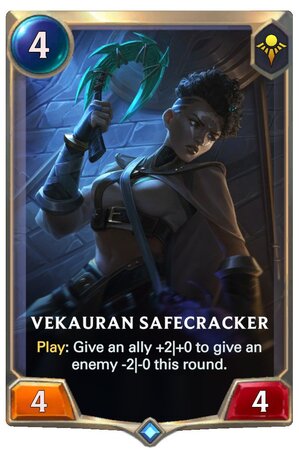 A couple of important things about this card. Number one, four mana 4|4 is nothing to sneeze at on its own. You don’t need much additional value for that to be quite a reasonable card. Number two, because of the wording on this card she won’t be able to play defense for you if your board is empty.

This seems like a solidly powerful support card for Akshan, getting targeting triggers while slowing down your opponent and/or paving the way for Akshan to attack. Potentially also some synergy with Elusive, Overwhelm, or Zed archetypes, but also just a solid card overall. 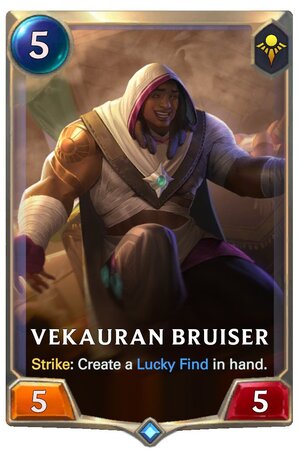 This one I instantly love for the variety of different archetypes it has the ability to help out. Akshan, obviously. But this card is amazing with Sivir, LeBlanc, anything Reputation based, and potentially even the weird LeeSin/Shurima concept that keeps trying to exist.

He’ll have to compete for space near the top of the curve with cards like Ruin Runner and Kato, so it’ll definitely be a tough fight. I wouldn’t count the beefy value generator out before he gets in his first few bruises though. The potential to generate permanent Overwhelm or Spellshield should not be underestimated. 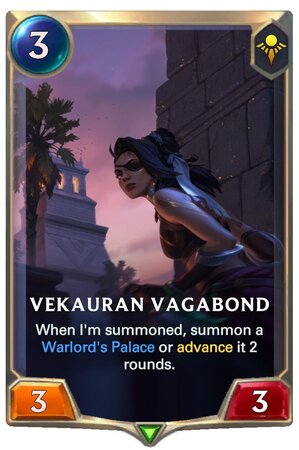 Well if the other two were Akshan’s hire’s for his heist team, this girl has been at his right hand the whole time. This is exactly what that potential archetype needed. It’s a solid body that clogs the board, a way to accelerate Akshan’s level up, and if you don’t hit your Akshan early it’ll get the Countdown started for him to show up to the party later.

I won’t say this solves every problem that deck was going to have, as that would be a ridiculous claim. However, it does add some serious consistency while also helping out significantly when you are already doing what you want to do. This is an auto three of in any deck running Aksha, change my mind. 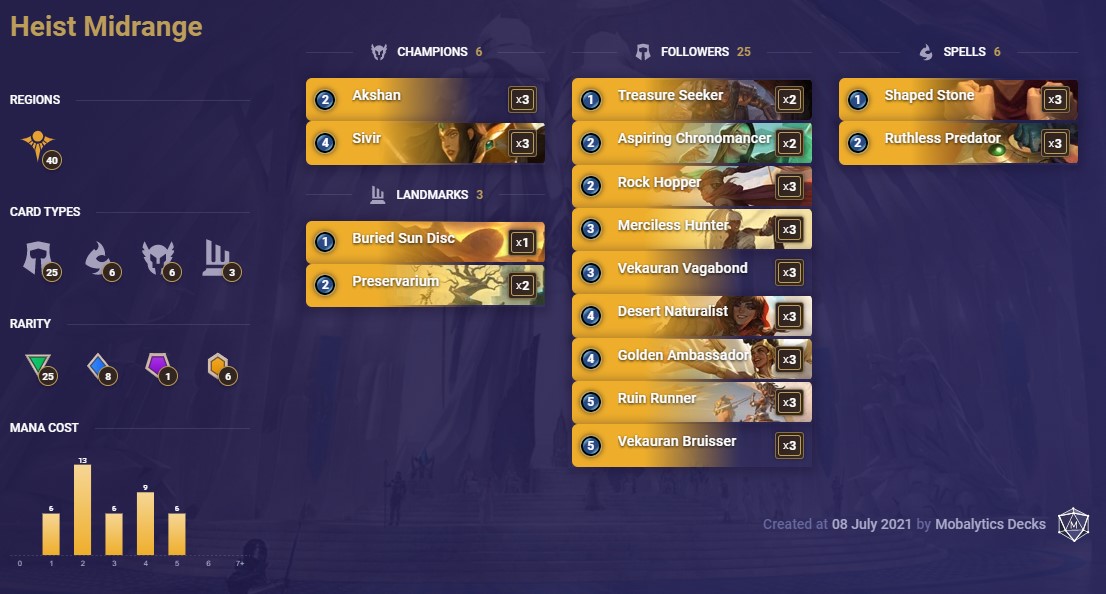 What if all along the Sun Disc was just meant to be a bonus for when we wanted to run mono Shurima anyway? Getting a 39 card deck with the ability to run a 4 mana 5|4 that can audible into destroying important landmarks? Sign me up.

We’ve got solid early and midgame with good blockers and beaters. The tempo ramps up as we get into Sivir, Ruin Runner, and Desert Naturalist. And then if the solid bodies and vulnerable triggers tearing apart our opponent’s board aren’t enough, Akshan provides some scary inevitability.

Round it out with the premier Shurima Allegiance card getting us some extremely overstated champions and just a small sprinkling of card draw and predict for spice and consistency and you’ve got yourself a pretty sweet brew. Not to mention the poor Thralls decks that will run in fear of triple Desert Naturalist. Good times. 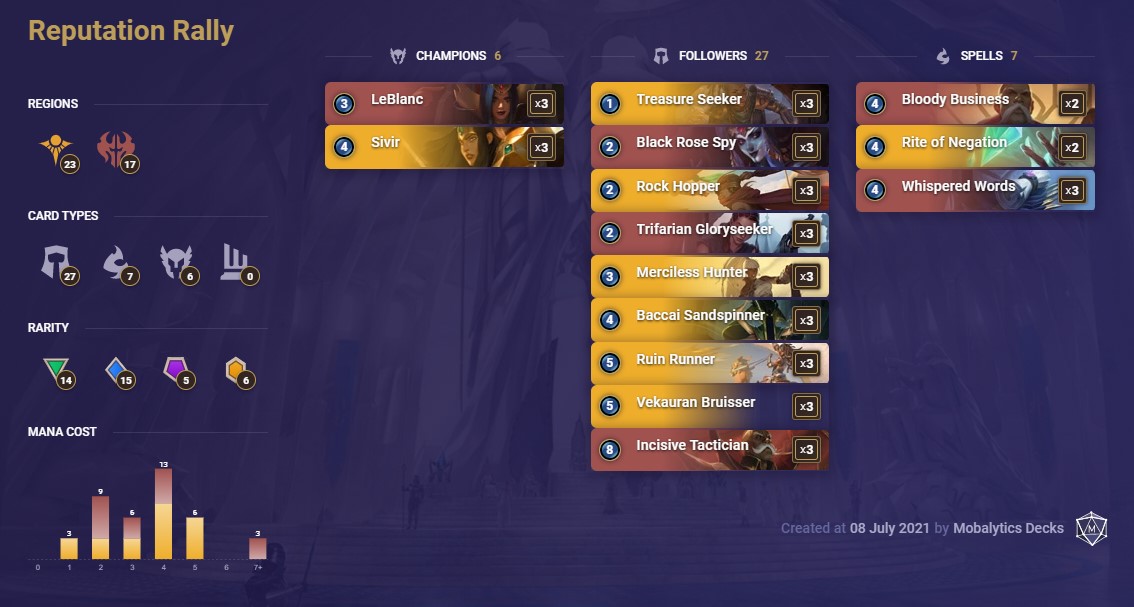 Since we’re a little short on reveals today I figured I’d throw in the second one of my little theory-crafted brews. Reputation is an archetype that I have always loved and keep looking for ways to make work. With Vekauran Bruiser it may finally have hit the necessary consistency levels.

Once this deck gets running there is absolutely no stopping it. An incisive Tactician coming down onto any type of board is absolutely brutal. It only gets worth it if LeBlanc or Black Rose Spy is there to copy him, or Bruiser shows up to generate additional value with every swing.
The deck might not look the most interactive but with nine pieces of Vulnerable and some Challenger to boot your opponents will have a hard time hanging on to key pieces on their backline.

With a strike or a Deny showing up to close out a game and Whispered Words providing some much-needed cheap card draw, this is one that is near the top of my list to test out as soon as the new set drops.