Rise of the Underworlds Spoilers Day 5

We’ve seen the Shuriman side of Lurk, those who under-dune beasts waiting to rise up and devour the unwary. Today though we’re dipping our toes into Bilgewater bay and bringing you those that lurk beneath the waves.

I’m Jordan “WhatAmI” Abronson and Pyke might not be here quite yet, but his buddies are looking to pave the way for him. Let’s check them out.

Here are the new LoR cards for Bilgewater from the Rise of the Underworld expansion:

This looks to me to be a solid side grade of one of my old favorites Hired Gun.

The stat-line is significantly lower, but it makes up for that with its Lurker synergies and ability to choose your target rather than just having to settle for the largest catch you can find.

Expect to see this fish as a solid removal-based role-player in the bilgewater variations of the Lurk archetype. 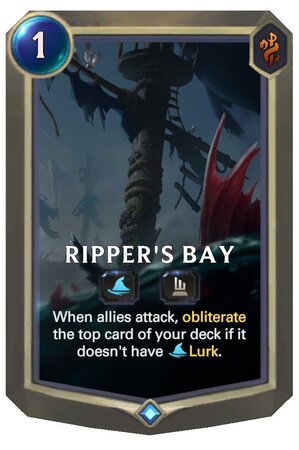 Maybe the added consistency is a bigger deal than I think it is here but my first impression of this one is a solid “eeeeh?”.

It feels like to utilize this you are either giving up a potential attack or slowing down your curve out, neither of which sound particularly fun in the style of deck this looks to be.

Not to mention that you will be limited to a five-wide board and you’re paying a full card that won’t do any precious nexus damage on its own.

Perhaps hitting those triggers will be a big enough deal to justify these costs, but given what I’ve seen I don’t think it is just yet. 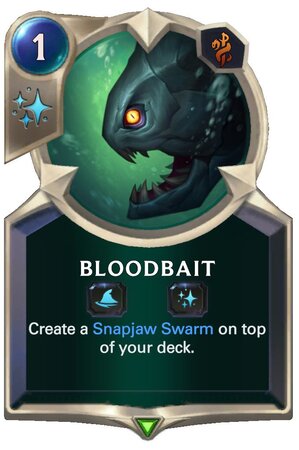 This one on the other hand feels solid. You are still losing a point of card advantage, which always hurts, but you are effectively guaranteeing your Lurk trigger and likely giving yourself a second one next turn.

Just as if not more importantly, it’s a spell with Lurk. I’ve said it before and I’ll say it again spell-slots are going to be at a premium in any lurk deck because you want as many lurkers in the deck as possible. Having things to do with your spell mana is a big deal in Legends of Runeterra and this qualifies. 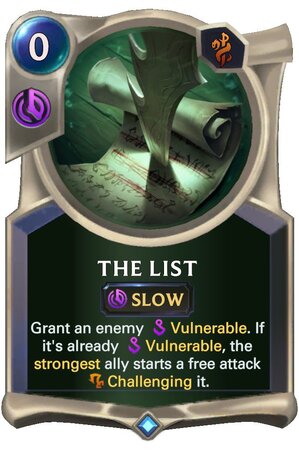 Okay, so zero mana cataclysm sounds pretty fun, eh? This looks like a card that is going to play well with a whole bunch of different archetypes. If Bilgewater/Ezreal is ever a thing again this seems nasty. It’ll do some craziness with Miss Fortune or Quinn if they can bend the deck a bit to include some Vulnerable triggers.

And let’s not forget the theme of today, the lurkers. This is another solid way to get our Lurk triggers building on turns when we don’t have the attack token. I would be extremely surprised if we don’t see The List making waves in at least one if not multiple archetypes. 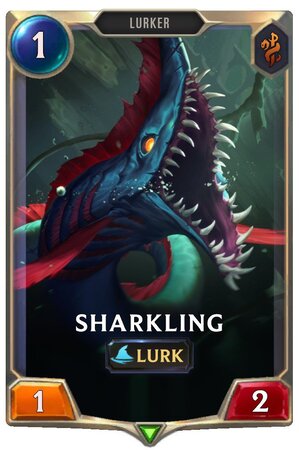 Simple, sweet, to the point, exactly what this archetype wanted.

We needed a couple more solid one drops we could play that would get our engines running as early as possible and this little dude fulfills that role perfectly.

Expect any Lurk Bilgewater deck to start with three of these, ‘nuff said.

While I’d love to brew with all the new Bilgewater Lurk cards we’ve got here, trying to do so without knowing how Pyke will work seems a little silly. Instead, we’ll focus on The List and see if we can find it a cool home. 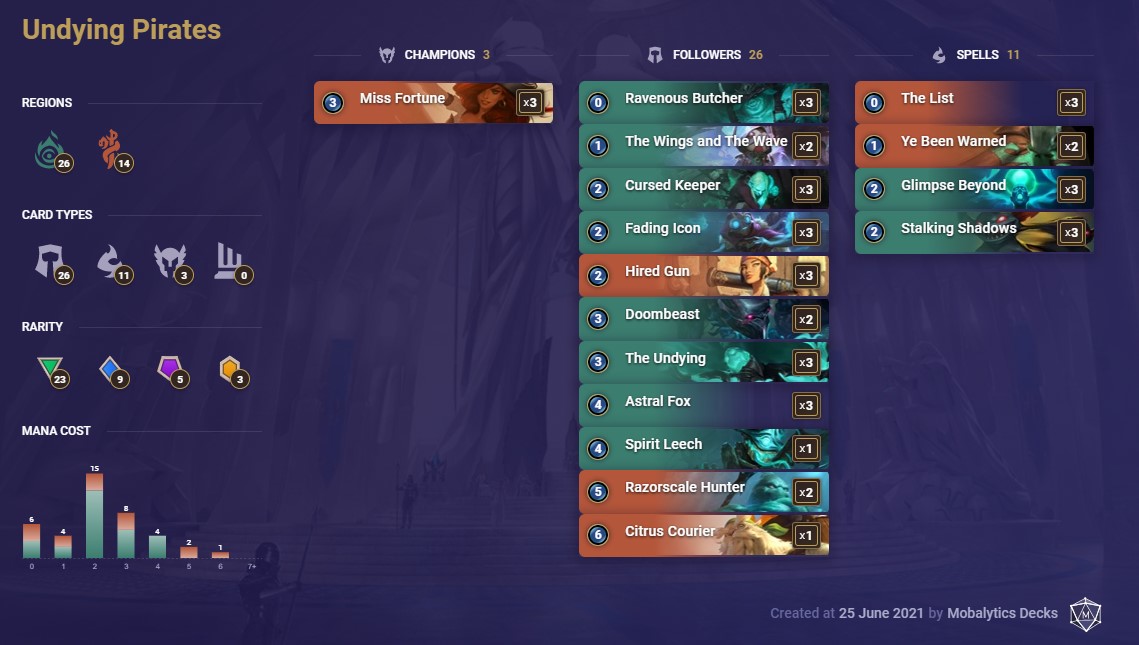 The idea of the Undying Vulnerable deck has been kicking around for an awfully long time.

Like all decks, it was originally made by Mogwai but it’s had a few different champions over the seasons including yours truly.

With The List and Astral Fox coming to the foreground I think there is reason enough to dust this one off and see if aggression, card draw, hard-to-answer threats, and multiple attack steps are a good enough combination to see competitive play.